Home of the Kentucky Derby
Calendar 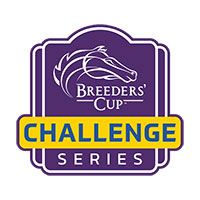 A one-day handicapping contest that will award players large prize money along with seats to the Breeders' Cup Betting Challenge will be staged on Saturday, Aug. 13 for the special Arlington Million Day at Churchill Downs. The live-money contest will take place on-site at Churchill Downs and have a $2,500 entry fee with $2,000 to be used as the player's bankroll. The other $500 will go to the prize pool. In the contest, each contestant must wager at least $2,000, and a minimum of $500 must be bet on at least two races during the Churchill Downs card. Contestants may wager any amount in Win, Place, Show, Exacta, Trifecta or Daily Double pools. At the end of the card, contestants will keep all winnings.

* Pricing is subject to change, is based on availability, and only includes the initial dining rooms listed as available for the given race day.


* Pricing based on what dining rooms are initially available for regular race days.
** Complimentary racing program available at entry gates while supplies last.

Sign Up for Latest in Racing News
Thank you to our sponsor
© 2022 Churchill Downs Incorporated. All Rights Reserved.