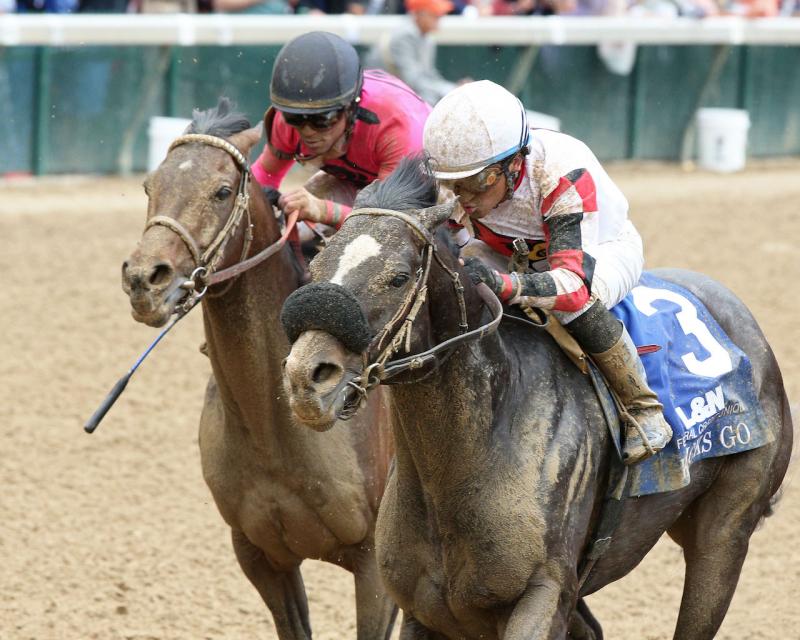 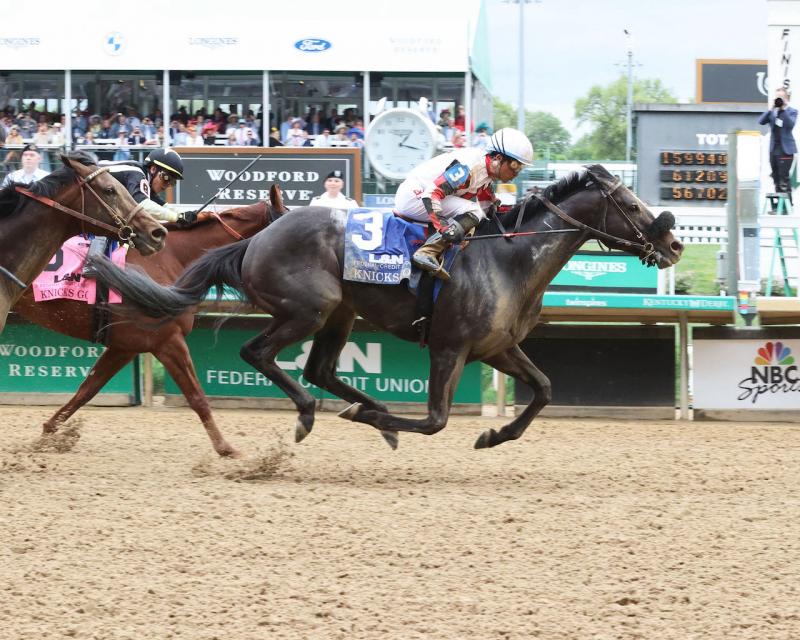 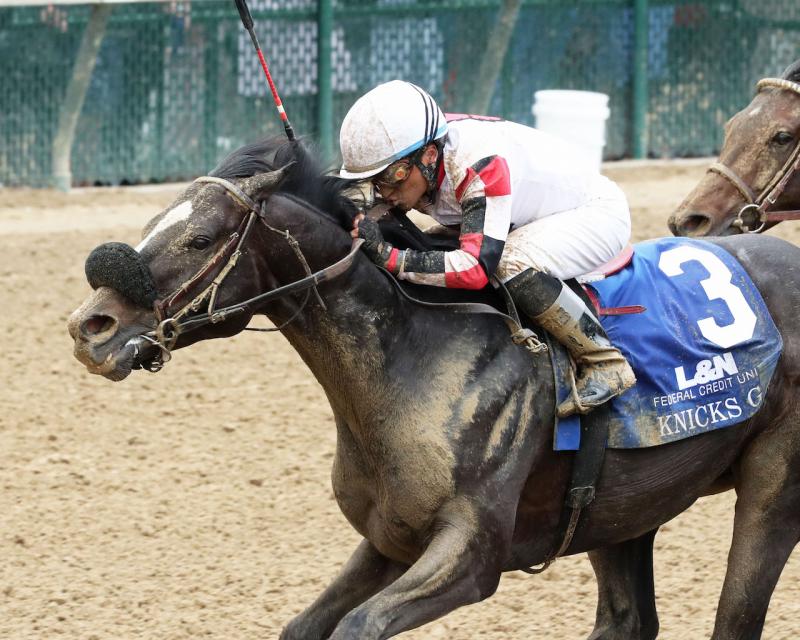 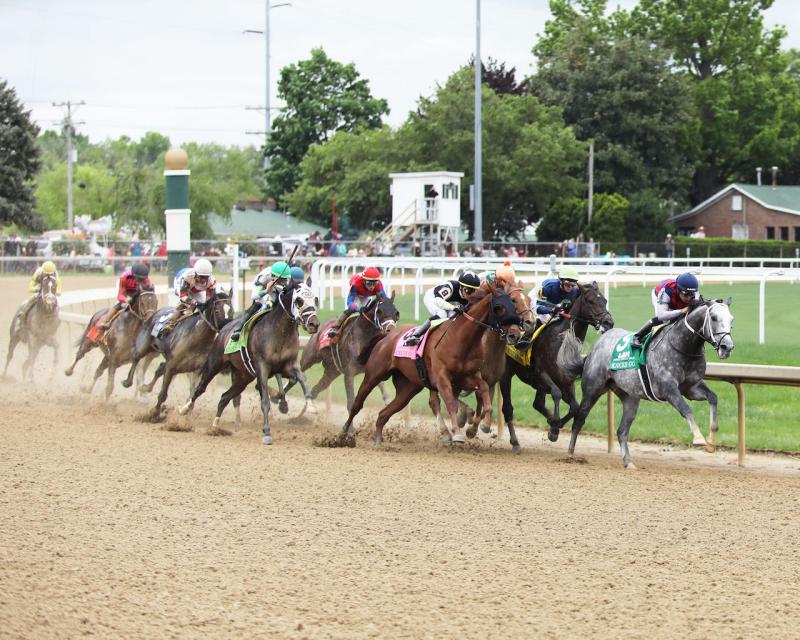 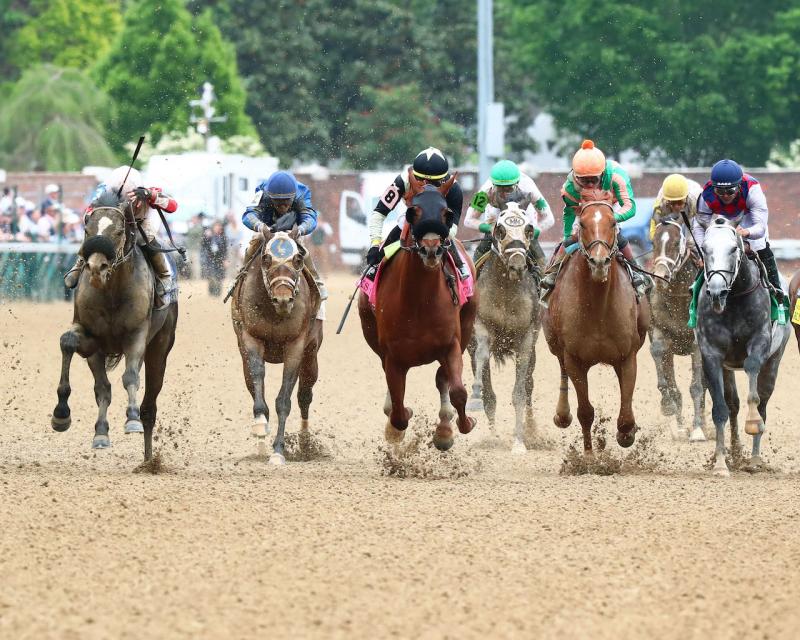 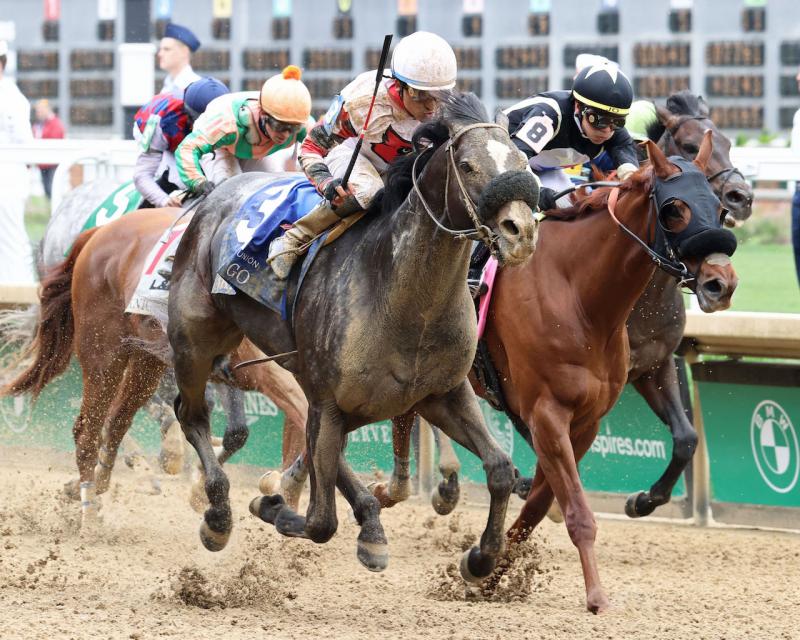 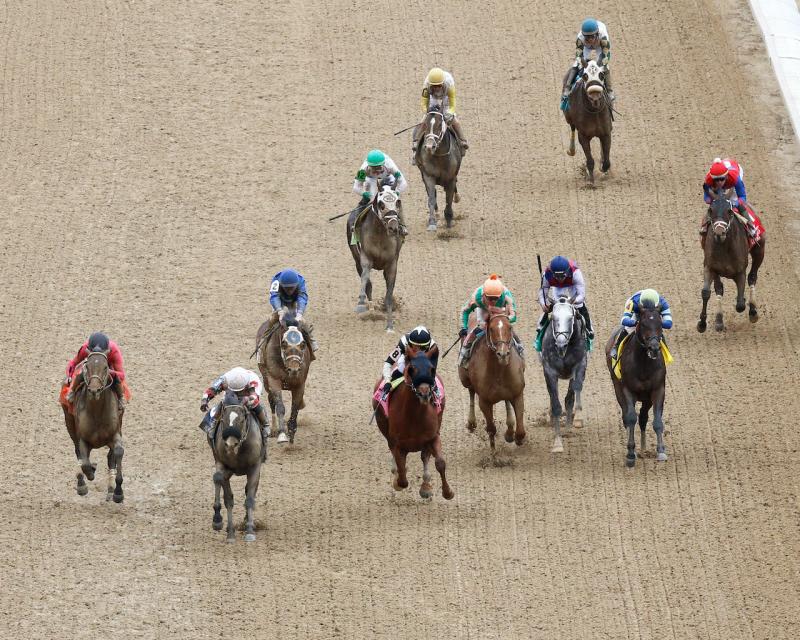 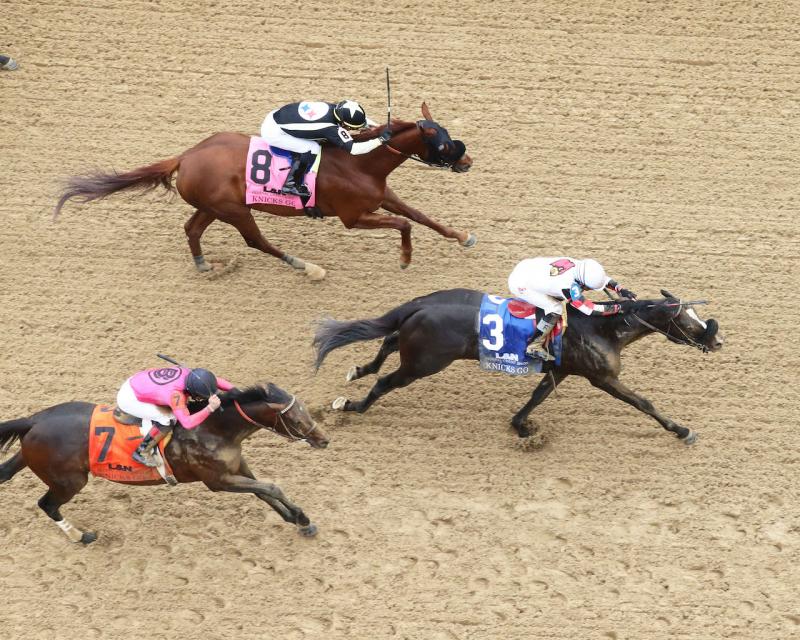 David Miller’s Three Technique surged from far back to win the inaugural running of the $160,000 Knicks Go Overnight Stakes presented by L&N Federal Credit Union for 4-year-olds and up by a length over Injunction Saturday afternoon.

Trained by Jason Cook and ridden by Rafael Bejarano, Three Technique completed the mile on a fast track in 1:35.48.

Going into the far turn, Dream Shake and Injunction put the pressure on Gun It as Bejarano moved to the outside to begin a five-wide move toward the leaders. Getting clear at the head of the lane, Three Technique continued his surge to drive past Dream Shake at the sixteenth pole and on to victory.

Rafael Bejarano (Jockey, Three Technique, winner) – “The horse had a good trip. I finally got him in the clear this time. The horse was ready today and I was very happy for him and the owners.”

Jason Cook (Trainer, Three Technique, winner) – “I wanted my daughter (Payton) to make it to the Derby. This is her first Derby. I swear I thought this horse would win the whole time. He was just doing so good.”

Jose Ortiz (Jockey, Injunction, second) – He broke good and put me into a good position. I just waited for the right time to go and the winner ran me down and was just better than me today.” 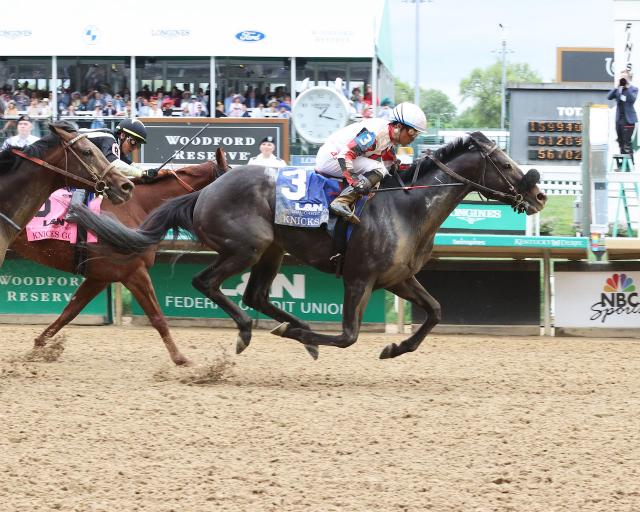