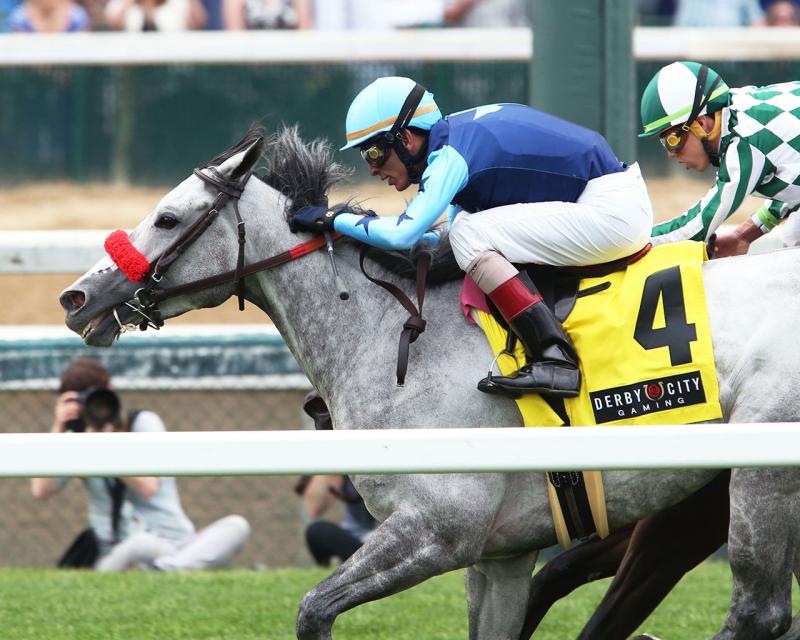 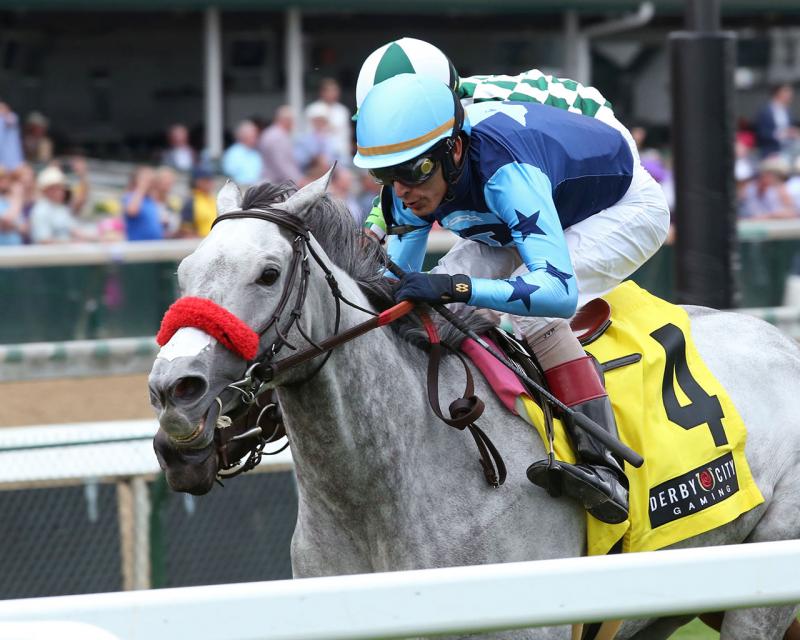 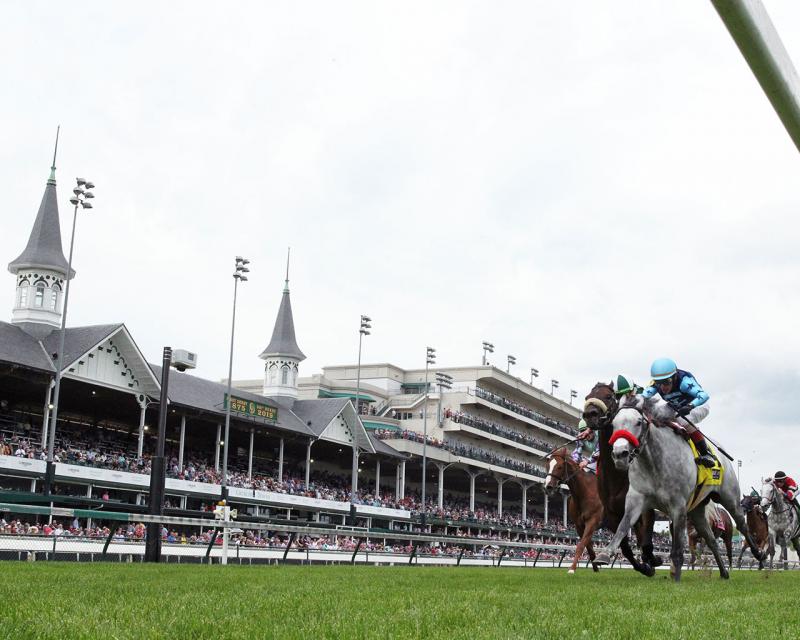 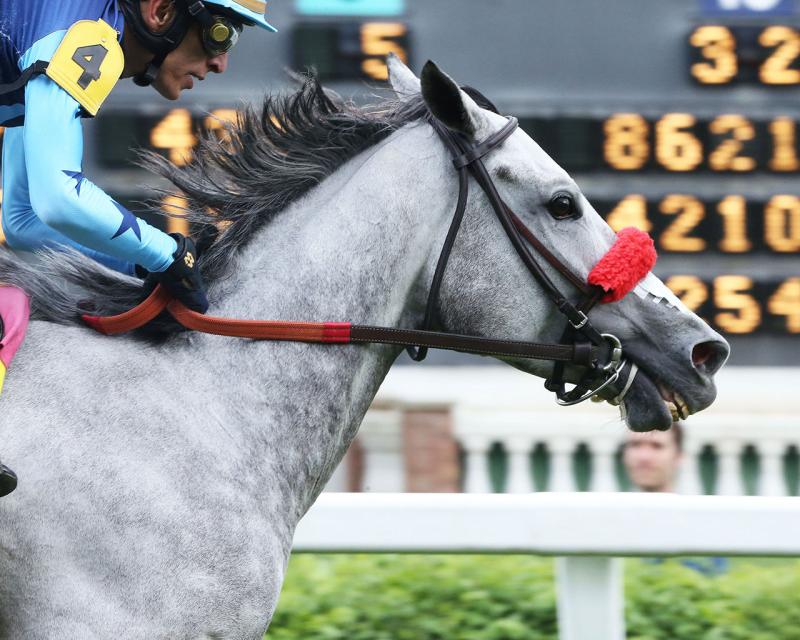 LOUISVILLE, KY (Thursday, May 2, 2019) – Christopher Johnson’s A Little Bit Me, surged by favored Morticia in deep stretch to post a neck victory in the ninth running of the $125,000 Unbridled Sidney for fillies and mares before a record Thurby crowd of 48,212.

Trained by Richard Baltas and ridden by John Velazquez, A Little Bit Me covered the 5 ½ furlongs on a firm Matt Winn Turf Course in 1:04.57.

Surrender Now led the field of nine through fractions of :22.90 and :47.07 with Morticia in closest pursuit and A Little Bit Me racing in fifth. In mid-stretch, Morticia surged to the front and established a daylight advantage until Velazquez split horses to her inside and surged past in the shadow of the wire.

It was another two lengths back to Suurender Now, who was followed in order by Ruby Notion, Luvin Bullies, Ms Meshak, Lady Suebee and Spy Ring (IRE).

Earlier on the Thurby card, Marc Detampel’s Siem Riep led all the way to win the 14th running of the $116,300 Opening Verse for 3-year-olds and up by 1 ½ lengths over Hembree.

Trained by Ben Colebrook and ridden by James Graham, Siem Riep covered the mile on a firm Matt Winn Turf Course in 1:35.07.

Siem Riep, a 5-year-old Kentucky-bred son of Tapit out of the War Chant mare Amansara, took the lead out of the gate and led the field of 10 through fractions of :23.93, :47.40 and 1:11.18 while maintaining a daylight advantage.

In the stretch, no one threatened the winner who produced the highest win payoff ($72) in the history of the race.

It was another nose back to First Premio in fourth with Om, Monarchs Glen (GB), Hot Springs, Parlor, Kencumin (FR) and Profiteer following in order.

Kentucky Oaks Day is Friday with a 13-race program beginning at 10:30 a.m. (all times Eastern).

JOHN VELAZQUEZ (rider of A Little Bit Me, winner) – “(Trainer) Richard (Baltas) was pretty straightforward with his instructions and told me to ride her with confidence. Once we broke, we got into a pretty comfortable position. She really dug in well late and tried hard to get the win.”

RICHARD BALTAS (trainer of A Little Bit Me, winner) – “All credit to my owner (Christopher Johnson) for the claim. He picked her out. She’s a nice horse. When she ran the other day at Keeneland, she got away bad and the rider didn’t push on her. He wrapped up and protected her. He worked her for me and liked the work. He thought she’d do well here and he was right.”

IRAD ORTIZ JR. (rider of Morticia, runner-up) – “She’s such a tough horse. Even when she got passed late she dug back in to try and beat her. It was a really tough beat.”

Jack Bohannon (assistant trainer of Morticia, runner-up) – “That one was a tough pill to swallow. She ran incredibly well. It was a really difficult beat.”

JAMES GRAHAM (rider of Siem Riep, winner) – “He broke so well and it was easy to get right to the front. I got him in a good rhythm down the backstretch so I could save some of his energy for when we turned for home. It worked out perfectly.”

BEN COLEBROOK (trainer of Siem Riep, winner) – “It was an emotional win after a whirlwind 24 hours. It’s exciting that this horse finally broke through for a stakes win – he’s been knocking on the door all last year. He beat some quality horses this afternoon. They let him run on the lead this afternoon and he proved to be dangerous.”

JOSE ORTIZ (rider of Hembree, runner-up) – “I had a good trip and he gave me a good late run. That winner just wasn’t coming back to us.”