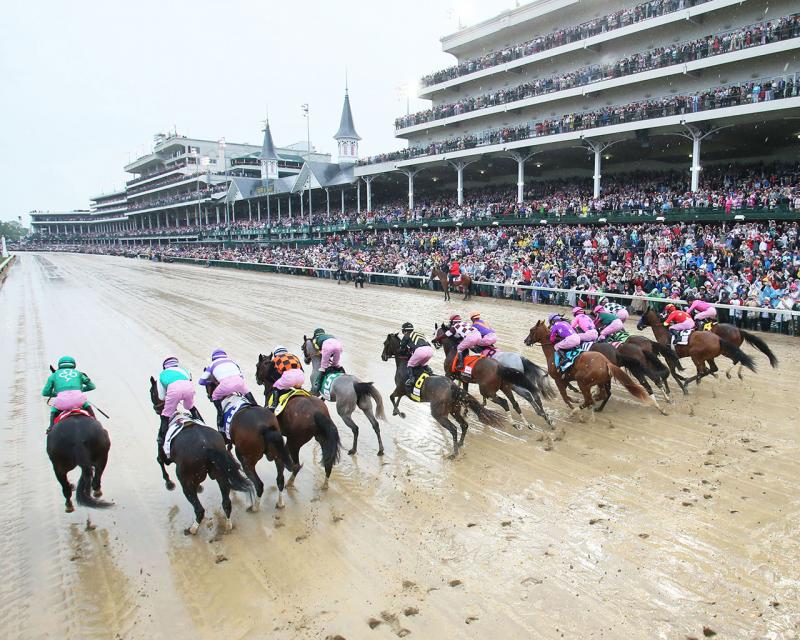 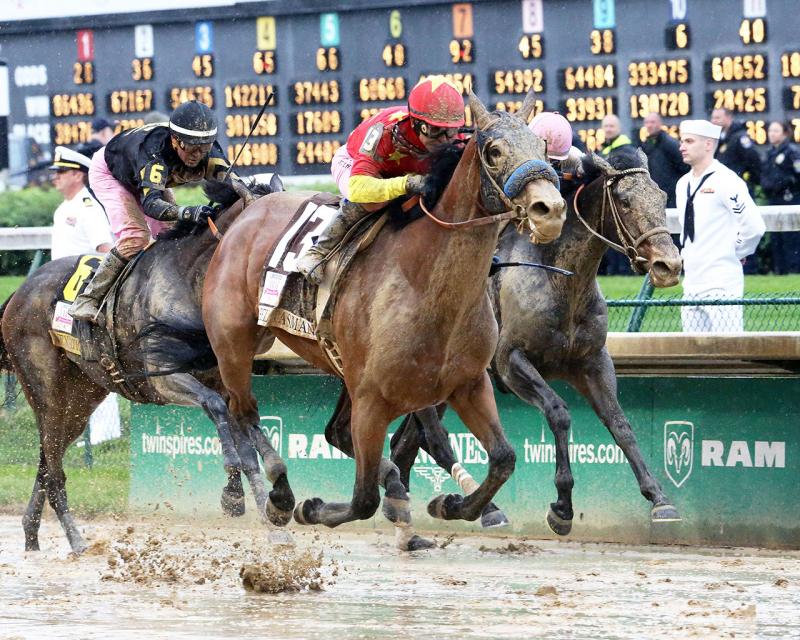 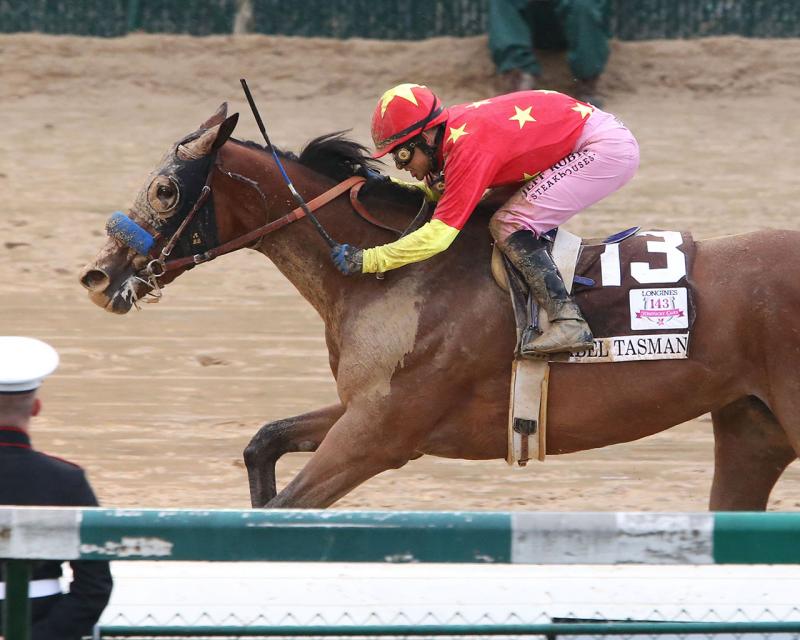 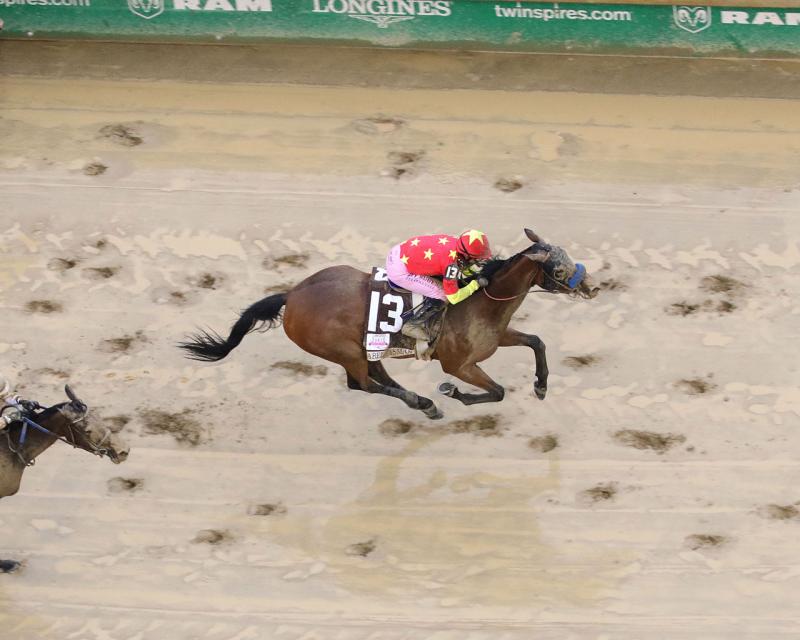 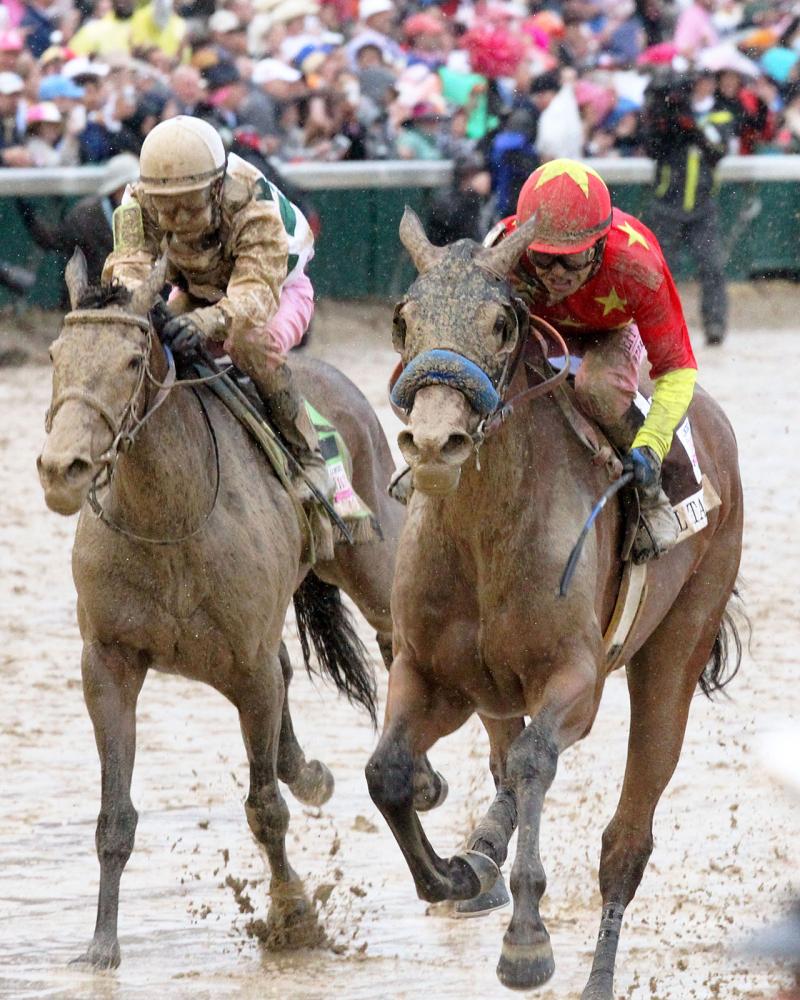 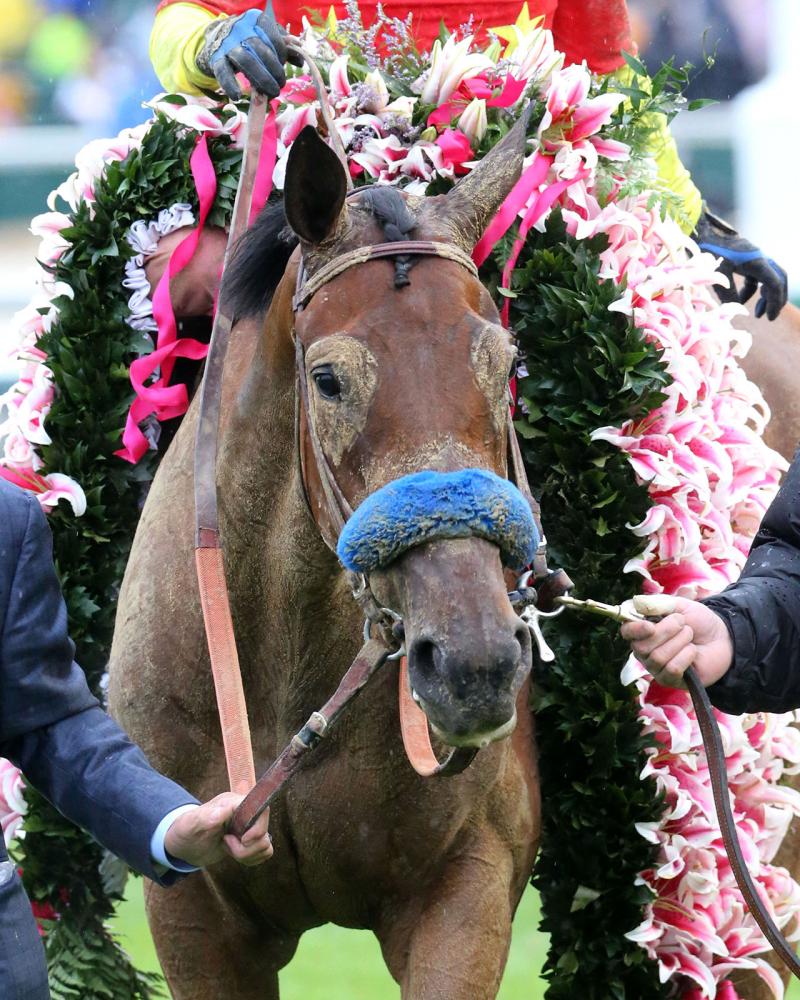 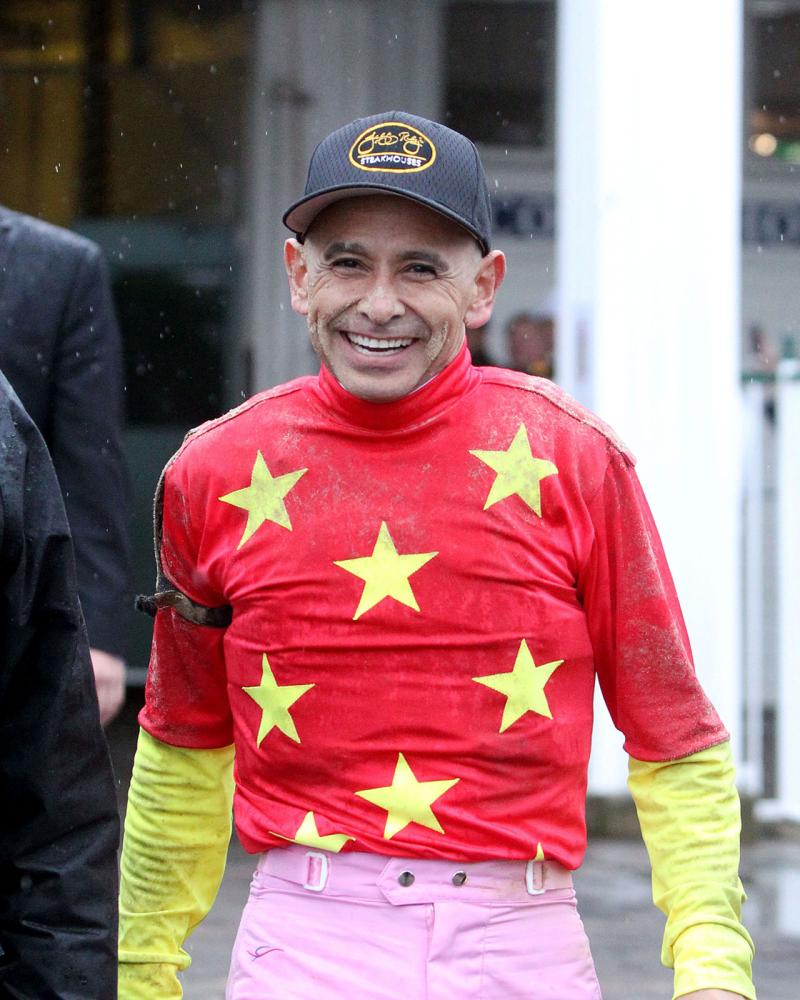 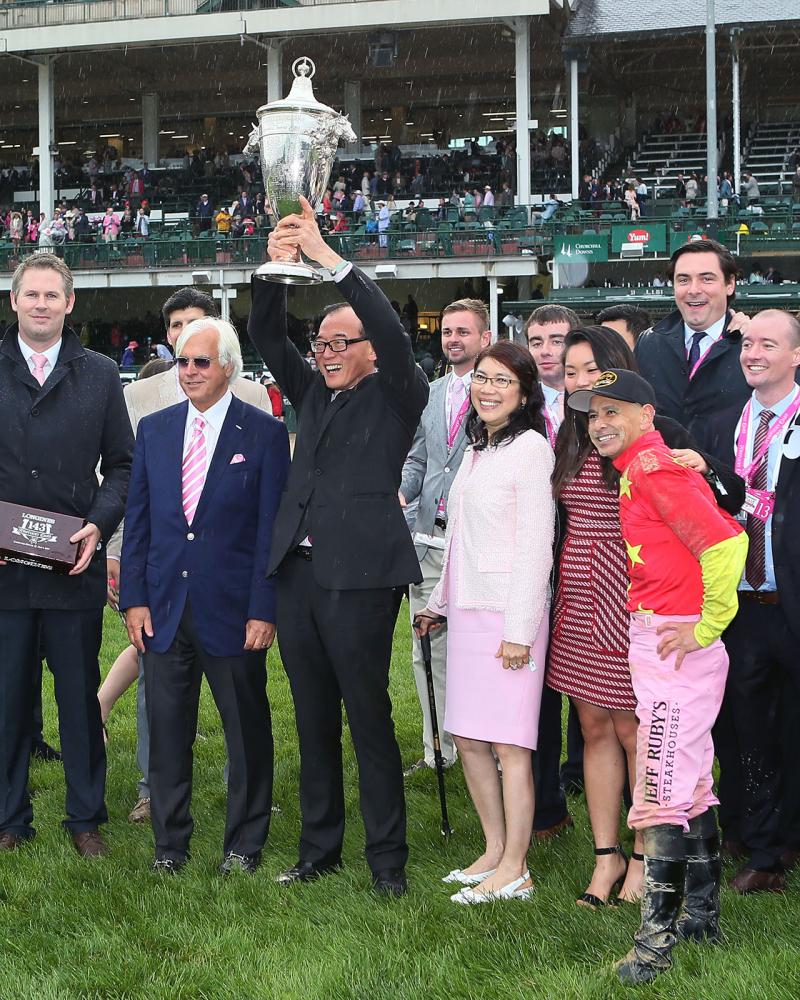 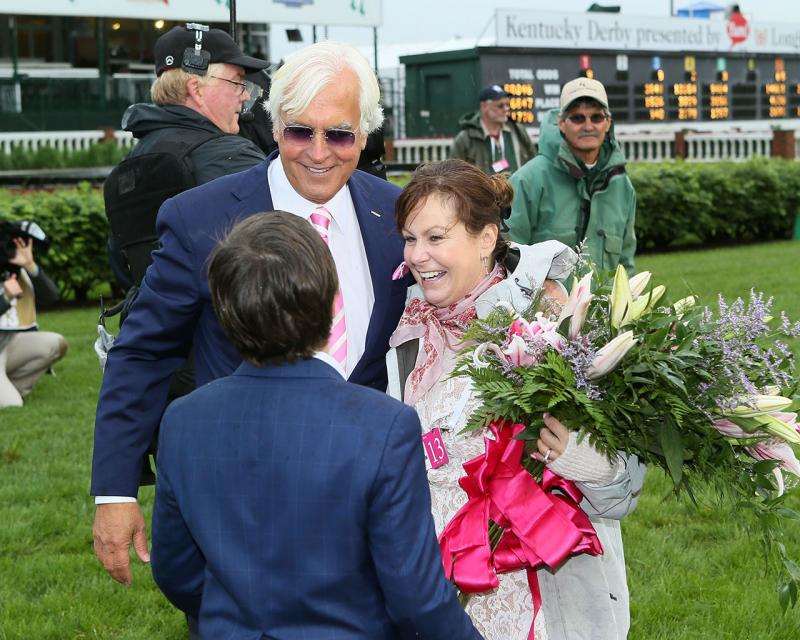 LOUISVILLE, Ky. (Friday, May 5, 2017) – China Horse Club and Clearsky Farms’Abel Tasman rallied from far back and then held off a late bid from Daddys Lil Darlingby 1 ¼ lengths to win the 143rd running of the $1,000,000 Longines Kentucky Oaks (Grade I) for 3-year-old fillies before a crowd of 105,100 on a cold and rainy Friday afternoon at Churchill Downs.

Trained by Bob Baffert and ridden by Mike Smith, Abel Tasman covered the 1 1/8 miles on a sloppy track in 1:51.62.

Favored Paradise Woods and Miss Sky Warrior blazed through fast early fractions of :22.79 and :46.24 with Abel Tasman racing at the rear of the field. The two leaders continued their duel into the far turn with Paradise Woods the first one to crack but by then the rest of the field was closing in.

Smith had Abel Tasman in the clear outside of horses and swept to the lead at the eighth pole and had more than enough to hold off Daddys Lil Darling.

Abel Tasman is a Kentucky-bred daughter of Quality Road out of the Deputy Minister mare Vargas Girl.

It was another half-length back to Vexatious, who was followed in order by Salty,Sailor’s Valentine, Tequilita, Miss Sky Warrior, Ever So Clever, Mopotism, Paradise Woods, Jordan’s Henny, Wicked Lick and Farrell. 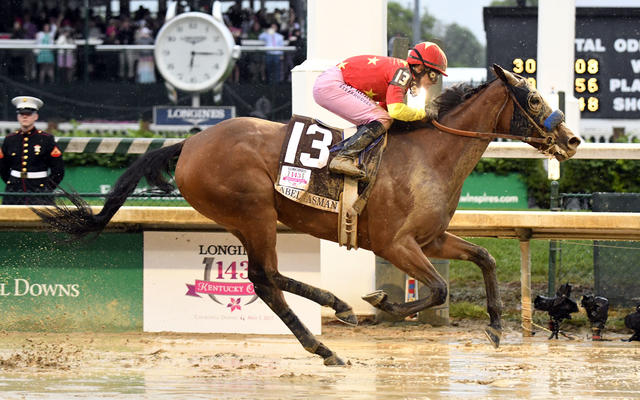