Merrill Scherer is only a few weeks away from his 80th birthday but the lifelong horseman with more than six decades of experience in the sport continues to show a sharp eye for conditioning horses.

“I’ve done a lot and seen a lot in this game but you always see something new every day,” Scherer said as he thumbed through a pile of old photos on his desk inside Barn 46 at Churchill Downs. “These photos were on the wall at Fair Grounds. I need to figure out where to put them in here. Here’s one of me from back in 1956. I was 17 years old at the time, grooming three horses a day. It may not seem like a lot now but back then it would take you all day to groom three of them. Age is only a number in the sand – at least that’s what I keep telling myself.”

Scherer grew up in Louisiana and began going to Fair Grounds with his father, George. His first memory of the racetrack came when he was introduced to trainer Ralph Hughes.

“Somehow my dad knew this trainer named Ralph Hughes,” Scherer said. “He took us back to the barn and he let me walk one of his horses. I was 9 years old at the time. We walked one corner and the next thing you know the horse drug me down the street and we never made it to the other side of the barn.”

Scherer would visit the racetrack on weekends with his father and after he finished his junior year of high school he decided to go to Cleveland, Ohio to work as a groom.

“One summer after I finished high school I jumped on a Greyhound bus and went to Ohio to follow one of my friends who was a jockey,” Scherer said. “It took 36 hours back then to get there because there weren’t any interstates. We passed through Kentucky which was pretty neat to see. We went right by Calumet Farm and I almost jumped off the bus seeing all of the beautiful, white fences. I made it up to Cleveland and started working as a hot walker.”

After a couple years in Ohio, Scherer moved to New England and began working for trainer Buck Harper. That job lasted until 1962 when Scherer took out his trainer’s license and bought his first horse, Wooded Acres.

Scherer has spent the majority of his career based in the Midwest with stints in Illinois, Kentucky and Louisiana. It wasn’t until 1993 when he won his first graded stakes race with Little Bro Lantis in the Stars and Stripes Handicap (GIII) at Arlington. Since statistics started being regularly kept for horse racing in 1976, Scherer has won 1,410 races with earnings of more than $24.6 million.

In 2017 tragedy struck Scherer as his son, Richie, passed away from kidney cancer. He was 53. Richie helped his father during the summers as a teenager and was a trainer from 1985 until he passed away.

“(Richie) is up in heaven right now probably having a hell of a conversation with my father and Spec Alexander (Keeneland’s longtime starter who passed away Monday),” Scherer said.

The Scherer family has deep roots in the horse racing industry. Aside from Richie, Scherer has five other sons: Clay, Eric, Gary, Merrill and Ryan. Gary began training in 2001 and is stabled at Canterbury Park and Fair Grounds. Clay currently works as a bloodstock agent and Eric is a member of the starting gate crew.

“Life is always interesting when we get everyone together,” Scherer said. “One thing is for sure, it’s not quiet.”

Scherer has about eight horses in his care at Churchill Downs and plans to remain in Kentucky until Fair Grounds’ meet begins in November.

Limari, a 4-year-old filly by Medaglia d’Oro, was transferred to trainer Brad Cox’s stable last year from previous conditioner Jerry Hollendorfer. Since arriving in Cox’s care, Limari has reeled off four victories and a runner-up effort. The homebred will once again be united with jockey Florent Geroux and break from post No. 7.

Stave is cross-entered Friday at Churchill Downs in a one-mile allowance contest and is expected to scratch from the Old Forester Mint Julep, according to trainer Larry Jones.

The Old Forester Mint Julep, a 1 1/16-mile test over the Matt Winn Turf Course, has been carded as Race 10 on Saturday’s 11-race program with a post time of 5:26 p.m. (all times Eastern). Churchill Downs’ traditional early June stakes event serves as a prelude to a simulcast of horse racing’s third and final jewel of the Triple Crown, the $1.5 million Belmont Stakes (GI) from New York’s Belmont Park, which will be shown on “The Big Board” – Churchill Downs’ massive outdoor video screen – and other television monitors throughout the facility after the final race at approximately 6:37 p.m. Post time for the first race at Churchill Downs is 12:45 p.m. and admission gates will open at 11:15 a.m.

THIS WEEK AT CHURCHILL DOWNS – The simulcast of Saturday’s Belmont Stakes is the centerpiece of an action-packed, four-day, Thursday-Sunday racing week at Churchill Downs.

The Twilight Thursday Presented by Blue Moon abbreviated eight-race program starts at 5 p.m. and is highlighted by $1 Blue Moon and select domestic beer drafts, food trucks, live funk and soul music on the Plaza stage by Soul Circus, lawn games and one-on-one handicapping advice from Racing 1.0. There also is a $30,613 carryover in the 20-cent Single 6 Jackpot in Races 3-8 and a $4,505 carryover in the $1 Super Hi-5 in Race 8.

Friday is dubbed as “Senior Day” at Churchill Downs and guests 60 and older can enjoy lunch on Millionaires’ Row for only $24. To purchase tickets, contact the Churchill Downs sales department at (502) 636-4450 or email [email protected]. First post for Friday’s nine-race card is 12:45 p.m.

Advance wagering on Saturday’s 151st Belmont Stakes (Grade I) from Belmont Park will be offered all day Friday at Churchill Downs. Admission gates open Friday at 11:15 a.m. and the first of nine races is 12:45 p.m. General admission is $5 and includes a program.

Similar to Churchill Downs’ popular Oaks/Derby Double, the New York Racing Association (NYRA) will offer a pair of two-day doubles: the New York/Manhattan Double, which has a $100,000 guaranteed pool, and the $300,000-guaranteed Belmont Gold Cup/Belmont Stakes Double. There also is a $500,000 guaranteed Late Pick 4 from Belmont on Races 8-11.

Fans are invited to watch the 151st running of the $1.5 million Belmont Stakes (GI) Saturday on Churchill Downs’ massive Big Board. The 13-race program at Belmont is a stakes bonanza with 10 overall, including six Grade I events. The action begins at 11:35 a.m. so Churchill Downs will open its admission gates early at 11:15 a.m.

The pomp of the Belmont Park action will be featured prominently at Churchill Downs on Saturday with the simulcast of the 1 ½-mile Belmont Stakes scheduled for 6:37 p.m., which follows the final live race at 5:58 p.m. Video and audio of a majority of the stakes races from Belmont will be shown between races on the track’s massive Big Board when they don’t conflict with live action.

Guests at Churchill Downs will have an opportunity to enjoy New York-themed food offerings in select dining rooms and concession stands, including chicken parmesan sliders. Also, Levy Restaurants will sell the Belmont Jewel – the official drink of the Belmont Stakes (includes Woodford Reserve, lemonade, pomegranate juice and orange zest). Last call for drinks on Saturday will be “Call to the Post” for the Belmont Stakes, and all dining rooms will remain open through the big race.

The hosts of “Inside Churchill Downs” – Churchill Downs Racetrack’s Darren Rogers and Kevin Kerstein – will preview Saturday’s Churchill Downs and Belmont Park racing action with special guests on their 6-7 p.m. show that airs every Friday on ESPN 680/105.7. Those outside the Louisville area can listen live online at http://www.espnlouisville.com/ or download a podcast of the show after its completion.

General Admission to Churchill Downs on Saturday is $7, reserved seating is $12 and reserved dining packages are $51. General admission for the racing cards on Thursday (5 p.m. first post), Friday (12:45 p.m.) and Sunday (12:45 p.m.) is $5, with reserved seating at $12 and dining at $41. Churchill Downs has a special Stakes & Eggs brunch in the Stakes Room on Sunday for $45. Tickets can be purchased in advance online at ChurchillDowns.com/Tickets. 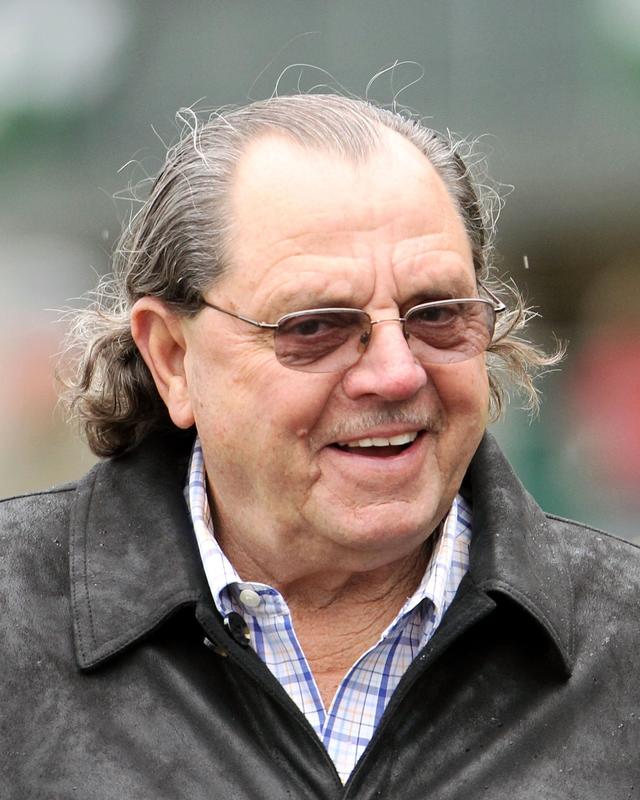