LOUISVILLE, KY (Wednesday, Sept. 2, 2020) – Voodoomon Racing’s Ambassador Luna surged to the front in the upper stretch and went on to post a 2 1/4-length victory over Tomlin to win the 10th running of the $145,500 Unbridled Sidney for fillies and mares.

Trained by James Gulick and ridden by Julien Leparoux, Ambassador Luna covered the 5 ½ furlongs on the fast main track in 1:03.56. The race originally was scheduled for the turf.

Making her first start on dirt in her 12-race career, Ambassador Luna sat just off a speed duel between favored Break Even and Stonewood through an opening quarter-mile in :21.55. At the head of the lane, Ambassador Luna moved by the leaders and had enough in the tank to repel all challengers.

The victory was worth $93,000 and increased Ambassador Luna’s earnings to $202,558 with a record of 12-4-2-2. Ambassador Luna is a 4-year-old Florida-bred daughter of Brethren out of the Spanish Steps mare Spanish Ambassador.

Two stakes are on the card highlighted by the 52nd running of the $200,000 Pocahontas (GIII) for 2-year-old fillies going a mile on the main track.

The Pocahontas is the first race on the Road to the 2021 Kentucky Oaks (GI) with 17 points up for grabs on a 10-4-2-1 scale to the first- through fourth-place finishers. The Pocahontas also is a Breeders’ Cup Challenge race with the winner earning a berth in the $2 million Breeders’ Cup Juvenile Fillies (GI) to be run Nov. 6 at Keeneland.

Julien Leparoux (winning rider, Ambassador Luna) – “It was a good race for her. It was a short field, first time on dirt. The two speed (horses) went on and we sat right behind them. She was striding very good on it. I was patient. When we turned for home, she finished very good.”

James Gulick (winning trainer, Ambassador Luna) – “We are so thrilled for the owner and for this horse. We have some options now moving forward with her taking to the dirt. She ran a really solid race last time out at Ellis and returned today with a really strong effort.” 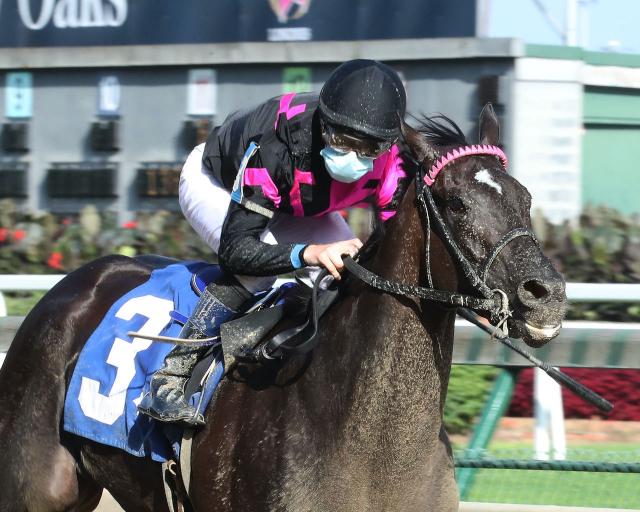