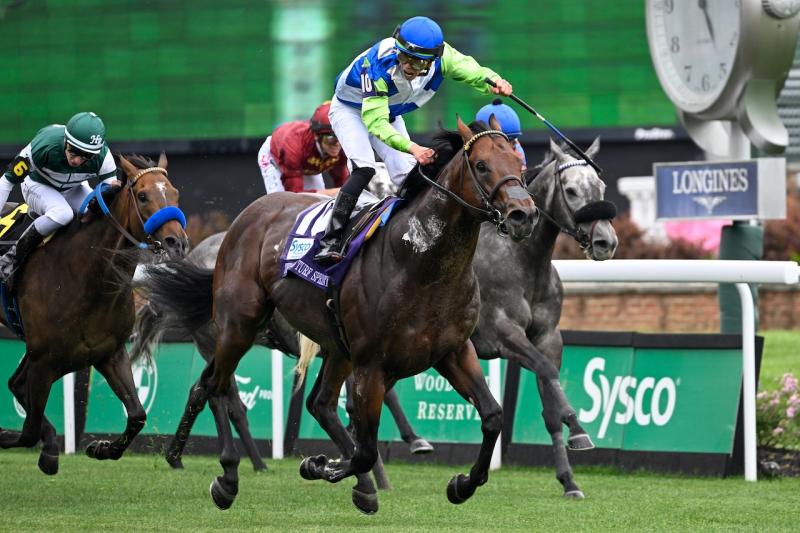 Lael Stables’ homebred Arrest Me Red took control at midstretch and pulled away for a 1 ¾-length victory in the 28th running of the $500,000 Twin Spires Turf Sprint (GII) presented by Sysco for 3-year-olds and up Friday afternoon at Churchill Downs.

Trained by Wesley Ward and ridden by Irad Ortiz Jr., Arrest Me Red completed the 5 ½ furlongs on a firm Matt Winn Turf Course in 1:04.18. It is the second victory in the race for both Ward and Ortiz.

Just Might and Johnny Unleashed emerged from a multi-horse scramble for the lead through and opening quarter-mile of :22.86 with Arrest Me Red tracking the top two from the three path.

Turning into the stretch, Arrest Me Red overhauled the leaders, getting the jump on his pursuers and had enough left to secure the victory.

Irad Ortiz Jr. (Jockey, Arrest Me Red, winner) – “I know my horse, he doesn’t want to be on the lead. It was gonna be a fast pace, and he put me in a great position without using too much, so I was happy where I was. I rode him last time 5 1/2 furlongs at Gulfstream and he ran well. He needed the race maybe. I work him in the mornings and I was very positive coming into the race.”

Wesley Ward (Trainer, Arrest Me Red, winner) – “He broke really well. You never know how it’s going to go on the soft turf when they’re up there on the pace. They were pressuring Irad (Ortiz Jr.) from the outside and he told me he decided to take back a little. He got a little breather. They were a little wide coming around the turn, but when they got to the quarter pole I could see he still had quite a bit of horse. I was crossing my fingers down the lane that no one was coming. We got lucky and won. He ran huge. I’m grateful to the (owners) Jacksons (Lael Stable) for sending him to me.”

Vincent Cheminaud (Jockey, Bran (FR), second) – “My horse gave me a good try. I had to lose some ground from the outside. Sometimes riding a race is not so simple. But I had a good try.” 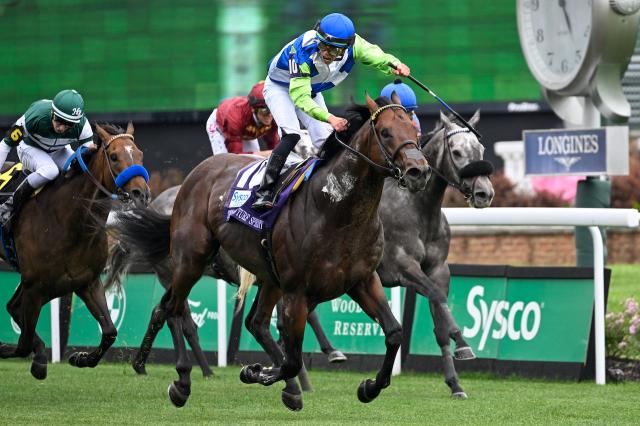