The 1 1/16-mile Iroquois, one of four stakes events on the first Saturday of the 11-day September Meet, is the first scoring race on the 2018-19 “Road to the Kentucky Derby” – the series of 35 races that will ultimately determine the field for the 145th running of the Kentucky Derby Presented by Woodford Reserve (GI) on Saturday, May 4, 2019. Points awarded to the Top 4 Iroquois finishers will be 10-4-2-1 as part of the 19-race “Prep Season” that showcases foundation-building races in advance of the “Kentucky Derby Championship Series,” which begins in late February.

Joining Tight Ten in the Iroquois starting gate is stablemate Tobacco Road (3-2-0-0—$70,905). Owned by L and N Racing, the Quality Road colt rallied from off the pace as the 9-5 post time favorite under leading rider Corey Lanerie to narrowly win the $75,000 Ellis Park Juvenile on Aug. 19 over Whiskey Echo and Manny Wah.

“I think we could win this time,” trainer Wayne Catalano said. “It’s the perfect spot. We had a really fast work last week and he looked great. We really ran well down at Ellis. This is the right spot to get points for the Derby and a spot for the Breeders’ Cup Juvenile right in our back yard. We can walk right out of our stall for the race.”

The Iroquois shares Saturday’s spotlight with the 50th running of the $200,000 Pocahontas (GII) for 2-year-old fillies, a 1 1/16-mile event that kicks off the “Road to the Kentucky Oaks” and is part of the Breeders’ Cup “Win and You’re In Juvenile Fillies Division.”

The sixth annual September Meet begins Friday at Churchill Downs with a 10-race program at 12:45 p.m. and continues on a Thursday-Sunday schedule through Sept. 30. This year’s three-week, boutique race meeting will feature record purse levels as horsemen compete for $5.275 million in prize money, which averages to $479,545 per day.

Opening weekend weather in Louisville will be ideal, according to the National Weather Service, with a forecast of mostly sunny skies and temperatures in the 80s. 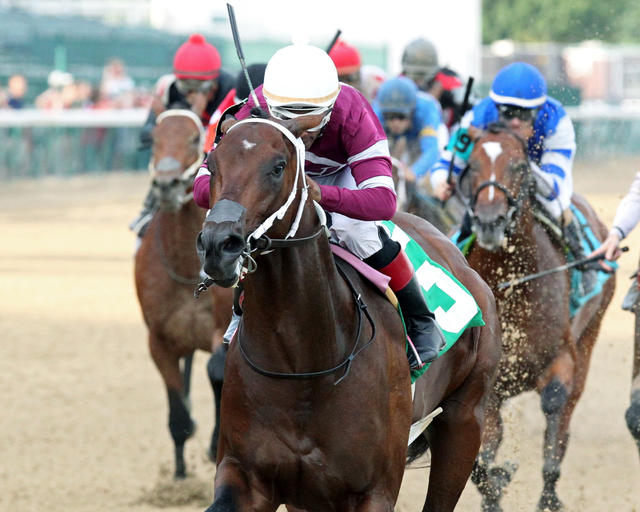