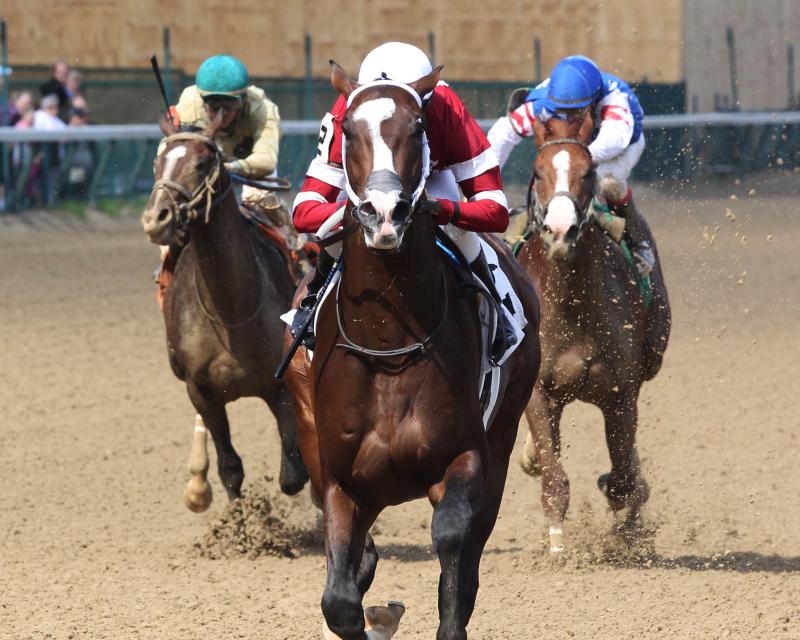 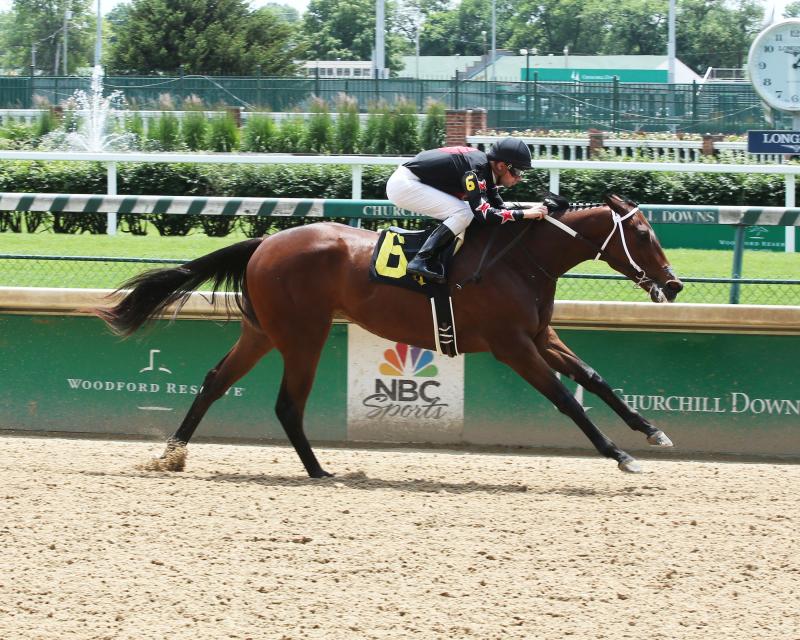 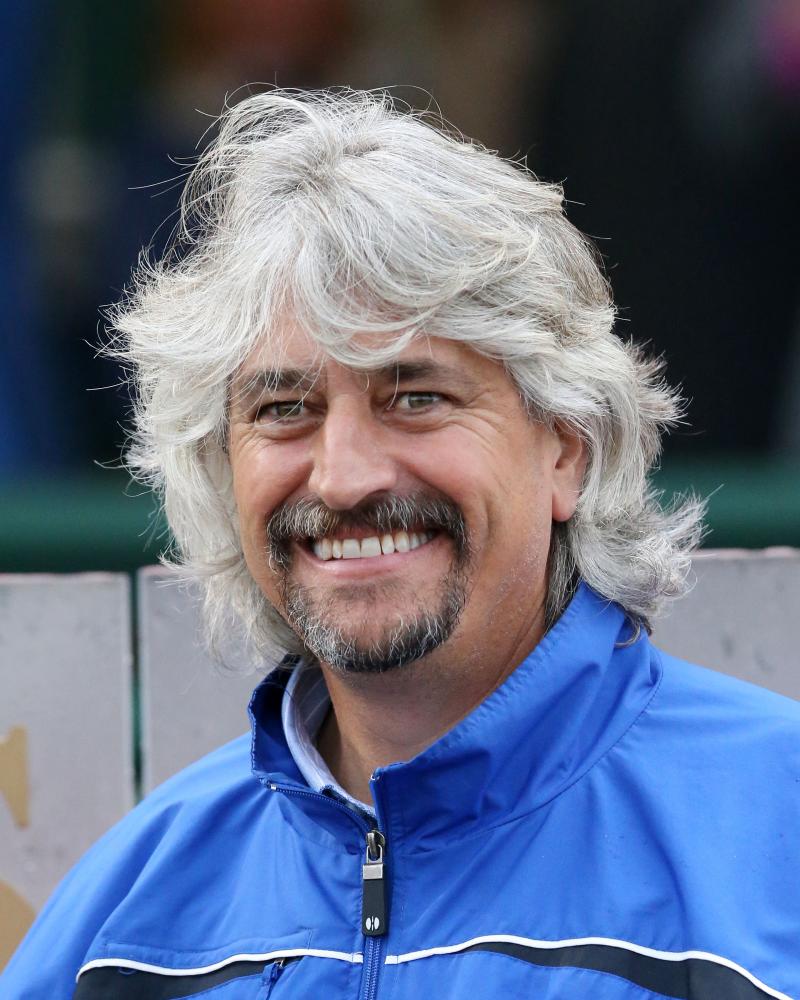 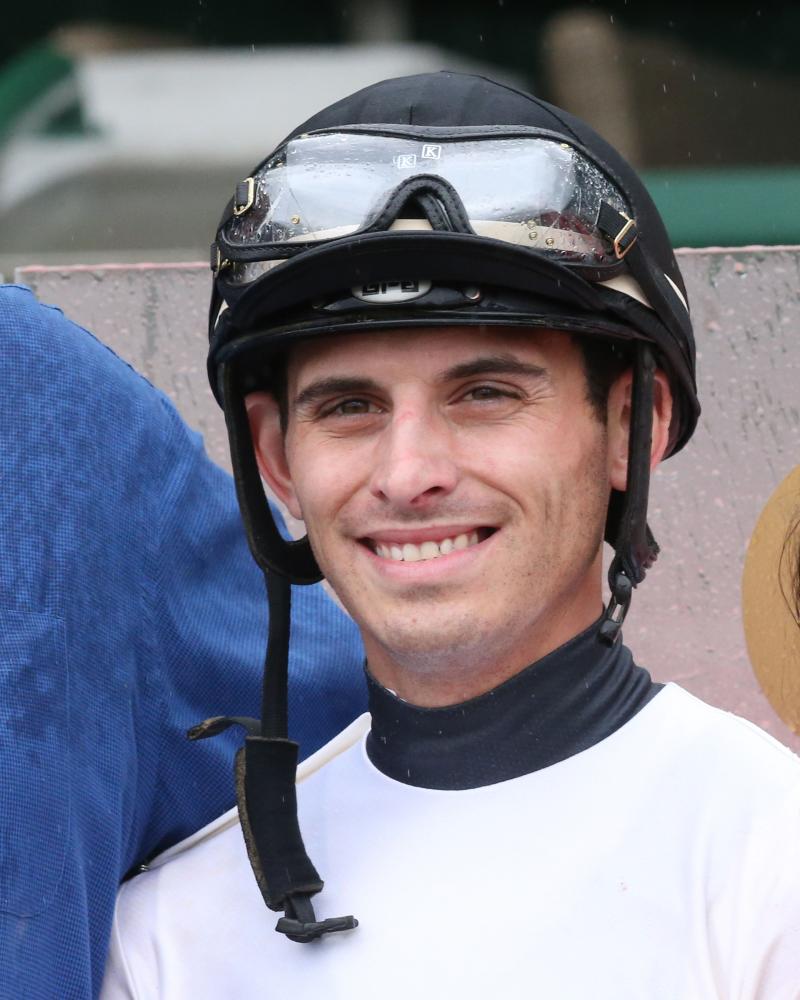 Trainer Steve Asmussen has sent most of his Churchill Downs string of horses to Saratoga for the summer but a pair of impressive juveniles, Copper Bullet and She’s a Julie, remain and look to jumpstart their careers with stakes victories in Friday night’s $100,000 Bashford Manor Presented by GE Appliances (Grade III) and $100,000 Debutante Presented by Finlandia Vodka (Listed), respectively.

Copper Bullet, listed as the 8-5 favorite on Mike Battaglia’s morning line odds, was an eight-length victor in his second career start on May 25 at Churchill Downs under jockey Florent Geroux.

“We won very easily that day,” Geroux said. “We had a bit of a tough trip in the debut but at Churchill he won very impressively.”

The $200,000 Keeneland September Sale purchase recorded one of the nation’s top speed figures for juveniles when he won the second race of his career, a five-furlong maiden special weight in :57.76.

“He actually looks like a 3-year-old,” said Churchill Downs’ official clocker John Nichols, who observes and records all workouts between 6-10 a.m. daily. “He’s just a big, good-looking, strapping colt. He’s got a lot of size to him. He’s one I think that might kind of like the grass down the line but the way he won his second start here … he cleared that easy and the rider (Geroux) just really never asked him.

“He’s come back and trained well since. He’s been working head-and-head the last three weeks with She’s a Julie, who Asmussen is putting in the Debutante; she’s a nice filly – probably his best at this time of the year right now.”

Whispering Oaks Farm’s She’s a Julie, a Kentucky-bred daughter of Elusive Quality who won a five-furlong maiden special weight sprint by 5 ¼ lengths on May 26, was named in honor of Asmussen’s wife Julie, who was diagnosed with neck and throat cancer in September 2015. After months of radiation, chemotherapy and surgery, Julie Asmussen was cancer-free in March 2016.

“She’s a very special horse,” Asmussen said. “I think she has a bright future in front of her.”

Trained by Jimmy DiVito, Recount was a narrow runner-up finisher in his most recent start, an allowance race on May 12 at Churchill Downs.

“He’s a really nice horse,” jockey Chris Landeros said. “He ran really well in that allowance race and I think he fits in well with this field. He loves this track, too, which should help.”

Recount is a 4-year-old son by Limehouse out of the Bold Badgett mare Lucky in Love. The Illinois-bred will attempt to give Landeros back-to-back victories in the Kelly’s Landing. Landeros won the race in 2016 with Black Hawk Stable’s Alsvid.

Limousine Liberal will carry 123 pounds while the others will tote 121.

Romans has six horses entered in four races over the final two days, while Mott has one remaining entry.

MEET LEADERS – With just two days left at the 38-day Spring Meet, 12-time Churchill Downs leading rider Corey Lanerie is positioned to snare another crown with a 56-45 lead over Brian Hernandez Jr. A triumph would mean 42-year-old Lanerie has won 13 of the last 15 riding titles at Churchill Downs since the 2012 Spring Meet and would be the second-most in track history only behind legendary Hall of Fame jockey Pat Day’s 34 local championships. Lanerie has seven mounts Thursday and rides the entire 11-race card Friday. Hernandez is named on eight horses Thursday and eight on Friday. The Top 10 jockeys are rounded out by Julien Leparoux (25), Florent Geroux (25), James Graham (22), Miguel Mena (20), Ricardo Santana Jr. (17), Chris Landeros (13), Joe Rocco Jr. (12), Didiel Osorio (11) and Gabriel Saez (11).

Ken and Sarah Ramsey, who seek to be the leading owners at Churchill Downs for a record-extending 29th time, trail Maggi Moss by two, 11-9, as she tries to upend the track’s perennial leaders. Moss seeks her fourth title at Churchill Downs after previously winning Spring Meet crowns in 2007, ’10 and ’14. The Ramsey’s have six horses entered on the final two days of the meet while Moss has two. Rigney Racing LLC and Whitham Thoroughbreds LLC are tied for third with six wins each, and are followed by Asmussen (4), Calumet Farm (4) and Chris Wilkins (4).

ONLY TWO DAYS LEFT AT SPRING MEET – Only two racing days and 20 races are left at Churchill Downs’ 38-day Spring Meet. Billed as “Sunset Stretch,” there is twilight racing on Thursday and the season culminates with “Downs After Dark Presented by Stella Artois and Finlandia Vodka” on Friday under the lights.

Downs After Dark closes out the meet with an 11-race program featuring the $100,000 Bashford Manor Presented by GE Appliances (Grade III), $100,000 Debutante Presented by Finlandia Vodka and the $70,000-added Kelly’s Landing Overnight Stakes.

SINGLE-6 JACKPOT ENTERS THURSDAY AT $138,411 – A highlight of the meet’s final two days is the 20-cent minimum Single-6 Jackpot wager, which resumes in Thursday’s fourth race with a carryover pool of $138,411. The Single-6 requires a single winning ticket to pay-out its entire pool, but if there is no individual winner on Thursday, the entire pool must be paid out on Friday’s wager to players who have the most winners on their Single-6 tickets.

The daily six-race sequence has challenged bettors to select the winners of six consecutive races but the Jackpot pool only is paid if there is a single winning ticket. When multiple tickets contain six winners – which has been the case for each of the last 21 race days – 90 percent of that day’s pool is paid out and 10 percent is added to the Jackpot carryover. Takeout on the Single-6 Jackpot is just 15 percent, which is one of the lowest multi-race wager takeout rates in American racing.

Thursday’s Single-6 will cover Races 4-9 at 6:27 p.m. and Friday night’s Single-6 Jackpot, including any added money in the carryover, will be paid to ticket holders with the most winners in the six-race series, which covers Races 5-10 starting at approximately 7:57 p.m.

DOWNS AFTER DARK THEME IS ‘DOWNS DOES THE DECADES’ – Churchill Downs will conclude its Spring Meet with one of Louisville’s biggest summer parties on Friday night as the track stages “Downs After Dark Presented by Stella Artois and Finlandia Vodka.” The theme for the nighttime racing program is “Downs Does the Decades” in which guests are encouraged to dress in their favorite attire from the 1950s to the ’90s.

Admission gates will open Friday at 5 p.m. and the first of 11 races will begin at 6 p.m. The final live race will be 11:10 p.m. but the on-track party will continue in the spacious Plaza area until midnight.

DOWN THE STRETCH – All Pro Championships will hold their annual Triple Crown merchandise sale in the Churchill Downs barn area next to the Recreation Hall and basketball court on Friday from 8 a.m. to noon. Brand name polos, jackets, sweatshirts, t-shirts, caps, collector’s glasses, shot glasses, pins, mugs, performance hoodies, full-zip fleeces and ladies’ fashions will be discounted by 70 to 80 percent from their regular price. 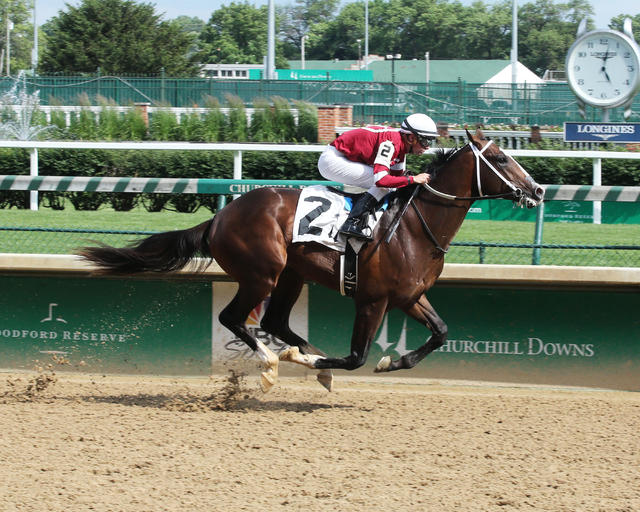