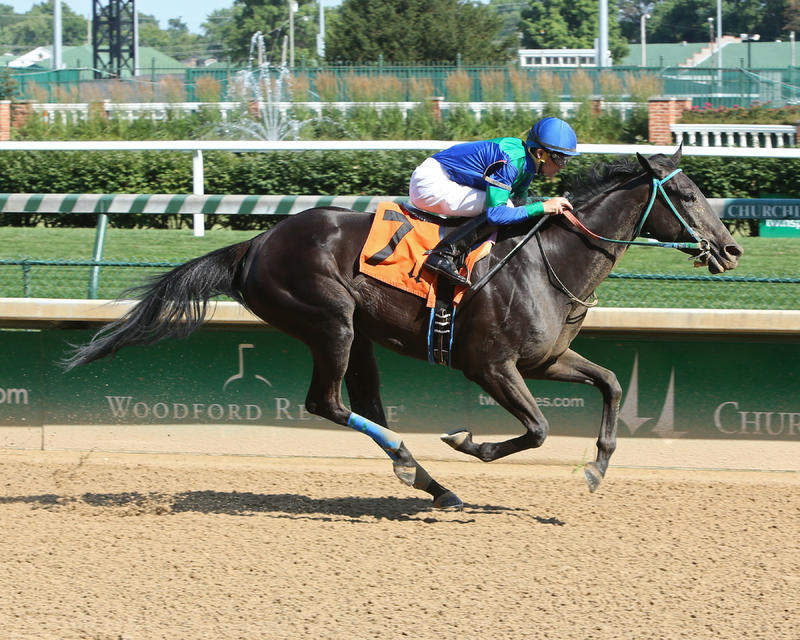 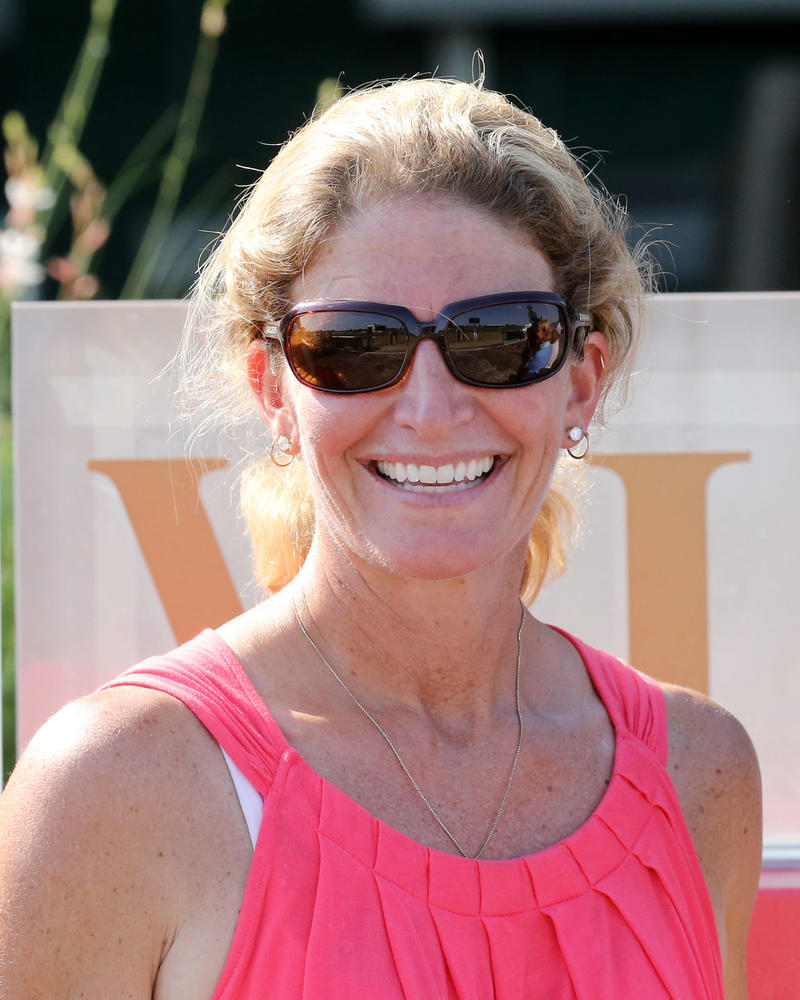 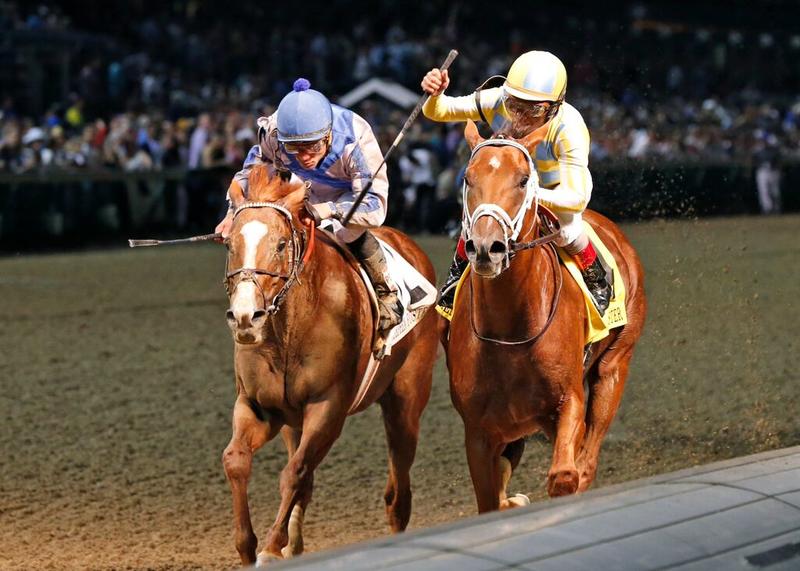 Trainer Helen Pitts-Blasi was faced with the decision to run her 4-year-old filly Athena in Saturday’s Roxelana Overnight Stakes at Churchill Downs or ship to Arlington Park for the Chicago Handicap (Grade III). She opted for the former of the two, which resulted in the daughter of Street Sense’s first stakes victory.

“It was matter of do we get on a van and drive for six hours and see if she likes the poly track or do we run out of our own stall and sprint at a track that she likes?” Pitts-Blasi said. “I think it was easier on the owners staying home. They were going through wanting to try and get to Chicago and I said I was happy to stay home so we decided to take a shot. I’m happy for the filly. She ran a hard race. This gives us another angle with her being able to run three-quarters. She ran great and came out of it good.”

Athena was shortening up in distance for Saturday’s race, which was six furlongs. Her other two starts this year came in the seven-furlong Sugar Maple Stakes at Charles Town on April 23, where she finished third and was a well-beaten fourth in a May 20 allowance race at Churchill Downs over one mile.

“If we were going to try sprinting her, now was the time to do it,” Pitts-Blasi said. “I think anywhere between three-quarters to seven-eighths is good for her. She likes some speed in front of her. I think the thing with her is to get her to settle in and sit third or fourth and have something to run at and going a mile that can be hard to do. But at least now we know we can try it; it’s another angle with her. I don’t know what her best distance is but at a mile it’s hard to get that early pace and where (jockey) Brian (Hernandez, Jr.) had her yesterday was perfect.”

The Roxelana also featured a showdown between Diva Express and I’m a Looker, who earlier in the meet hit the finish line together in the Winning Colors (GIII) resulting in a dead heat.

“I thought that if I could run third to them, I would be happy with that,” Pitts-Blasi said. “I really didn’t think I could knock those two, but I would have been happy to run third behind them. She ran big.”

Pitts-Blasi did not specify where Athena might go next.

“He worked real well this weekend and we like the timing of the race,” said trainer Mark Casse’s son and assistant Norman. “He already has a race over that track.”

Casse reflected on the son of Birdstone’s most recent outing in the Met Mile.

“We ended up being on the rail and we kind of felt that we had to really send him away from the gate,” Casse said. “He’s just a really tricky and quirky horse, everything’s kind of got to go his way and I don’t think he was comfortable that day. He’ll get to go a mile-and-a-quarter in the Suburban. He’ll be comfortable and he’ll get to be on some high cruising speed which is the best thing for him.”

Casse also plans to send Catch a Glimpse and Airoforce, who finished one-two in the June 4 Penn Mile (GIII), to Belmont Park where they’ll run in the $1 million Belmont Oaks Invitational (GI) and $1.25 million Belmont Derby Invitational (GI), respectively, on the Suburban undercard. Catch a Glimpse put in a five-furlong work over the Keeneland main track Saturday in :59, while Airoforce breezed the same distance Saturday at Churchill in 1:00.80.

“She’s been preparing over at Keeneland,” Casse said of Catch a Glimpse. “We have her over there since she really likes it there and it’s a little more quiet and laid back.”

“He’s a horse with a bright future that’s doing things that a Giant’s Causeway 2-year-old isn’t supposed to do this time of the year,” Romans said. “He’s very precocious. He looks like the type that can really win early on. He reminds me of Brody’s Cause. They’re both very forward and smart horses.”

Romans has high expectations for Not This Time, who he says is more ready to run early on than some of his 2-year-olds in the past.

“In my experiences, I haven’t had many that were as precocious as him and Brody’s Cause,” Romans said. “He’s had some spectacular works and time wise I like the way he looks doing it. With this kind of pedigree and the way he’s been working you would have to think that he’s one of the top dogs.”

The third race on Thursday evening’s eight-race card is scheduled for 5:58 p.m.

DOWN THE STRETCH – Churchill Downs will close its 2016 Spring Meet with a bang on Saturday, July 2 as the Louisville racetrack hosts “Downs After Dark: My Country ’Tis of Thee – Presented by Stella Artois and Jack Daniel’s.” Guests are encouraged to wear red, white and blue, watch racing under the lights and enjoy the music of rising local country artists Wildwood on the Plaza Stage. The July 2 closing night card will begin at 6 p.m. 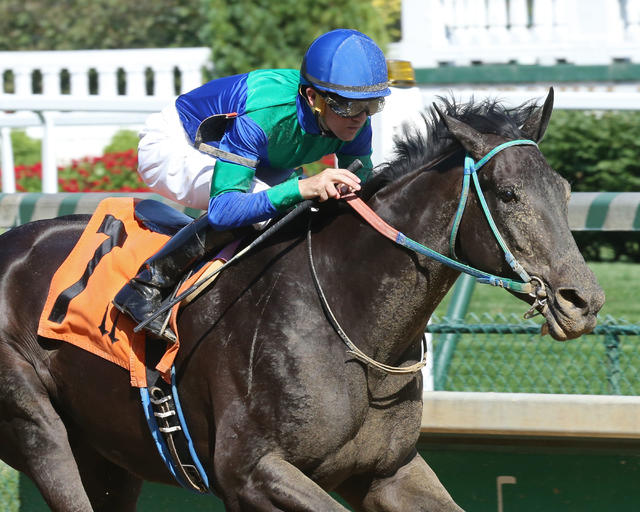