Awesome Slew Runs Down The Player in Ack Ack Thriller 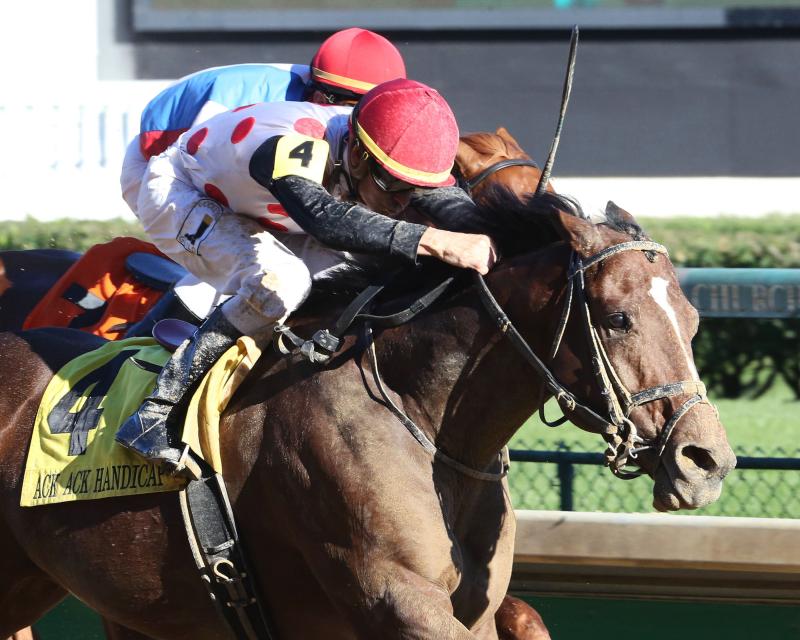 Live Oak Plantation's homebred Awesome Slew surged past The Player in the final furlong on his way to a one-length victory in the $100,000 Ack Ack (GIII) at Churchill Downs. (Coady Photography, Churchill Downs) 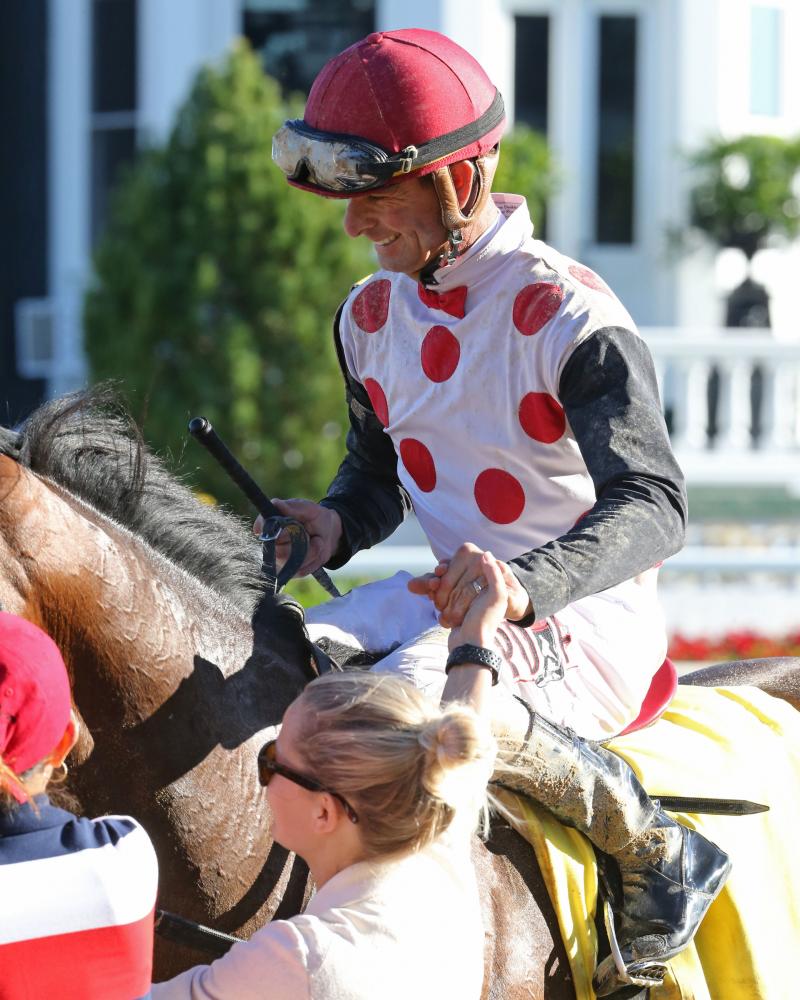 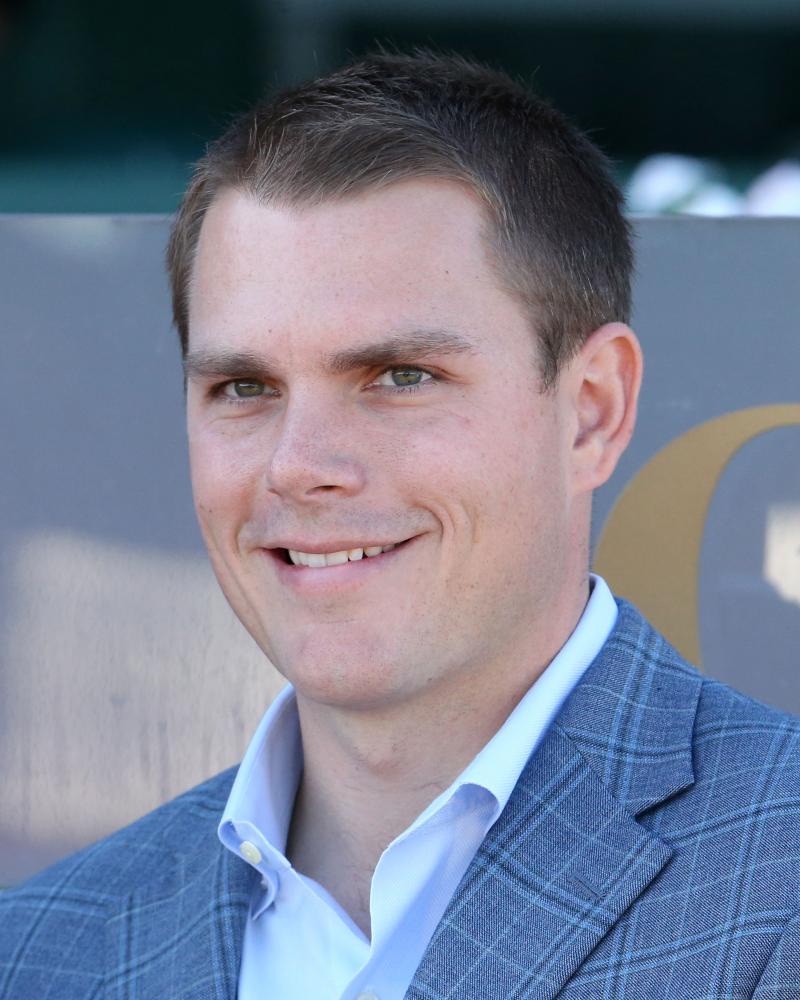 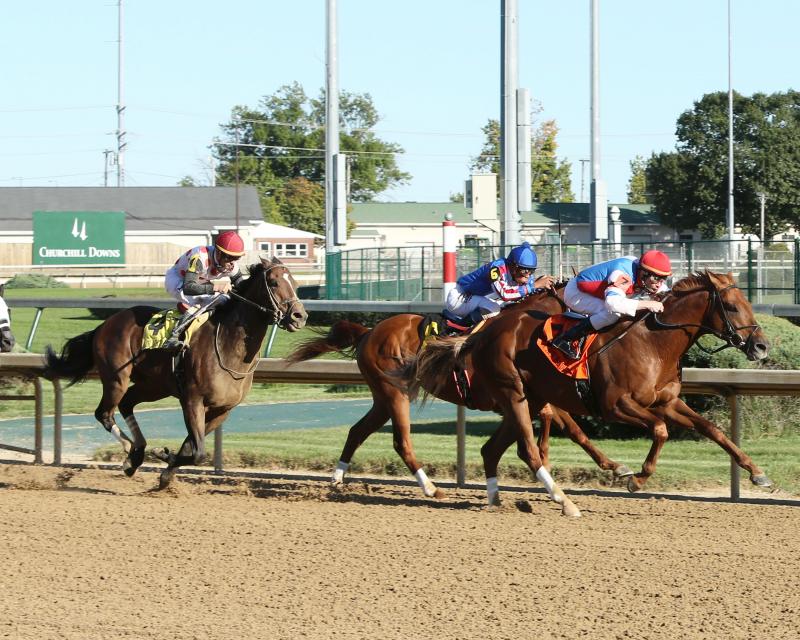 Heavily-favored Awesome Slew (third) took aim on The Player (on rail) and Pinson on his way to a one-length victory in Saturday's $100,000 Ack Ack (GIIII) at Churchill Downs. (Coady Photography, Churchill Downs)

Live Oak Plantation’s homebred Awesome Slew proved to be one of the nation’s top middle distance runners when he ran down up-and-comer The Player inside the final eighth of a mile to win Saturday’s stirring 25th renewal of the $100,000 Ack Ack (Grade III) at Churchill Downs.

Awesome Slew, ridden by Corey Lanerie and trained by Mark Casse, ran one mile in 1:35.02 to prevail by one length. It was another 9 ¼ lengths back to third-place finisher Pinson.

Awesome Slew had been facing a stellar roster of rivals in top seven-furlong and one-mile races this year. Transferred to the care of Casse in February, Awesome Slew defeated multiple Grade I winner A.P. Indian in the seven-furlong Commonwealth (GIII) at Keeneland. He also had strong efforts when second to Limousine Liberal in the Churchill Downs (GII) on Kentucky Derby Day, Sharp Azteca in the Gulfstream Park Handicap (GII), Drefong in Saratoga’s Forego (GI) and Mind Your Biscuits in the Belmont Sprint Championship (GII). Awesome Slew also finished fourth behind Mor Spirit and Sharp Azteca in the one-mile Metropolitan Handicap (GI) at Belmont Park.

Following his performance Saturday, it appears that Awesome Slew will head west for the $1 million Las Vegas Dirt Mile (GI) at Del Mar on Friday, Nov. 3. Three of the last four Ack Ack winners – Pants On Fire (2013), Tapiture (2015) and Tom’s Ready (2016) – used the race as a springboard to the Breeders’ Cup Dirt Mile, as well.

Warrior’s Club and Pinson battled for the early Ack Ack lead and directed the field of nine 3-year-olds and up through early fractions of :23.07 and :46.50 as The Player tracked in third and Awesome Slew raced in sixth. Warrior’s Club began to fade midway around the turn as The Player poked his head in front. Lanerie dropped his hands and asked Awesome Slew for his best run and the 4-year-old quickly began to pick off rivals with a five-wide rally before drawing even with The Player at the eighth-mile pole.

“Turning for home I had a ton of horse under me,” Lanerie said.

The seasoned Awesome Slew’s class was undeniable in deep stretch as he edged clear from The Player, who proved to be a fascinating challenger.

“That horse (Awesome Slew) outran him,” said The Player’s trainer “Buff” Bradley. “He was running – they both were running.”

“The goal for this spot was to give him an easier race,” said Norman Casse, assistant to his father Mark. “He’s been facing some of the best sprinters in the country so he needed to build his confidence back up. He did everything well today and the distance was perfect. There’s still some discussion to be had but right now we’ll point towards the $1 million Breeders’ Cup Dirt Mile.

Awesome Slew is son of 1998 Breeders’ Cup Classic (GI) winner Awesome Again out of the Seeking the Gold mare Slewfoundmoney. He was bred in Florida by his owner Charlotte Weber.

COREY LANERIE, jockey of AWESOME SLEW (winner): “We found a good spot early behind horses. I could see the leaders dueling and wanted to get in position on the outside to set me up for a late run. Turning for home I had a ton of horse under me. I just want to thank the Casse team for letting me ride this one. They did a great job to get him ready today.”

NORM CASSE, assistant trainer of AWESOME SLEW (winner): “The goal for this spot was to give him an easier race. He’s been facing some of the best sprinters in the country so he needed to build his confidence back up. He did everything well today and the distance was perfect. There’s still some discussion to be had but right now we’ll point towards the (Nov. 3) $1 million (Las Vegas) Breeders’ Cup Dirt Mile (GI at Del Mar).”

WILLIAM “BUFF’ BRADLEY, trainer of THE PLAYER (runner-up): Q: Did he run big enough to try and go to the Breeders’ Cup (Mile)? “No. That horse (Awesome Slew) outran him. Calvin rode him beautifully, got him to the top of the stretch and tried to get away from that horse, but that horse ran him down. He’s just a very nice horse. But we’re very proud of The Player. We thought he ran awesome. He’s been fun. He was running – they both were running.”

CALVIN BOREL, jockey on THE PLAYER (runner-up) – “He run a big race. I knew that (Awesome Slew) was the horse to beat and I thought that, turning for home, I could maybe get away from him – which he did. But it just wasn’t enough. My horse run his race and we had no excuse. We’ll have fun the rest of the year with him.” 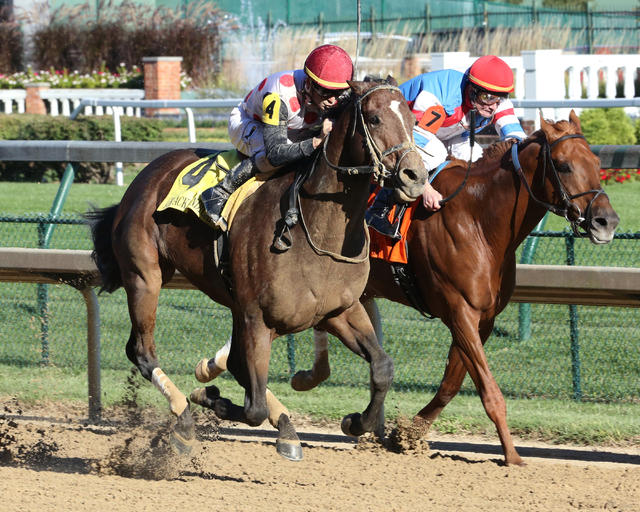