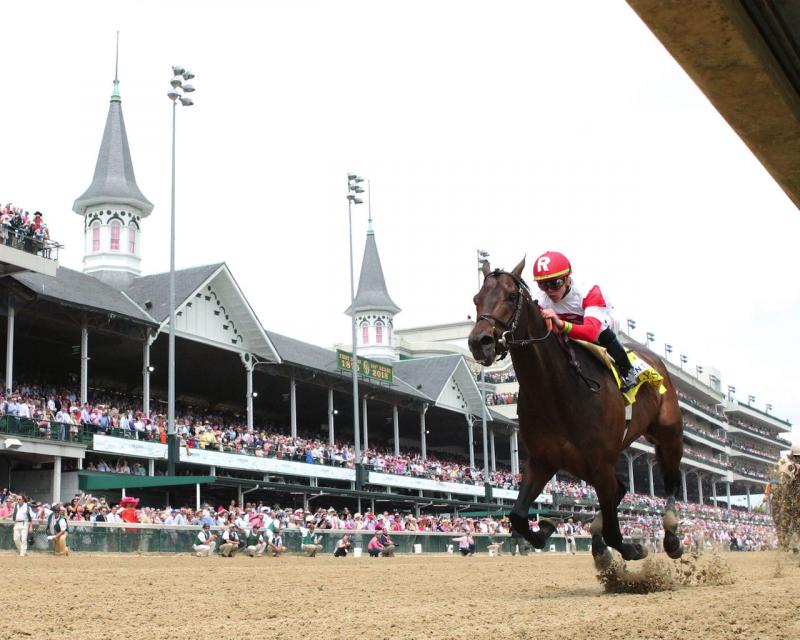 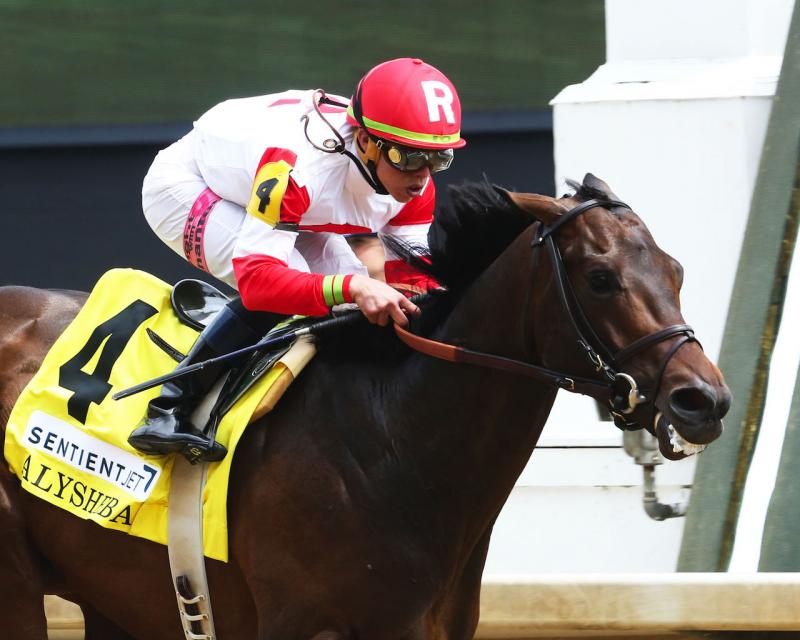 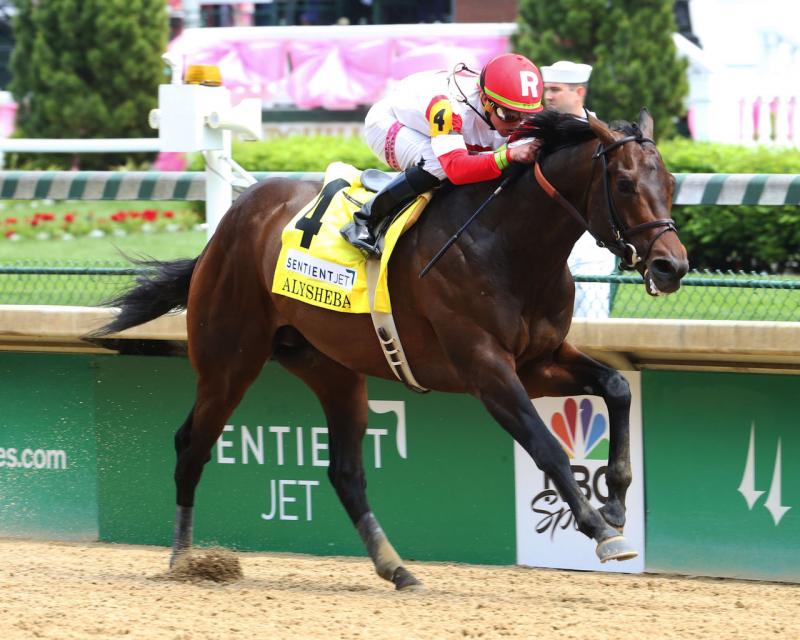 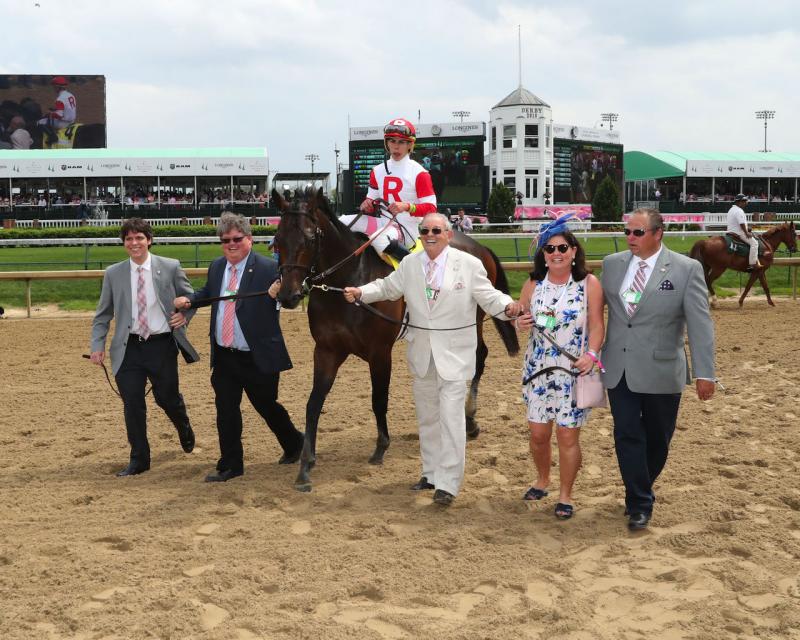 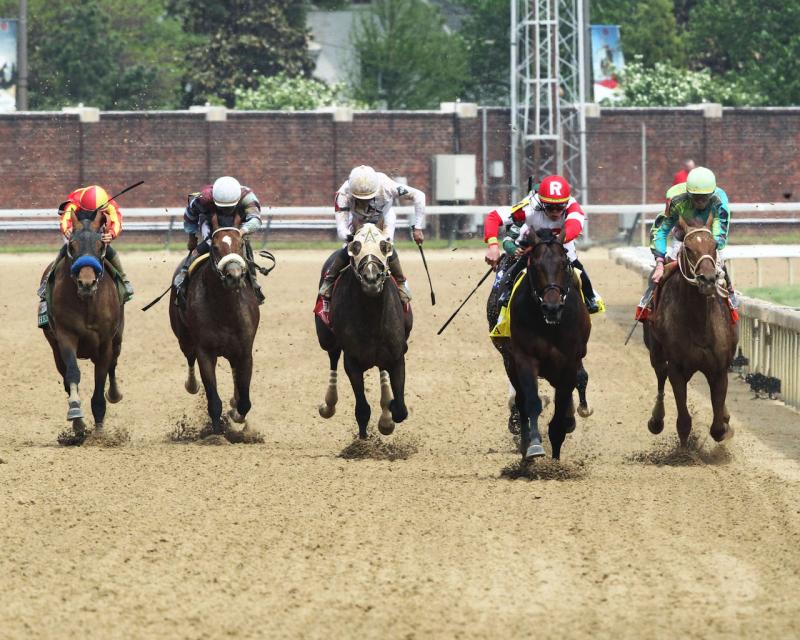 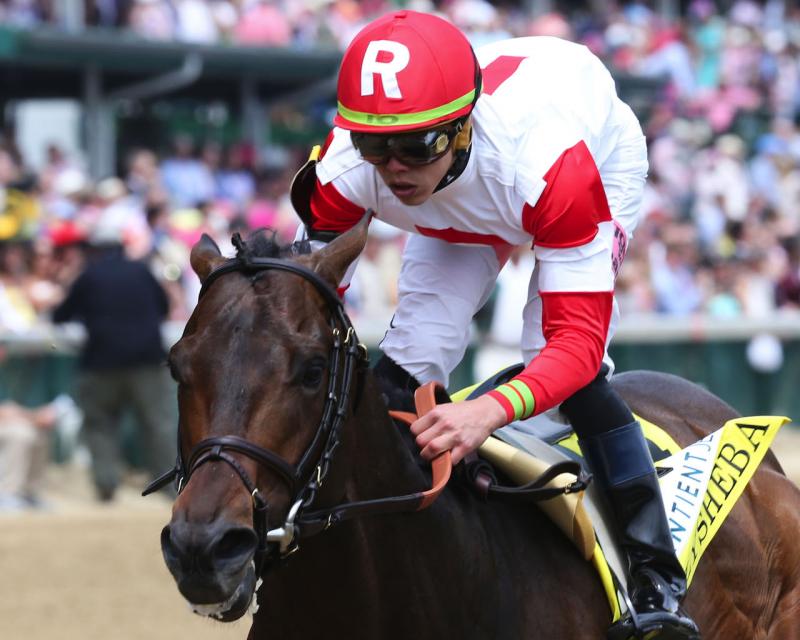 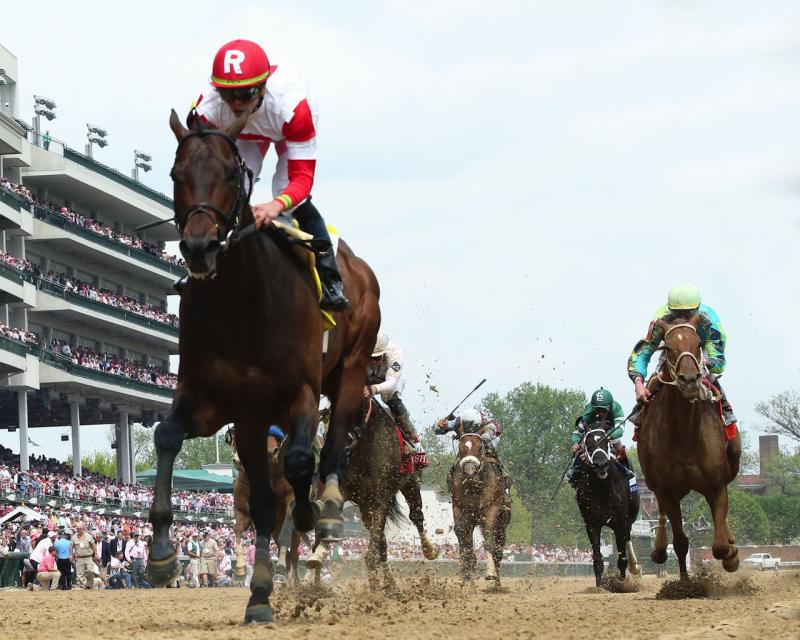 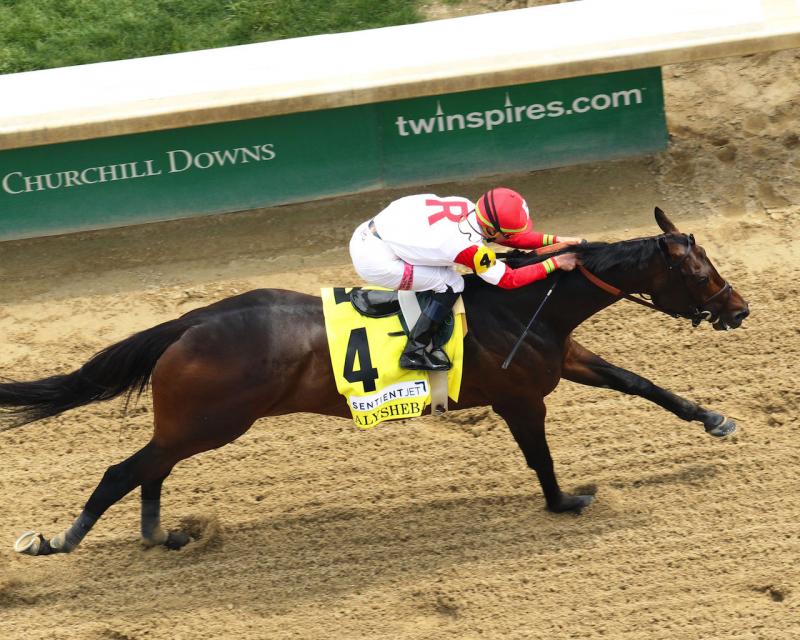 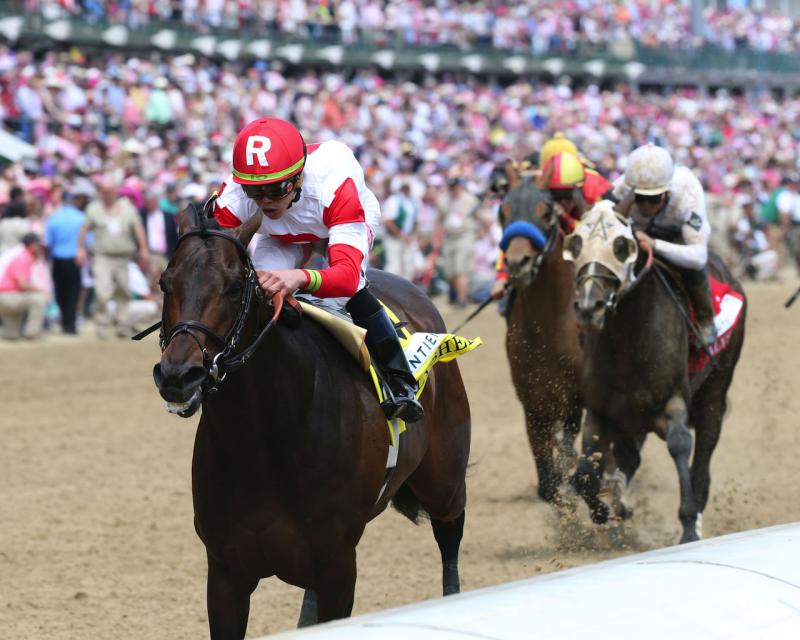 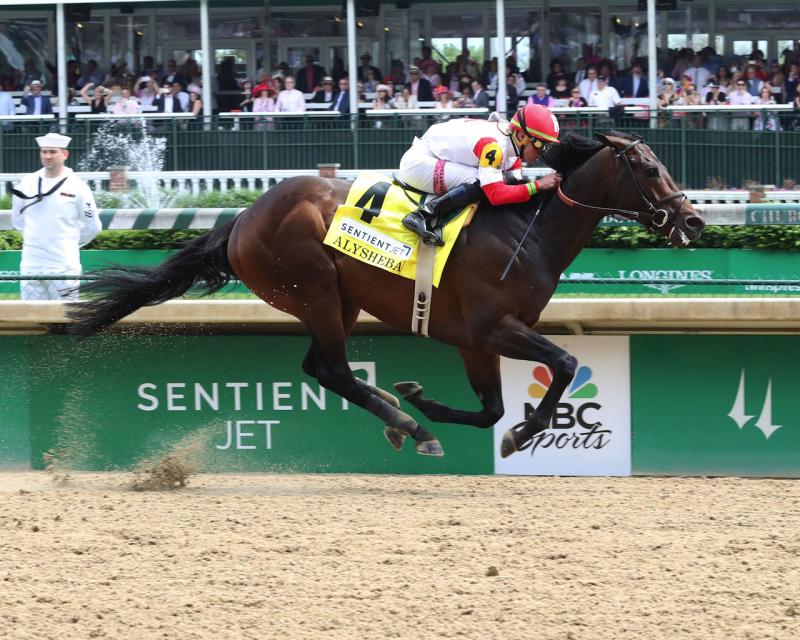 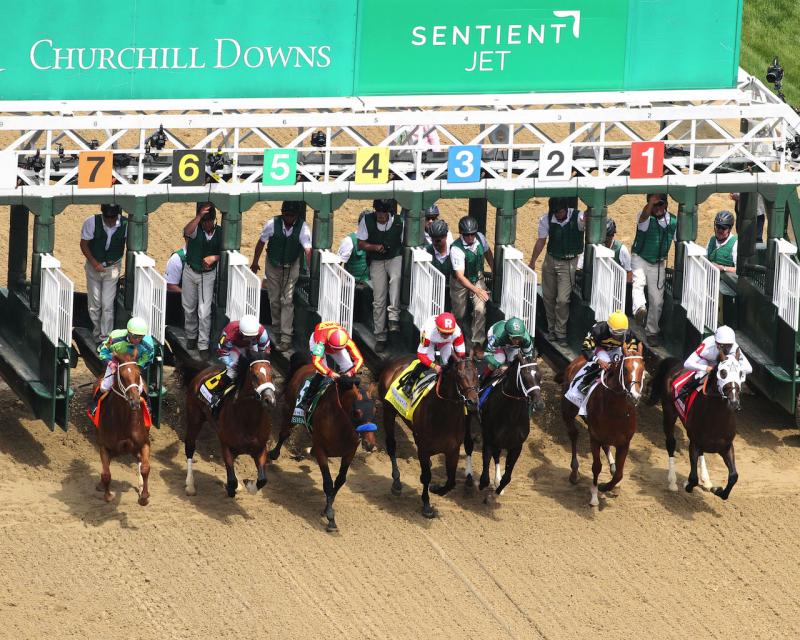 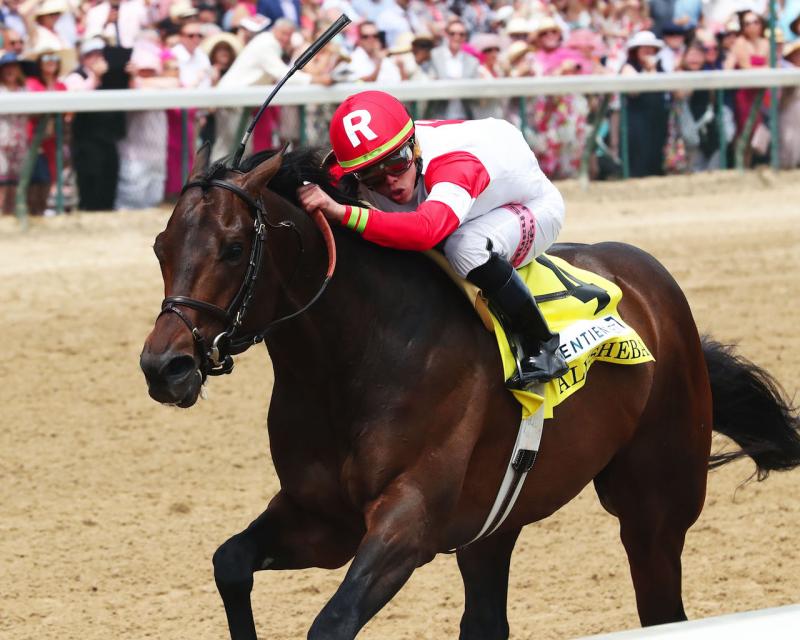 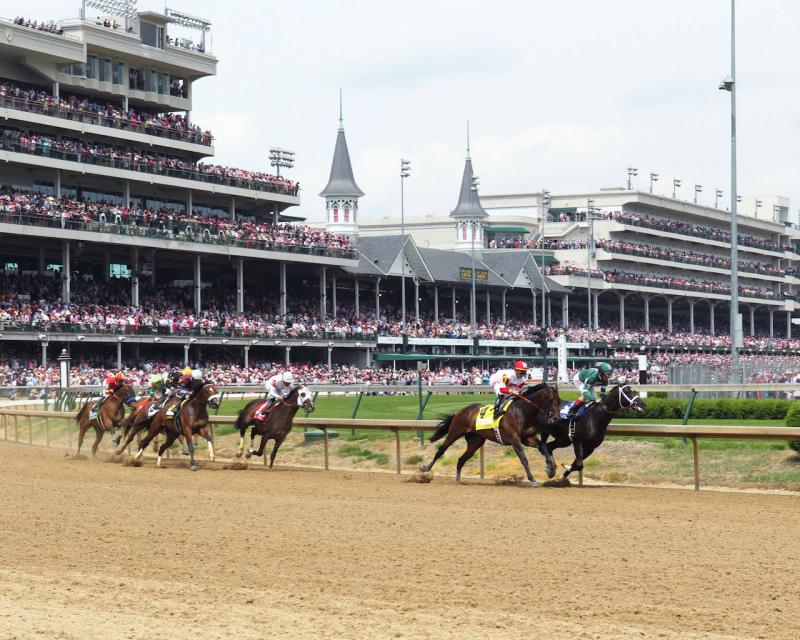 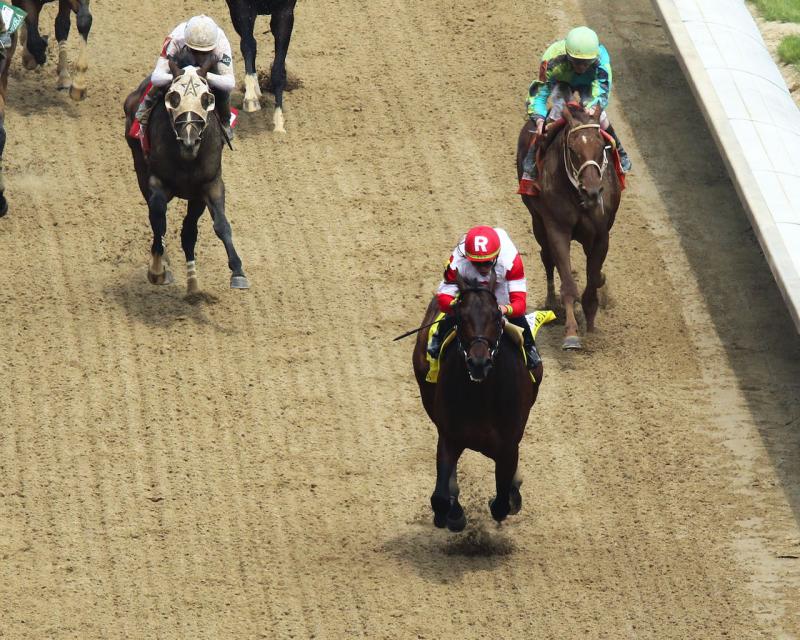 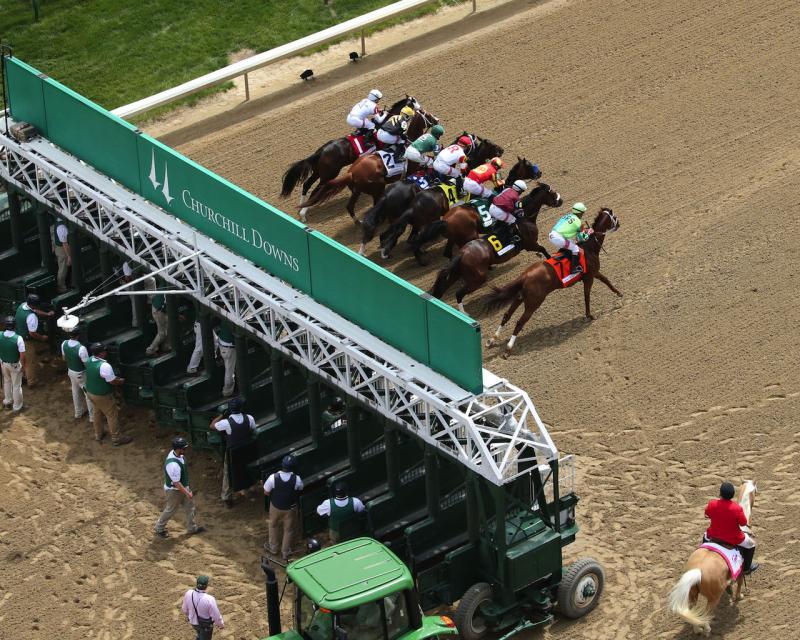 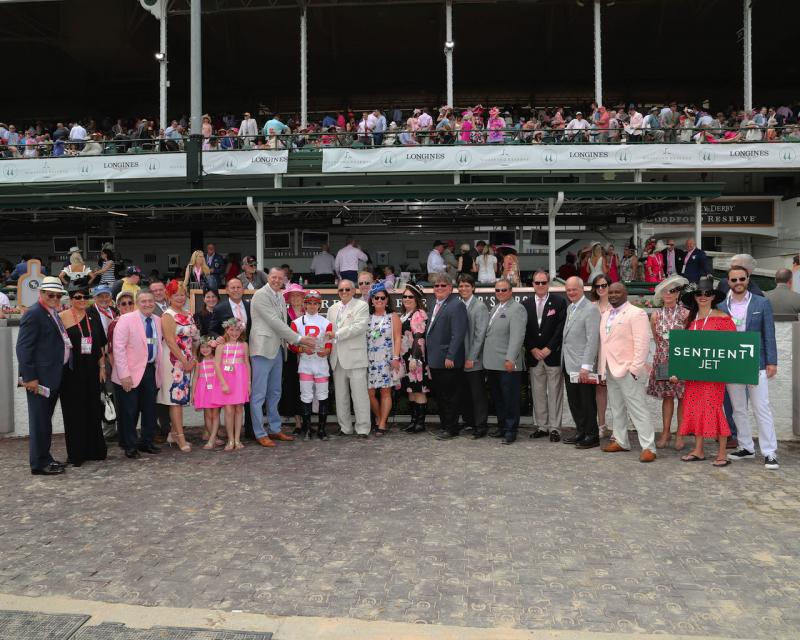 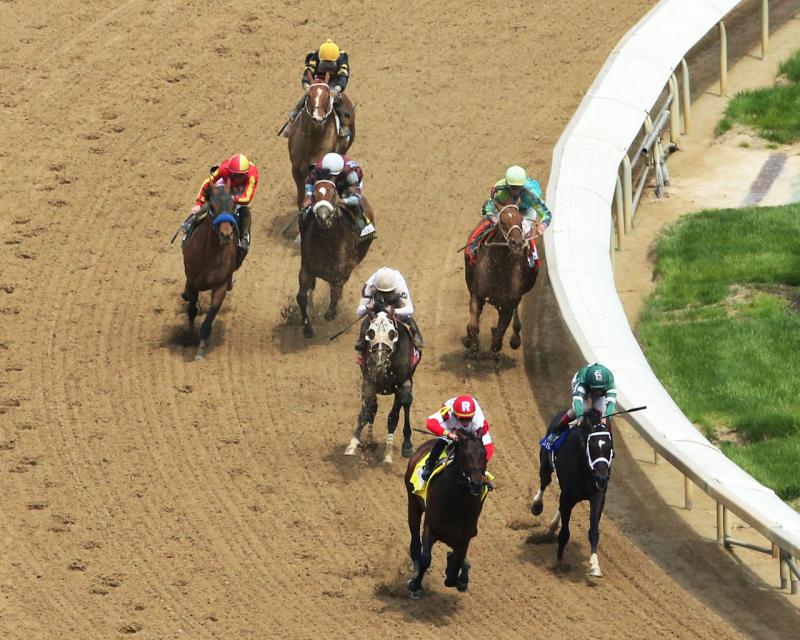 LOUISVILLE, Ky. (Friday, May 4, 2018) – Ken and Sarah Ramsey’s Backyard Heaven disposed of 2017 Kentucky Derby winner Always Dreaming on the far turn and drew off to win the 15th running of the $400,000 Alysheba presented by Sentient Jet (Grade II) for 3-year-olds and up by 4 ½ lengths over Hawaakom.

Always Dreaming, making his first start at Churchill Downs since winning the Derby last year, set the pace in the field of seven with fractions of :23.86 and :46.79 with Backyard Heaven lurking just to his outside.

On the far turn, Backyard Heaven surged to the lead and quickly opened a daylight margin on the field and never was threatened in winning his stakes debut.

Backyard Heaven is 4-year-old Kentucky-bred son of Tizway out of the Grand Slam are Cappagh Strand. The victory was worth $243,040 and increased Backyard Heaven’s earnings to $334,240 with a record of 4-3-1-0.

It was another 1 ¾ lengths back to Hoppertunity, who was followed in order by Always Dreaming, Giuseppe the Great and Hence.

Irad Ortiz Jr., (rider of Backyard Heaven, winner) – “He did everything easy. He broke and put me in a good position to go from there. Past the half- mile pole I started to let him do his thing. He picked it up and when I asked him he took off. He’s a nice horse.”

Chad Brown (trainer of Backyard Heaven, winner) – “He was training very, very well. I have to give my assistant Whit Beckman credit, as he's had him all winter up there. He's done a fabulous job with this horse. We momentarily thought about running him at Charles Town for a lot more money, but we thought he would need just a little more time and I really wanted the opportunity to bring a horse down here for the Ramseys. They've been so helpful to my career. My very first winner was here at Churchill Downs for them.

“People saw this horse this week and said to me, 'well, Ken must have wanted you to run here...' Not really -- he never asked me or told me where to run. I thought the horse was good enough and it was something I could deliver for his family and his team. I'm very happy for them. They've been very patient with this horse. If it wasn't for them, he wouldn't be in my barn.”

“I told Irad to leave out there and that (Always Dreaming) looked like the lone speed; stay very close, but turn it into a two-horse race. I didn't want to try and bury Always Dreaming early. I wanted it to be a two-horse race. If he has more, so be it. If we have more, so be it. Good Samaritan is a really good horse I knew would pick up the pieces if we got into some silly duel -- and that's what Irad did. He gave the other horse a fair chance; we had a fair chance and when it came time to engage him and take him out, he did and luckily he had enough to hold on.”

“He's trained like a horse who will have no problem getting a mile and a quarter. We'll stretch him out from here. There are some really good races at a mile and an eighth. He has a nice race over the track here, so a race like the Stephen Foster is a logical spot. We have a really top handicap horse, so, of course, the Whitney in my back yard down the road. But, one race at a time and we have to keep in mind he's a lightly raced horse for a reason: he got sick a few times, but he's been a pretty sound horse. I'd like to keep him in good form, now, and not plan too far ahead. Take a race at a time."

Corey Lanerie (rider of Hawaakom, runner-up) – “This horse, when he’s right, he’s easy to ride. He loves the rail. And, he’ll run over a horse almost to get there. He will run through the smallest of holes to have it. So, I was confident in him when I put him there. For a minute, I thought I was going to have to go around, but Always Dreaming drifted out when he got tired. We were just second best today.”

Wes Hawley (trainer of Hawaakom, runner-up) – “I have to throw his last race out (seventh in the GII Oaklawn Handicap April 14), but he tries every time. He’s a good horse. He loves the rail. I think that puts him over the million mark.” The $78,400 earned for second place boosted his earnings to $1,006,305.

Flavien Prat (rider of Hoppertunity, fourth-place finisher) – “He ran his race; it was too short for him.”

John Velazquez (rider of Always Dreaming, beaten favorite, fifth) – “It started out right. He was in a great spot. He was relaxed and he was moving along nice and easy. Then when that other horse (Backyard Heaven) came to him on the backside he just stayed at the same pace. He didn’t pick it up at all. I don’t know what else I can say.” 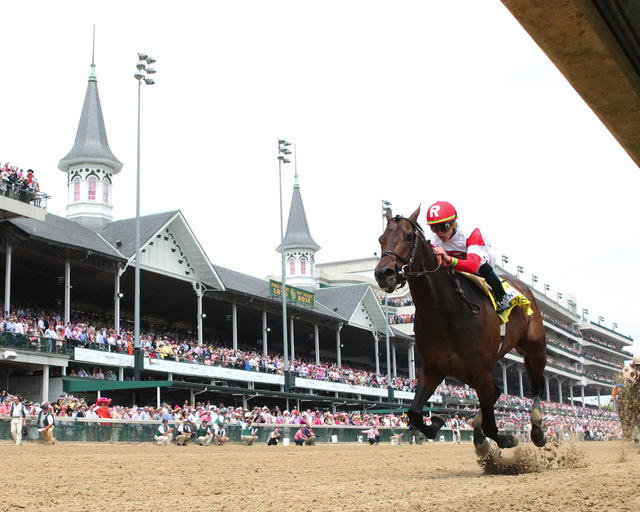