Restless Rider, a gray daughter of Distorted Humor, finished 5 ½ lengths behind wire-to-wire winner Jaywalk in the Juvenile Fillies. Trained by Kenny McPeek, Restless Rider scored an ultra-impressive 11 ¼-length win in the Debutante Stakes in late June at Churchill Downs and a 2 ½-length score in the Alcibiades (GI) at Keeneland in October.

Restless Rider will once again be ridden by Brian Hernandez Jr. and break from post position No. 5.

Among Restless Rider’s rivals in the Golden Rod is gutsy allowance winner Champagne Anyone. Owned by Six Column Stables and Randy Bloch and trained by Ian Wilkes, Champagne Anyone rallied from nearly 10 lengths off of the early pace in a first-level allowance race at Keeneland to defeat six rivals.

“She’s really growing up,” said jockey Chris Landeros, who is signed on to ride Champange Anyone in the Golden Rod. “She won both of her races on raw talent. Once she gets older and more mature she could be really special.”

Champagne Anyone, a daughter of Street Sense, will break from post 4. Stablemate Princess Causeway, a half-length allowance winner at Keeneland also is entered in the Golden Rod and drew post 7 with Julien Leparoux aboard.

Break Curfew will break form post 8 with Castellano aboard.

Monomoy Girl used last year’s runner-up finish in the Golden Rod to catapult her to victories in the Kentucky Oaks (GI) and Breeders’ Cup Distaff (GI). 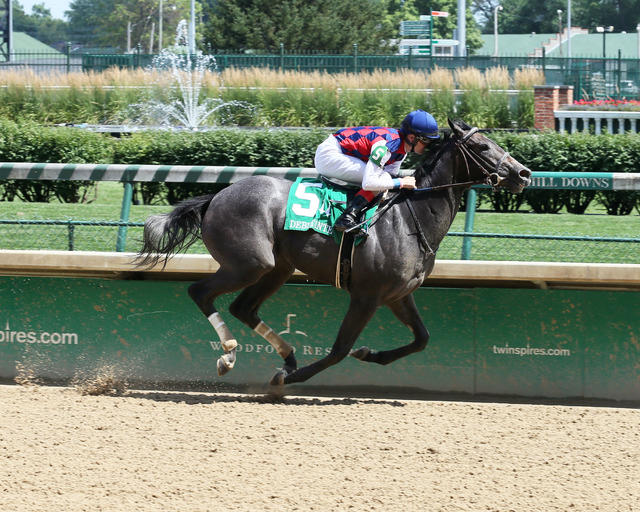