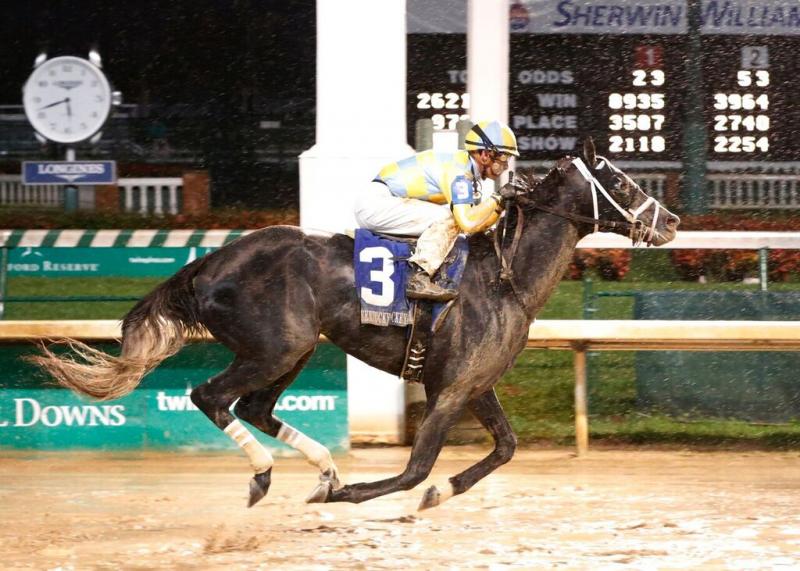 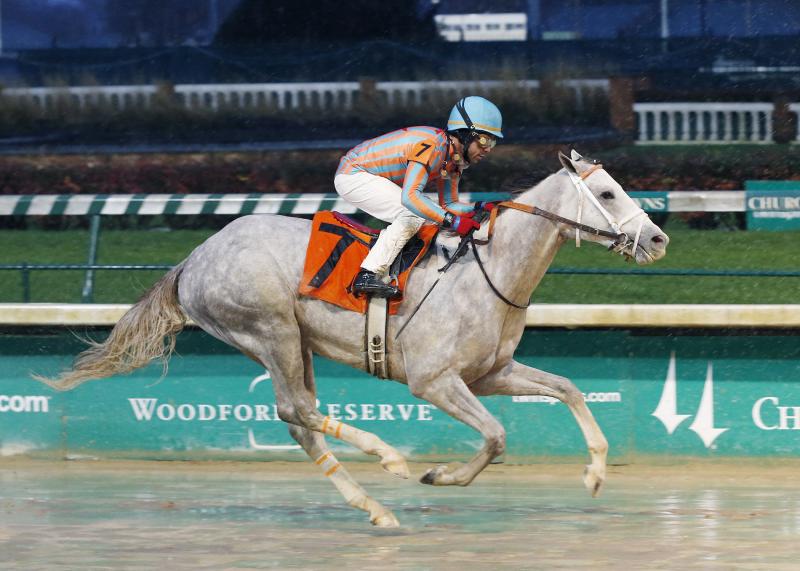 “It’s just an exciting time for us,” Casse said. “We’re excited to be a part of two good horses that are owned by two really good owners. Anytime you have any type of big 2-year-old – even if they haven’t started – you hope that they would put you in a good position where you can at least map out a plan to get them to the Kentucky Derby. We know the reality and we’re still a long way away and they still have to continue to get better, but all indications show that they’re good horses and we have something to be excited about going into (spending the winter at) Palm Meadows (in Florida).”

Casse realizes the importance of keeping Derby hopefuls sound during this stage of the game and feels optimistic that his two winners won’t have any issues.

“Thankfully these two horses – knock on wood – don’t require as much work and they just come out and train well every day,” he said. “I think a lot of it has to do with the fact that they’re so athletic and they move so well that they aren’t hard on themselves. If they can continue to do that, it should be pretty easy to do. We’re going to have to do what it takes training-wise to get there because when you run in these Derby preps, they have to be ready to go. Some horses are just prone to injuries than others. You can’t baby Derby horses. If you baby Derby horses they won’t be good enough to run against the best horses in their class. So to be a legit Derby horse, you have to have a horse that’s sound and can go through the rigors of the training that it takes to get to the Derby.”

Casse reflected on some of his better 2-year-olds in recent previous years.

“There’s been a lot of horses that we’ve had like (2012 Kentucky Jockey Club winner) Uncaptured that were hard to keep together and hard to get them to do what you wanted them to do to get ready for these big prep races,” Casse said. “That’s why they failed to make it to the Derby and that’s one of the pit falls that you face trying to get there. These two are very talented and very sound so our job is a little easier. (2015 Blue Grass Stakes runner-up) Danzig Moon was a sound horse and you could do whatever you needed to do with him, and that’s why he made it to the Derby and that’s also why I felt so bad when he got hurt because we didn’t understand why that happened. He was one of the more sound horses that we’ve had.”

This summer, Casse sent a string of horses to Saratoga for their annual summer meet but Airoforce stayed at Churchill Downs.

“He was a little further behind so by the time he came from our farm to the racetrack it was too late to think about Saratoga,” Casse said. “That may have ended up being a blessing in disguise for him. He got to train here all summer. Churchill is a really good place to train during the summer. People take it for granted because all the Saratoga horses get all the hype. It’s really easy to say looking back now but he was touting us all off.”

While Conquest Big E and Airoforce appear to be the front running 2-year-olds in the barn, Team Casse has other 2-year-olds that they look forward to racing in the future.

“We’ve got a lot of good 2-year olds,” Casse said. “The thing is just sorting them out to see if they’re dirt horses. Conquest Daddyo is a good grass horse that ran a sneaky good race (fourth) in the Breeders’ Cup Juvenile Turf. We have Conquest Enforcer that ran a real good race at Woodbine [he won the Oct. 11 Cup and Saucer], but he’s another one that we don’t know if he’s a dirt horse or not, but he’s a real talented 2-year-old. Moonlight Sky broke her maiden here by 10 lengths. Her biggest challenge is going to be getting her to mature mentally. Her head isn’t wrapped around too tight, but she’s very talented. Siding Spring is another one that we’re really high on.”

Both Airoforce and Conquest Big E are scheduled to leave for Palm Meadows on Tuesday along with the rest of the Casse barn.

“They’ll probably get a couple of weeks of just hanging out in the round pin,” Casse said “They won’t do any serious training for the rest of the year.”

MCCARTHY BELIEVES FRONT-RUNNING CARINA MIA CAN RATE – Trainer Bill Mott’s assistant Kenny McCarthy believes that Golden Rod (GII) winner Carina Mia, who has gone straight to the lead in all three career starts, has the ability to sit off the pace in future starts.

“At this point it’s helping her to manage it a little bit,” McCarthy said. “Those kind of horses tend to keep themselves out of trouble and if there’s a slow pace scenario or a fast pace scenario I think she’ll adjust to it. I don’t think you want to reinvent the wheel with her too much, but it’s always nice if someone does gun it out there that we can sit behind horses.”

The daughter of Malibu Moon earned 10 qualifying points on the Road to the Kentucky Oaks following Saturday’s victory.

“It’s a long ways off, but how can you not help but think of the Oaks?” McCarthy said. “Obviously there are a lot of races that are very special and that [Kentucky Oaks] is one of them. I was only around her when she came here to Churchill but even in that short time, she’s matured real well. I think with anything she has the raw talent that allows her to do what she does.”

LUKAS HAS HIGH HOPES FOR RECENT MAIDEN VICTOR GRAY SKY – Hall of Fame trainer D. Wayne Lukas believes that 2-year-old Gray Sky, who broke his maiden in Saturday’s 12th race on the fifth attempt, will get better as he matures.

“We’ve been pretty high on this horse from the start so we’re glad to see this happen,” Lukas said. “I’ve always liked him, and although he’s very immature but he’ll get better as he gets a little bit older. [Jockey] Robby [Albarado] said the same thing. That was a very professional experience for him right now, I love that.”

Although the son of Tapit shortened back to one turn having run around two turns in his two prior starts, Lukas has faith that he will be able to route.

“He’s bred to be a two turn horse, but we’ll see,” he said. “We’re still trying to find one. So many times these 2-year-olds that are bred to route like this horse and [recent maiden winner] Z Royal are a little bit immature and they’ll get better as they turn into their 3-year-old year, hopefully.”

“From the get-go, we’ve loved her,” Walsh said of the Smart Strike filly. “And it’s nice. You try not to get too carried away but it’s nice when they prove you right. Everything just went according to plan. It was a lovely ride and Robby (Albarado) wasn’t too hard on her. It was a great experience for her. Hopefully we can go onto bigger and better things. She’ll go down with us to Palm Meadows. … She’ll go two turns all day. We’ll see how she comes out of it and go from there, but it’s nice to win at first asking.”

LANERIE WINS 10TH CHURCHILL DOWNS RIDING TITLE – Jockey Corey Lanerie will win his 10th riding title at Churchill Downs when the 21-day Fall Meet wraps on Sunday. This will mark Lanerie’s 10th title in the last 11 meets at Churchill Downs, including eight in a row. Only Hall of Fame jockeys Pat Day (34) and Don Brumfield (12) have won more crowns beneath the Twin Spires.

“I’ve had good people behind me. My agent [Terry “Jaws” Miller] has done a good job and the owners and trainers are sticking with me and giving me great opportunities. Jockeys don’t win races; you have to have the horses for it and I’m getting all the good mounts and getting them across the wire first.”

With more than $8.1 million in earnings this year, 2015 has been Lanerie’s best in 25 years in the saddle. In addition to winning all three riding titles at Churchill Downs, the 41-year-old also added two Grade I victories to his résumé with W.D. Cubbedge’s Molly Morgan in the La Troienne on the Kentucky Oaks undercard and with Brody’s Cause in the Breeders’ Futurity at Keeneland. He also won the fall riding title at Keeneland.

“This has been my most successful year to date and it seems to get better and better each year,” Lanerie said. “Hopefully we have another good meet at Gulfstream Park in the winter and pick up where we left off up here next spring.”

While Lanerie has sealed up the riding title, the trainer title is still up in the air between trainers Steve Asmussen (11 wins), Chris Richard (10) and Mike Maker (9).

Ken and Sarah Ramsey have clinched their record-extending 25th owner’s title at Churchill Downs. They began the day with nine wins. 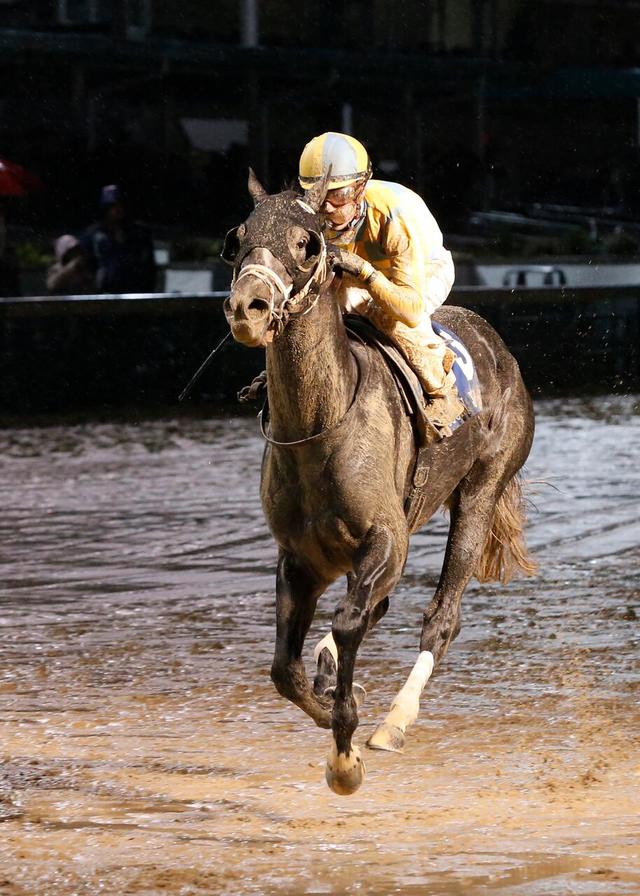