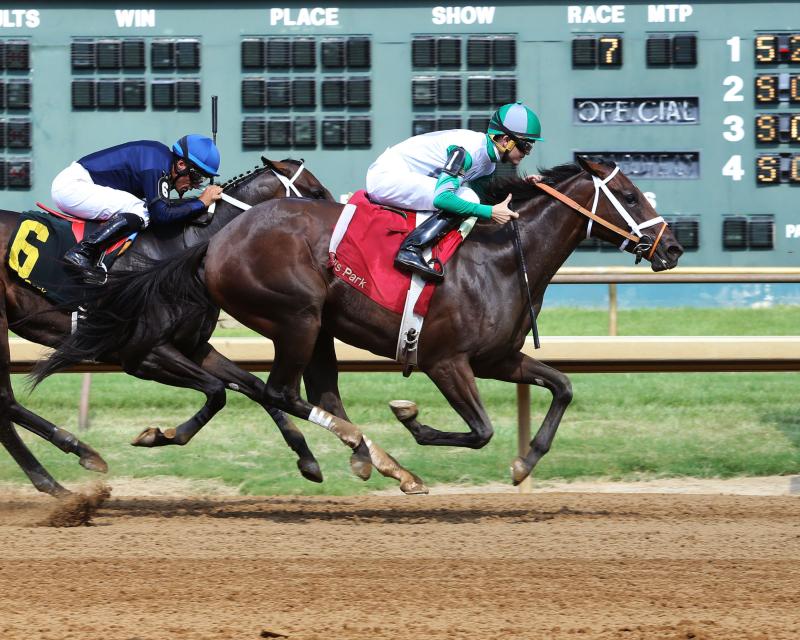 It was Dial Me’s second start and also reflected the first victory for the Churchill Downs Racing Club, a pair of 200-person partnerships that cost $500 per participant to provide the experience of racehorse ownership without the large investment. Warrior’s Club, the first horse bought by the Churchill Downs Racing Club, sold out so quickly that Dial Me was bought and offered as a second partnership. Warrior’s Club also has run twice, finishing third earlier this meet.

Dial Me wore down favored Truthful to win by three-quarters of a length under Brian Hernandez Jr. She paid $7 to win as the second choice. Because of the massive crowd of Dial Me’s owners and their friends and family, track photographer Kurtis Coady staged the winner’s circle ceremony on the racetrack rather than in the traditional winner’s circle.

“I wouldn’t be able to tell the difference here, based on the winner’s circle,” Gary Palmisano, Churchill’s VIP services manager who oversees the partnerships, told Lukas, the four-time Kentucky Derby winner who trains both Dial Me and Warrior’s Club. “My heart’s beating out of my chest.”

Said Lukas: “It’s extremely gratifying and special to bring that many people that much happiness for just a small amount (of investment). It really, really is special. It was fun to watch it.”

“That was awesome,” Palmisano said. “She’s always shown a lot of ability. Wayne was very high on her; I was high on her. She’s always been forwardly training. Super fantastic. There were about 100 people here today, just overwhelmed with emotion. Hall of Fame trainer, one of my best friends riding, this was just a great experience. Looking forward to more, and we still have the colt, who has a lot of ability.”

One owner not at the track was Kent Taylor, sports director for WAVE-3 in Louisville. Taylor and wife Connie Leonard are among Dial Me’s 200 investors, but Taylor was committed to a charity softball game. He later watched video of the race posted on Facebook.

“It was awesome,” Taylor said by phone. “This whole process has been so cool. It’s just icing on the cake to be even competitive. But to win a race, it’s just an amazing feeling. I can’t really put it into words.”

Imagine if he’d actually been there. “I know. I can’t imagine,” Taylor said with a laugh. “I’d probably be going crazy. She looked good out of the gate, then she dropped back a little bit. When she turned for home and he pulled her out a little bit and she took off, it was so impressive. I’m sure the people who were there went absolutely nuts.” 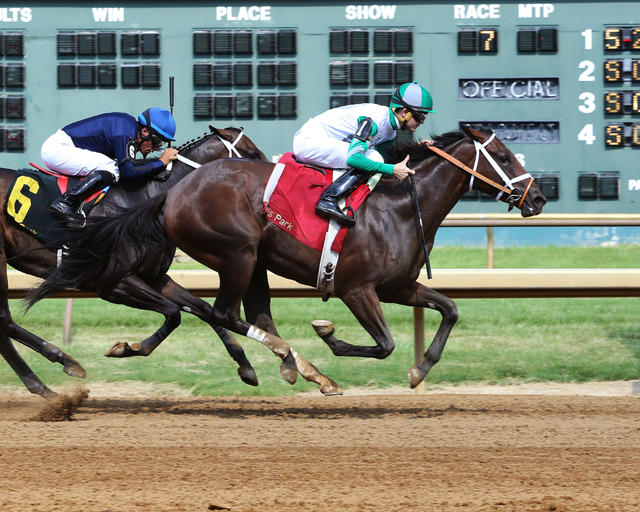