L and N Racing and Winchell Thoroughbreds’ three-time Grade I-winning filly Echo Zulu will make her first start since finishing fourth in this year’s $1.25 million Longines Kentucky Oaks (Grade I) when she goes to post as the likely favorite in Saturday night’s 42nd running of the $275,000 Dogwood (GIII) at Churchill Downs.

The seven-furlong Dogwood Stakes is part of a stakes quartet Saturday night for the Downs After Dark program. The first of 11 races will get underway at 6 p.m. (all times Eastern) and the Dogwood will go as Race 9 at 10:11 p.m. The supporting stakes on the card are the $275,000 Bourbon Trail, $275,000 Harrods Creek and $160,000 Seneca Overnight Stakes.

The daughter of Gun Runner returned as a 3-year-old where she held off Hidden Connection by a scant nose in the $400,000 Fair Grounds Oaks (GII). In the Kentucky Oaks, Echo Zulu pressed the early pace but was defeated three lengths by Secret Oath, Nest and Desert Dawn.

Echo Zulu was set to run in the $500,000 Acorn (GI) on the Belmont Stakes undercard but was a late scratch on the advice of the track veterinarian on the way to the starting gate.

The Dogwood will be the first time Echo Zulu will cut back to one turn since she won the Frizette on Oct. 3. Ricardo Santana Jr. will be aboard and will break from the rail.

Chief among Echo Zulu’s competitors in the Dogwood is her stablemate, multiple Grade II winner Wicked Halo. Owned by Winchell Thoroughbreds, Wicked Halo closed from just off the pace to win the $250,000 Prioress (GII) three weeks ago. Previously, the homebred daughter of Gun Runner scored a 4 ¾-length win in the $200,000 Tepin Stakes and a 2 ¾-length victory in the $160,000 Leslie’s Lady at Churchill Downs. As a 2-year-old, Wicked Halo won the $200,000 Adirondack (GII) at Saratoga. Jockey Tyler Gaffalione will retain the mount from post No. 7.

LBD Stable, Manganaro Bloodstock and David Ingordo’s Tarabi finished second to Echo Zulu in Spinaway and third in the Breeders’ Cup Juvenile Fillies. The Cherie DeVaux trainee will attempt to get revenge on her rival in the Dogwood out of post 4 with regular pilot Javier Castellano in the saddle. In her last start, Tarabi was victorious by three-quarters of a length in the $135,000 Wilton Stakes at Saratoga. She returned from New York after that win and sports two swift works at Keeneland– a :46.80 half-mile move on Sept. 6 and a 1:00.80 five-furlong breeze on Sept. 12.

Another top competitor in the Dogwood is Monarch Stables’ $100,000 Audubon Oaks winner Last Leaf. The Eddie Kenneally-trained daughter of Not This Time has seven lifetime victories but is searching for her first graded stakes score. Previously, Last Leaf was conditioned by Florida-based trainer Ron Spatz and was left in Kenneally’s care following the Audubon Oaks. When she was based in Florida, Last Leaf scored victories in the $75,000 Game Face Stakes and $75,000 Azalea Stakes. Last Leaf will be ridden by Rafael Bejarano out of post 6.

The Dogwood, named for the hardy blooming tree, comes six weeks in advance of the Breeders’ Cup Filly & Mare Sprint (GI), which is scheduled for Nov. 5 at Keeneland. Champion Covfefe won both races in 2019. 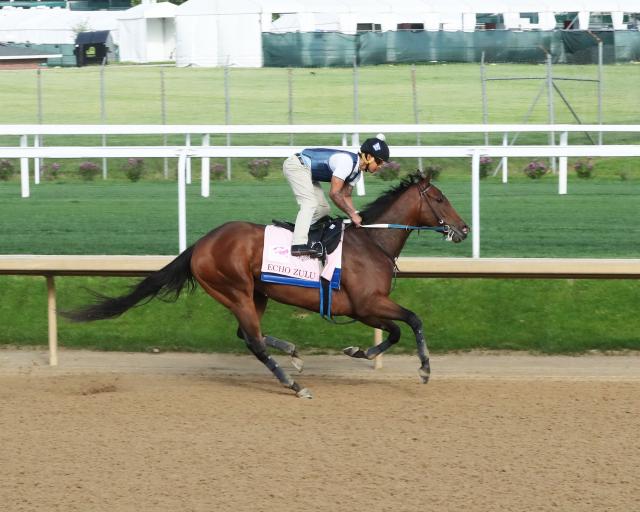