For the sixth year in a row, the 1 1/8-mile Fleur de Lis is a Breeders’ Cup Challenge Series “Win and You’re In” stakes event, which means the winner will be guaranteed a berth in the Longines Breeders’ Cup Distaff (GII) on Nov. 7 at Keeneland.

The Fleur de Lis – which means “Flower of the Lily” and honors the French symbol that is incorporated into the city of Louisville’s Flag – will be run as Race 9 at 5:15 p.m. (all times Eastern). It will be televised live on NBC from 5-6 p.m.

Earlier this year on Feb. 29, Midnight Bisou was beaten just three-quarters of a length by Maximum Security in the inaugural $20 million Saudi Cup, which featured a field of 14 at 1 1/8 miles in the world’s richest horse race at King Abdulaziz Racecourse.

“Her training before we went to Saudi was just mindboggling,” Asmussen said. “It’s just like it is now. We still wonder how she’s able to do it so easily and so consistently. Her works at Churchill have been beautiful. I was very tempted to run her in the (June 13) Ogden Phipps and leaving She’s a Julie for the Fleur de Lis. I feel like with what she’s done – traveling to Saudi, taking on older boys and everyone knows the trip she got and knows the circumstances… how do you have an adjective for what she is and what she means to racing? Coming back, the next race isn’t the goal for this year. The Breeders’ Cup is. She is arguably the best horse in the world.”

Hall of Fame jockey Mike Smith will be in the irons from post No. 5.

Serengeti Empress, the winner of the 2019 Kentucky Oaks, will attempt to get the jump on Midnight Bisou as the Tom Amoss trainee will likely be the speed of the race from post 4 under Joe Talamo.

“We have all the confidence in the world of our filly,” Amoss said. “We know how she likes to go and that’s to be on the lead. It’s a tough matchup against a champion but the way our horse has prepared for this race has us very confident she’ll put in a great performance.”

All horses will tote 120 pounds except Midnight Bisou and Serengeti Empress who will carry 124. 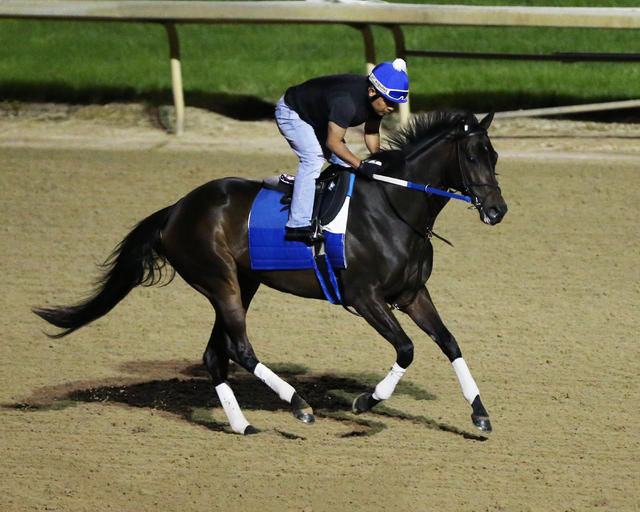