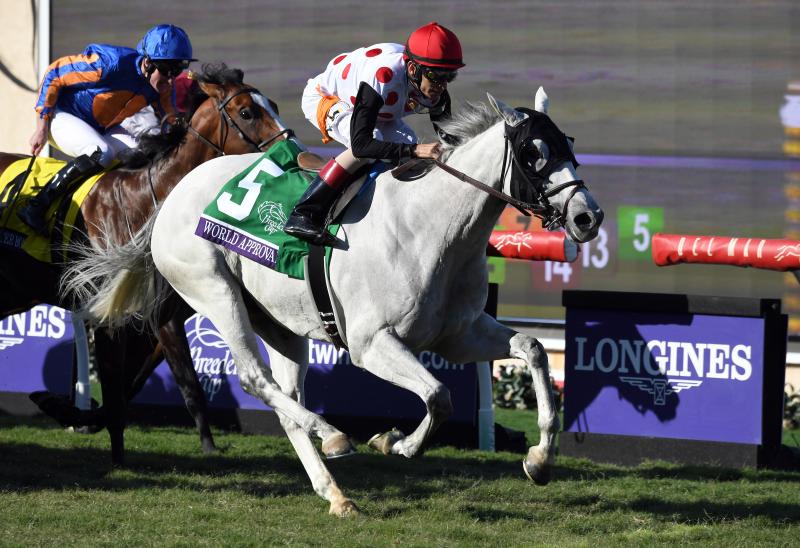 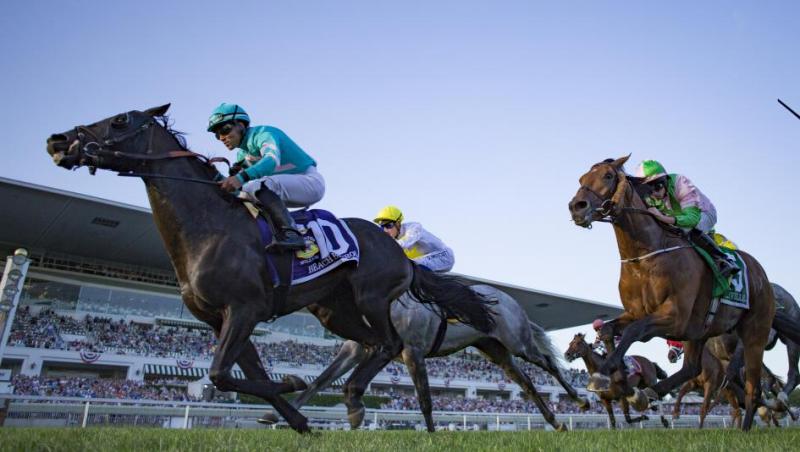 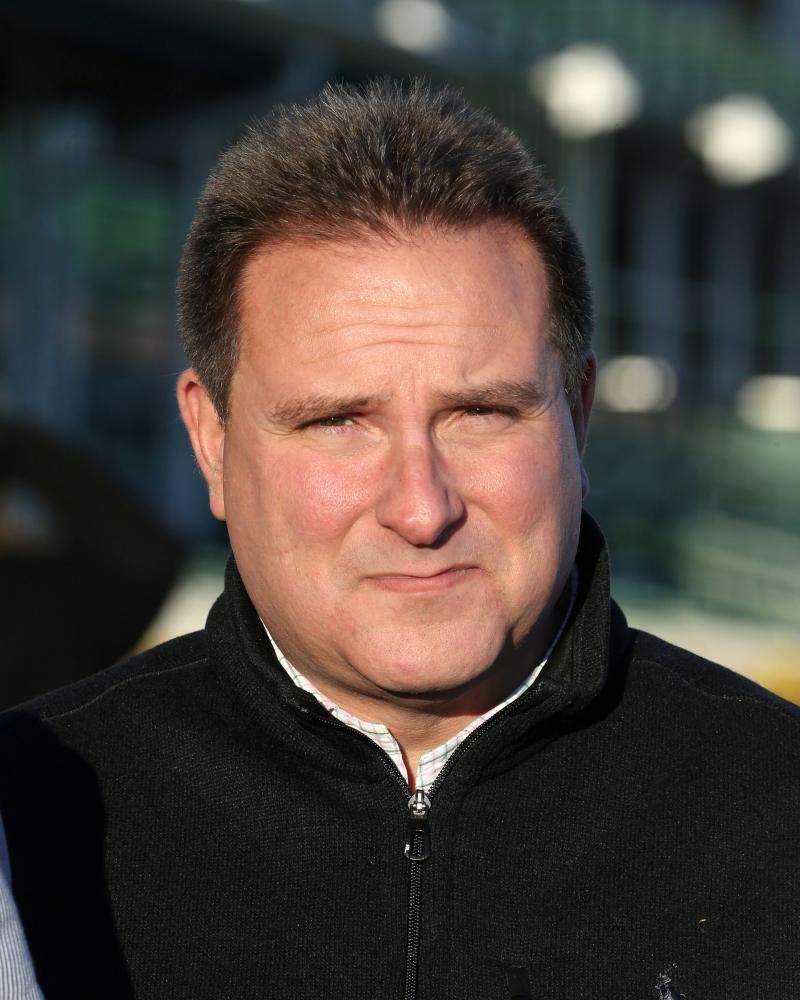 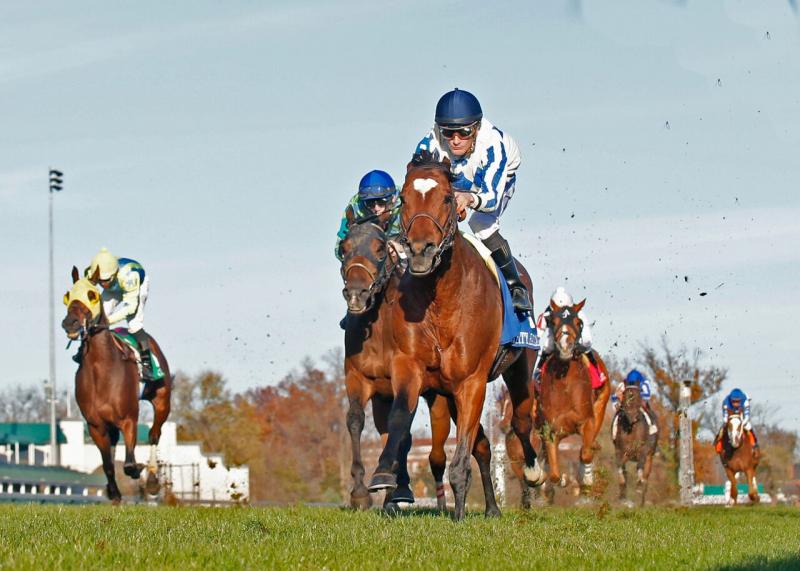 Live Oak Plantation’s 2017 Champion Turf Male World Approval tops 62 older grass specialists that were nominated to compete in the newly-renamed $500,000 Old Forester Turf Classic (Grade I) at Churchill Downs on Kentucky Derby Day. Formerly known as the Woodford Reserve Turf Classic since 2000, the 32nd renewal of the 1 1/8-mile grass race for 4-year-olds and up will immediately precede the Kentucky Derby Presented by Woodford Reserve (GI) on Saturday, May 5.

The Turf Classic, televised live on NBC, annually attracts many of the nation’s most accomplished grass racing stars. Past winners include two-time Horse of the Year Wise Dan, one of three horses to earn a pair of victories in the race, and Eclipse Award champions Manila, Paradise Creek, Sky Classic and English Channel. Also, Einstein (BRZ), a Grade I winner on both dirt and turf, won back-to-back renewals in 2008-09.

This year’s nominees are led by 11 Grade or Group I winners from around the globe. World Approval, who scratched from last year’s edition of the race due to weather conditions, dominated the 2017 turf scene with victories in Pimlico’s Dixie (GII), Saratoga’s Fourstardave (GI), Canada’s Woodbine Mile (GI) and a championship-clinching 1 ¼-length win in the Nov. 4 Breeders’ Cup Mile (GI) at Del Mar. Trained by Mark Casse, the 6-year-old gelded son of Northern Afleet recently catapulted over $3 million in earnings with a half-length victory in the Feb. 10 Tampa Bay Stakes (GIII). Bred by his owner in Florida, World Approval has a record of 25-12-2-4—$3,052,363.

Another accomplished Grade I-winning nomineee is Covello, Head of Plains Partners LLC and Sheep Pond Partners’ five-time winner Beach Patrol. The 5-year-old Chad Brown trainee led until the final stages of last year’s Turf Classic when he was caught on the wire by Divisidero. The Kentucky-bred son of Lemon Drop Kid continued his top form with a half-length victory in the Arlington Million (GI) and a five-length romp in Belmont’s Joe Hirsch Turf Classic Invitational (GI). Beach Patrol closed his 2017 campaign when he was narrowly defeated by Talismanic in the Breeders’ Cup Turf (GI).

A complete list of nominations will be available at https://www.churchilldowns.com/horsemen/stakes/nominations/.

Horses nominated to the Old Forester Turf Classic were made eligible by a $100 payment that was due Feb. 17. Horses not nominated can qualify through a $1,000 late fee due April 14 or a $10,000 supplemental nomination due at the time of entry on May 1. The race is limited to 14 starters with preference given to winners of graded turf stakes and, after that, highest earnings in stakes races on turf in 2017-18.

Churchill Downs, the world’s most legendary racetrack, has conducted Thoroughbred racing and presented America’s greatest race, the Kentucky Derby, continuously since 1875. Located in Louisville, the flagship racetrack of Churchill Downs Incorporated (NASDAQ: CHDN) offers year-round simulcast wagering at the historic track. Churchill Downs will conduct the 144th running of the Kentucky Derby Presented by Woodford Reserve on May 5, 2018. The track’s 2018 Spring Meet is scheduled for April 28-June 30. An eight-time host to the Breeders’ Cup World Championships, Churchill Downs will again be the site of that event on Nov. 2-3, 2018. www.ChurchillDowns.com. 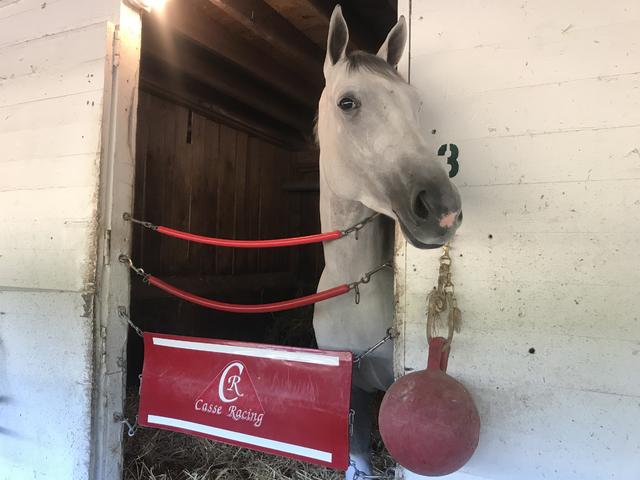