LOUISVILLE, KY (Tuesday, April 16, 2019) – Churchill Downs’ second annual Champions Day presented by Twinspires.com will celebrate the 100th anniversary of the Triple Crown and honor its winners on Tuesday of Derby week. In addition to a full day of racing, Triple Crown-winning jockeys, trainers and owners will sign autographs; fans can have their photos taken with rarely seen Triple Crown memorabilia from the Kentucky Derby Museum’s Vault; and guests can learn from the best during a special handicapping seminar. Gates open at 11:00 a.m., first post at 12:45 p.m. Tickets start at $12 at https://www.kentuckyderby.com/visit/derby-week/champions-day.

The Triple Crown Legends Autograph Session is open to all guests in the Plaza from 12:30 p.m. - 2:30 p.m. Guests can purchase a collectible poster for the famous connections to sign and proceeds from the poster sales will benefit the Thoroughbred Aftercare Alliance. Participating jockey’s, trainers and owners include:

-Steve Cauthen - Affectionately known as "The Kid", he became the youngest jockey ever to win the Triple Crown aboard Affirmed in 1978

The Triple Crown Vault Photo Opportunity presented by Kentucky Derby Museum will give fans a chance to see - and have their photo taken with - trophies and other memorabilia from Triple Crown Winners War Admiral, Citation and Sir Barton. Specific memorabilia and photo times in the Plaza include:

The Industry Insider Derby Week Handicapping Seminar presented by Twinspires.com offers an expert panel to provide an in depth review of Derby week racing in the Aristides Lounge from 12:00 p.m. – 12:40 p.m. The panel includes “At the Races” host Steve Byk, clocker and bloodstock agent Gary Young, NBC reporter and analyst and one of the most decorated female jockeys of her time Donna Barton Brothers and Brisnet Marketing Director Ed DeRosa.

Fans who want to take advantage of everything that Champions Day and Tuesday of Derby Week have to offer can purchase the “Ultimate Champions Experience” at https://www.kentuckyderby.com/championsday. This $250 special ticket package includes:

•A seat in the Starting Gate Suites during Champions Day

•An exclusive meet and greet with legendary jockeys and trainers

About the Thoroughbred Aftercare Alliance

Based in Lexington, Ky., the Thoroughbred Aftercare Alliance is a nonprofit organization that accredits, inspects, and awards grants to approved aftercare organizations to retire, retrain, and rehome Thoroughbreds using industry-wide funding. Along with continued funding from its original partners Breeders’ Cup, The Jockey Club, and Keeneland Association, the TAA is supported by owners, trainers, breeders, racetracks, aftercare professionals, and other industry members. To date, 64 aftercare organizations supporting approximately 170 facilities across North America have been granted accreditation and received funding from the TAA. To learn more about the TAA, visit thoroughbredaftercare.org. 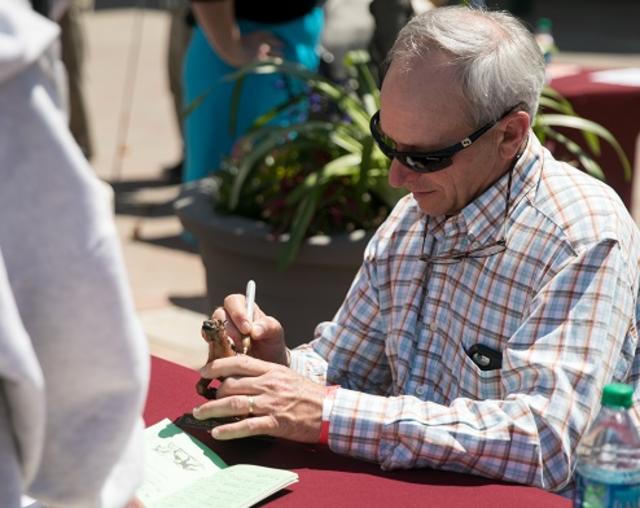