With more than 3,000 pounds of turkey ready to be carved, alongside all of the fixings, Thanksgiving Day at Churchill Downs has been a Louisville, Ky. tradition for more than 45 years.

“It’s probably our busiest day of the year outside of Derby week,” said Levy Restaurants’ David Danielson, the Executive Chef at Churchill Downs. “We start preparing the meal months in advance to ensure we have enough food to serve everyone attending. Since we have to order so much food, especially turkeys, we have to start planning our shipments months ahead of time.”

Danielson, alongside a team of several hundred chefs, will begin cooking the Thanksgiving meal early Thursday around 1 a.m. The menu, according to Danielson, consists of preparing nearly 3,000 pounds of turkey, 1,756 pounds of spiral ham, 16,000 dinner rolls, 1,200 pounds of corn, 3,000 pounds of mashed potatoes, and 1,920 pounds of green beans. 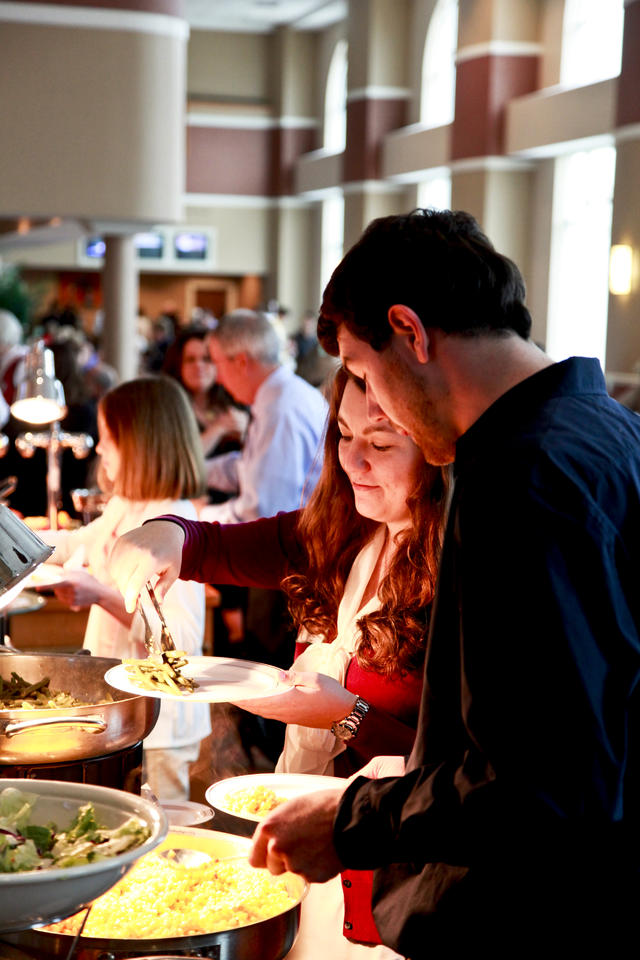