A total of 18 stakes events, topped by the 146th runnings of the $3 million Kentucky Derby presented by Woodford Reserve (Grade I) and $1.25 million Longines Kentucky Oaks (GI), are on tap for the 2020 September Meet at Churchill Downs.

The September Meet stakes schedule is led by the revised Kentucky Derby Week, which was moved from April 25-May 2 to Sept. 1-5 because of the COVID-19 pandemic. The spectacular week of racing will feature 14 graded stakes, including five Grade I races that will be headlined by the Kentucky Derby on Saturday, Sept. 5 and Kentucky Oaks on Friday, Sept. 4.

Kentucky Derby Day will showcase seven graded stakes races including the Grade I, $1 million Old Forester Bourbon Turf Classic at 1 1/8 miles on the Matt Winn Turf Course for older horses and the Grade I, $500,000 Derby City Distaff (formerly known as the Humana Distaff) for fillies and mares at seven furlongs.

A new addition to the revised Kentucky Derby Day stakes schedule is the $200,000 Iroquois presented by Ford (GIII), the launch of the Road to the 2021 Kentucky Derby (Top 4 points: 10-4-2-1) and a “Win and You’re In Breeders’ Cup Juvenile Division” race for 2-year-olds that will be run at one-mile. The winner will receive an automatic berth to the $2 million Breeders’ Cup Juvenile (GI) held on Nov. 6 at Keeneland.

While the Iroquois is set for Kentucky Derby Day, its filly counterpart, the $200,000 Pocahontas (GIII), will be run two days prior on “Thurby.” The one-mile event for 2-year-old fillies kicks off the Road to the 2021 Kentucky Oaks (Top 4 points: 10-4-2-1) and is a “Win and You’re In Breeders’ Cup Juvenile Fillies Division” contest with the winner receiving an automatic berth to the $2 million Breeders’ Cup Juvenile Fillies (GI) on Nov. 6 at Keeneland.

The Grade I Churchill Downs Stakes, which was previously run on Kentucky Derby Day, is tentatively scheduled to be run during the Fall Meet. 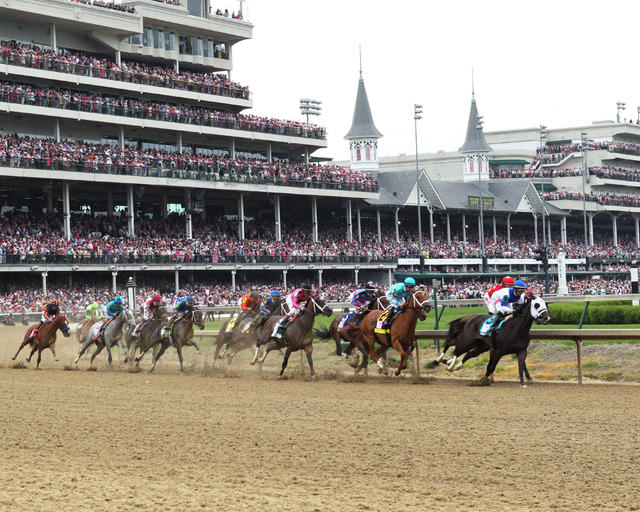