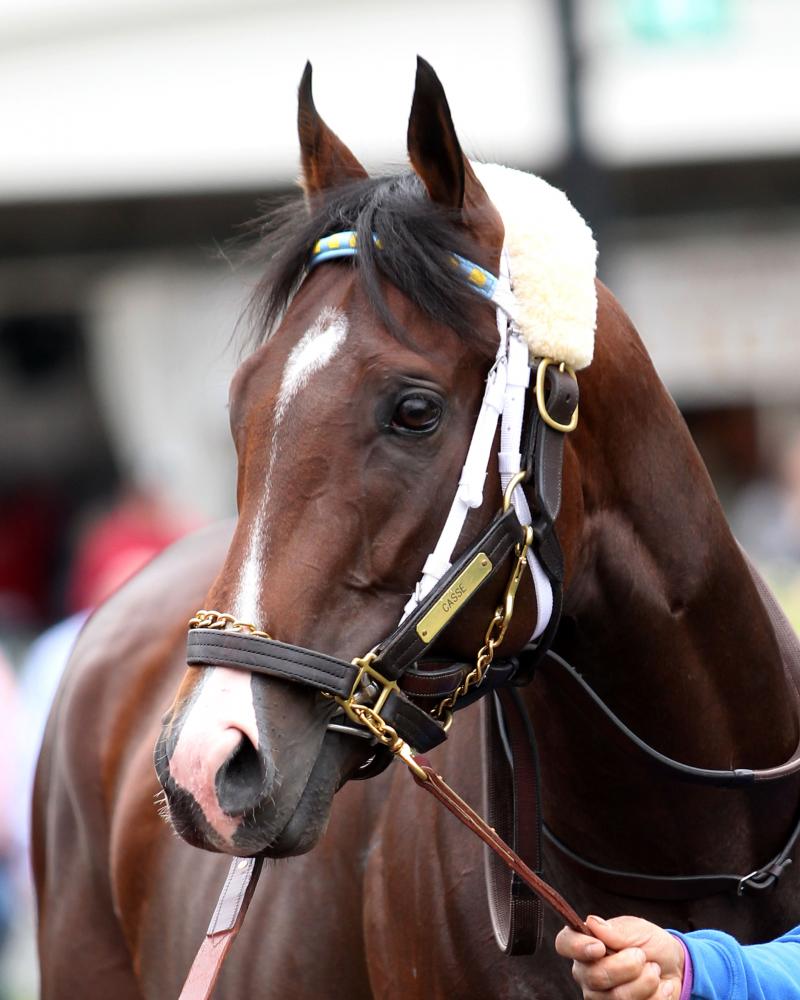 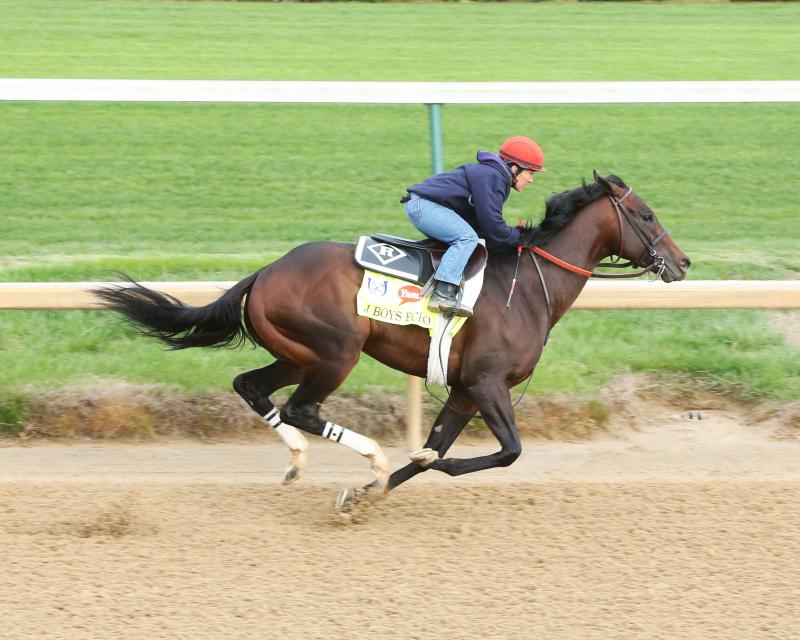 Trainer Dale Romans has added the name of J Boys Echo, 15th in the Kentucky Derby (GI), to the list of probable starters in the Belmont Stakes (GI). (Coady Photography, Churchill Downs) 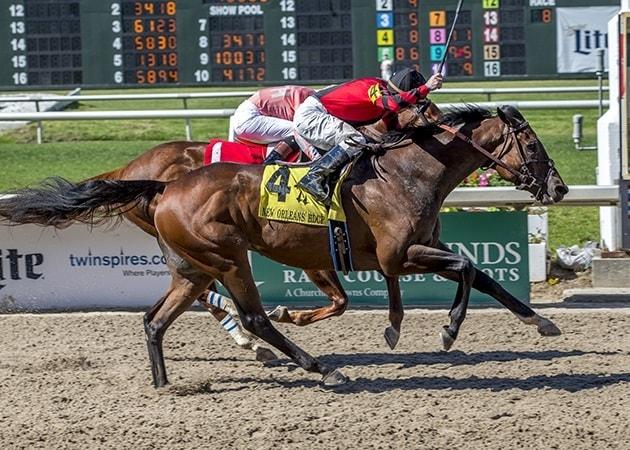 DAARS Inc.s Honorable Duty, shown in his victory in the New Orleans Handicap (GI) at Fair Grounds, is expected to complete in Churchill
Downs' $500,000 Stephen Foster Handicap (GI). The son of Distorted Humor was runner-up in the Alysheba (GII) in his most recent start for trainer Brendan Walsh. (Fair Grounds, Hodges Photography Amanda Hodges Weir) 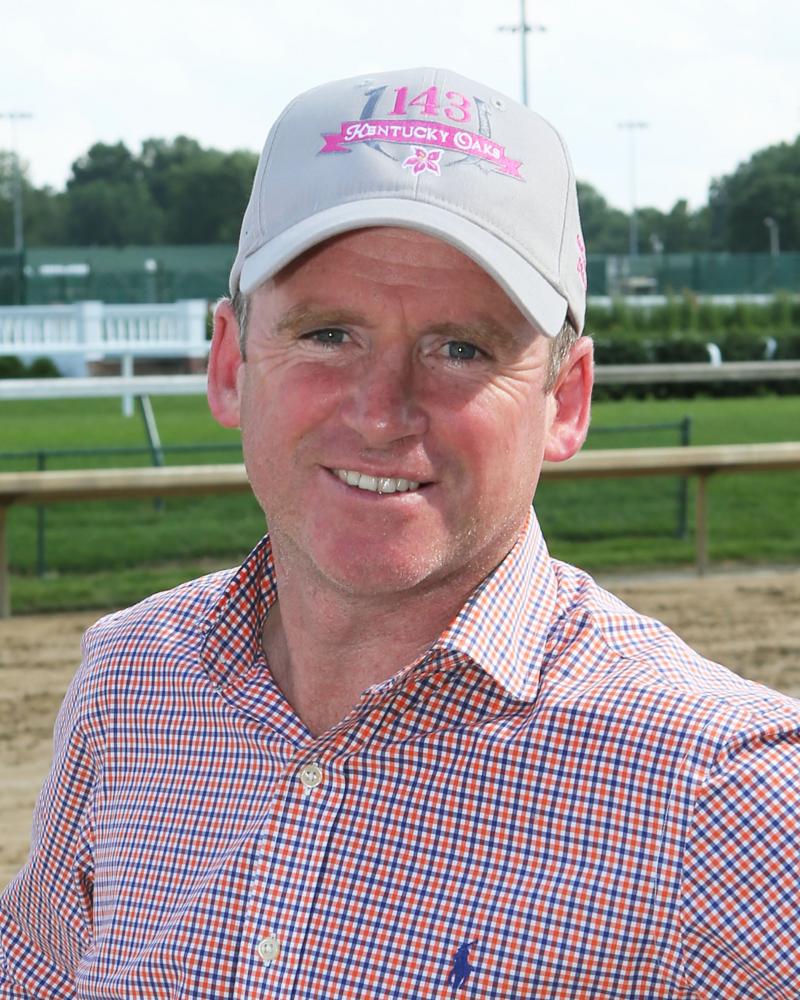 John Oxley’s Classic Empire, who lost Saturday’s $1.5 million Preakness (Grade I) by a head two weeks after finishing fourth in the $2,395,800 Kentucky Derby Presented by Yum! Brands (GI), is scheduled to begin his preparations for the June 10 Belmont Stakes (GI) with a Friday morning jog at Churchill Downs.

“We are really proud of his Preakness effort,” assistant trainer Norm Casse said. “He came out of the race in great shape and we’re excited to get him back to training.”

The Casse’s are unsure as to when Classic Empire would ship to New York or if he would breeze at Churchill Downs or Belmont.

“We’ll have to look into the plane schedule,” Casse said. “We have a lot of horses at our Churchill division who will run in stakes races that weekend, so there are some logistical questions we need to figure out first.”

After encountering trouble at the start of the Kentucky Derby and running 12 lengths off of the early pace at the half-mile pole, Classic Empire was forwardly placed in the Preakness tracking Derby winner Always Dreaming. Classic Empire opened a three-length lead at the top of the stretch but was caught in the final stages by Cloud Computing.

J Boys Echo, who also is based at Churchill Downs, added his name to the Belmont probable field. Owned by Albaugh Family Stables and trained by Louisville-native Dale Romans, the 3-year-old son of Mineshaft finished 15th in the Derby.

HONORABLE DUTY SEEKS REDEMPTION IN STEPHEN FOSTER – DAARS Inc.’s Honorable Duty, most recently runner-up in the Alysheba (Grade II) on the May 5 Kentucky Oaks undercard, will test his hand in the $500,000 Stephen Foster Handicap (GI) on Saturday, June 17.

The 5-year-old gelding by Distorted Humor capped off his 2016 campaign with a three-quarter-length victory at Fair Grounds in the Tenacious Stakes. Honorable Duty continued his winning ways in the Big Easy to start the year with a half-length triumph in the Mineshaft Handicap (GIII) and a neck victory in the New Orleans Handicap (GII). In the Alysheba, Honorable Duty closed ground late but finished 1 ½ lengths behind Bird Song.

“He ran a super race in the Alysheba,” Walsh said. “That was really solid second to Bird Song, who is a very nice horse for Ian (Wilkes). We’ve been taking it easy on him since that race but he’s doing really well.”

TORRES ANXIOUS FOR RETURN TO SADDLE – Jockey Francisco Torres, who was injured March 30 at Fair Grounds, is expected to return to the saddle at the beginning of the Ellis Park meet on July 1, according to his agent Derek Ducoing.

“He’s doing well,” Ducoing said. “If everything keeps going to plan, he’ll be back in the saddle in about five-to-six weeks.”

Torres, 48, fractured his C-6 vertebra and tailbone as a result from a spill at Fair Grounds and has been recovering at his home in Chicago.

This is the fourth neck fracture Torres has suffered in his 28-year career as a jockey.

Ship Disturber, who won for a $7,500 claiming tag on May 11 and a $5,000 tag on Sunday for Caldwell, is the lone two-time winner of the meet. “Scooter” Dickey prevailed in a six-way shake for the 5-year-old gelding and takes over his training for co-owner John Impellizeri.

DOWN THE STRETCH – With rain in the area late Wednesday and into Thursday morning, Thursday’s sixth and eighth races have been taken off the turf and transferred to the main track, which was labeled “sloppy.” The rain was forecasted to move out and track superintendent Jamie Richardson believes the track condition could be upgraded before post time thanks to westerly winds of 14-16 mph. … There is a $37,964 carryover in the 20-cent Single 6 Jackpot Thursday at Churchill Downs. The sequence starts in Race 3 with an approximate post time of 5:58 p.m. (all times Eastern). … Trainer Steve Asmussen is two wins away from reaching 600 victories at Churchill Downs and “Buff” Bradley is one win away from 100 victories at Churchill Downs. … Nominations for the $65,000-added Mighty Beau Overnight Stakes, a five-furlong turf sprint for 3-year-olds and up on June 3, and the $100,000 Old Forester Mint Julep Handicap (GIII), for fillies and mares 3-years-old and up at 1 1/16 miles on turf on June 10, close Saturday. … With Memorial Day on Monday, Churchill Downs will have a special five-day holiday week of racing (with first race post time, number of races): Thursday (5 p.m., 8 races), Friday (12:45 p.m., 9 races), Saturday (12:45 p.m., 11 races), Sunday (12:45 p.m., 10 races) and Memorial Day Monday (12:45 p.m., 11 races). … The Twilight Thursday abbreviated eight-race program is highlighted by $1 draft beers, food trucks, live music on the Plaza stages by funk band Curio Key Club and a Wagering 101 tent for betting advice. … “Inside Churchill Downs,” co-hosted by Churchill Downs Racetrack’s John Asher, Darren Rogers and Kevin Kerstein, airs Saturday throughout the Spring Meet from 10-11 a.m. on ESPN 680/105.7. … Sunday features a Stakes & Eggs brunch in the Stakes Room for $45 ($22 for children). … In celebration of Memorial Day on Monday, all active and retired members of the United States armed forces will be admitted free of charge. Also, Churchill Downs’ bugler Steve Buttleman will perform patriotic melodies following the “Call to the Post” for each race. 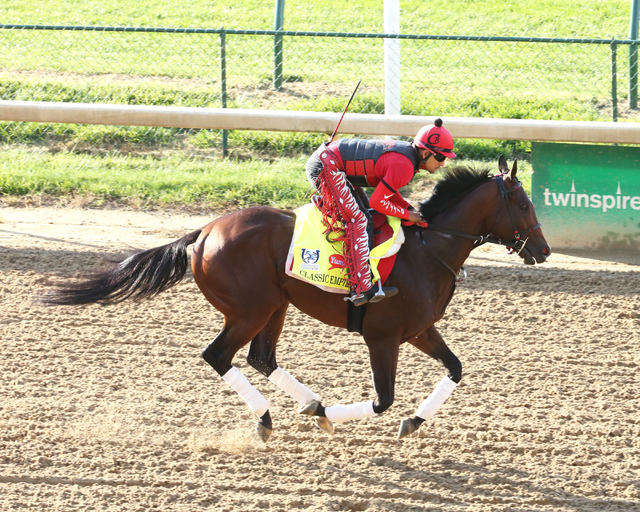