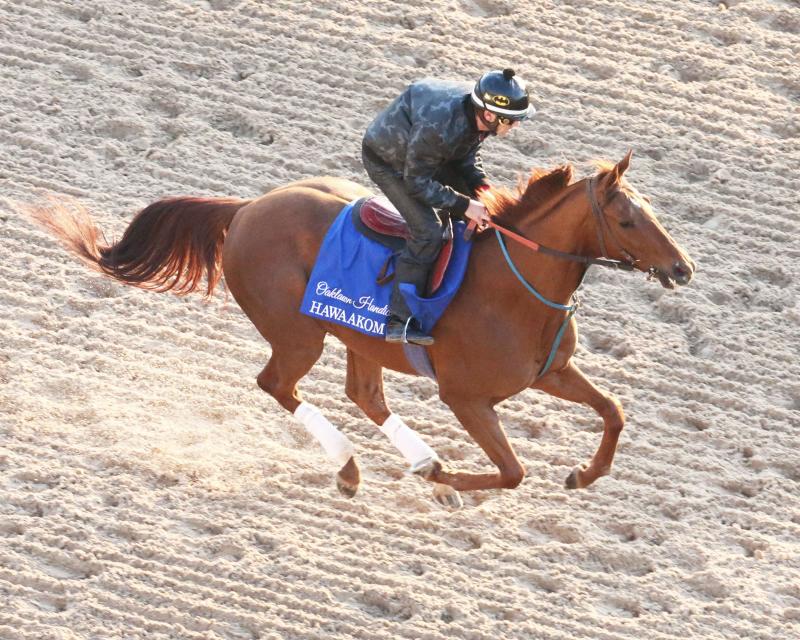 Alysheba (GII) runner-up Hawaakom, shown in an April gallop at Oaklawn Park, is among those expected to compete in next week's 37th running of Churchill Downs' 500,000 Stephen Foster Handicap (Grade I). (Coady Photography/Oaklawn Park) 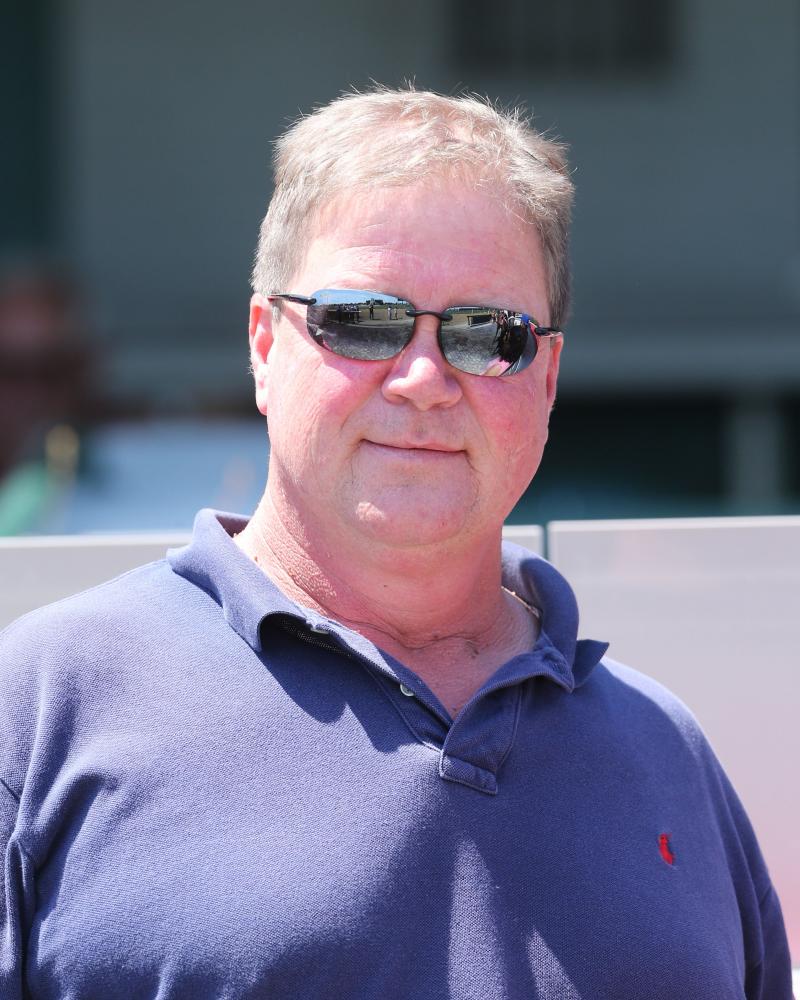 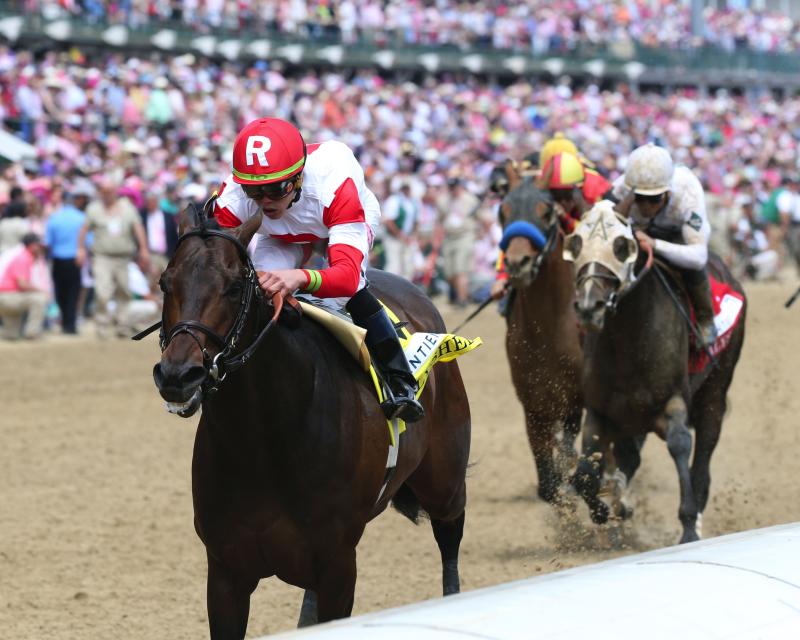 Ken and Sarah Ramsey's Backyard Heaven, an impressive winner of the Alysheba (GII) on Kentucky Oaks (GI) Day, is expected to be among the favorites for next Saturday's 37th running of the Grade I, $500,000 Stephen Foster Handicap. (Coady Photography/Churchill Downs)

Lookin at Lee, runner-up to Always Dreaming in the 2017 Kentucky Derby (GI) and a contender for the upcoming Stephen Foster Handicap (GI), provided Hall of Fame trainer Steve Asmussen with his 8,000th career victory in a 2018 Derby Day allowance race. (Coady Photograph/Churchill Downs) 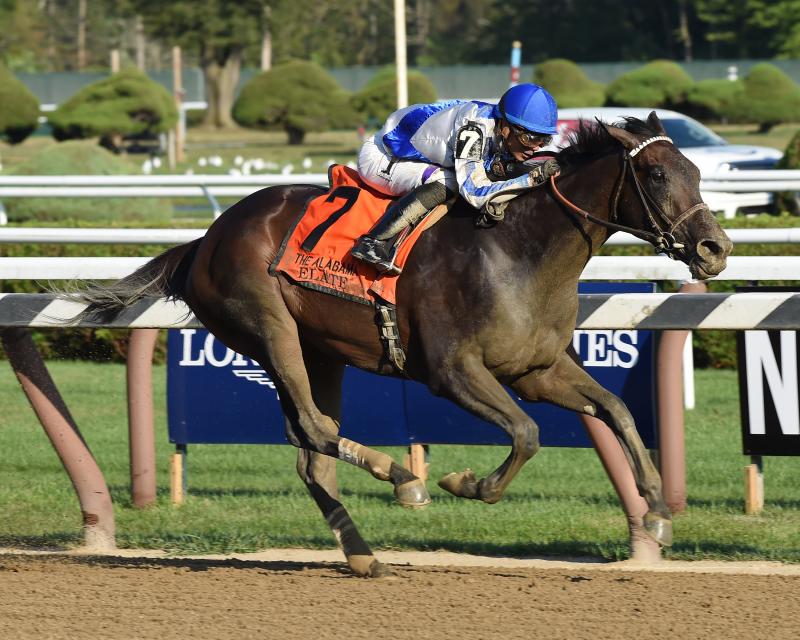 Claiborne Farm and Adele Dilschneider's Elate, winner of the 2017 Alabama (GI) at Saratoga, is expected to compete in the 43rd running of the Grade II, $200,000 Fleur de Lis Handicap on the Stephen Foster Handicap (GI) undercard at Churchill Downs. (Coglianese Photo,/NYRA) 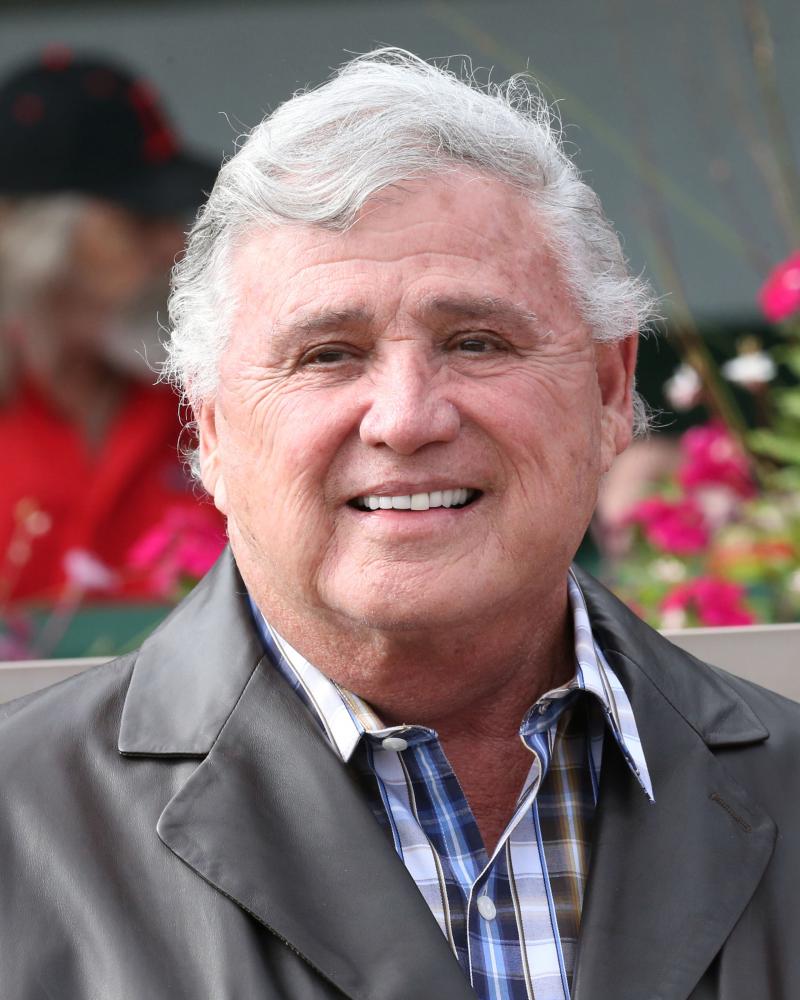 The 37th running of the Grade I, $500,000 Stephen Foster Handicap is the centerpiece of five graded stakes events for Downs After Dark Presented by Budweiser on Saturday, June 16 at Churchill Downs.

“The Stephen Foster is one of those races that every horseman wants to win,” said locally-based trainer Wes Hawley, who is expected to start Alysheba (GII) runner-up Hawaakom in the 1 1/8-mile race. “I wanted to run in this race last year and ever since then I’ve been excited to target it for Hawaakom.”

“We’re all geared up and ready to go,” trainer Wayne Catalano said of his Fleur de Lis probable entrant Farrell. “She breezed an old-school seven furlongs (Thursday) morning in 1:27.20. She galloped out one mile in 1:41 and change. You don’t see many horses who can do it as easily as she did. We’re ready to see what she’s got in the Fleur de Lis.”

Below are some of the early probable entrants for the Wise Dan, Matt Winn and Regret:

LOVELY BERNADETTE HOPES TO ‘GET BACK ON TRACK’ AS 3-1 MORNING LINE FAVORITE IN SATURDAY’S $100,000 OLD FORESTER MINT JULEP HANDICAP – James Miller’s multiple graded stakes-winning filly Lovely Bernadette, a recent transfer to the barn of trainer Bernie Flint, is the 3-1 morning line favorite in the field of 11 fillies and mares that were entered in Saturday’s 42nd running of the $100,000 Old Forester Mint Julep Handicap (Grade III) at Churchill Downs.

“We got her in the barn the other month and we’ve been really excited to run her Saturday,” Flint’s longtime assistant Georgia Jackson said. “She ran against some really tough fields to start her 4-year-old campaign but we’re hoping Saturday’s race gives her some confidence going forward and we can get back on track.”

Lovely Bernadette (16-7-0-3—$509,579) reeled off three consecutive victories to close her 2017 campaign in the Sept. 6 Indiana Grand Stakes, Oct. 20 Valley View (GIII) at Keeneland and Nov. 24 Mrs. Revere (GII) at Churchill Downs. The daughter of Wilburn began her 4-year-old campaign slowly with disappointing efforts in the March 10 Hillsborough (GII) at Tampa Bay Downs and the April 14 Jenny Wiley (GI) at Keeneland but will attempt to give Flint his second victory in the Old Forester Mint Julep Handicap. Flint won the race in 2014 with Honey Hues.

“It was great when we won this race back in 2014,” Jackson said. “(Lovely Bernadette) has really been training well and I think we have a good shot to win.”

Jockey Corey Lanerie has the call on Lovely Bernadette as the 119-pound starting high weight and will break from post 3.

MEET LEADERS – Jockey Brian Hernandez Jr. maintained a 31-25 lead over 15-time Churchill Downs leading rider Corey Lanerie in the jockey standings through 24 days of the 38-day Spring Meet. Florent Geroux was third with 21 wins while Ricardo Santana Jr. sat in fourth with 16 victories, Julien Leparoux rounded out the Top 5 with 15 wins. … Hall of Fame trainer Steve Asmussen held a four-win cushion over second place Brad Cox in the trainer standings, 16-12. Kenny McPeek was third with 11 wins and Eddie Kenneally, Mike Tomlinson and Ian Wilkes were tied for fourth with 10 victories each. … Churchill Downs all-time leading owners Ken and Sarah Ramsey had a 5-4 lead over Gary and Mary West in the owner’s standings. Whitham Thoroughbreds was third with three victories.

The pomp of the Belmont Park action will be featured prominently at Churchill Downs on Saturday with the simulcast of the 1 ½-mile Belmont Stakes scheduled for 6:46 p.m. – which comes after the final live race at 5:58 p.m. Video and audio of a majority of the stakes races from Belmont will be shown between races on the track’s massive Big Board when they don’t conflict with live action.

Five stakes races are carded Friday for Belmont’s 11-race program, including the $600,000 New York (GII) for fillies and mares at 1 ¼ miles on the inner turf and $400,000 Belmont Gold Cup Invitational (GII) for 4-year-olds and up at two miles on the Widener Turf Course. The two races go as Races 9 and 10 at 5:14 p.m. and 5:46 p.m., respectively, and will be televised on NBCSN from 5-6 p.m. Similar to Churchill Downs’ popular Oaks/Derby Double, the New York Racing Association (NYRA) will offer a pair of two-day doubles: the New York Stakes/Metropolitan Handicap Double, which has a $100,000 guarantee, and the $300,000 guaranteed Belmont Gold Cup/Belmont Stakes Double. There is also a $500,000 guaranteed Late Pick 4 from Belmont on Races 8-11.

DOWN THE STRETCH – The week ahead at Churchill Downs features a Thursday-Sunday racing week that kicks off with Twilight Thursday. The abbreviated eight-race program starts at 5 p.m. and is highlighted by $1 beers, live music on the Plaza stage by local folk band Bridge 19, food trucks and lawn games in The Plaza. There also is a massive $408,781 jackpot carryover for the 20-cent minimum Single-6 Jackpot on Races 3-8. … Friday is “Senior Day” at Churchill Downs with a first post of 12:45 p.m. Guests 60 and up can purchase discounted dining tickets to Millionaires Row which includes a Chef’s Table buffet. To purchase tickets for Senior Day, call (502) 636-4450. … The hosts of “Inside Churchill Downs” – Churchill Downs Racetrack’s John Asher, Darren Rogers and Kevin Kerstein – will preview Saturday’s Churchill Downs and Belmont Park racing action with special guests on their 6-7 p.m. show that airs every Friday on ESPN 680/105.7. Those outside the Louisville area can listen live online at http://www.espnlouisville.com/ or download a podcast of the show after its completion. … Churchill Downs has a special Stakes & Eggs brunch in the Stakes Room on Sunday for $45. Tickets can be purchased in advance online at ChurchillDowns.com/Tickets. … Congratulations to trainer Lon Wiggins for winning Barn of the Week honors. Wiggins and his staff will be honored with a Winner’s Circle recognition and pizza party. 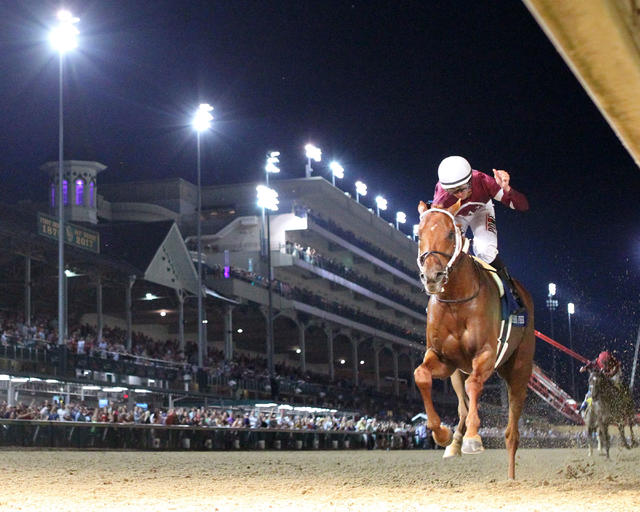