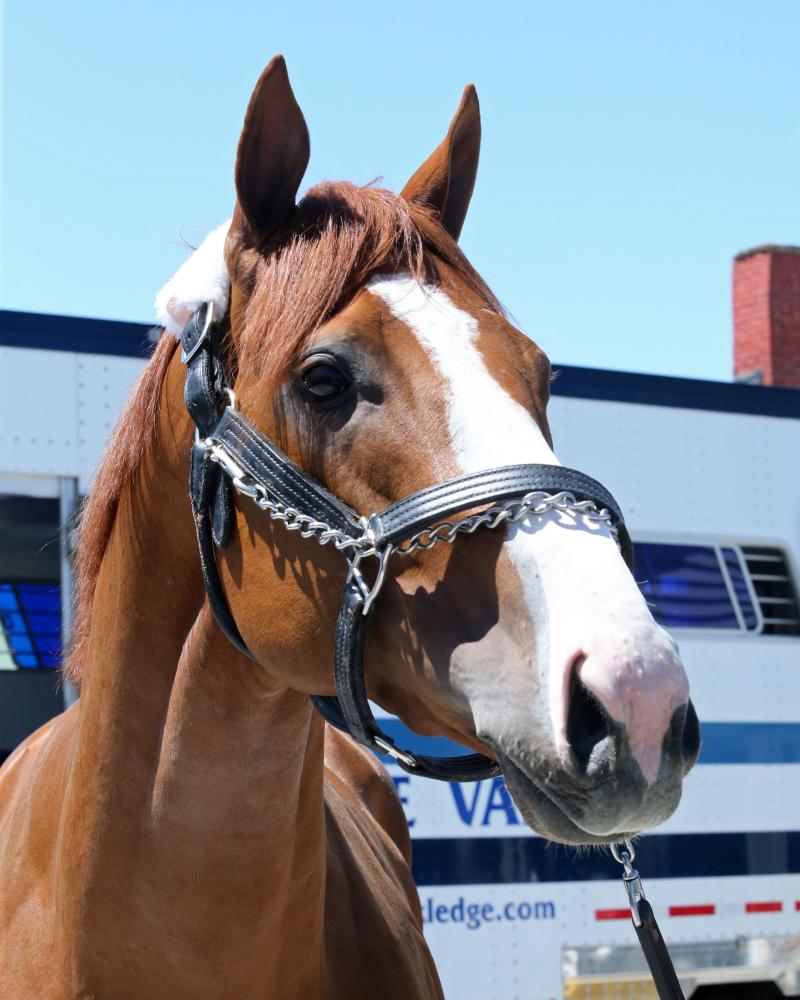 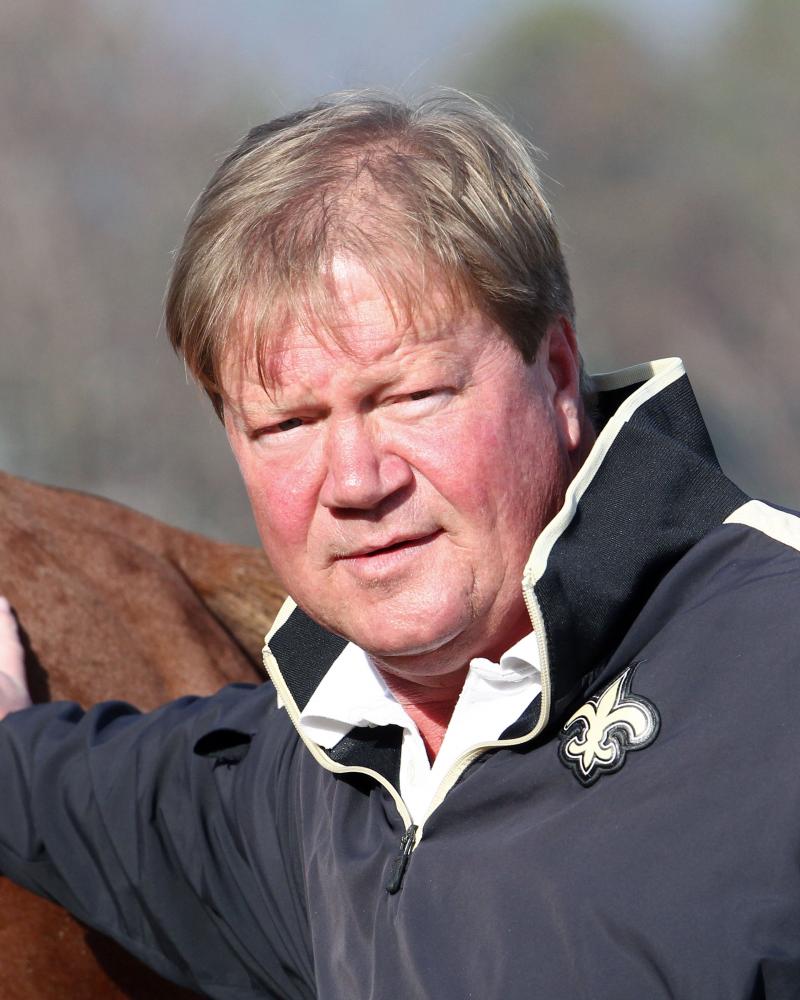 Trainer Wes Hawley is eyeing a run in the $500,000 Stephen Foster Handicap (GI) for his veteran stars Hawakoom and Thirstforlife. (Coady Photography/Oaklawn Park) 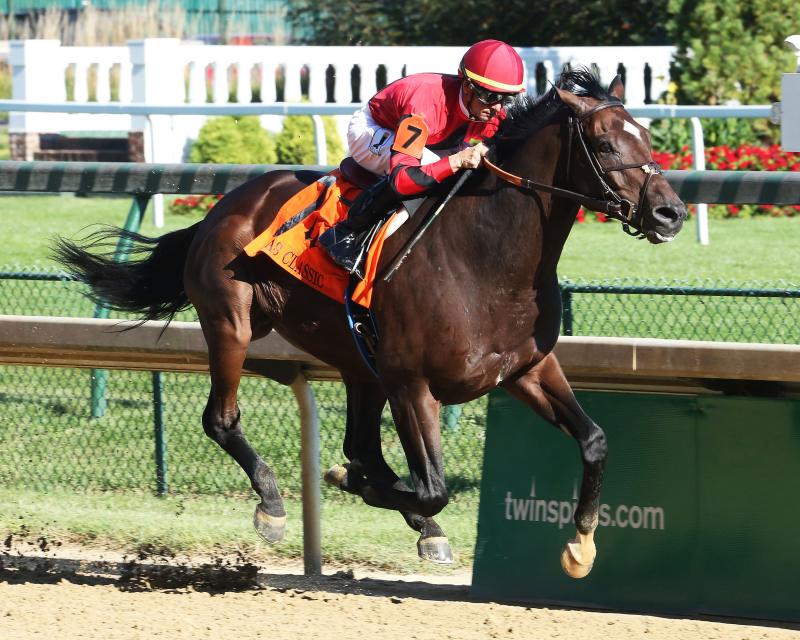 Trainer Brendan Walsh said his 2018 Lukas Classic (GI) winner Honorable Duty, runner-up to Horse of the Year Gun Runner in the 2017 Stephen Foster Handicap (GI), is being pointed toward a run in this year's Foster. Honorable Duty will make his 2019 debut in a Sunday allowance race at Churchill Downs. (Coady Photography/Churchill Downs) 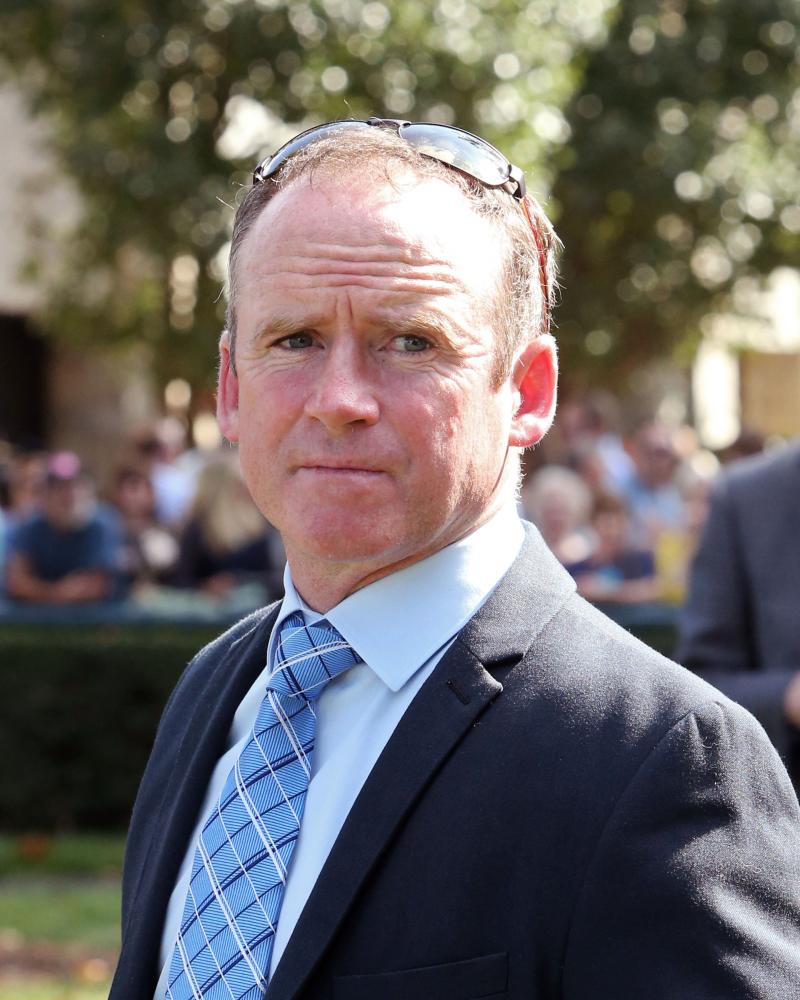 The pageantry of the 143rd running of the $1.5 million Preakness Stakes (Grade I), the middle jewel of the Triple Crown headlined by the Kentucky Derby winner Justify, will be featured prominently at Churchill Downs on Saturday with the simulcast of the 1 3/16-mile race scheduled for 6:48 p.m. (all times Eastern).

Churchill Downs admission gates will open Saturday at 11:30 a.m., the first of 11 races is 12:45 p.m. and the finale is scheduled for 5:58 p.m. Video and audio of the races from Baltimore’s Pimlico Race Course will be shown on select television monitors throughout the facility, and NBC’s coverage of the Preakness, which is Race 13 of 14 at Pimlico, will be broadcast on the massive Big Board after the last race.

General Admission is $5, reserved seating is $10 and reserved dining packages are $49. Tickets can be purchased in advance online at www.ChurchillDowns.com/Tickets. Also, Churchill Downs will provide free parking and shuttles from Papa John’s Cardinal Stadium.

Guests at Churchill Downs will have an opportunity to enjoy a taste of the Preakness with The Black-Eyed Susan, the event’s official drink that will be available at locations throughout the track (complete with commemorative glass). The last call for drinks will be “Call to the Post” for the Preakness, and all dining rooms will remain open through the big race.

The following are Preakness opinions from select trainers around Churchill Downs:

Trainer Phil Bauer: “One thing we do know – Justify likes the mud. It looks like Mother Nature moved on to Pimlico with the rain.”

Trainer Pat Byrne: “Well we know Justify and Good Magic like the slop. I think either of them could win.”

Trainer Norm Casse: “I have to go with Justify. Bob Baffert knows how to bring the Derby winner into Baltimore and head to New York with the Triple Crown on the line.”

Trainer Scooter Dickey: “A lot of people sure seemed afraid to run against Justify with only seven horses facing him Saturday. I think he should win.”

Trainer Greg Foley: “It should be tough to beat Justify. I think Good Magic is a very nice horse and ran well in the Derby. He’ll have to find a few more lengths to get to Justify.”

Trainer Tim Glyshaw: “I think it is Justify’s race to lose.”

Trainer Wes Hawley: “How can you not like Justify? He didn’t work :46 or :47 this week but he doesn’t need to. He’s looked great training.”

Trainer Michelle Lovell: “I think Justify will win but I’ll be rooting for Quip.”

Trainer Ron Moquett: “I’ve been on the Justify train since his maiden race and I’m still aboard. I would love to see Lukas (Bravazo and Sporting Chance) or Tenfold do well for the connections.”

Assistant Trainer Nick Tomlinson (assistant to Mark Casse): “I like Justify. I think it’ll be tough to beat him.”

“We breezed Hawakoom an easy half in :49 (Friday) with (Corey) Lanerie on board,” Hawley said. “Hopefully, he’s one of two horses I’ll have in the race along with Thirstforlife.”

Hawakoom, who was claimed by Hawley on Nov. 27, 2014, has won multiple stakes races including the 2017 Razorback (GIII) at Oaklawn Park and 2016 West Virginia Governors Cup.

“We’re about $30,000 ($30,787) shy of earning $1 million since I claimed him,” Hawley said. “I think we’ll get there. I’m so proud of the job we’ve been able to do with him. In years prior, I was originally a bit hesitant to run in the Stephen Foster with him but I think we are bringing in the right caliber horse this year to do it.”

Hawley claimed his other Stephen Foster hope, Thirstforlife, for $40,000 in December at Fair Grounds. The 4-year-old gelding is entered in Race 9 Saturday at Churchill Downs – a conditioned allowance event – with a scheduled post time of 4:55 p.m. (all times Eastern).

Walsh hopes Honorable Duty’s return from a nearly six-month layoff is successful Sunday when he leads a field of six in a 1 1/16-mile allowance race on the main track at Churchill Downs.

“He’s been doing really well since we got him back in the barn,” Walsh said. “We gave him a little bit of a breather after the Clark Handicap. We’re hoping for a successful return Sunday to hopefully get him back on track for the Foster this year.”

Honorable Duty was the runner-up to eventual Horse of the Year Gun Runner in the 2017 Stephen Foster. The 6-year-old gelding is the 2-1 morning line favorite in Race 2 with a scheduled post time of 1:14 p.m.

For more information about Downs After Dark and to purchase tickets, visit www.churchilldowns.com.

LOUISVILLE HANDICAP HIGHLIGHTS SATURDAY CARD AT CHURCHILL DOWNS – Some In Time Inc’s Some in Tieme (BRZ) is poised for a repeat performance in Saturday’s 81st-running of the $100,000 Louisville Handicap (Grade III) at Churchill Downs as the 5-2 morning line favorite in the field of eight older horses running the marathon distance of 1 ½ miles over the Matt Winn Turf Course.

The Louisville Handicap is carded as Race 10 with a scheduled post time of 5:26 p.m. (all times Eastern) on the 11-race program that also includes a simulcast of Preakness Day action from Baltimore’s Pimlico Race Course. Churchill Downs’ first race is 12:45 p.m.

A Group I winner in his native Brazil, Some in Tieme won the 2017 Louisville Handicap by three lengths but has not visited the winner’s circle since. The Kenny McPeek-trained 6-year-old is the 118-pound starting high weight and will break from Post 7 with Manny Cruz in the saddle.

DOWN THE STRETCH – Racing continues Friday-Sunday at Churchill Downs with a first post of 12:45 p.m. There is a five-day carryover of $425,999 in the 20-cent Single 6 Jackpot which begins Friday in Race 4 with a scheduled post time of 2:13 p.m. and a three-day carryover in the $1 Super Hi-5 in Race 9 with a scheduled post time of 4:55 p.m. … “Inside Churchill Downs” will air Friday at 6 p.m. on ESPN 680/105.7. The one-hour horse racing radio show is co-hosted by Churchill Downs Racetrack’s John Asher, Darren Rogers and Kevin Kerstein and delivers a wide-ranging list of interesting guests, from jockeys, trainers, owners to well-informed handicappers and other industry insiders. Those outside the Louisville radio market can listen live online at http://www.espnlouisville.com/ or via podcast on the station’s website or https://soundcloud.com/. … The Churchill Downs Racing Club’s 4-year-old filly Dial Me, trained by Tommy Drury Jr., will seek her second career win in Saturday’s sixth race, a $50,000 claiming event for non-winners of two races lifetime at 6 ½ furlongs. …Jockeys Julien Leparoux and Ricardo Santana Jr. have mounts at Pimlico on Friday and Saturday. Florent Geroux will join them at Old Hilltop on Saturday. … Sunday’s 10-race card features the year’s first Family Adventure Day Presented by Kroger. The day of racing is complimented by plenty of family activities in the Plaza area including pony rides, inflatables, a petting zoo, stick horse races, face painting and more. 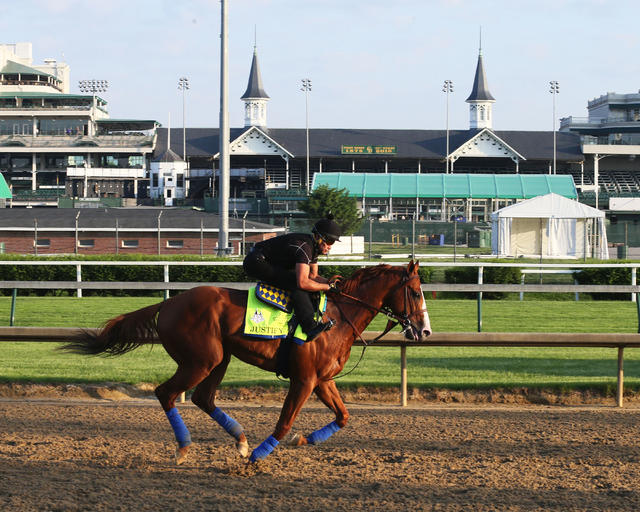