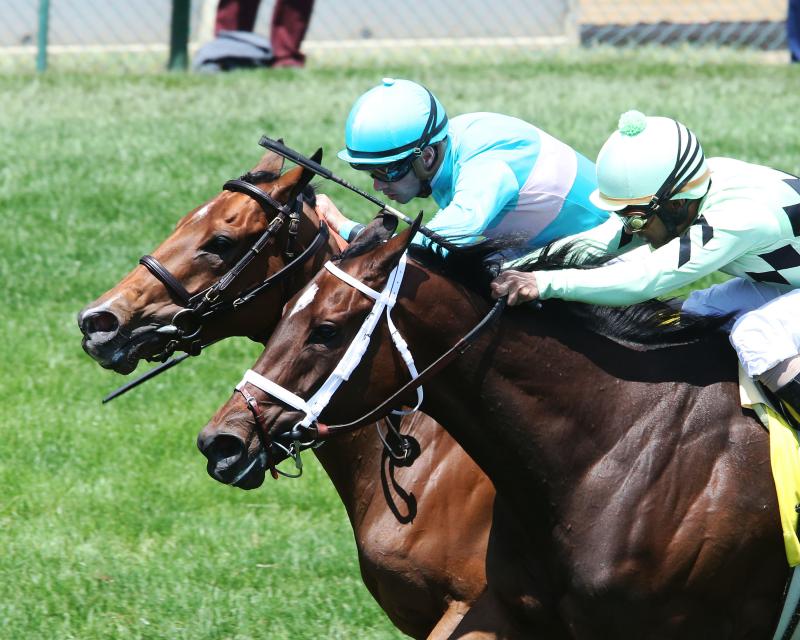 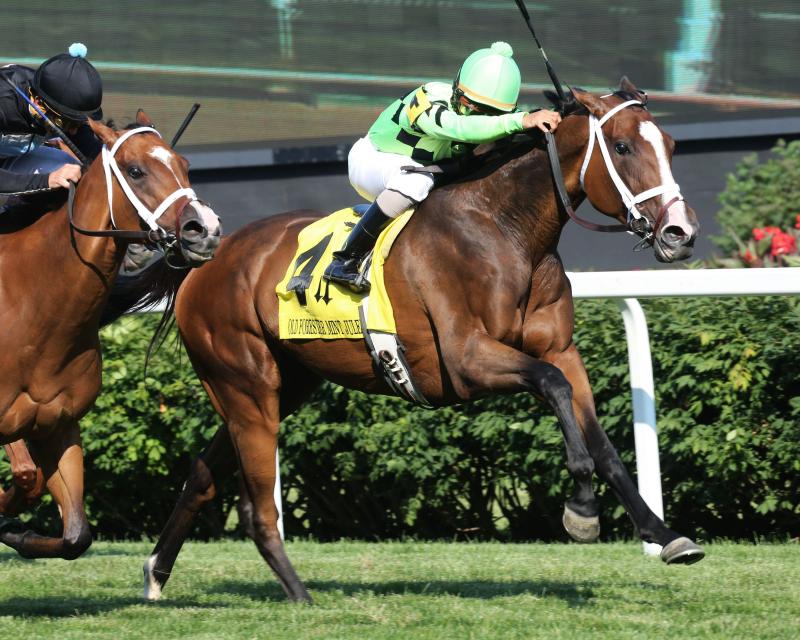 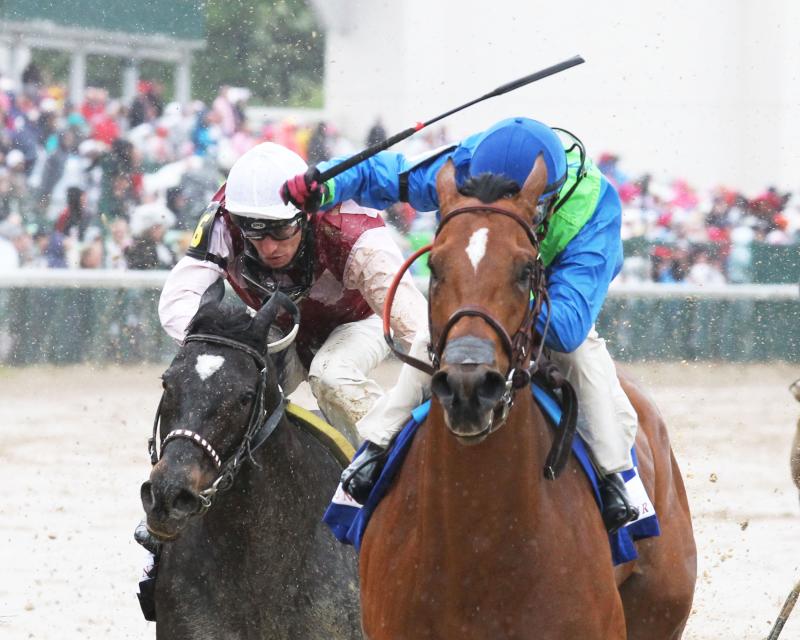 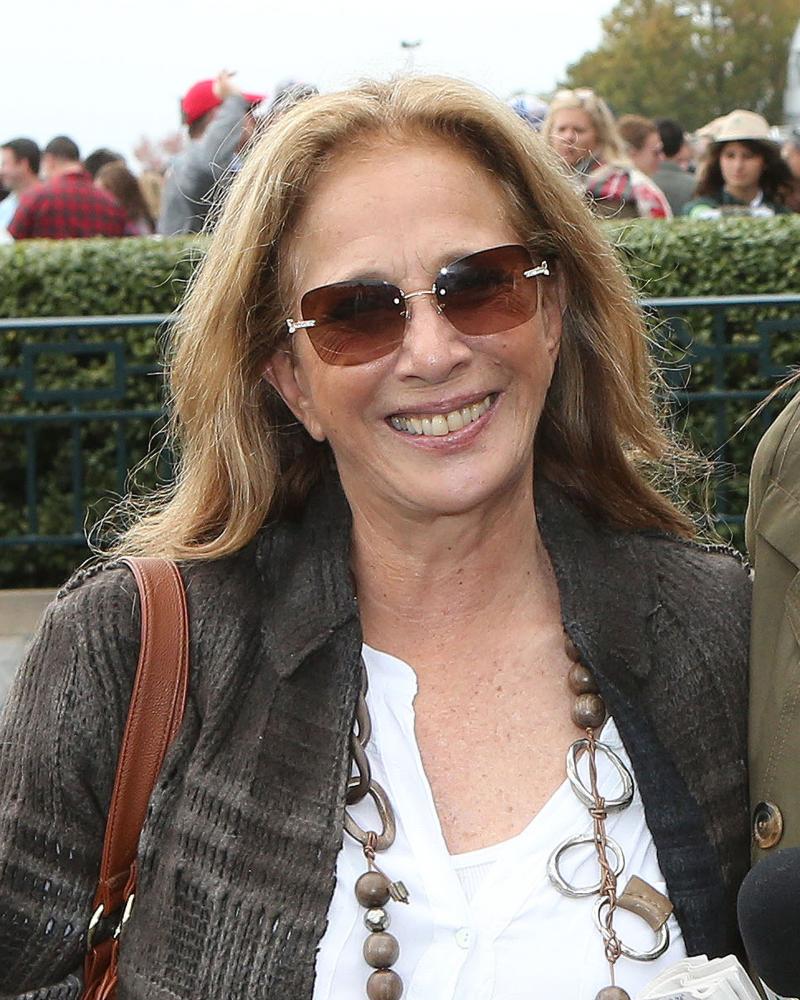 Klein Racing’s Believe in Bertie, a narrow runner-up in the Churchill Distaff Turf Mile Presented by Longines (GII) on the Kentucky Derby undercard, has her eye on her first graded stakes victory in Saturday’s $100,000 Old Forester Mint Julep Handicap (GIII) at Churchill Downs.

Trained by Brad Cox, Believe in Bertie was caught in the late stages of the Churchill Distaff Turf Mile but has been training steadily since.

“She’s doing very well,” assistant trainer Jorge Abrego said. “She breezed perfect on the grass Sunday morning. I think this will be a good race for her. She’s always consistent and tries hard for us. What more could you ask for?”

Believe in Bertie’s connections – owner/breeder Richard Klein, Cox and jockey Shaun Bridgmohan – teamed to win last year’s Old Forester Mint Julep Handicap with 5-year-old mare Cash Control. It was the second victory in the race for the Klein family, who also won the affair in 2013 with 4-year-old filly Miz Ida.

Believe in Bertie was named after her late owner/breeder Bertram Klein who passed away in late March. The Louisville-native campaigned numerous graded stakes winners since the late 1980s with wife Elaine. The stable has been run by their son Richard in recent years.

The 4-year-old daughter of Langfuhr has six victories and four runner-up finishes through 12 starts and $393,682 in earnings.

Cox will join Churchill Downs’ John Asher, Darren Rogers and Kevin Kerstein on Saturday at 10 a.m. (all times Eastern) on “Inside Churchill Downs” to discuss his stakes entrants throughout the country. The show airs locally on ESPN 680/105.7. Those outside the Louisville area can listen live online at www.espnlouisville.com.

“We’re excited to run her in this spot,” trainer Tom Amoss said. “She’s been doing great since the La Troienne. The distance will be a bit of a worry but we’ll see how things shake out with the pace.”

The 4-year-old Louisiana-bred daughter of Custom for Carlos was the 7-1 upset winner in the May 5 La Troienne.

“It was an interesting pace scenario in the La Troienne,” Amoss continued. “No one really wanted to go to the lead. She broke bad and took advantage of no one setting the early pace. I think those tactics helped her a lot.”

Big World is a seven-time winner in 11 starts with four third-place finishes and $608,820 in earnings.

THE WEEK AHEAD – The simulcast of Saturday’s Belmont Stakes is the centerpiece of an action-packed, four-day, Thursday-Sunday racing week at Churchill Downs:

Thursday also doubles as “Teacher Appreciation Day” at Churchill Downs where teachers can enjoy a reduced menu Chef’s Table Buffet and soft drinks in Millionaires Row 6 for only $24. A similar event is Friday for guests 60 and up but “Senior Day” is already sold out.

Advance wagering on Saturday’s 149th Belmont Stakes (Grade I) from Belmont Park will be offered all day Friday at Churchill Downs. Admission gates open Friday at 11:30 a.m. and the first of nine races is 12:45 p.m. General admission is $3. Five stakes races are carded Friday at Belmont’s 11-race program, including the $500,000 New York (GII) for fillies and mares at 1 ¼ miles on the inner turf and $400,000 Belmont Gold Cup Invitational (GIII) for 4-year-olds and up at two miles on the Widener Turf Course. The two races go as Races 9 and 10 at 5:14 p.m. and 5:46 p.m., respectively, and will be televised on NBCSN’s “Belmont Access” from 5-6 p.m. Similar to Churchill Downs’ popular Oaks/Derby Double, the New York Racing Association (NYRA) will offer a pair of two-day doubles: the New York/Manhattan Double, which has a $100,000 guarantee, and the $300,000 guaranteed Belmont Gold Cup/Belmont Stakes Double.

Churchill Downs also plans to show on its Big Board and select television monitors throughout the facility choice action from the NCAA Division 1 Baseball Super Regional between instate rivals University of Louisville Cardinals and University of Kentucky Wildcats. The best-of-three series to clinch a trip to the College World Series in Omaha, Neb. will be held Friday-Sunday at noon at nearby Jim Patterson Stadium. All ticket-holders to those games will receive free general admission to Churchill Downs on those game days by showing their ticket stubs – perfect for any post-game celebration.

General Admission to Churchill Downs on Saturday is $5, reserved seating is $10 and reserved dining packages are $47. General admission for the racing cards on Thursday (5 p.m. first post), Friday (12:45 p.m.) and Sunday (12:45 p.m.) is $3, with reserved seating at $10 and dining at $38. Churchill Downs has a special Stakes & Eggs brunch in the Stakes Room on Sunday for $45 ($22 for children 12 and under). Tickets can be purchased in advance online at ChurchillDowns.com/Tickets. 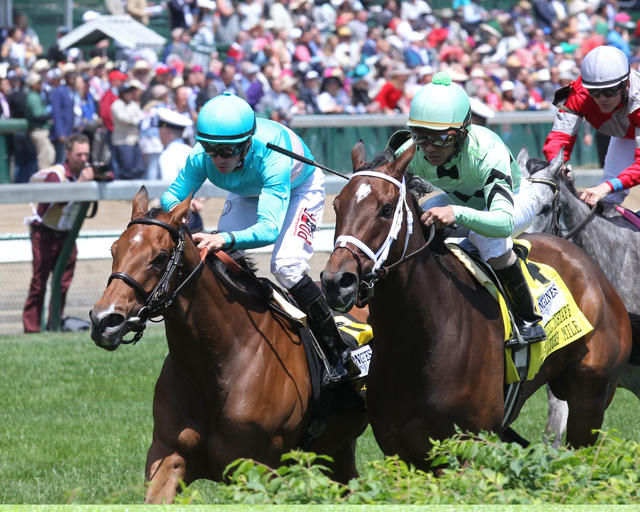