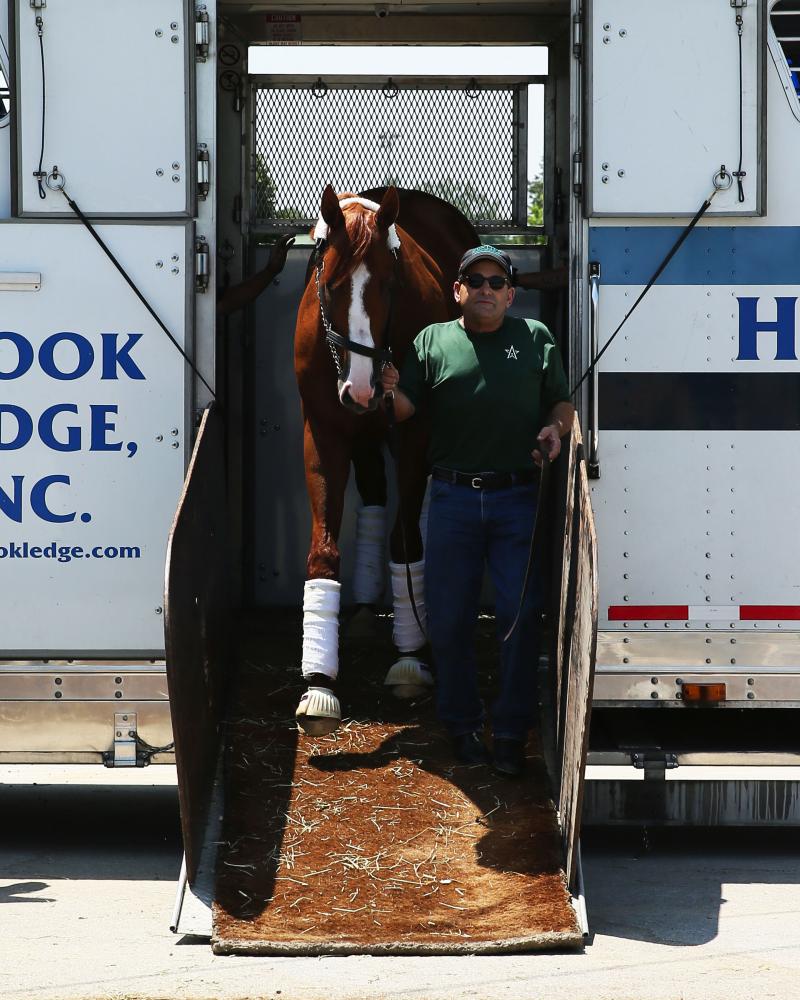 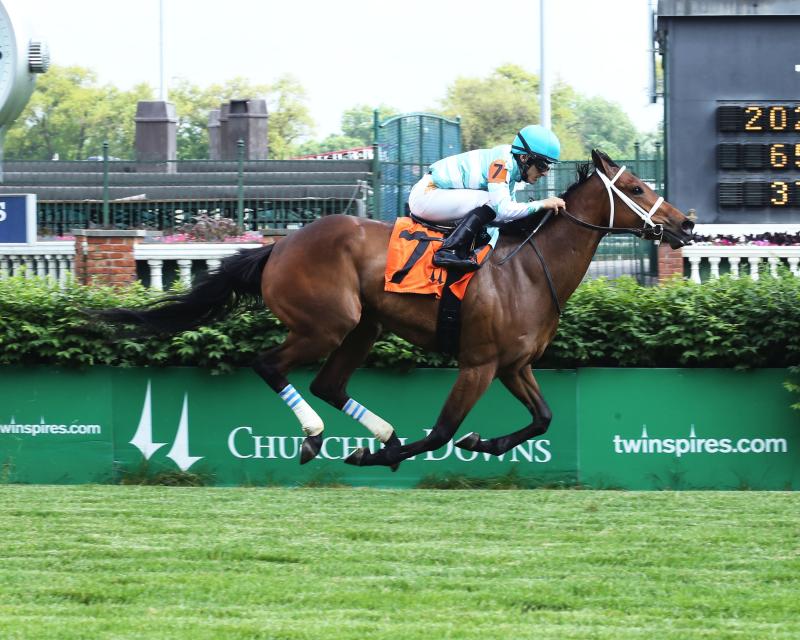 Hinkle Farms’ Stave, an allowance winner on Saturday at Churchill Downs for trainer J. Larry Jones, could run next in in the Regret (GIII) on June 16. (Coady Photography/Churchill Downs) 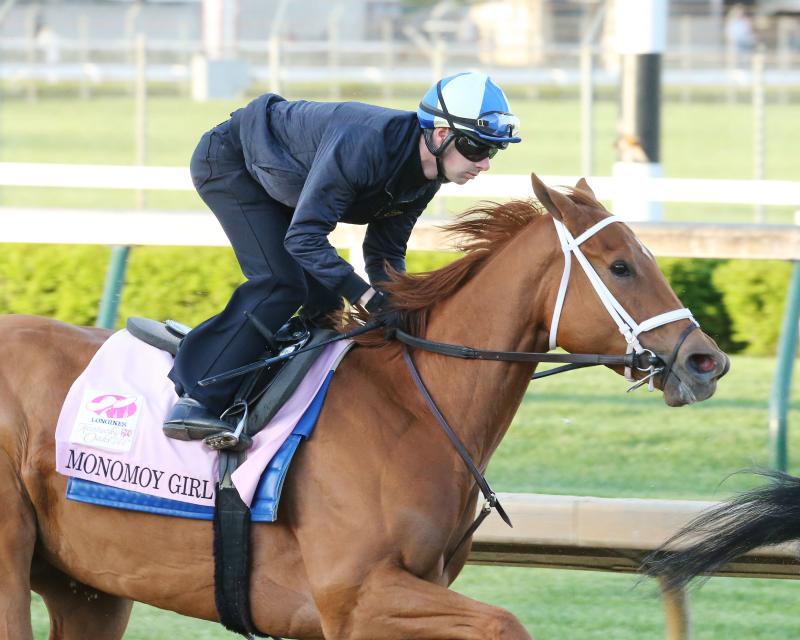 Monomoy Girl, shown in a work prior to her victory in the Longines Kentucky Oaks (GI), breezed a half-mile in :48.80 at Churchill Downs on Sunday in preparation for a run in Acorn (GI) at Belmont Park. (Coady Photography/Churchill Downs)

“It was a very smooth trip back to Kentucky,” Hall of Fame trainer Bob Baffert’s assistant Jimmy Barnes said. “We had a great trip to Pimlico. We brought two horses and they both won. The only thing that wasn’t so great was the weather. It rained every day we were there – Wednesday, Thursday, Friday and obviously Saturday.

“We knew Justify liked the off track in the Derby but Pimlico’s track was different than Churchill. It was more of a harder surface underneath the water. We couldn’t see anything that happened in the race besides the start and finish because of the fog.

“We’re obviously very proud of his effort. I would have liked to see the backstretch run a little better. Mike (Smith) said he was battling the entire time with horses and getting pressured the whole way.”

The colt will walk the shedrow of Barn 33 at Churchill Downs three or four days before resuming light training, according to Barnes.

Ridden by Gabriel Saez, who notched four wins on Saturday’s card, Stave rallied from just off the early pace to draw away in the late stages in a final time of 1:51.41 for 1 1/8 miles on the turf.

“We’re very proud of the effort she put in yesterday,” York said. “I think the Regret would probably be the next viable option. We trained (Stave’s) mom (Buy the Barrel) for the Hinkels and she was a very nice horse in her own right. The Hinkles are great people to train for and it’s rewarding to have her offspring show some potential as well.”

Buy the Barrel was a seven-time winner for Hinkel Farm and Jones. Most notably the mare won the Allaire DuPont Distaff Stakes (GII) at Pimlico with Saez aboard.

DOWN THE STRETCH – Churchill Downs begins a five-day racing week starting Thursday with a first post of 5 p.m. for Twilight Thursday. The evening features eight races, live music and local food trucks. Racing will continue through Memorial Day Monday with first posts of 12:45 p.m. For more information and to purchase tickets visit www.churchilldowns.com. 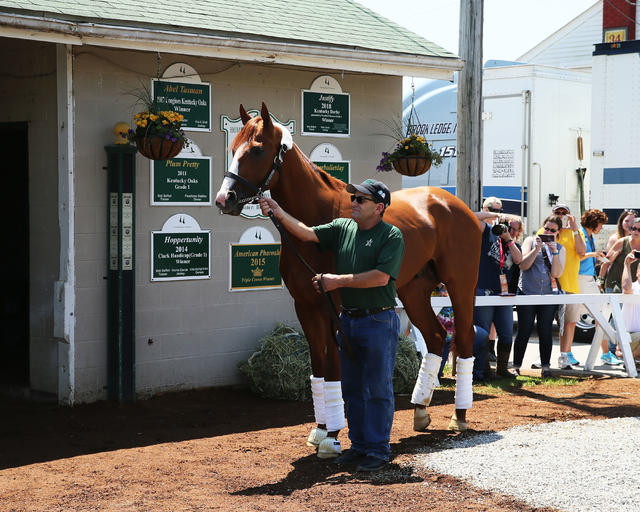