Glacial, trained by Norm Casse, won his first-career start under jockey Joe Talamo. The son of Frosted completed 5 ½ furlongs in 1:04.99 and earned an 80 Brisnet Speed Rating. The gray colt will break from post No. 4 under Talamo.

Five posts to the outside of Glacial is Red Run. Trained by record six-time Bashford Manor winner Steve Asmussen, the homebred rallied from three lengths off the early pace in his debut win over the sloppy surface at Churchill Downs at odds of 3-5 under jockey Ricardo Santana Jr. Red Run is by the former Asmussen-trained champion Gun Runner. Santana will have the return call for Saturday’s Bashford Manor.

Lansdowne was a minor 5-1 upset winner in his debut for trainer Dallas Stewart. The Super Saver colt recorded a front-running score in a five-furlong maiden special weight contest on May 22. Veteran jockey Jon Court will have the mount from post 2. 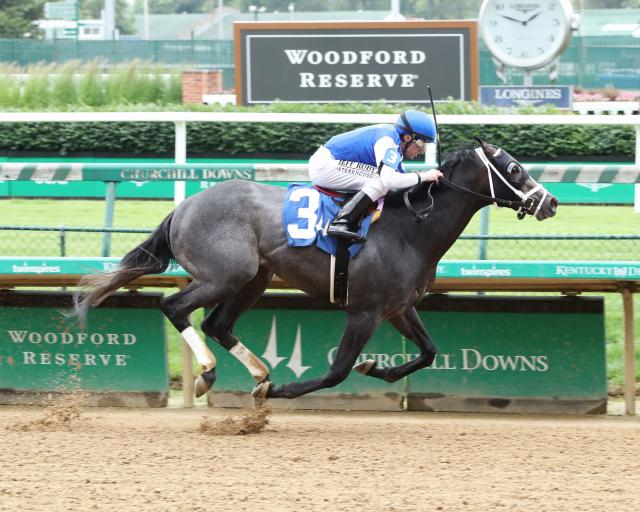