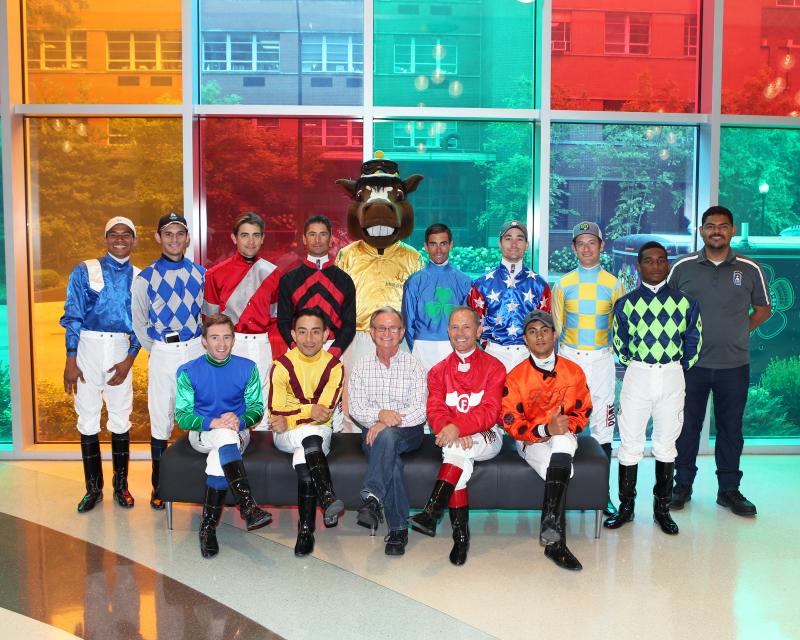 A cherished annual tradition will continue for a 31st consecutive year when Churchill Downs jockeys and track officials visit with young patients, their families and friends at Louisville’s Norton Children’s Hospital on Thursday, June 28.

Retired Hall of Fame jockey Pat Day will join a roster of more than a dozen active riders headed by three-time Kentucky Derby winner and Hall of Famer Calvin Borel, Kentucky Oaks winner Florent Geroux, Julien Leparoux and Ricardo Santana Jr. for the renewal of the annual visit to Children’s Hospital that began in 1988. Churchill Downs Racetrack President Kevin Flanery and other track representatives will join the riders during Thursday’s visit with young patients at the hospital..

The event is scheduled to begin at 2 p.m. (EDT) Thursday in lobby of the hospital located at 231 East Chestnut St.The riders and track officials will divide into groups to visit and distribute toys and mementos to patients on several floors.

Media coverage of the annual visit by Churchill Downs jockeys to Norton Children’s Hospital is welcomed. Interested media should enter the hospital through its main entrance on East Chestnut to meet with the riders, Churchill Downs representatives and hospital staff and volunteers. If they wish, media crews can accompany jockeys on their tours.

The visit by jockeys to Norton Children’s Hospital first occurred on Kentucky Oaks Day in 1988 with the participation of four Kentucky Derby jockeys – all future inductees into the National Museum of Racing and Hall of Fame. The jockeys, who would guide the first four finishers in the Derby, were Gary Stevens (rider on the victorious Winning Colors), Day (runner-up aboard Forty Niner), Eddie Delahoussaye (third on Risen Star) and Jerry Bailey (fourth on Proper Reality).

The Norton Children’s Hospital visit was conducted in its early years on Kentucky Oaks Day, but the ongoing expansion of Derby and Oaks racing and entertainment schedules prompted the annual event to be scheduled later during the Spring Meet. 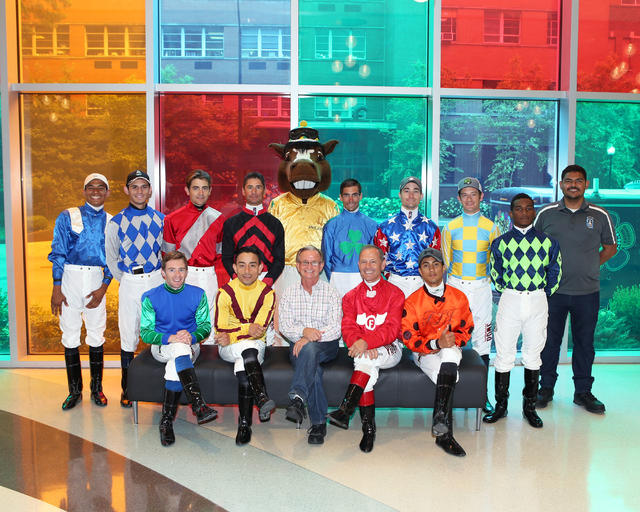