After the dust settled from another historic Kentucky Derby Week at Churchill Downs, trainer Bob Baffert’s Barn 33 staff were back in their normal routine as Medina Spirit returned to the track following his victory in Saturday’s “Run for the Roses.”

Medina Spirit, who began his early preparation for the May 15 Preakness Stakes (Grade I), jogged Wednesday and Thursday with Humberto Gomez in the saddle alongside assistant trainer Jimmy Barnes.

“He’s feeling great,” Barnes said. “He’s a happy horse and we’re a happy barn. It’s been a great few days for everyone and our horses.”

Medina Spirit is scheduled to join his stablemate Concert Tour on a van to Pimlico Monday afternoon. Baffert is tentatively scheduled to return to Louisville over the weekend.

Kentucky Derby runner-up Mandaloun also returned to the track Thursday for an easy one-mile jog. His next race plans have not been determined, according to trainer Brad Cox.

“I’m still so incredibly proud of him,” Geroux said. “He ran an incredible race. Of course, I wish we would’ve gotten by (Medina Spirit) but I’m very pleased knowing how hard he tried.”

There are several horses based at Churchill Downs who are possible to enter racing’s second jewel of the Triple Crown, the Preakness Stakes, including Winchell Thoroughbreds’ Kentucky Derby sixth-place finisher Midnight Bourbon and Christina Baker and William Mack’s Derby Day allowance winner Ram.

Trained by Wesley Ward, Wink enters the Mamzelle following a victory in the $75,000 Melody of Colors Stakes in late March at Gulfstream Park. Wink is one of three Ward-trained fillies to enter the Mamzelle. Her stablemates Amanzi Yimpilo (IRE) and Illegal Smile both enter the affair following stakes victories in their most recent starts.

In Amanzi Yimpilo’s last start, the daughter of the former Ward-trained No Nay Never, won the $102,000 Speakeasy Stakes at Santa Anita in late September. Illegal Smile enters the Mamzelle following a victory in the $100,000 Stewart Manor Stakes at Aqueduct in early November.

Ricardo Santana Jr. will ride Amanzi Yimpilo from post No. 7, Tyler Gaffalione will be aboard Illegal Smile from post 3 and James Graham has the call on Wink from post 4.

TV SCHEDULE – Churchill Downs Racing is scheduled to air every race day on “America’s Day at the Races” on the Fox Sports family of networks. Here is this week’s TV Schedule:

DOWN THE STRETCH – Racing returns beneath the Twin Spires on Thursday with a special late post of 5 p.m. for Twilight Thursday presented by Blue Moon. Fans can enjoy the eight-race card while sipping on $1 select domestic beer and $1 Blue Moon draft. The evening also features live music from Frankie Moody, food trucks and more. General admission is just $5 and can be purchased on www.churchilldowns.com/tickets. … “Inside Churchill Downs” returns to the airwaves Friday from 6-7 p.m. on ESPN 680/105.7 and online at www.espnlouisville.com. The one-hour weekly horse racing program will recap Saturday’s Kentucky Derby with Medina Spirit’s winning bloodstock agent and expert clocker Gary Young. … Several members of the Churchill Downs jockey colony were spotted on the backside Thursday morning working horses including one of the newest members Francisco Arrieta. Represented by Jay Fedor, Arrieta began his career in New York but shifted his tack in late 2017 to Arizona and New Mexico. He most recently finished third in the standings at Oaklawn behind Ricardo Santana Jr. and David Cabrera with 50 wins. … For more information about the Spring Meet, visit https://www.churchilldowns.com/calendar/featured-events/. 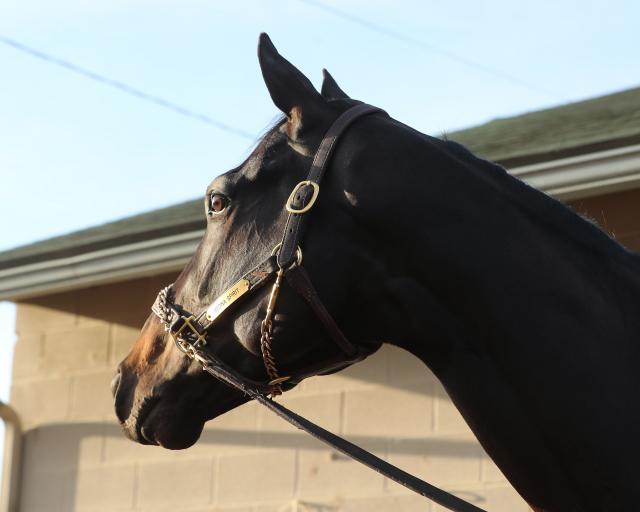