Multiple Grade I winner Guarana made a triumphant return to racing Thursday at Churchill Downs when she rocketed past pacesetter Sunny Dale at the top of the stretch and defeated Please Flatter Me by 5 ¼ lengths in the $74,691 feature.

Off since a second-place finish in the Grade I Cotillion last September, Guarana ran seven furlongs in 1:22.58. A deluge of rain hit Churchill Downs without warning around 3:45 p.m. (all times Eastern) and the left the main track in a “sloppy” condition for the race one hour later.

Ridden by Tyler Gaffalione, Guarana, last year’s Acorn (GI) and Coaching Club American Oaks (GI) winner, rated on the outside of Sunny Dale, who led the field of eight fillies and mares through early splits of :22.67 and :45.21. Guarana was asked for her best run at the quarter pole and quickly took command with ease all the way down the stretch to the wire.

“That’s about as easy as a horse can win,” Gaffalione said. “She’s a super classy filly and incredibly talented.”

“She is an incredible filly and did everything so easily today,” said Brown’s Churchill Downs assistant trainer Whit Beckman. “There are bigger things down the road for her but it is great to see her get back to the races, especially the way she was able to win as she did today.”

Bettors who backed Guarana to win as an odds-on 1-5 favorite received a $2.40 payout.

Racing will resume Friday with a nine-race card at 1 p.m. (all times Eastern). The featured seventh race could produce starters for future races on the road to the Sept. 4 Longines Kentucky Oaks (GI). Honeybee (GIII) winner Shedaresthedevil is the 3-1 morning line favorite in the 1 1/16-mile allowance for 3-year-old fillies. 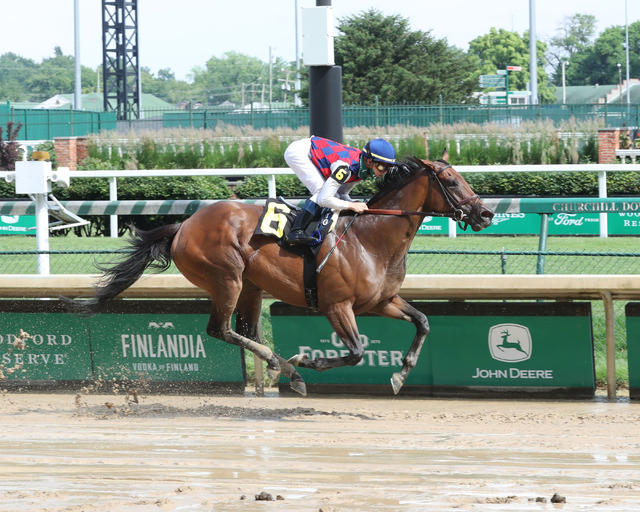