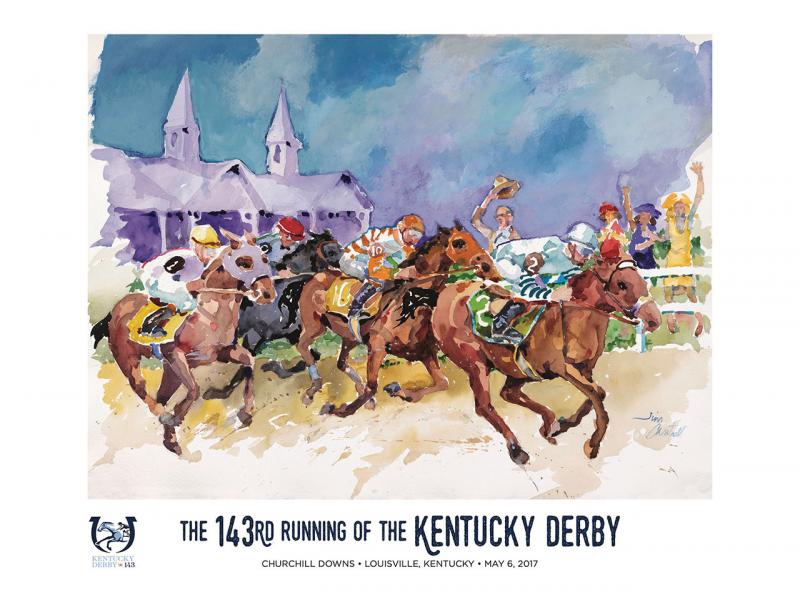 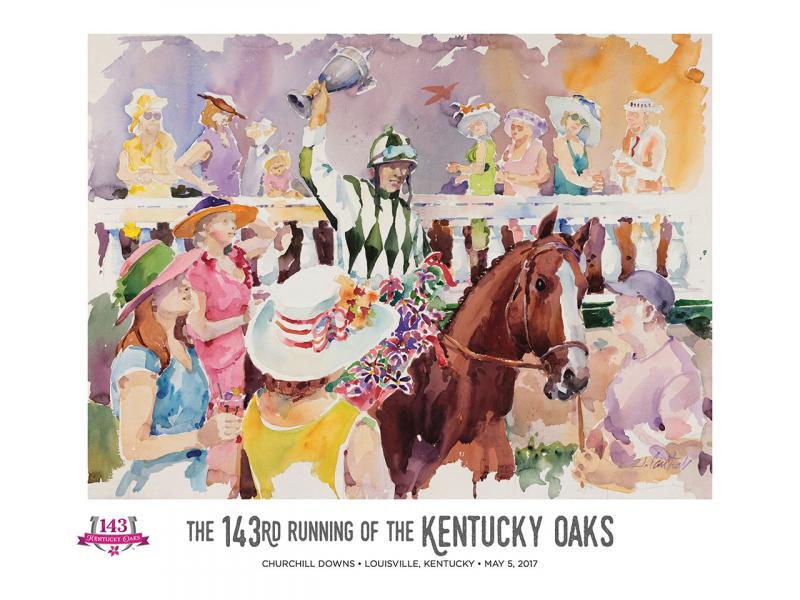 First Kentucky Artist to Create the Derby’s Officially Licensed Artwork
LOUISVILLE, Ky. (Wednesday, Dec. 14, 2016) – Churchill Downs today released the 2017 “Official Art of the Kentucky Derby” by award-winning American and Kentucky painter Jim Cantrell. Cantrell is the first Kentucky artist to create the Derby’s officially licensed artwork since the tradition began in 1997. For this year’s artwork, Cantrell created watercolor paintings that capture the excitement and color of the 143rd running of each the Kentucky Derby presented by Yum! Brands and the Longines Kentucky Oaks.
Cantrell’s “Official Art of the Kentucky Derby” will be featured on the 2017 Kentucky Derby and Kentucky Oaks posters, tickets and souvenir racing programs. The posters and a variety of merchandise including ornaments, t-shirts, bags, post cards and invitations are available now at select retail outlets, including the Kentucky Derby Museum. Additional items will be available at www.KentuckyDerbyStore.com in 2017.
“We are extremely happy and honored that this year’s official Derby art was created by a Kentucky artist and someone of Cantrell’s talent and reputation,” said Kevin Flanery, President of Churchill Downs Racetrack.
“The one sporting event I remember my father enjoying took place every year on the first Saturday of May, the Kentucky Derby horse race. Living in Nebraska he could only listen to it on the radio,” said Jim Cantrell. “His love for horses meant owning one and thus riding a horse was a part of my life growing up. Now, after living and working in Kentucky for the past 46 years, I feel a real sense of honor in being selected for this prestigious commission, and I know my father would be proud as well.”
Cantrell, who is known for his ability to paint the figure, was Berea College’s first Potter-In-Residence in 1970. Since then the former high school art teacher and Associate Professor of Art in Nebraska has enjoyed a successful career as an independent studio artist. His paintings are in the permanent collections of 14 art museums in the U.S., including Kentucky’s Speed Museum and Owensboro Museum of Fine Art. His work is in numerous private collections around the world and has been exhibited in the U.S. Embassy in Riga, Latvia as part of the Art in Embassies program. Cantrell is the recipient of two Al Smith Fellowships from the Kentucky Arts Council and one from the Southern Arts Federation. He has been awarded Alumni of the Year for Creative Achievement from the University of Nebraska at Lincoln where he received his BFA in Fine Art Education and from the University of Northern Colorado where he received his Masters of Art Degree.
About Churchill Downs Racetrack
Churchill Downs Racetrack, the world’s most legendary racetrack, has conducted Thoroughbred racing and presented America’s greatest race the Kentucky Derby continuously since 1875. Located in Louisville, the flagship racetrack of Churchill Downs Incorporated (NASDAQ: CHDN) offers year-round simulcast wagering at the historic track. Churchill Downs will conduct the 143rd running of the Kentucky Derby Presented by Yum! Brands on May 6, 2017. The track’s 2016 Fall Meet ends on November 27. The track has hosted the Breeders’ Cup World Championships eight times and is scheduled to host again in 2018. www.churchilldowns.com. 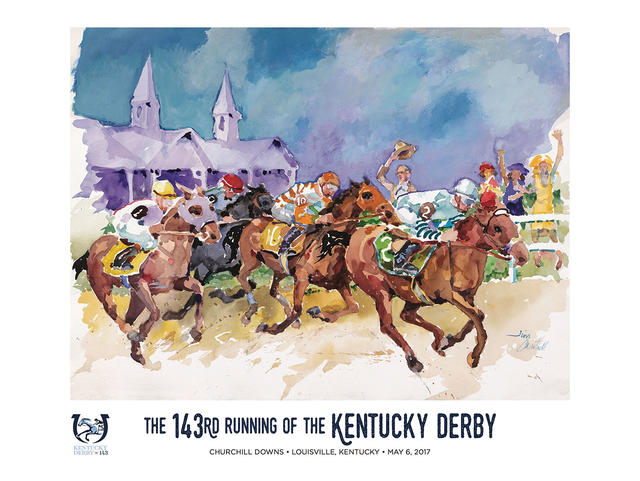