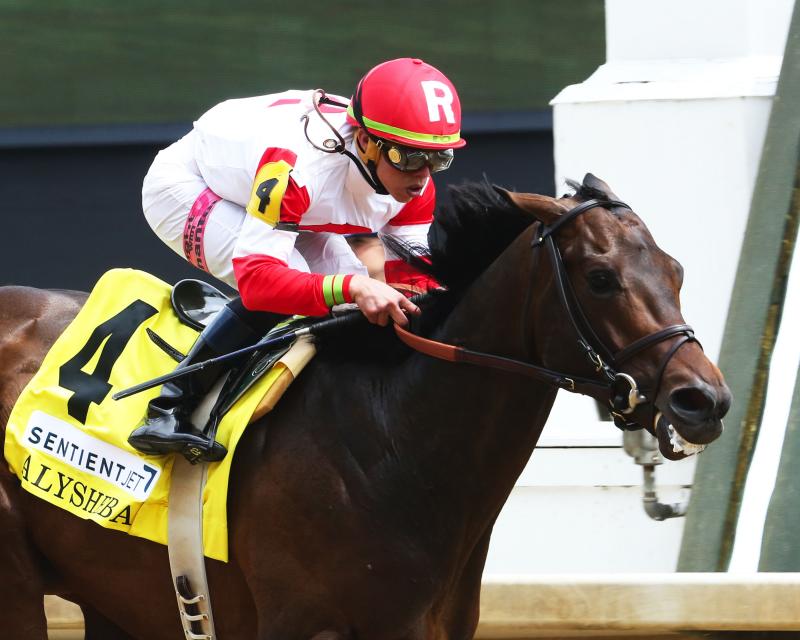 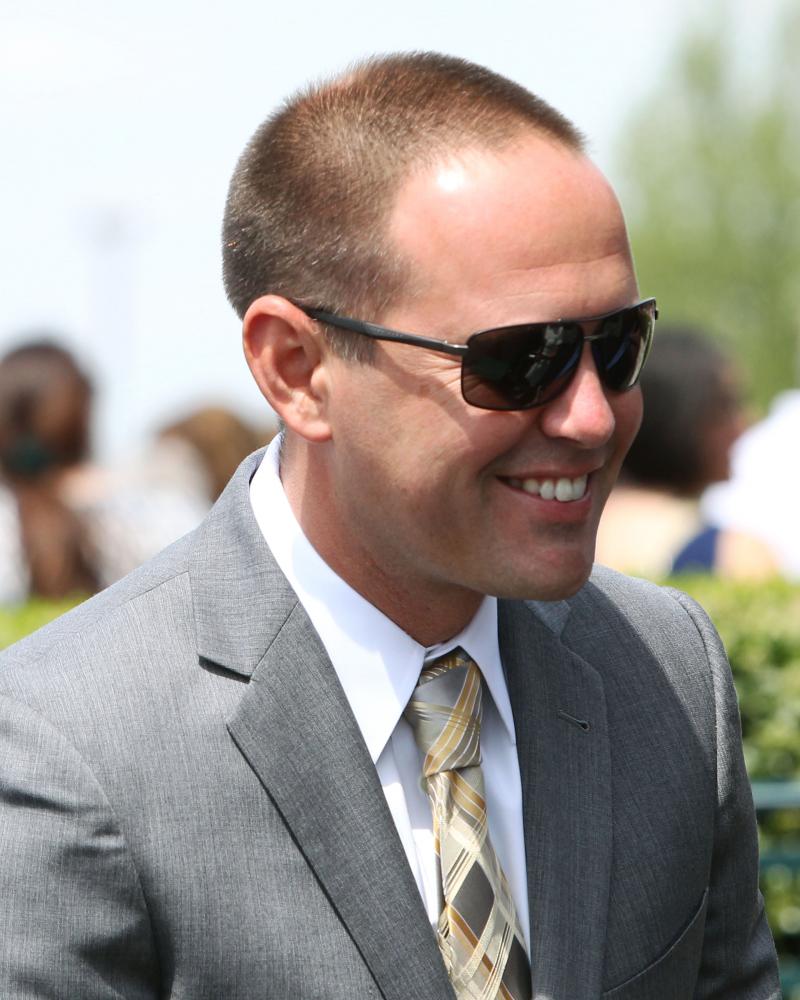 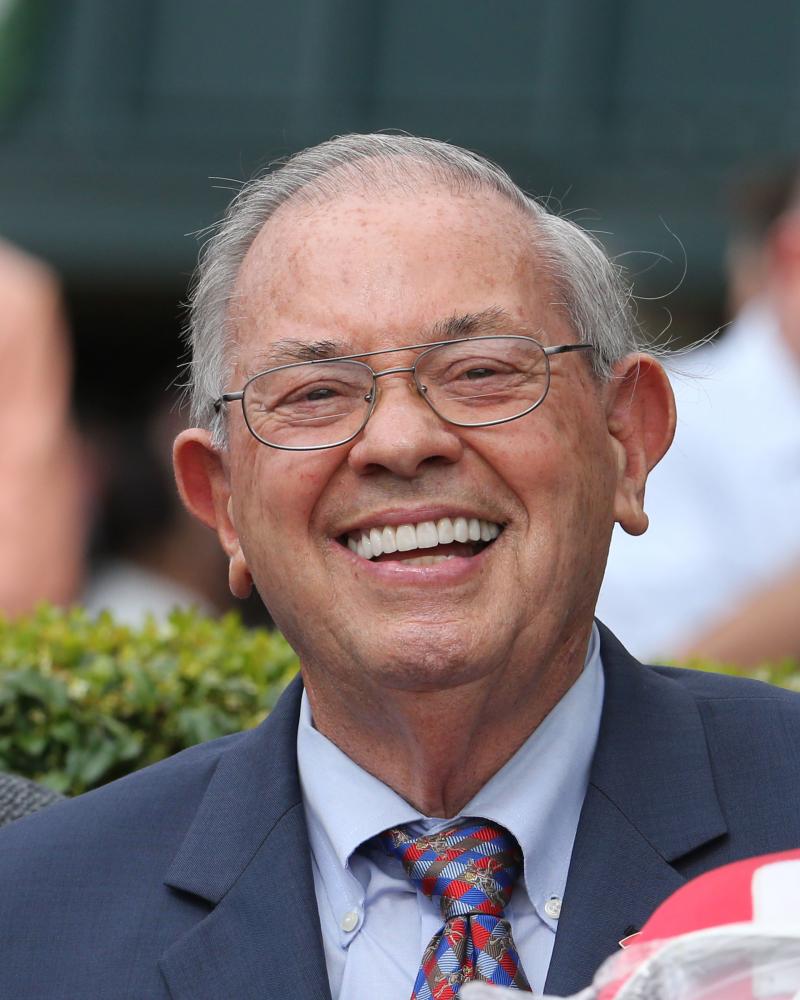 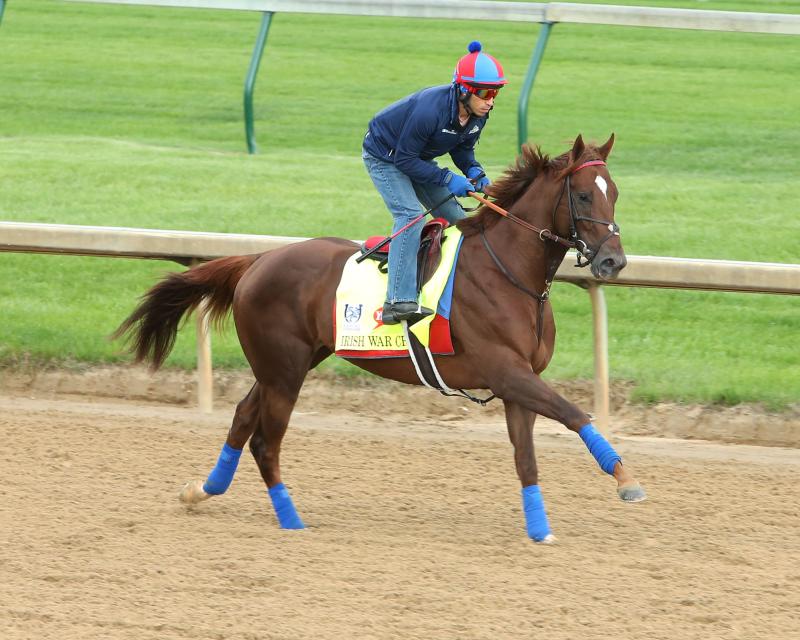 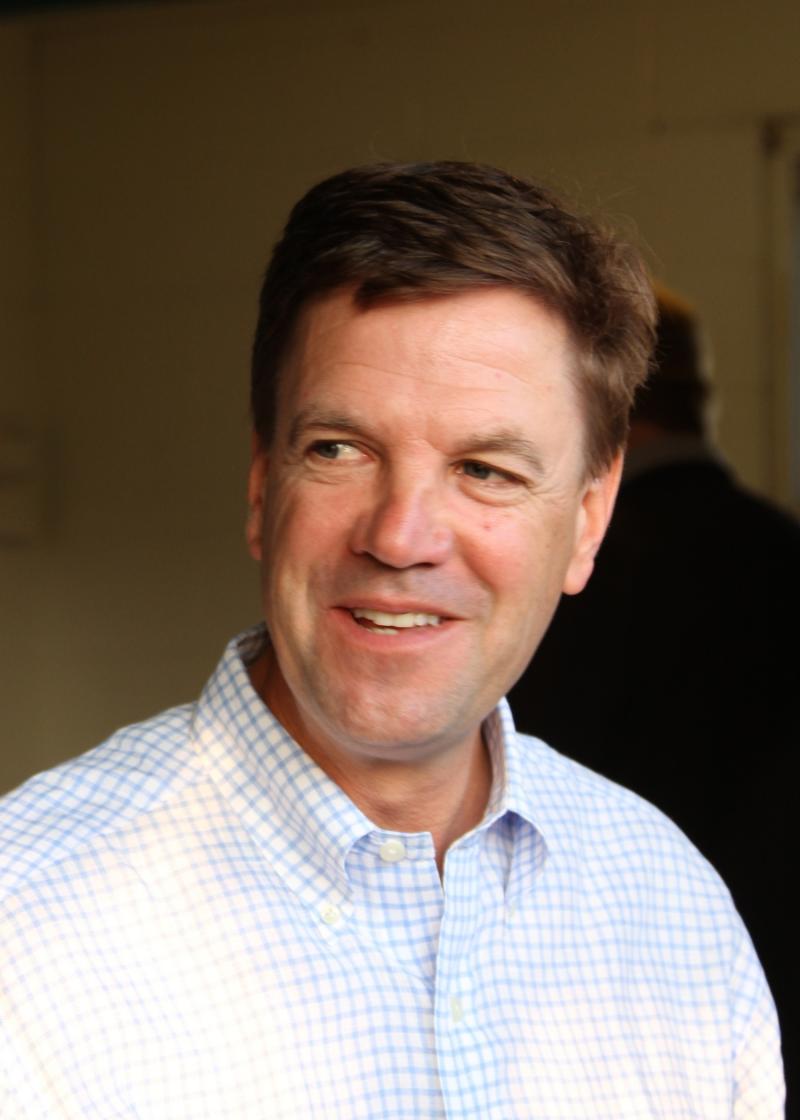 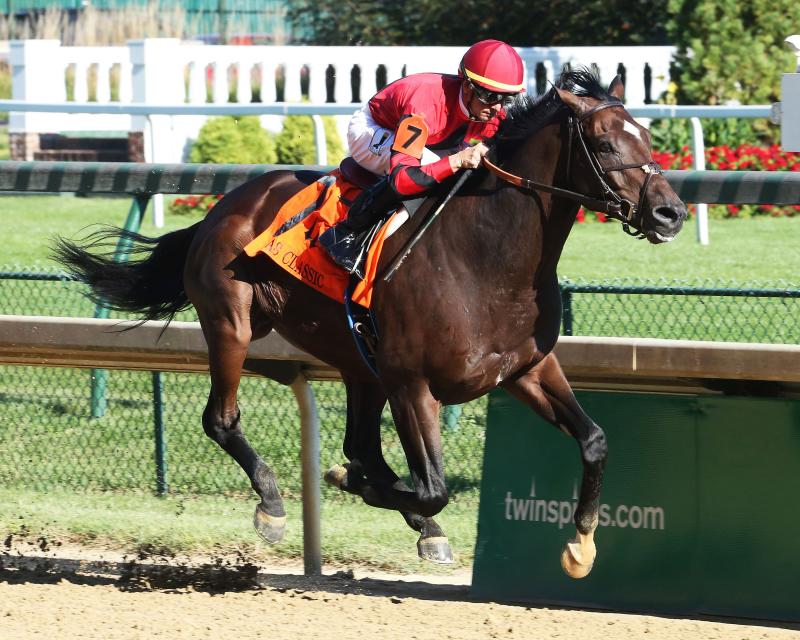 The 1 1/8-mile Stephen Foster Handicap is the richest of five graded stakes races on Saturday’s special 11-race night racing card that begins at 6 p.m. (all times Eastern). Total purses on the evening are more than $1.4 million, which makes it the most lucrative racing day for horsemen at Churchill Downs outside of the Kentucky Derby and Kentucky Oaks programs.

Other stakes events scheduled on the night are the $200,000 Fleur de Lis Handicap presented by Budweiser (GII) for fillies and mares at 1 1/8 miles headlined by La Troienne (GI) runner-up and multiple Grade II winner Farrell; the $200,000 Wise Dan (GII) for 3-year-olds and up at 1 1/16 miles on turf led by last year’s champion Turf Male World Approval and two-time Grade I winner Divisidero; the $100,000 Matt Winn (GIII) for 3-year-olds at 1 1/16 miles featuring romping Sir Barton winner Ax Man; and a well-matched cast of 13 3-year-old fillies in the $100,000 Regret presented by Cintas (GIII) at 1 1/8 miles on grass.

The Stephen Foster Handicap has been carded as Race 8 at 9:39 p.m. NBCSN will televise the race from 8:30-10 p.m. to launch its 2018 “Breeders’ Cup Challenge Series: Win and You’re In presented by America’s Best Racing” television schedule. Also, Horse Racing Radio Network (HRRN) will air live coverage on 93.9 The Ville in Louisville and Sirius/XM 93 from 8-10 p.m.

Justify, who became only the 13th horse to sweep horse racing’s Triple Crown when he led every step in Saturday’s $1.5 million Belmont Stakes (GI), will parade before the crowd at Churchill Downs from approximately 6:45-7:15 p.m. Justify will parade in front of the Clubhouse and Grandstand as he walks over with the horses for the third race, which has a 6:56 p.m. post time (note: Justify will follow the third race entrants). He’ll then visit and circle the saddling paddock and remain there while the third race is being run. After the third race winner’s circle presentation is complete, Justify will visit the Woodford Reserve Winner’s Circle for a special ceremony for his connections – owners WinStar Farm, China Horse Club, Starlight Racing and Head of Plains Partners; Hall of Fame trainer and jockey, Bob Baffert and Mike Smith, respectively; and breeder John Gunther – to receive their engraved Kentucky Derby 144 trophies.

All guests Saturday will be able to take pictures with the engraved Kentucky Derby trophies beforehand as they’ll be on display just inside the Paddock Gate from 5-6:30 p.m. Also, the first 5,000 fans in attendance will receive a free commemorative print of Justify that celebrates his Triple Crown achievement.

The public appearance by Justify adds to an already dynamic evening of elite racing, led by the Stephen Foster Handicap – the first of five televised qualifying races for the $6 million Breeders’ Cup Classic (GI) to be held at Churchill Downs on Saturday, Nov. 3. As part of the Breeders’ Cup “Win and You’re In” Challenge Series, the Foster winner will be assured a berth in the 1 ¼-mile Classic and his connections will have all Breeders’ Cup pre-entry and entry fees covered and receive a travel award up to $10,000.

Ken and Sarah Ramsey’s up-and-coming 4-year-old colt Backyard Heaven is riding a swift three-race win-streak and looks to be the horse to beat. The New York-based Kentucky-bred son of Tizway surged past Derby winner Always Dreaming on the far turn of the 1 1/16-mile Alysheba on Kentucky Oaks Day to beat Razorback Handicap (GIII) winner and fellow Foster entrant Hawaakom (42-9-8-8) by 4 ½ lengths. He collected his first stakes win that day and improved his record to 3-1-0 and $334,240 in just four starts.

“He’s trained like a horse who will have no problem getting a mile-and-a-quarter,” trainer Chad Brown said after the Alysheba. “But one race at a time and we have to keep in mind he’s a lightly-raced horse for a reason: he got sick a few times, but he’s been a pretty sound horse. I’d like to keep him in good form, now, and not plan too far ahead. Take a race at a time.”

Like the Alysheba, Backyard Heaven will be ridden in the Foster by Irad Ortiz Jr. and will break from post No. 6 as the 6-5 morning line favorite. Favorites have a record of 36-8-10-4 (22.2%) in the Stephen Foster since its inception in 1982.

Among Backyard Heaven’s chief rivals is Isabelle de Tomaso’s 4-year-old New Jersey homebred Irish War Cry, who rebounded from a pair of early season defeats at Gulfstream Park to frolic home convincingly in the slop in the May 18 Pimlico Special. And in-and-out sort, Irish War Cry (12-5-2-0) regained the form that was reminiscent of his wins in last year’s Holy Bull (GII) and Wood Memorial (GII) and runner-up effort to Tapwrit in the Belmont Stakes (GI).

“It was definitely a relief to see him run well last time out,” trainer Graham Motion said. “We were very pleased of his effort and showed us what type of horse he is. I think drawing Post 8 should be fine with the longer run into the first turn. One of the things I looked at while considering the Stephen Foster was it being run at night. I think the cooler temperatures really helps this horse. I’ve felt pretty strongly about that and knew we’d always want to get him back into a Grade I. It’s looks to be a pretty tough race but he’s proven us he belongs.”

Like Backyard Heaven and Irish War Cry, five other Foster runners enter the lucrative race off victories in their last start.

David A. Ross’ Honorable Duty (18-8-4-1—$841,396), last year’s Foster runner-up to eventual Horse of the Year Gun Runner, was an easy five-length winner of an allowance-optional claiming race on May 20 at Churchill Downs in his 6-year-old debut for trainer Brendan Walsh. Last year, the Distorted Humor gelding collected graded stakes wins in the Mineshaft (GIII) and New Orleans (GII) handicaps at Fair Grounds and the Lukas Classic (GIII) at Churchill Downs.

L and N Racing’s 4-year-old Lookin At Lee (18-3-3-3) drew clear in the stretch to win an allowance-optional claiming race at Churchill Downs by 2 ¼ lengths on Kentucky Derby Day and snap a 14-race winless streak.

Calumet Farm’s Patch and JSM Equine LLC’s Uncle Mojo hail from New York under the care of trainer Todd Pletcher, who hopes to add the Foster to his impressive list of Grade I victories across the country. Patch (7-2-2-1—$471,520), the 4-year-old son of Union Rags, made his first start of the year against allowance company on May 12 at Belmont Park and just got up in the final jumps to beat Chris and Dave by a neck. Uncle Mojo (7-2-3-1—$125,020), also 4, impressed onlookers with a roaring 12 ¾-length victory over a sloppy track on the Preakness Stakes undercard at Pimlico. The son of Uncle Mo is making his stakes debut Saturday.

Crystal Racing Enterprises and Contreras Stable Inc.’s Indiana-based Matrooh (23-8-1-3—$477,029), an 8-year-old gelding claimed for $25,000 at Oaklawn Park earlier this year, won the $100,000 Hanshin Cup (GIII) over Arlington Park’s Polytrack on May 12 by 2 ¼ lengths and hopes to parlay that synthetic success to the dirt at Churchill Downs.

Reddam Racing’s Pavel (9-2-0-1—$877,400) will invade from trainer Doug O’Neill’s California base after running fourth behind Accelerate, Dr. Dorr and City of Light in the $500,000 Gold Cup at Santa Anita three weeks ago. A winner of the $300,000 Smarty Jones (GIII) last September at Parx, Pavel has finished fourth in each of his last four starts, which includes a trip to Dubai for the $10 million Dubai World Cup (GI) at Meydan Racecourse in late March.

The Stephen Foster Handicap, which was elevated to Grade I status in 2002, has had a strong influence on the Breeders’ Cup Classic and Horse of the Year honors. Four horses used victories in the Stephen Foster as part of their résumés in Horse of the Year campaigns: Black Tie Affair (1991), Saint Liam (2005), Curlin (2008) and Gun Runner (2017). In addition, two runner-ups were crowned Horse of the Year: Mineshaft (2003) and Wise Dan (2012). Also, Awesome Again (1998) and Blame (2010) completed same-year Foster-Classic doubles. Fort Larned won the Classic in 2012, and won the Foster the following year prior to a fourth-place run in his bid for a second Classic win.

The theme for Saturday night’s Downs After Dark is “Art of the Horse” and guests are encouraged to dress in pastels and bright colors to fit the art theme and summer weather. Churchill Downs, Breeders’ Cup Ltd. and Louisville Visual Art have partnered to create a Breeders’ Cup Artwork Exhibit, which includes an opportunity for one local artist to be showcased as the Official Artist of the 2018 Breeders’ Cup World Championships. Five finalists will have their artwork on display in the Plaza on Saturday and guests may text to vote for their favorite.

Admission gates will open Saturday at 5 p.m. General admission is $10, box seats are $25 and reserved dining packages are $73. All ticket options can be purchased online at www.ChurchillDowns.com/Tickets. No one under the age of 18 will be admitted to the track unless they are accompanied by a parent or responsible adult.

According to the National Weather Service, Saturday’s forecast for Louisville calls for sunny skies with a high near 93. The low will be around 74.

Churchill Downs will make it a special night for bettors at Saturday’s “Downs After Dark” as the track offers a mandatory $250,000 partial Pick 6 payout on Races 4-9 if no one hits the Single 6 Jackpot on Thursday or Friday.

The Kentucky Horse Racing Commission granted Churchill Downs approval to payout $250,000 from the jackpot for Saturday’s 11-race card if there was a carryover heading into that night’s racing program. The remaining jackpot funds would seed the Single 6 Jackpot pool for Sunday, but all funds would be paid Saturday if there is only one winning combination that night.

Saturday’s potential $250,000 payout coincides with “Downs After Dark Presented by Budweiser.” Admission gates will open Saturday at 5 p.m. and the first of 11 races is 6 p.m.

Some of the nation’s elite horseplayers will descend upon Churchill Downs on Saturday night and attempt to secure seats at the 2018 Breeders’ Cup Betting Challenge as they pit their handicapping skills against the best Louisville has to offer.

Churchill Downs’ Breeders’ Cup Betting Challenge Live Bankroll Qualifier is a “real money” handicapping tournament with a $1,500 buy-in, of which $1,000 will be used by participants to wager on Saturday night’s 11-race Stephen Foster Handicap card with the other $500 going toward the entry fee and prize pool. Wager types permitted are Win, Place, Show, Exacta, Trifecta and Daily Double only.

The top two finishers in the satellite tournament will receive $10,000 Breeders’ Cup Betting Challenge seats for the Nov. 2-3 event at Churchill Downs plus a $1,000 travel voucher. The third-place finisher will receive a $2,500 voucher. 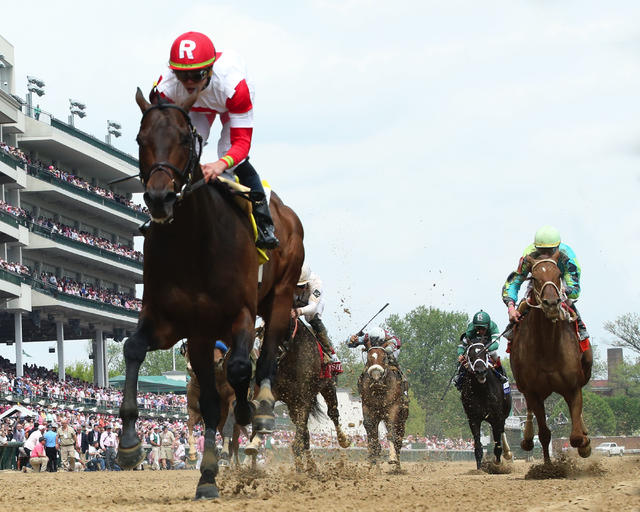