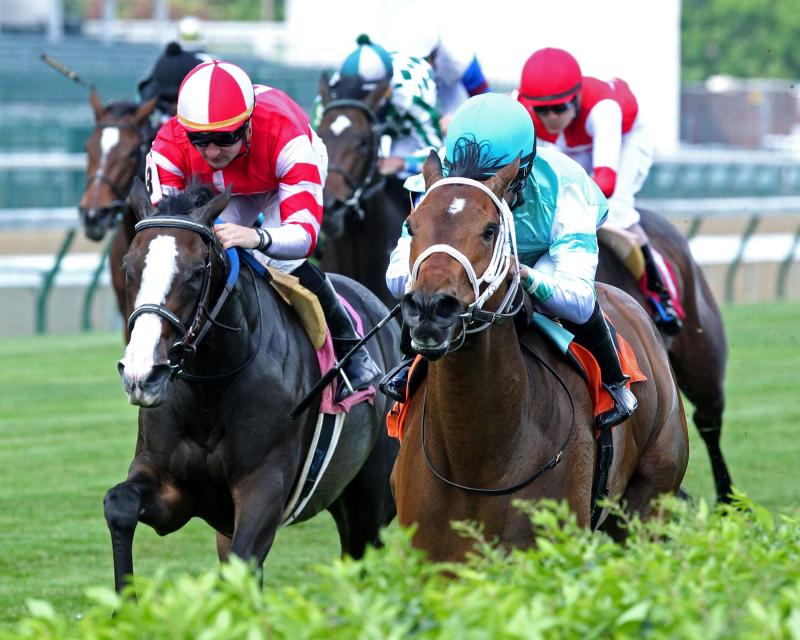 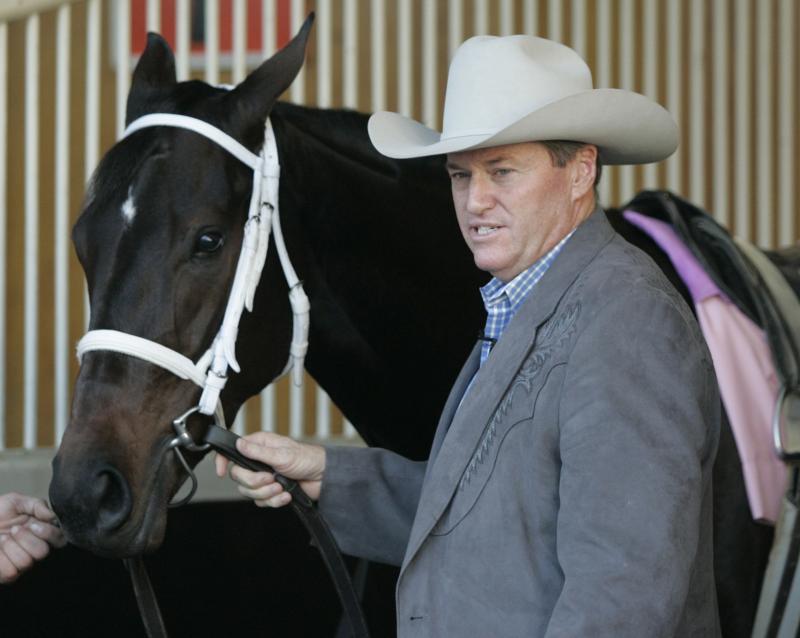 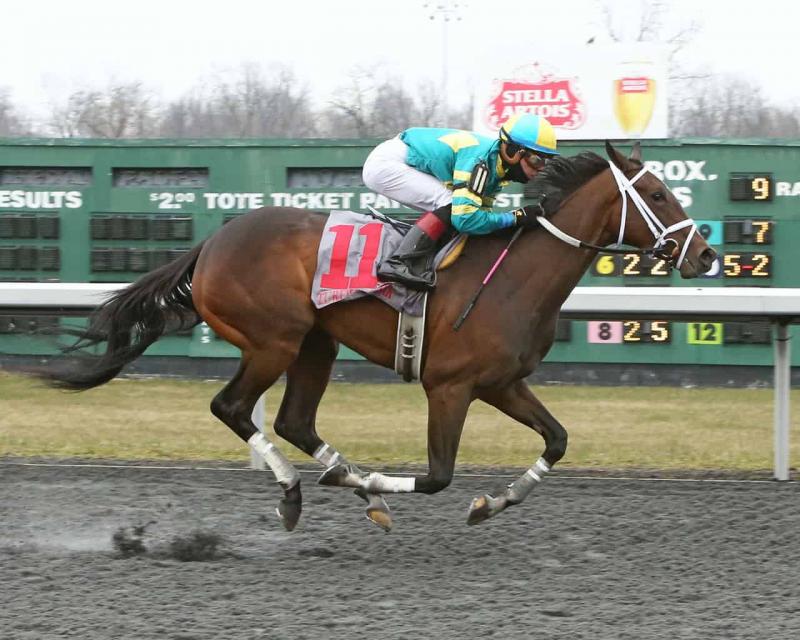 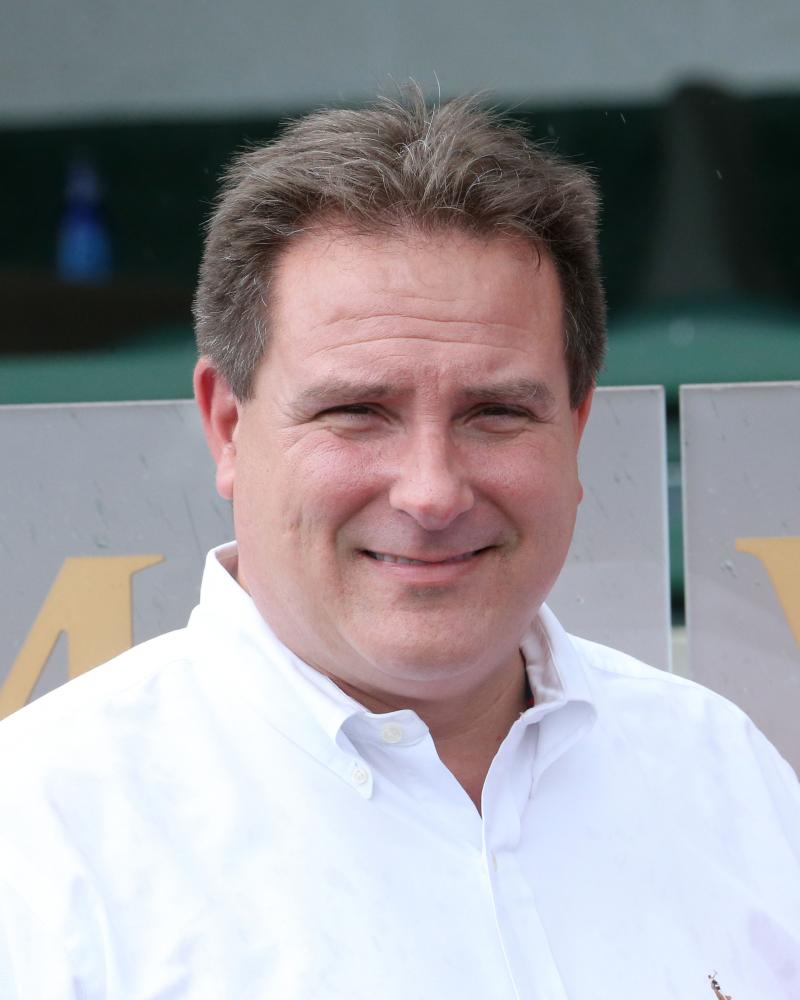 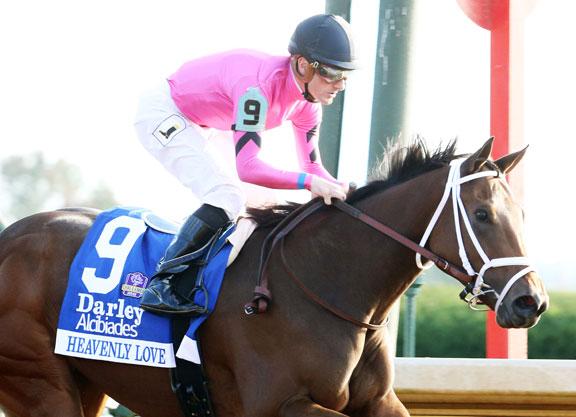 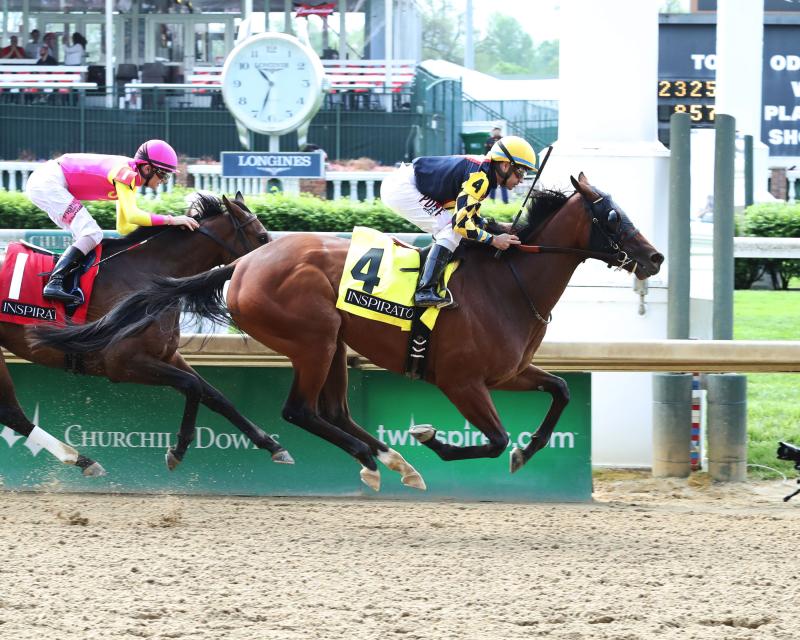 She's Pretty clucky, an allowance winner on the main track for trainer Eddie Kenneally during Kentucky Derby Week, returns to the turf on Saturday night for the $100,000 Regret (GIII). (Coady Photography/Churchill Downs)

Hinkle Farms recent allowance winner Stave will attempt to win her first graded stakes race as she breaks from the outside post 13 in Saturday’s 49th running of the $100,000 Regret Stakes presented by Cintas (GIII) at Churchill Downs.

Stave (4-2-0-0—$81,960), who will be searching for her third win in a row, broke her maiden impressively by 6 ¾ lengths at Keeneland for trainer Larry Jones prior to defeating a field of 10 in a first-level allowance on May 19 at Churchill Downs.

“We trained (Stave’s) mom (Buy the Barrel) for the Hinkels,” Jones’ assistant Corey York said. “The Hinkles are great people to train for and it’s rewarding to have her offspring show some potential as well.”

Stave will once again be ridden by Gabriel Saez.

Among Stave’s rivals in the Regret is Three Diamonds Farm’s Bourbonette Oaks (GIII) winner Go Noni Go (10-3-1-1—$163,606) for trainer Mike Maker. The Get Stormy filly most recently finished fifth in the Selene Stakes (GIII) at Woodbine over the synthetic surface but will return to the turf where she has two victories.

Go Noni Go will be ridden by Mike Smith and break from Post 12.

All fillies will carry 118 pounds. 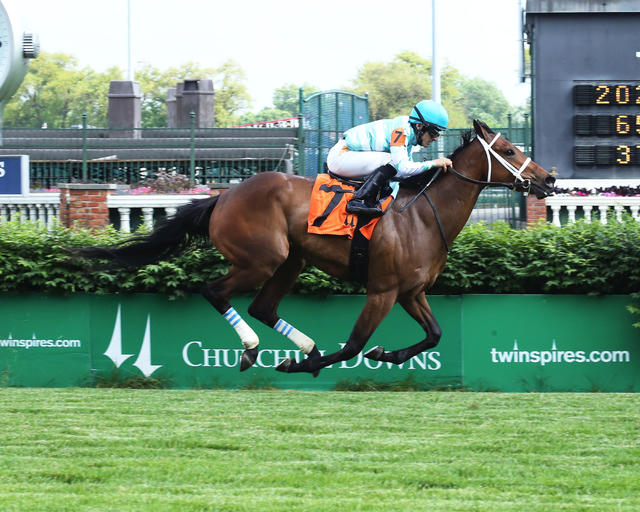