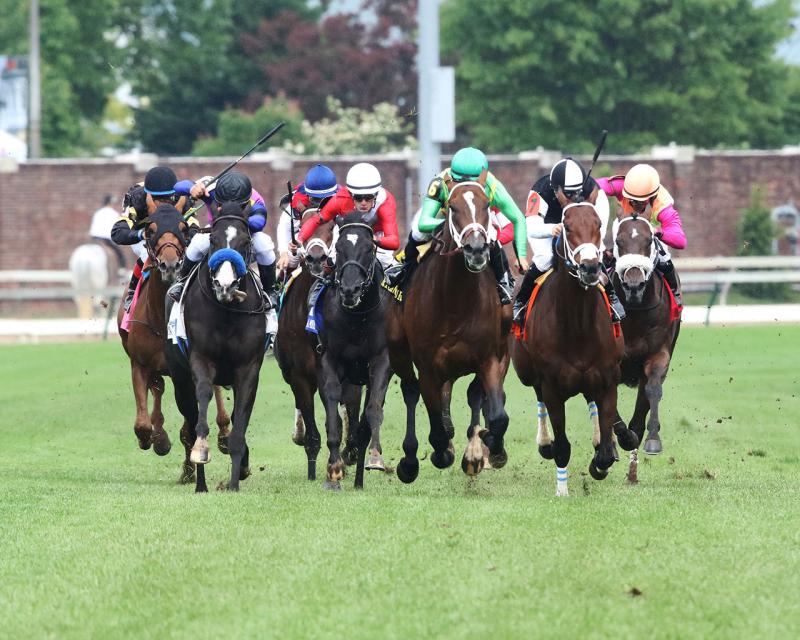 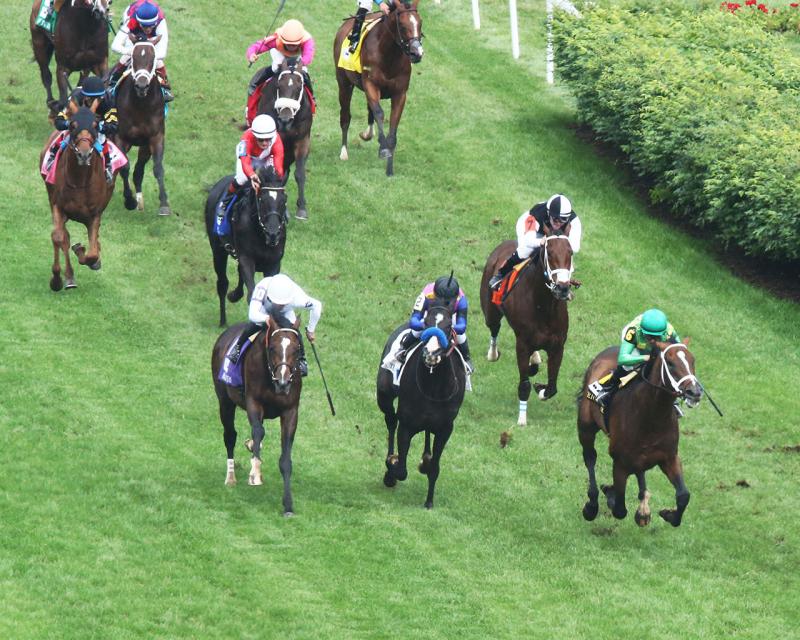 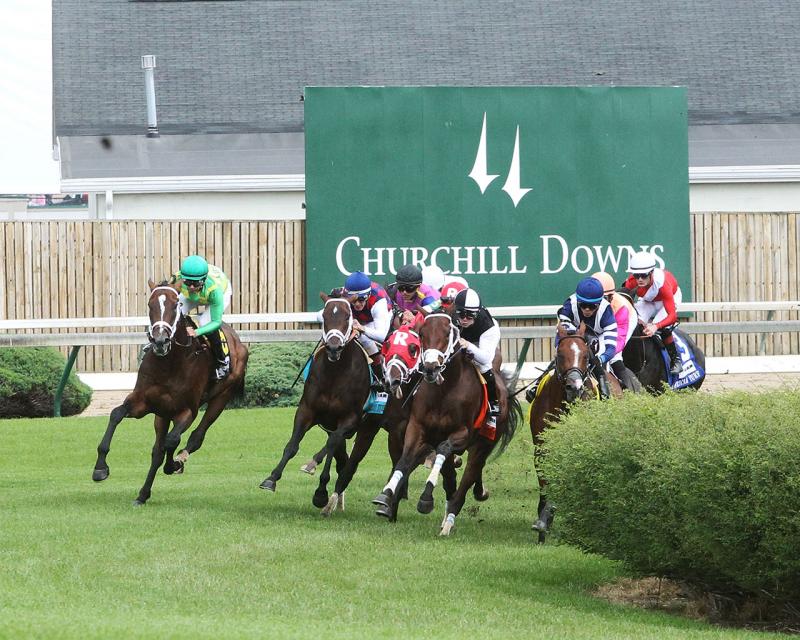 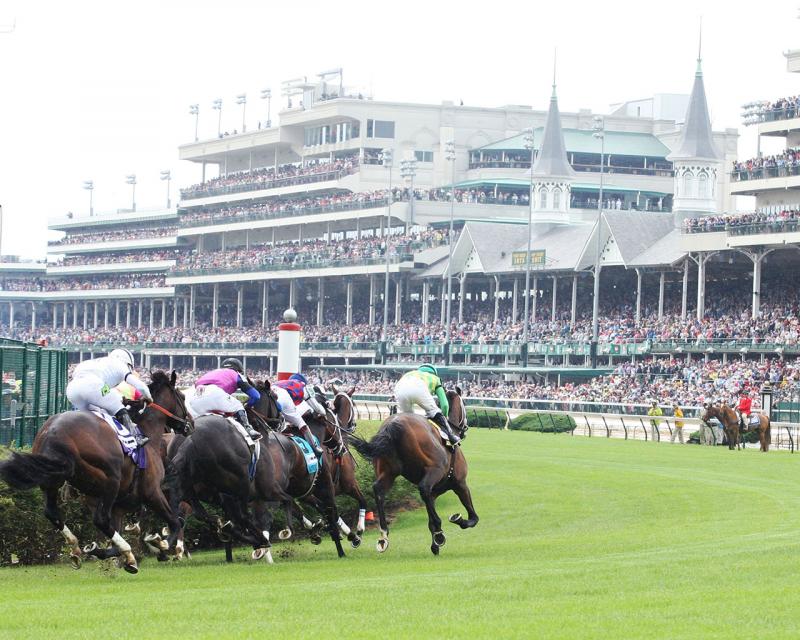 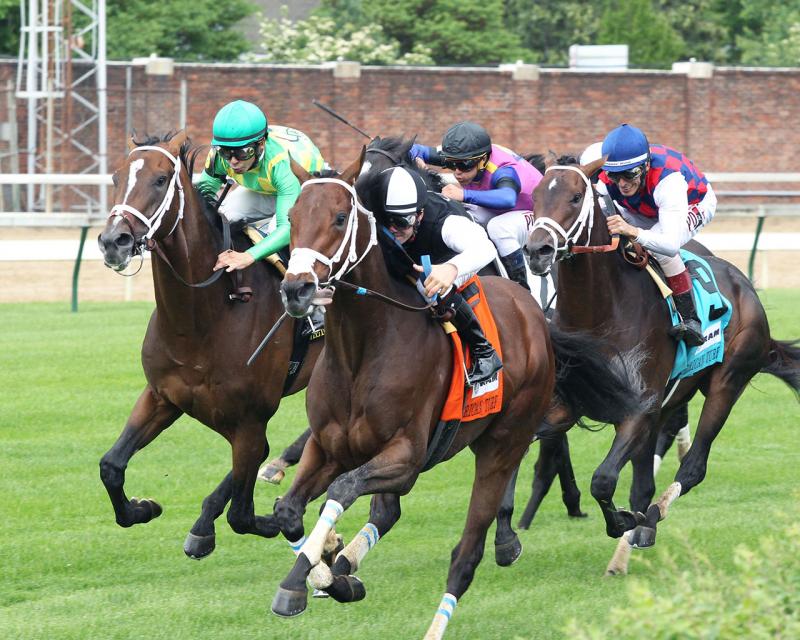 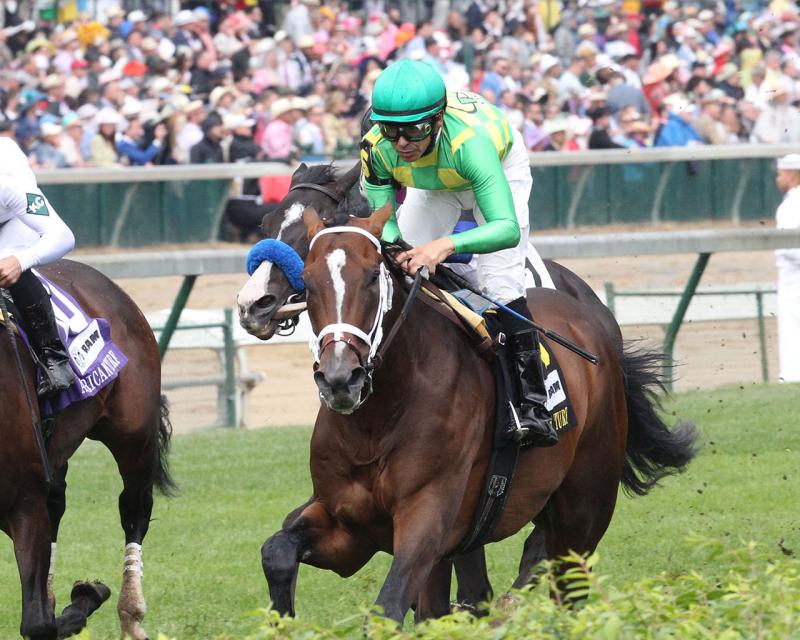 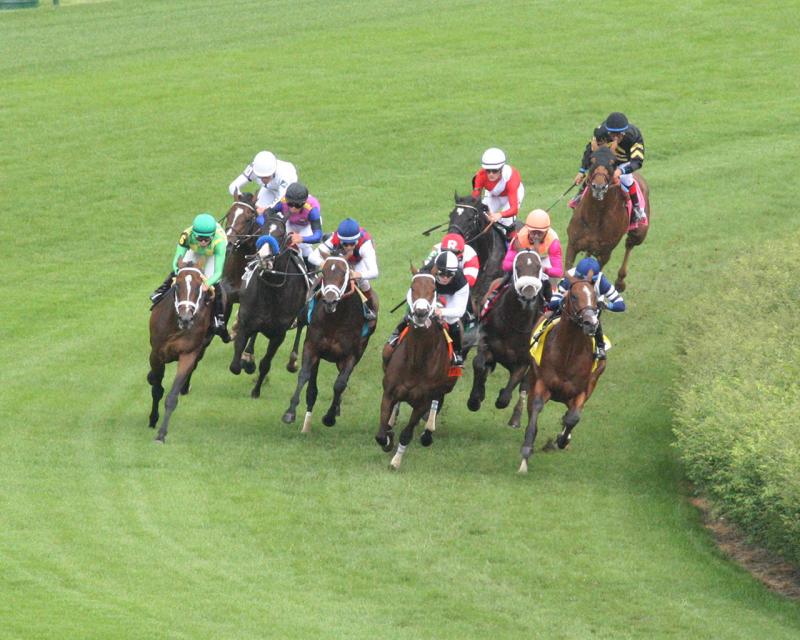 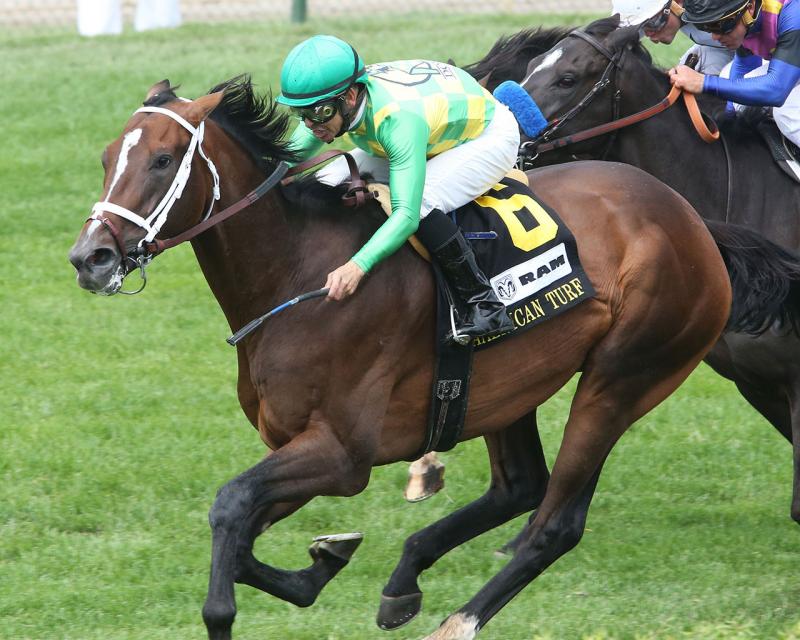 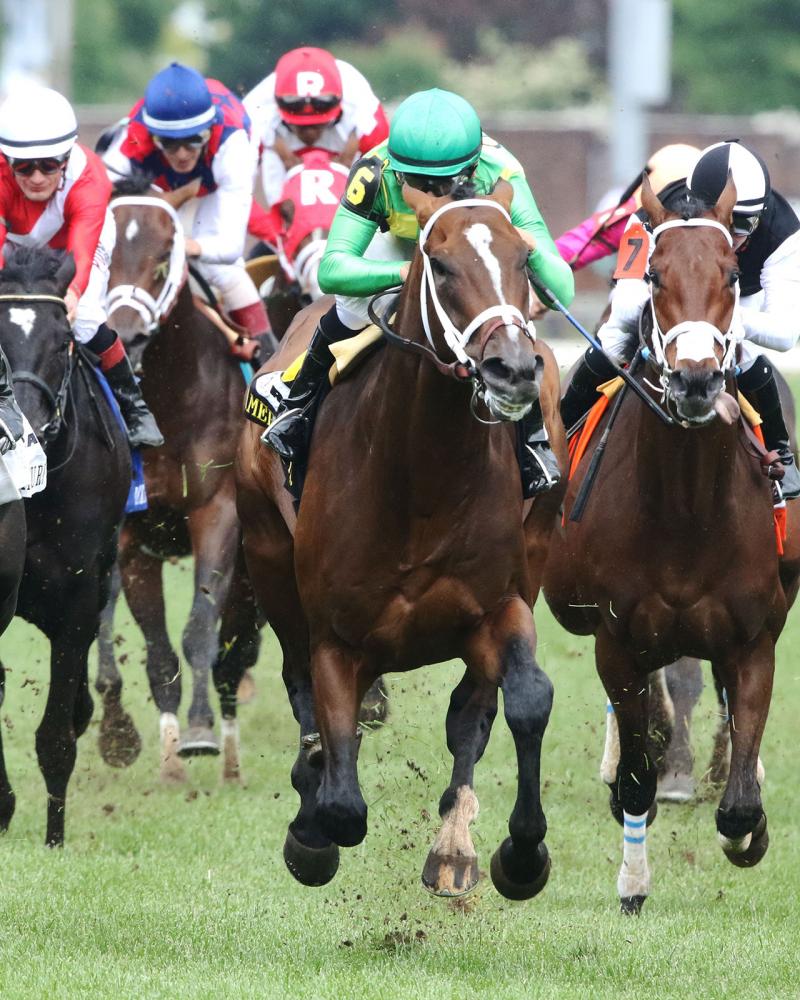 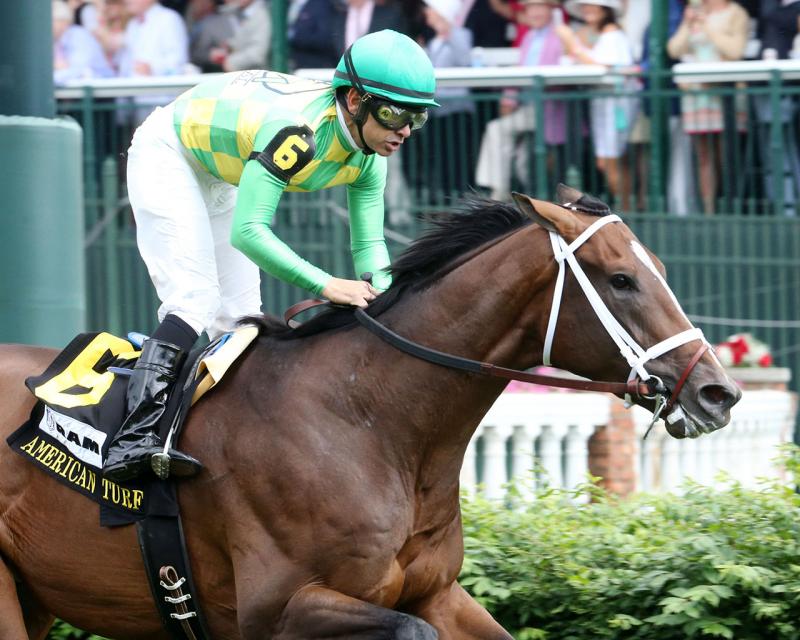 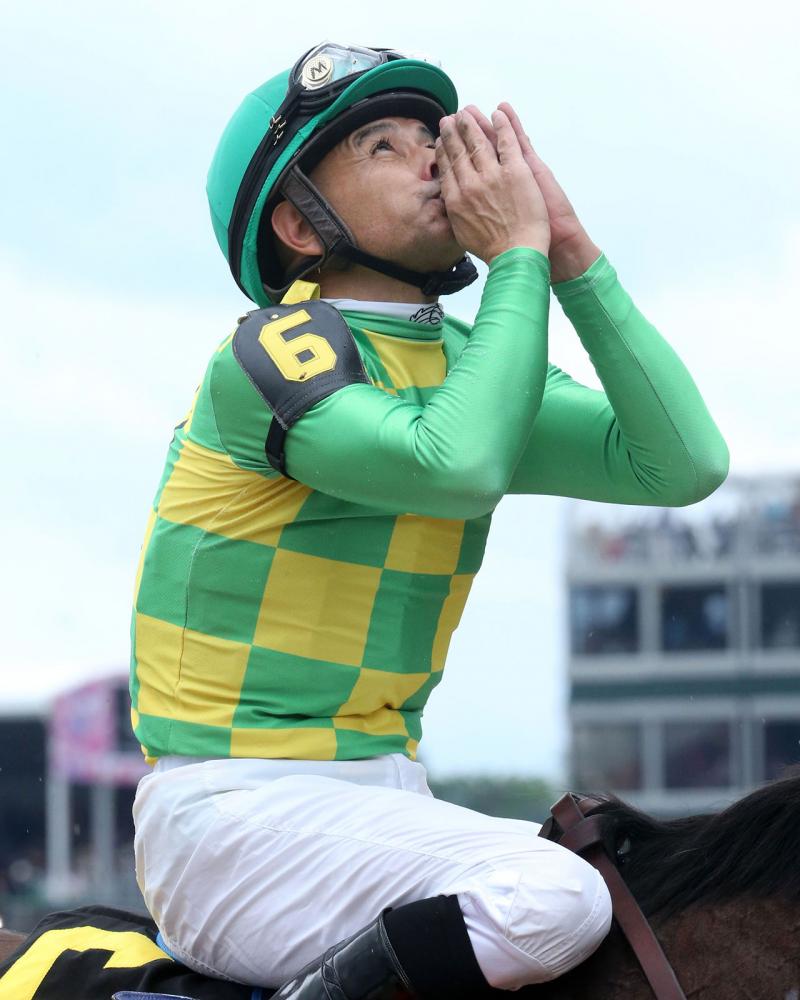 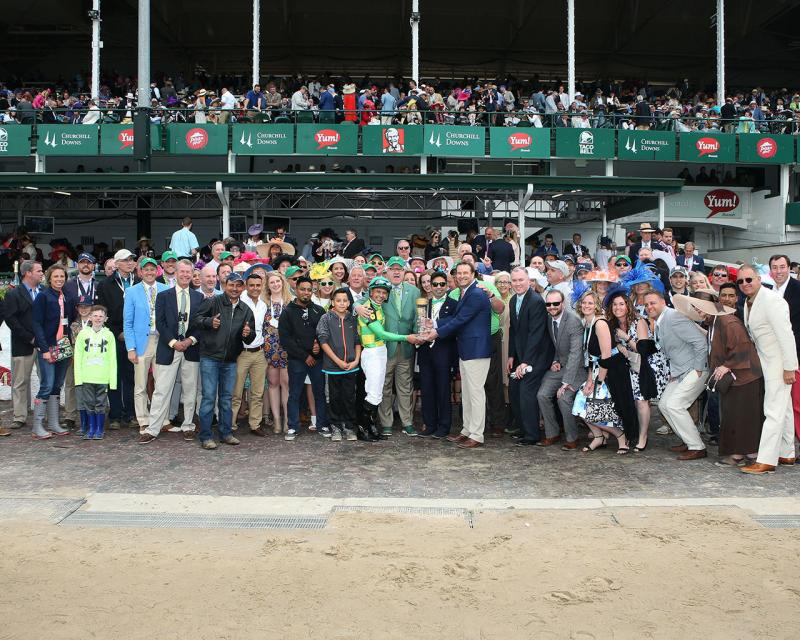 Trained by Brad Cox and ridden by Mike Smith, Arklow covered the mile and a sixteenth on a “good” turf course in 1:44.64. It was the third win in the race for Smith who won the first running in 1992 on Senor Tomas and in 1994 with Jaggery John.

Oscar Performance, last year’s Breeders’ Cup Juvenile Turf (GI) winner, led the field of 10 through fractions of :23.85 and :48.46 while Arklow raced near the back of the pack. Approaching the far turn, Arklow began to pick up the leaders and entering the stretch was swung five wide for clear running.

Arklow struck the front at the sixteenth pole and was not challenged the rest of the way.

The victory was worth $176,700 and increased Arklow’s earnings to $244,987 with a record of 7-2-1-1. The Kentucky-bred son of Arch out of the Empire Maker mare Unbridled Empire is unbeaten in two grass races.

It was another three lengths back to Conquest Farenheit, who was followed in order by Parlor, Ritzy A.P.,Made You Look, Holiday Stone, Kitten’s Cat and Oscar Performance.

Mike Smith (rider of Arklow, winner) – "It was just like they told me. Honestly, they said 'Mike, you'll be somewhat forward early. They had told me they wished it was a mile and quarter. (Trainer) Brad (Cox) said don't be afraid to get brave with him. If I got him clear, he said go ahead and let him start going a little early. He said he'd keep going and he was a 100 percent right. I'm glad they told me that. Normally on the grass you want to wait and make one run. If I had done that, I probably would have lost the race. I'm just happy to be riding for these owners. They're good friends of mine."

Brad Cox (trainer of Arklow winner) – “We wanted to try and make him a Derby horse but it didn’t pan out that way with the points. I saw a mile and an eighth maiden race at Keeneland on the grass opening weekend. He ran a big race that day and obviously this was a step up today. He had a great work here last weekend on the turf. It’s only the second time he ran on the turf so I was really proud of him how well he ran today. I thought there would be some speed. He sat mid-pack and got a little wide in the first turn, which could’ve been a good thing with how the turf has been playing. Mike (Smith) put him in perfect position and he kept running.”

Joel Rosario (rider of Good Samaritan, runner-up) – “The track was a little tiring and soft, then we were wide. It took him a little time to get going after he stumbled a little bit early, but he ran a really good race.”

Javier Castellano (rider of Big Score, third) – "Had a good trip, a perfect trip. Just at the last part he didn't have it. He never has been on ground this soft. I think that's what cost him the race." 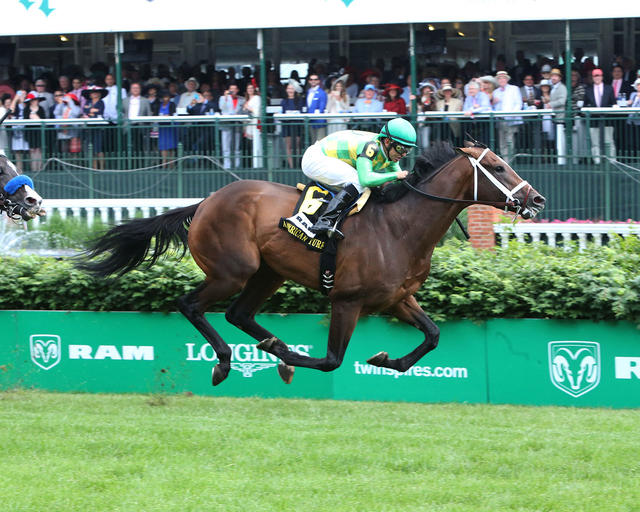