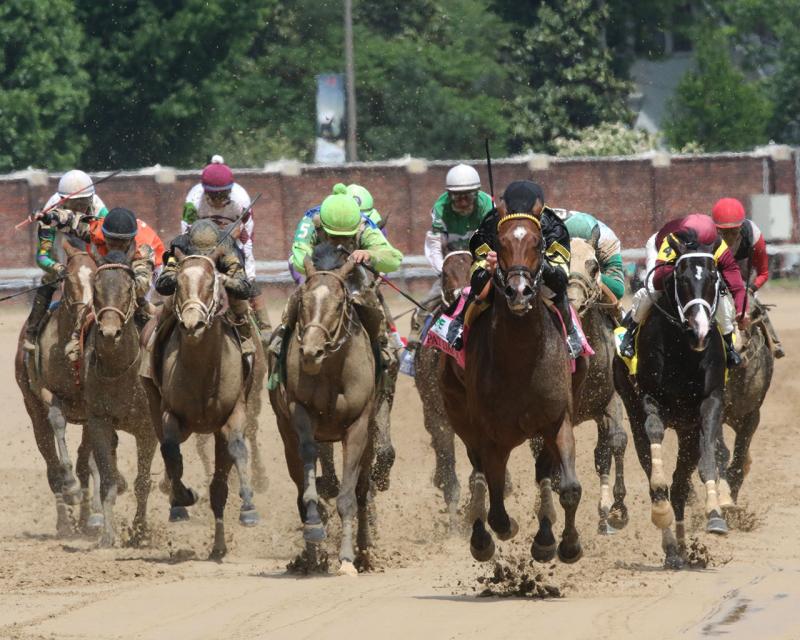 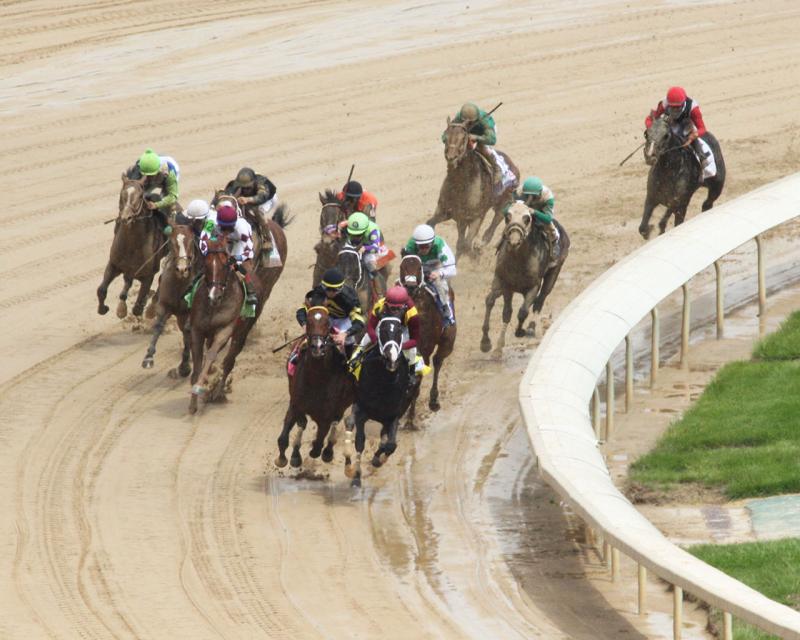 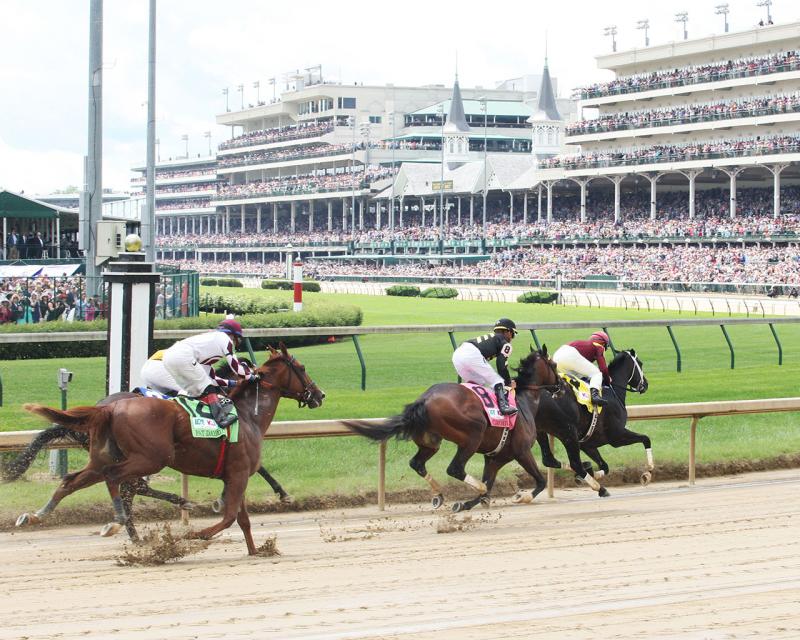 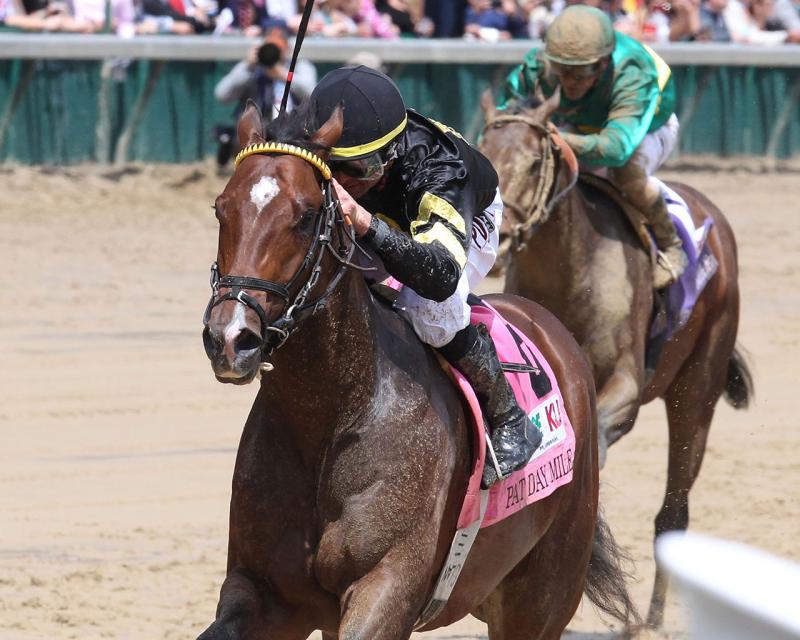 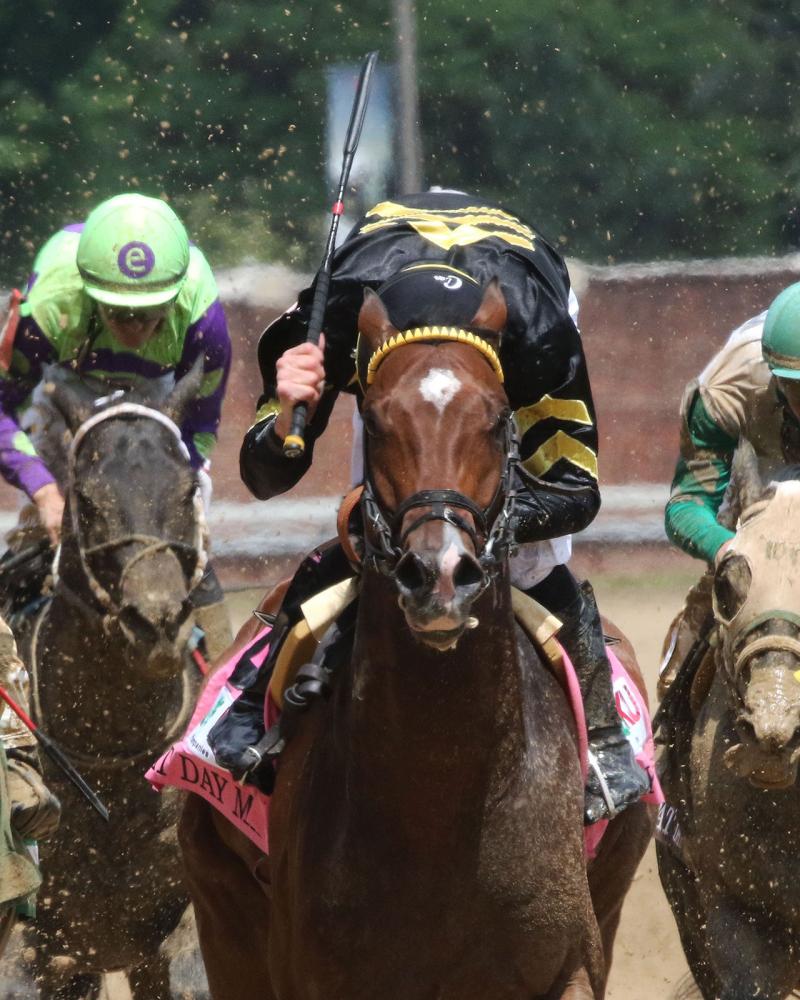 LOUISVILLE, Ky. (Saturday, May 6, 2017) – Calumet Farm’s homebred Wild Shot rocketed by pace-settingUncontested at the head of the stretch and romped to a four-length victory over No Dozing to win the 93rd running of the $250,000 Pat Day Mile for 3-year-olds.

Trained by Rusty Arnold and ridden by Corey Lanerie, Wild Shot covered the mile on a muddy track in 1:35.67.

Uncontested led the field of 12 through early fractions of :22.24 and :44.79 with Wild Shot in closest pursuit. On the far turn, Lanerie sent Wild Shot after Uncontested and at the top of the stretch swept past with no resistance from the pacesetter and drew off for the victory.

Wild Shot is a Kentucky-bred son of Trappe Shot out of the Storm Cat mare Ranter.

It was another head back to You’re to Blame, who was followed in order by Sonic Mule, Warrior’s Club,Local Hero, Colonelsdarktemper, Rapid Dial, Bitumen, Excitations, and Bobby On Fleek.

Corey Lanerie (rider of Wild Shot, winner) – “I didn’t know where I was going to be the first quarter. I went in with the mind-set to let my horse run his race. I just patiently let him do what he wanted to do. It was a dream ride. When I called on him (at the top of the stretch), he had plenty left.”

Rusty Arnold (trainer of Wild Shot, winner) – “I didn’t know we had it but when he got about three in front at the eighth pole I felt pretty good. We think this is what he wanted to do – a one-turn mile – and it worked out. I didn’t like 44 and change until they kept going but it worked out great. We tried the Derby trail and we just didn’t like the two turns so we backed him up. His last work was brilliant and he’d done really well. He’s a handful, as you noticed in the paddock. He’d been over here every day this week and got better each time. We thought he’d like the slop. We weren’t sure but we thought he would. They went so much faster than I thought they would but you just don’t know on a sloppy track. He kept going and he’d run so fast the horses that chased him tired also. This horse probably will go to New York for the Woody Stephens on Belmont Day. It’s a Grade 1 going seven eighths.”

Joel Rosario (rider of No Dozing, runner-up) – “A good race for him. He ran well. The winner was best today.”

Mike Smith (rider of Uncontested, third-place finisher) – “I’m just going to take a guess here that I think he might be a late running sprinter. When they go long like this, he outruns them because he’s got natural speed. But if you put him in a short race, I think he will come running at the end.” 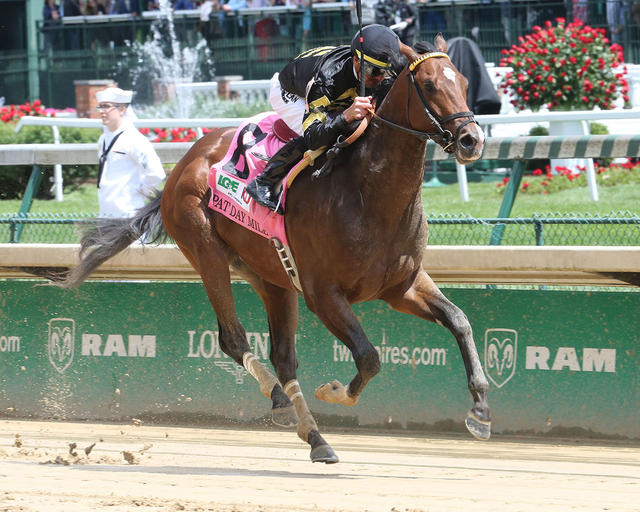