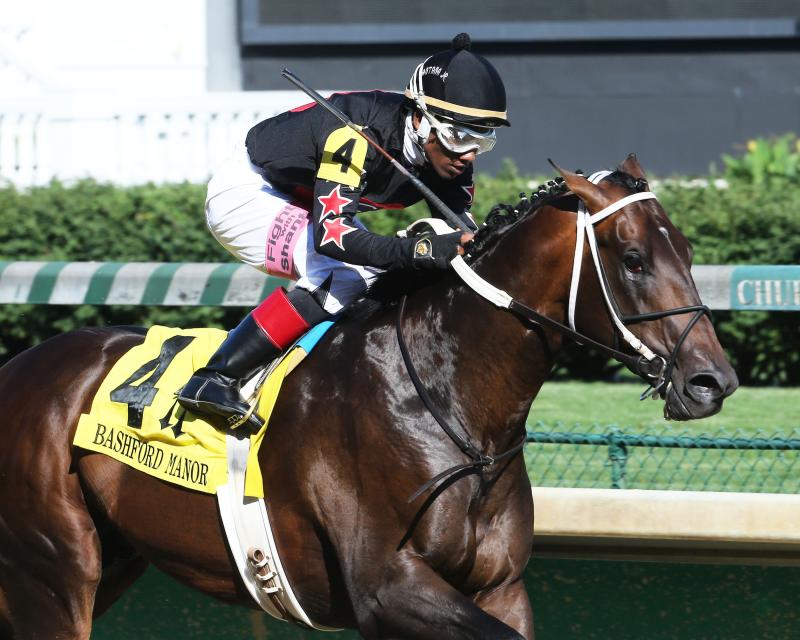 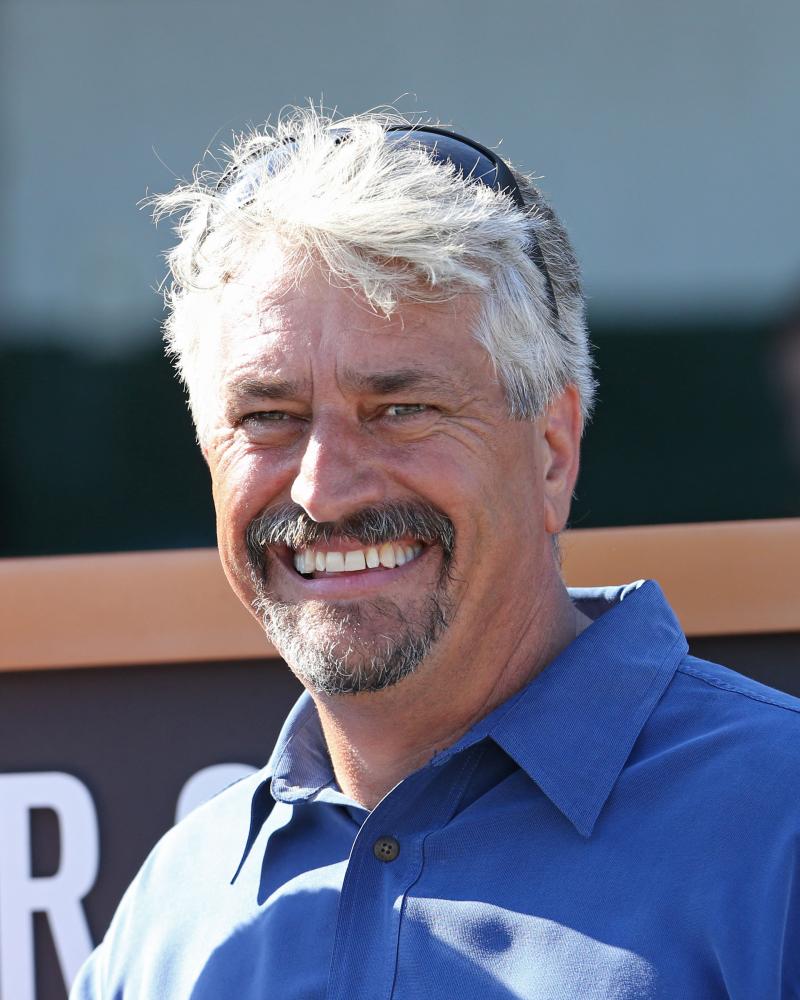 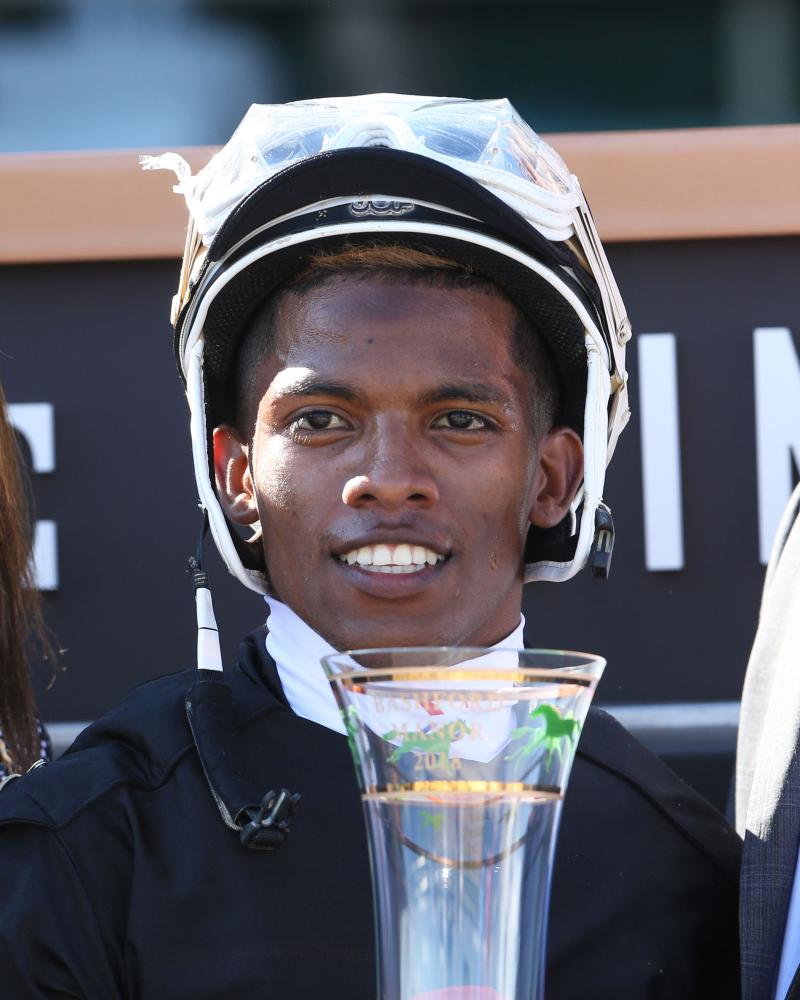 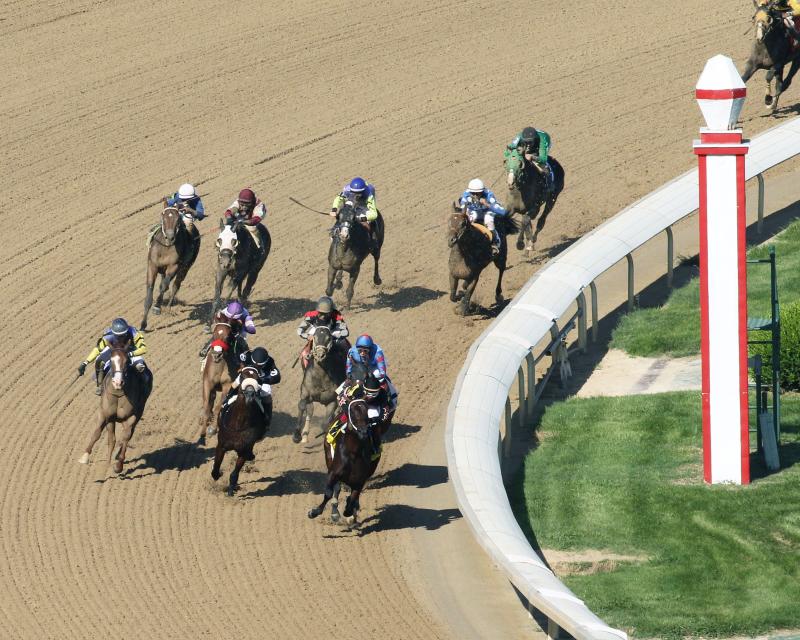 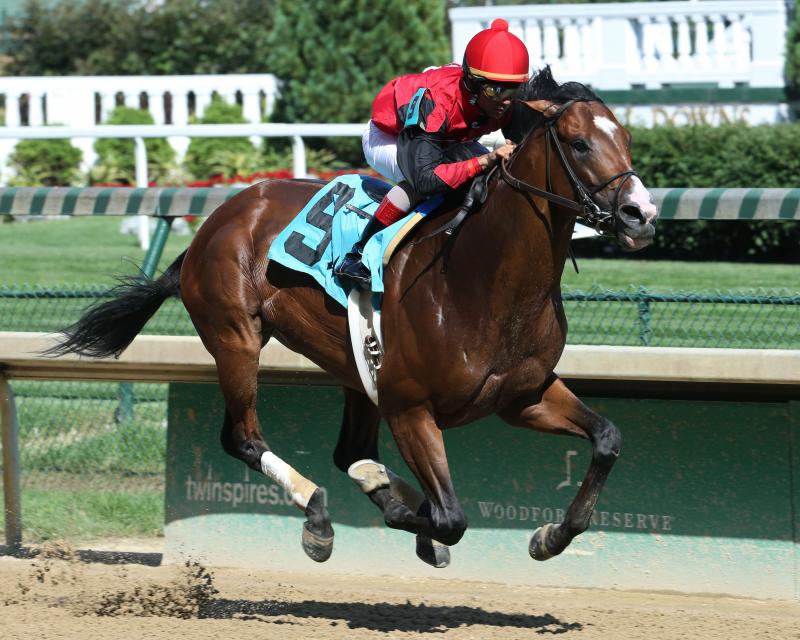 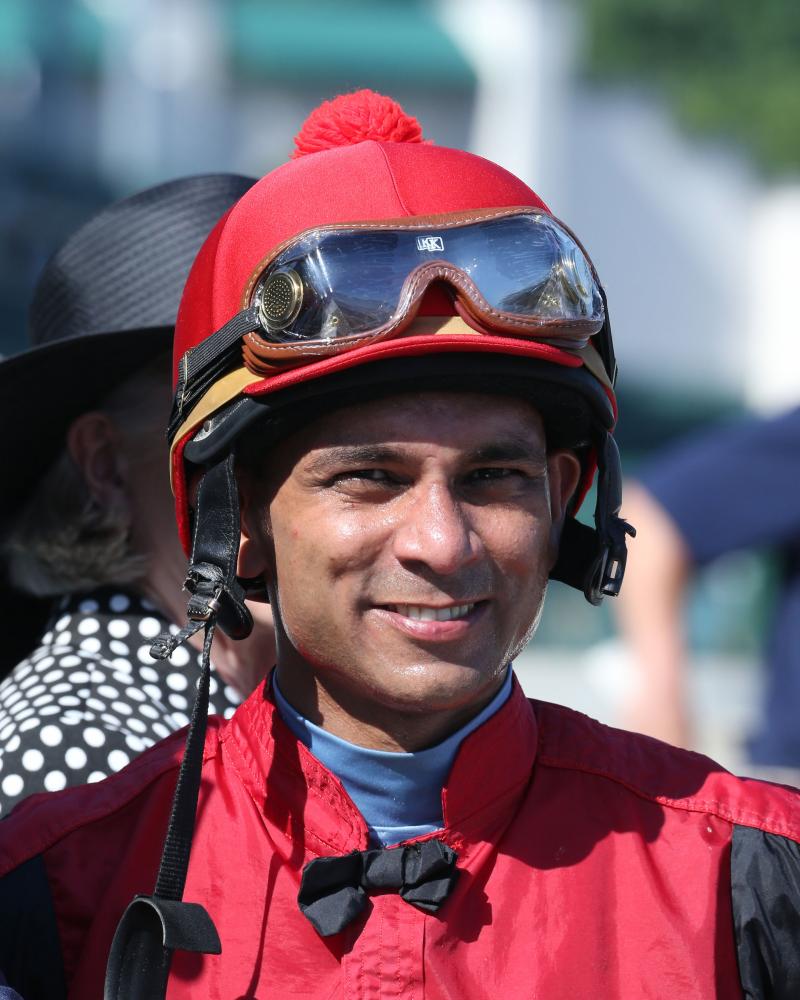 Ridden by Ricardo Santana Jr., Sir Truebadour, who was sent to post as the hot 3-2 favorite, ran six furlongs over a fast main track in 1:12.77 – the slowest of 19 Bashford Manor renewals at the six-furlong distance.

Sir Truebadour was leg weary late in the stretch but had a jump on his 11 rivals after breaking alertly from post 4. He battled from the inside with 48-1 longshot The Song of John and Mr. Granite for the early lead and ran the first quarter mile in a swift :21.35. The Song of John got within a half-length of Sir Truebadour at the top of the stretch but the winner spurted clear after a half mile in :45.63 and drew clear midway down the lane, and had enough to hold on comfortably.

“Steve and his team did a great job with this horse,” Santana said. “It was a great win today. He is very fast early and got the lead nicely out of the gate. He got a little tired late but held on nicely to win.”

Asmussen, who was the Spring Meet’s leading trainer for a record-extending 19th time with 30 wins, previously won the Bashford Manor with Lunarpal (2004), Kodiak Kowboy (2007), Kantharos (2010) and Cinco Charlie (2014) and his victory equaled fellow Hall of Fame trainer D. Wayne Lukas’ win record for the race.

Ten of Asmussen’s 30 wins during the meet came with 2-year-olds.

Sir Truebadour’s triumph was worth $57,660 and increased his bankroll to $93,360 with a record of two wins and a fourth in three starts. The younger half-brother to $1.8 million-earner and 2011 Breeders’ Cup Turf Sprint (GII) champ Regally Ready impressively won by four lengths at first asking on May 17 at Churchill Downs and then finished fourth in the $150,000 Tremont at Belmont Park on June 8, two lengths behind winner Our Braintrust.

“We aimed to this race since he broke his maiden,” Asmussen said. “It’s great to win a graded stakes race. He got a little tired late but it was a great win.”

Sir Truebadour is a 2-year-old son of More Than Ready out of the King of Kings (IRE) mare Kivi. He was bred in Kentucky by Two Stamps Stables.

The Bashford Manor was the last of three stakes races on Saturday’s closing day card at Churchill Downs.

Earlier, Three Chimneys Farm LLC and Fern Circle Stables’ 2-year-old filly Restless Rider overcame trouble on the turn to convincingly beat Shanghai Rain by a record 11 ¼ lengths in the 118th running of the $100,000 Debutante (Listed) to give trainer Kenny McPeek his second consecutive win in the race. She clocked six furlongs in 1:10.62 – more than two seconds faster than Sir Truebadour’s winning time – under Brian Hernandez Jr.

In the ninth running of the $68,130 Kelly’s Landing Overnight Stakes, Frank Fletcher Racing’s C Z Rocket rebounded from a third-place finish in his 4-year-old debut to romp by four lengths over Storm Advisory. The City Zip colt ran seven furlongs in a stakes record 1:21.51 under Shaun Bridgmohan to collect his first stakes win. Trained by Al Stall Jr., C Z Rocket banked $40,200 and improved his record to 6-4-0-1—$164,075. He paid $6.60 to win as the 2-1 second betting choice. Favored Warrior’s Club was a half-length back of the runner-up in third.

At the conclusion of the card, the champions of the Spring Meet were decided. Asmussen had six more wins than runner-up Brad Cox, who had 24 wins and a meet-best $1,616,482 in earnings, in the race to be leading trainer. Brian Hernandez Jr. collected his first Churchill Downs riding title with 43 wins, five more than runner-up Florent Geroux, who topped all riders with $2,183,479. And for the 31st time in Churchill Downs history, Ken and Sarah Ramsey were the leading owners with nine wins.

Racing in Kentucky will shift to Ellis Park on Sunday. Action at Churchill Downs will return Sept. 14 for the sixth annual 11-date September Meeting, which will continue through Sept. 30.

RICARDO SANTANA JR., jockey of SIR TRUEBADOUR (winner): “Steve and his team did a great job with this horse. It was a great win today. He is very fast early and got the lead nicely out of the gate. He got a little tired late but held on nicely to win.”

STEVE ASMUSSEN, trainer of SIR TRUEBADOUR (winner): “We aimed to this race since he broke his maiden (on May 17). It’s great to win a graded stakes race. He got a little tired late but it was a great win.”

EUCLYN “PEDE” PRENTICE JR., jockey of MR CHOCOLATE CHIP (runner-up): “He ran a great effort. He was a little green in the stretch but closed ground well. It was a great race.”

MARIO GUTIERREZ, jockey of TOOTHLESS WONDER (tenth): “We got into a lot of trouble off the turn. Two horses bumped with me and we got shuffled back.”

SHAUN BRIDGMOHAN, jockey of C Z ROCKET (winner): “I have to give credit to Al and his staff for really bringing along this horse. I think he probably needed his last race and came into today in great shape. We sat a great trip behind the speed and really closed strongly late.

MELANIE GIDDINGS, assistant trainer of C Z ROCKET (winner): “This horse has a lot of class. He keeps getting better with every start. This race was a great stepping stone to hopefully bigger and better things down the road.”

BRIAN WILLIAMSON, trainer of STORM ADVISORY (runner-up): “We’re so proud of him. He ran a huge effort. I thought for a minute we could’ve stole it on the front end but we were just second best.” 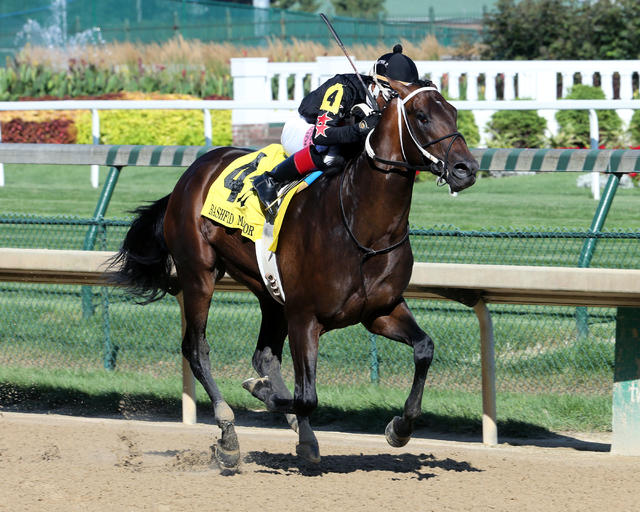