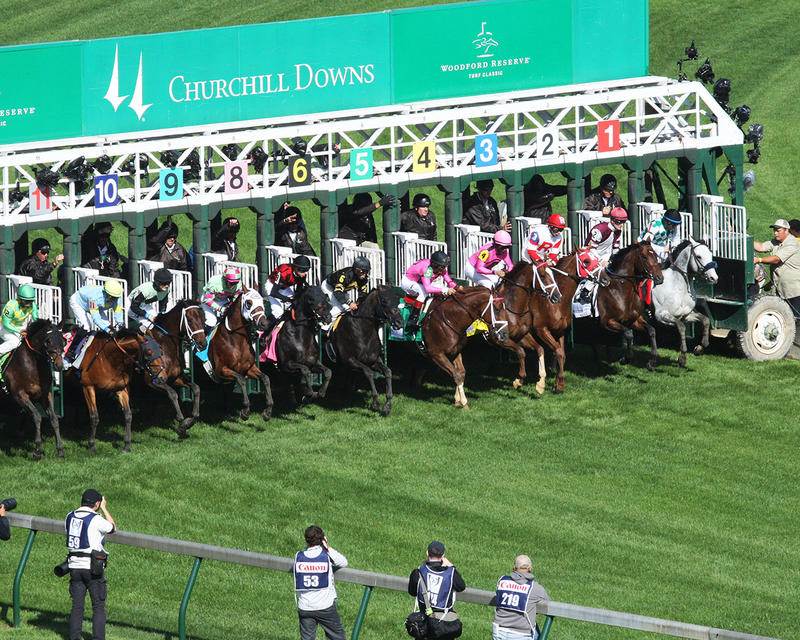 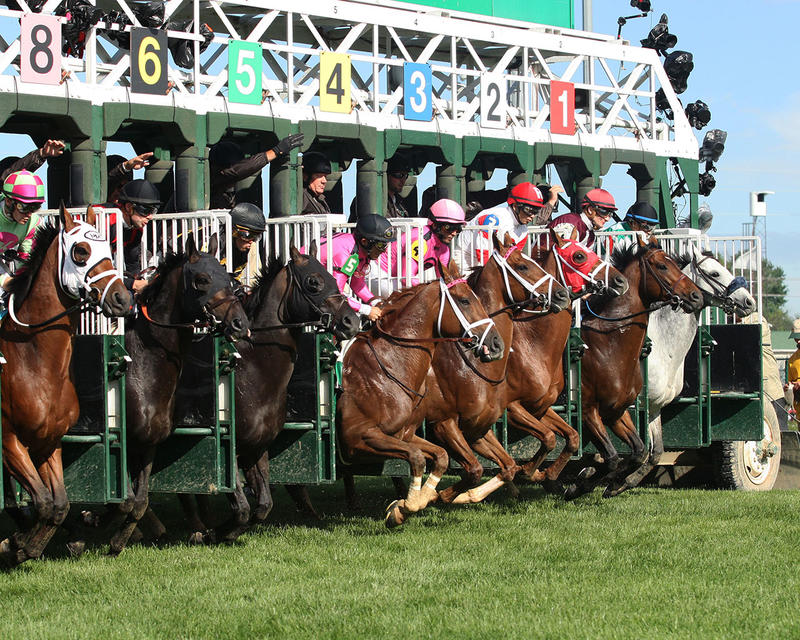 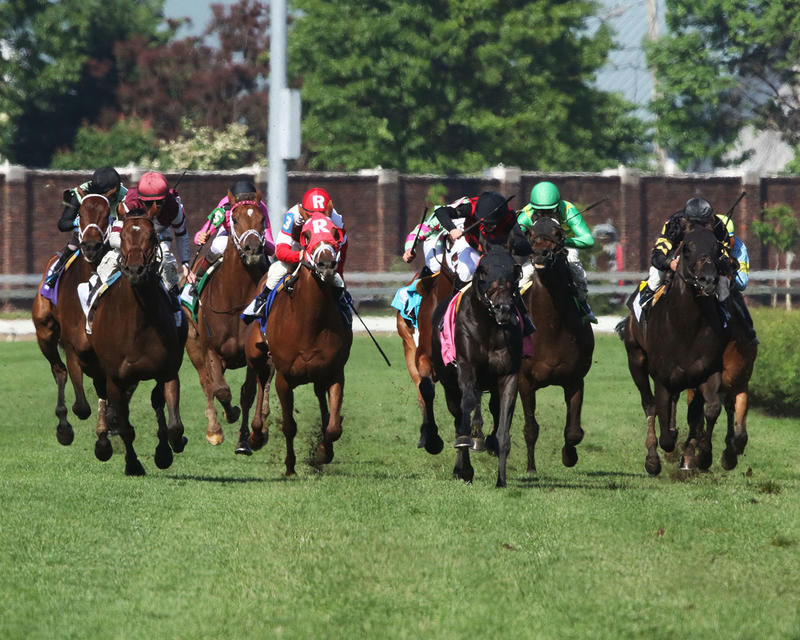 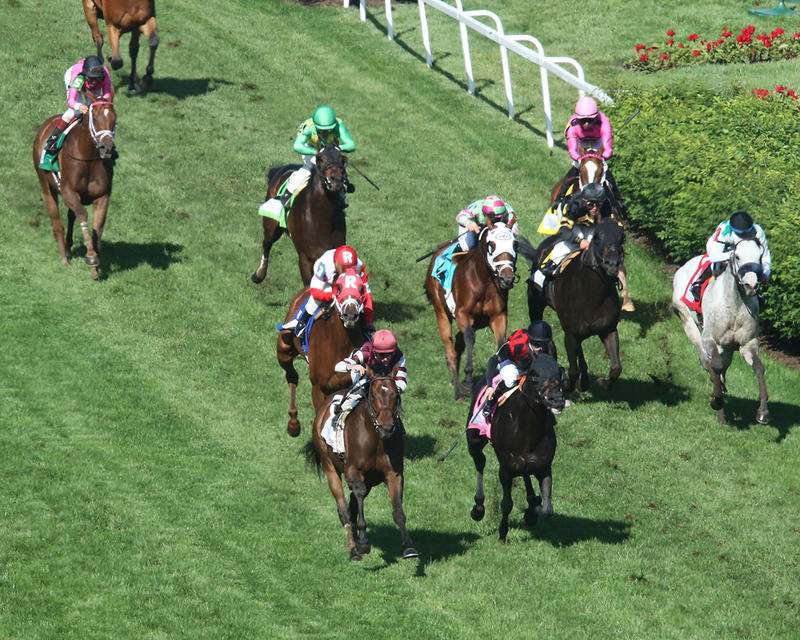 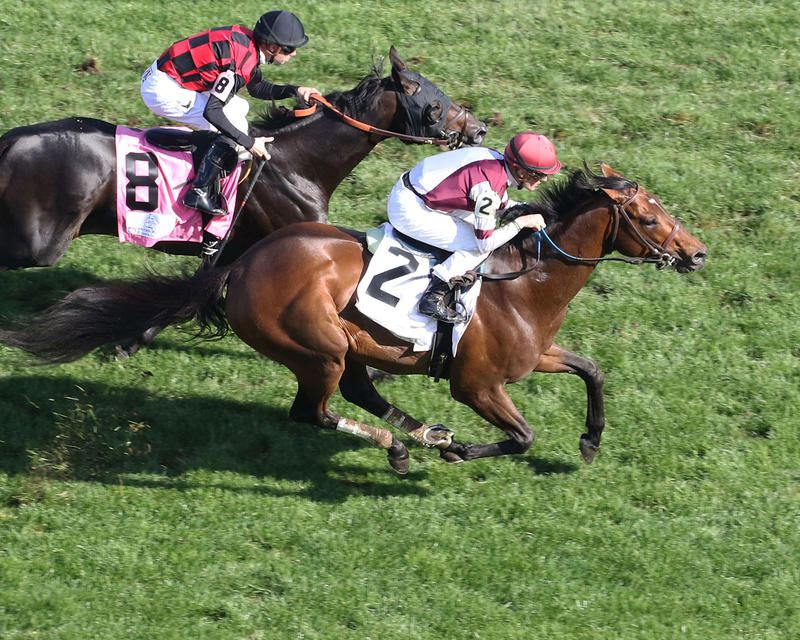 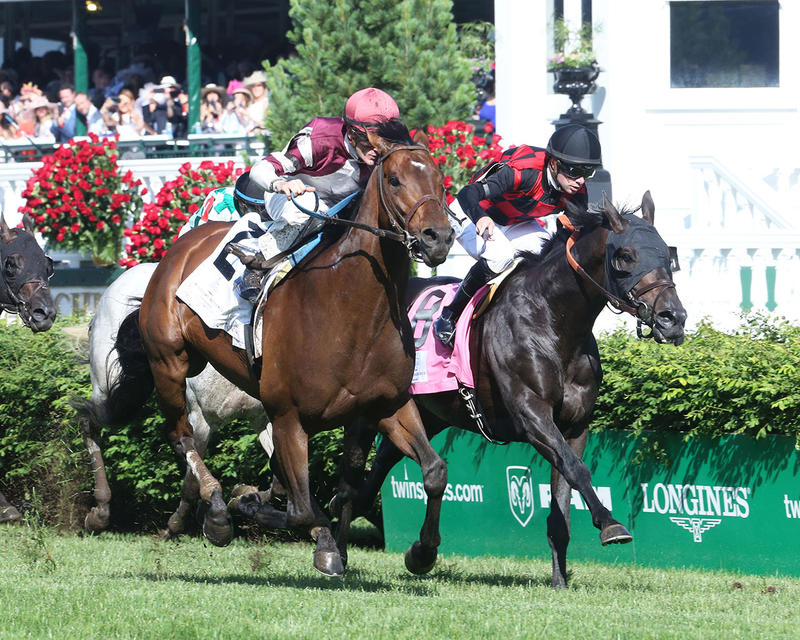 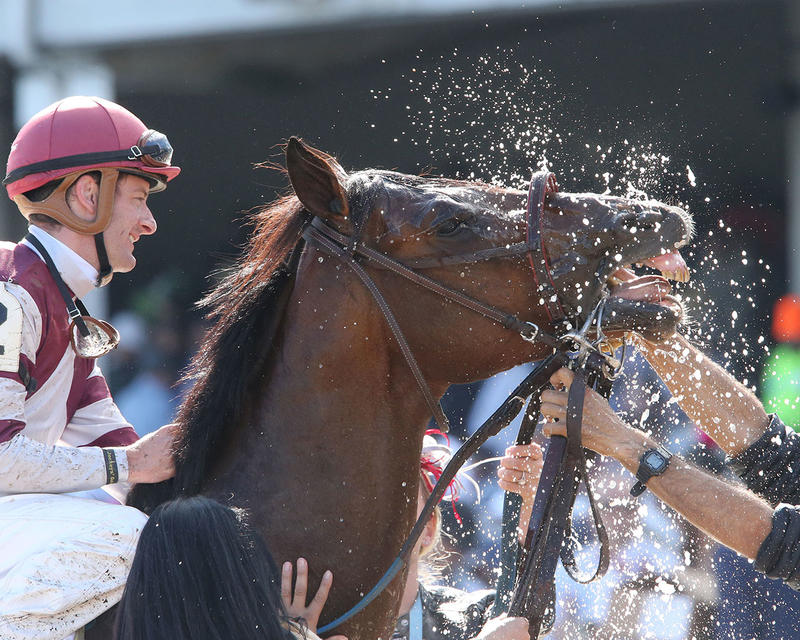 LOUISVILLE, Ky. (Saturday, May 6, 2017) – Gunpowder Farms’ Divisidero unleashed a powerful stretch run to post a half-length victory over pace-setting Beach Patrol to repeat in the $500,000 Woodford Reserve Turf Classic (Grade I) for 4-year-olds and up.

Trained by Buff Bradley and ridden by Julien Leparoux, Divisidero covered the mile and an eighth on a “good” turf course in 1:52.42. It was the second win in the race for Bradley and Leparoux, who also won in 2009 on Einstein.

Beach Patrol made all the early running with a clear lead while Divisidero lingered at the back of the pack. After setting fractions of :24.51, :50.69 and 1:15.45, Beach Patrol maintained control in the stretch until Divisidero rolled past in deep stretch on the far outside.

The victory was worth $291,400 and made Divisidero a millionaire with a bankroll of $1,047,950 with a record 13-5-2-3. All three graded stakes victories have come at Churchill Downs with his other stakes triumph coming in the American Turf (GII) on Derby Day 2015.

Divisidero is a 5-year-old Kentucky-bred son of Kitten’s Joy out of the Lemon Drop Kid mare Madame Du Lac..

It was another 1 ½ lengths back to Kasaqui (ARG) who was followed in order by Bal a Bali (BRZ),Enterprising, Ballagh Rocks, Conquest Panthera, Kaigun, Flatlined and Can’thelpbelieving (IRE).

Julien Leparoux (rider of Divisidero, winner) – “On this kind of track, you want your horse to be relaxed and make a nice run. Because the pace was so slow, we all bunched up so we were not too far behind. When I came out (for my run), he kicked home super. He ran a really big race today.”

Buff Bradley (trainer of Diviisidero, winner) – "We were far back early, but that's how the horse runs. Julien(Leparoux) said there wasn't much pace in there and he was correct, but I didn't want to take the horse out of his race. We know he likes to finish, even on a slow pace. I just told Julien 'you may just have to make your run earlier.' Julien is a great jockey so I don't have to tell him a whole lot. That was our plan to get the Keeneland race in and this was our goal. It's always nice to win at Keeneland, but we were happy with the outcome and how Julien felt about the horse. Derby Day has really been good to us. We're always happy to win on Derby Day before the biggest crowds."

Florent Geroux (rider of Beach Patrol, runner-up) – “There was not much speed and my horse likes to be forwardly placed. I put him on the lead and it looked like there were comfortable fractions. He was really trying. He saw (Divisidero). I went left-handed a few times and just couldn’t keep up with him. Divisidero was too fast for us today. He loves this turf course and does his best running here.”

Chad Brown (trainer of Beach Patrol, runner-up) – “He got a beautiful trip. No excuse. The horse that won today ran the best race. He ran terrific and our horse ran great too.”

Mike Smith (rider of Oscar Nominated, third-place finisher) – “I thought I was in a good spot. They said he pulls and doesn’t have a kick, so I stopped him leaving there and got him to settle. He settled for a little bit, but then started pulling. I kind of moved just a little bit sooner than I wanted, but he ran really well. I think that’s how he wants to be ridden. He isn’t dumb, he can learn how to do that more. He’s a smart horse.” 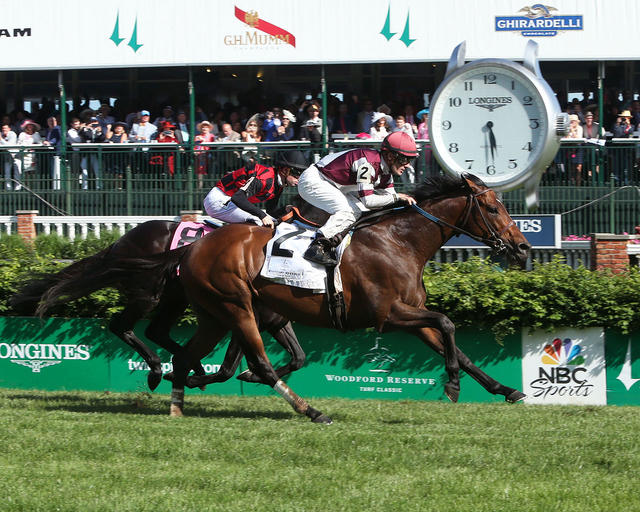