Buy Sell Hold and jockey Florent Geroux (6) turned back a charging Amberspatriot (3) and favored McErin (obscured on rail) to win the 24th running of the $100,000 Kentucky Juvenile by a neck at Churchlll Downs. (Coady Photography, Churchill Downs) 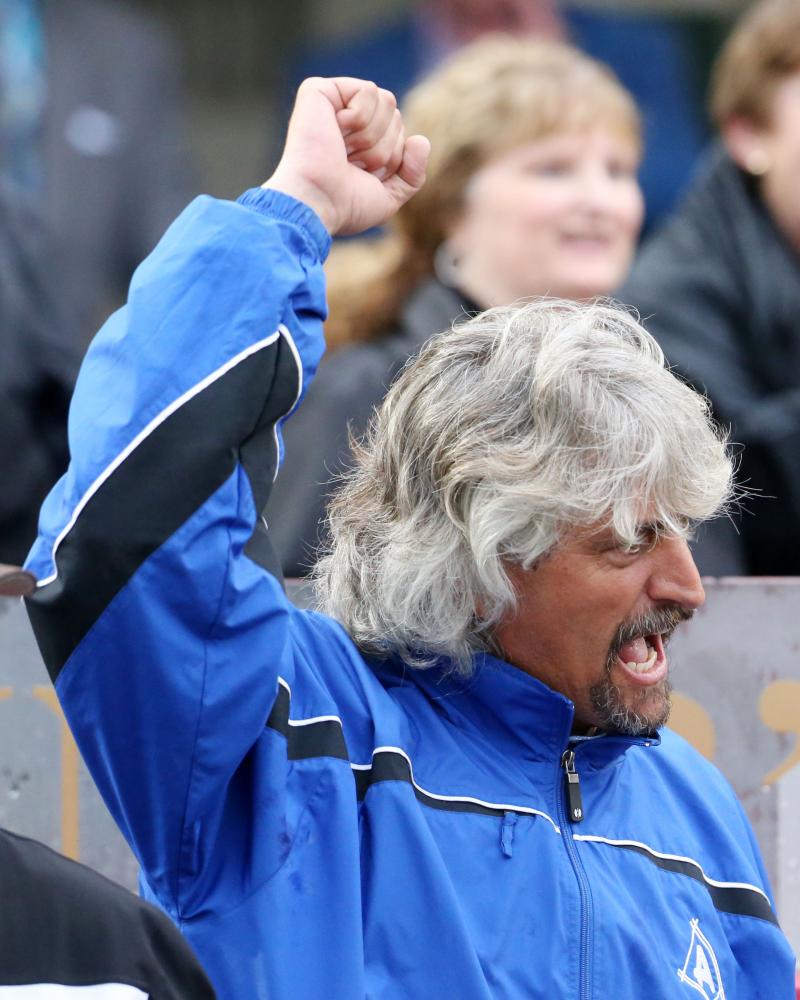 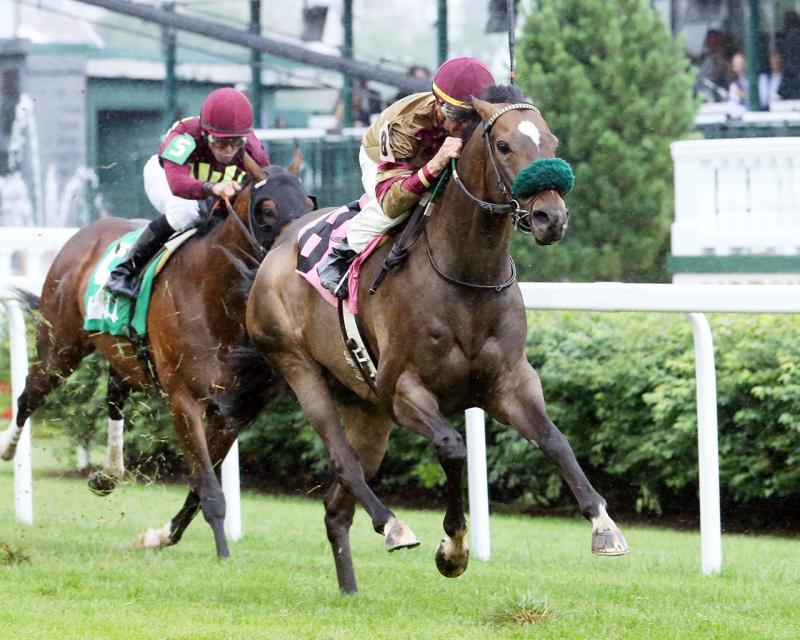 Kirk and Judy Robison’s Buy Sell Hold held off a late bid from Amberspatriot by a neck to win the 24th running of the $100,000 Kentucky Juvenile for 2-year-olds.

Trained by Steve Asmussen and ridden by Florent Geroux, Buy Sell Hold covered the five furlongs on a “good” main track in :58.33.

Favored McErin broke on top but was joined on the far turn by Buy Sell Hold. The two raced as a team until deep stretch when Buy Sell Hold inched clear with Amberspatriot rallying for second to finish a nose in front of McErin.

The victory was worth $60,140 and increased Buy Sell Hold’s earnings to $96,140 with two victories in two starts. Buy Sell Hold is a Kentucky-bred daughter of Violence out of the Unbridled’s Song mare Melody Lady.

Waki Patriot finished another two lengths back in fourth and was followed in order by Trickizar, Chateau, Just Be Frank and Go Chiva Go.Baytown Lex did not finish.

One race prior to the Kentucky Juvenile, Nelson McMakin’s Pleuven (FR) won the 12th running of the $56,400 Opening Verse overnight stakes by 2 ½ lengths.

Trained by Phil Sims and ridden by Corey Lanerie, Pleuven covered the mile on a “good” turf course in 1:36.15.

Take the Stand set the pace and remained in control until Pleuven roared past at midstretch and drew off.

It was another three-quarters of a length back to Western Reserve, who was followed in order by Black Sea (FR), One Mean Man andMonster Bea.

Florent Geroux (rider of Buy Sell Hold, winner) – “She’s very nice. She’s well-bred and well-behaved. That’s why she won today. She broke sharp and got herself into a good position despite the post. She showed a lot of heart and ability today.”

Steve Asmussen (trainer of Buy Sell Hold, winner) – “She’s a very special filly. The second dam is Lady Tak, one of my favorite horses of all time and a millionaire. This filly started out at my dad’s place in Laredo, Texas, and he did a phenomenal job with her. She came over for only her second race and acted very professional and was ready to go.”

Paco Lopez (rider of Amberspatriot, runner-up) – “It was a tough trip, but she ran good. I wanted to come from second or third like last time and win, but I wound up taking a hold in the stretch and then going a little wide. She didn’t run much in the beginning and maybe it was my fault for taking her out late or her going wide, but I thought she was best.”

Julio Garcia (rider of McErin, third) – “She missed the break; that didn’t help. I had to use her and she got tired late. She’s a fast filly but I think she will go better on turf.”

Corey Lanerie (rider of Pleuven, winner) – “After we broke I could see the two horses on the lead going fast. We just decided to stay inside of them and try to get my horse to relax. Once I got him outside, he just took off.”

Phil Sims (trainer of Pleuven, winner) – “The Wise Dan (June 17) will be the next logical start. He won it last year. He loves the soft going. He’s a French-bred, so the weather was not a concern. He’s just a hard-knocking little horse.”

Jose Lezcano (rider of Take the Stand, runner-up) – “He ran a good race and I got a very good trip. I got a little pressure from (Western Reserve), but he kicked on and then we got caught. The winner is a nice horse.”

Bill Mott (trainer of Take the Stand, runner-up) – “I thought he ran well. It was softer ground, but the main thing is that it was a big improvement over his last race. He went to fast (last time) and he got pressed today as well, but it was an OK race.”

Brian Hernandez Jr. (rider of Thatcher Street, third) – “I had a great trip and my horse ran his race. The two that finished in front of us ran their races too.” 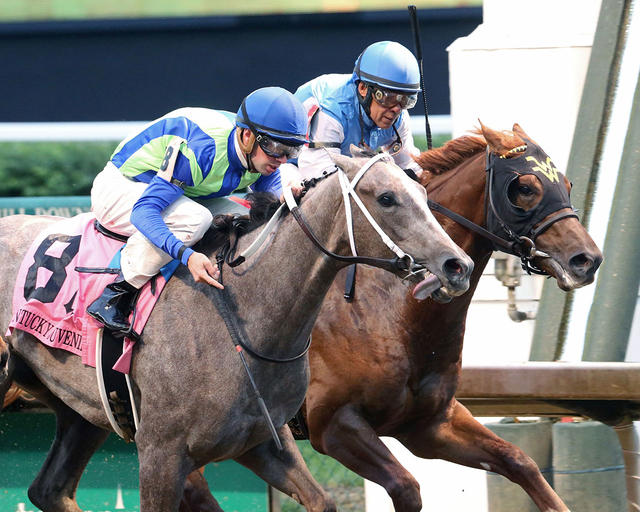