A total of 26 stakes races cumulatively worth $8.31 million will be offered at Churchill Downs during its upcoming September and Fall meets.

Additionally, the Road to the Kentucky Derby and Kentucky Oaks series will kick-off Saturday, Sept. 17 with the $300,000 Iroquois (GIII) and $300,000 Pocahontas (GIII), respectively. Both races also will award points on the Breeders’ Cup “Dirt Dozen” series for their respective divisions.

Churchill Downs 133rd Fall Meet, which follows Keeneland’s four-week Oct. 7-29 stand in Lexington, is anchored by the $750,000 Clark presented by Norton Healthcare (GI). The 1 1/8-mile test for 3-year-olds and up on “Black Friday,” Nov. 25 annually lures some of the top horses in North America and is the centerpiece of nine stakes races scheduled over Thanksgiving weekend.

Two-year-olds with aspirations of making next year’s Kentucky Derby presented by Woodford Reserve and Longines Kentucky Oaks will be prominently featured twice during the Fall Meet as part of the 18th annual “Stars of Tomorrow” program. The $200,000 Street Sense (GIII) and $200,000 Rags to Riches for fillies highlight opening day on Sunday, Oct. 30. The $400,000 Kentucky Jockey Club (GII) and $400,000 Golden Rod (GII) for fillies are part of the Road to the Kentucky Derby and Kentucky Oaks series on Saturday, Nov. 26.

An added feature to this year’s four-week Fall Meet will be the 24th renewal of the Claiming Crown Championship Series, which will be staged at Churchill Downs for the first time on Saturday, Nov. 12 – one week after the Breeders’ Cup at Keeneland. Open to claiming horses, the Claiming Crown features eight races with starter allowance conditions and a total of $1.05 million in prize money for some of the most competitive, blue-collar horses in the country.

Racing at Churchill Downs during the September Meet will be run exclusively on dirt to allow the new Bermuda-hybrid turf course to continue to mature to its ultimate potential. Turf racing is projected to return for the Fall Meet.

All purses, including claiming races, include prize money from the Kentucky Thoroughbred Development Fund. 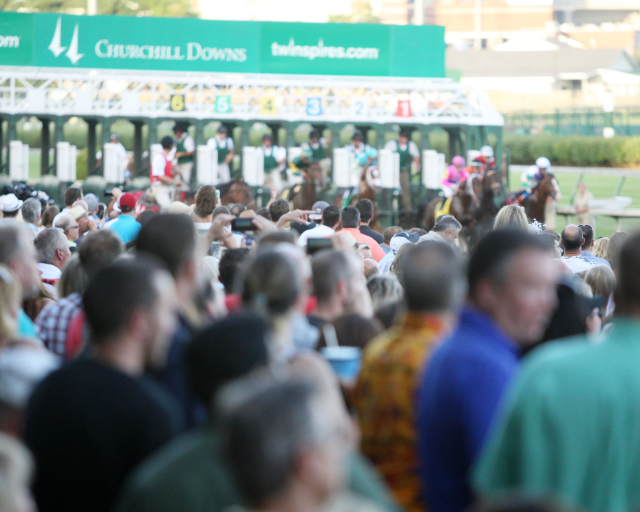