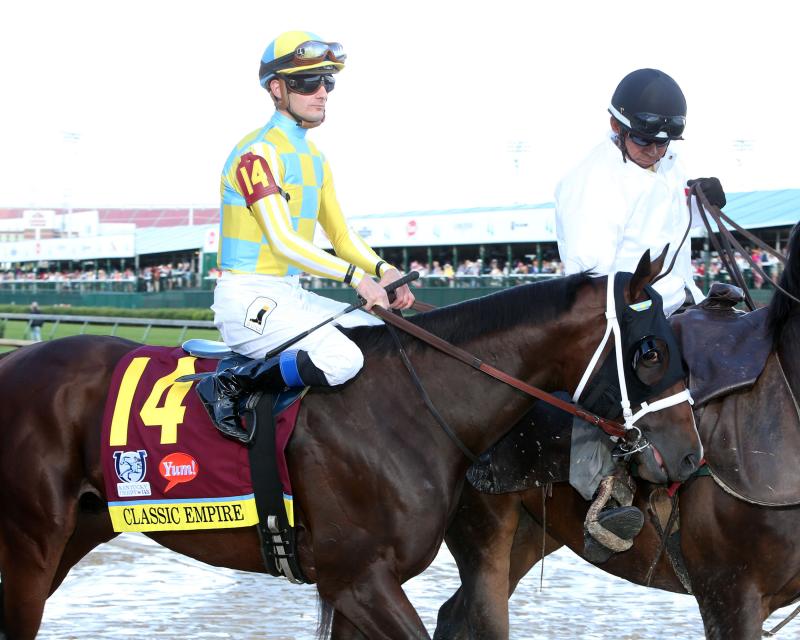 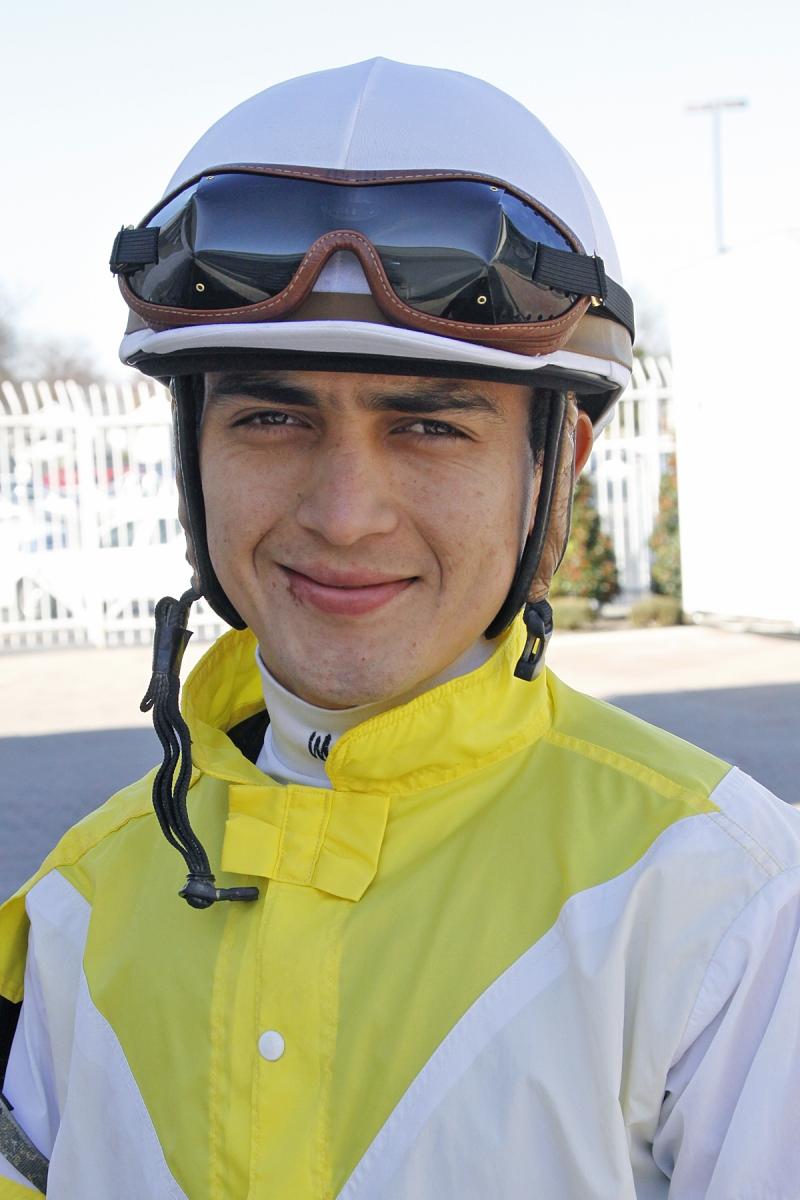 Jockey Miguel Mena is being praised by fellow riders and racing officials for quick action following a mishap in which a fellow rider unseated durin a Saturday race. (Churchill Downs) 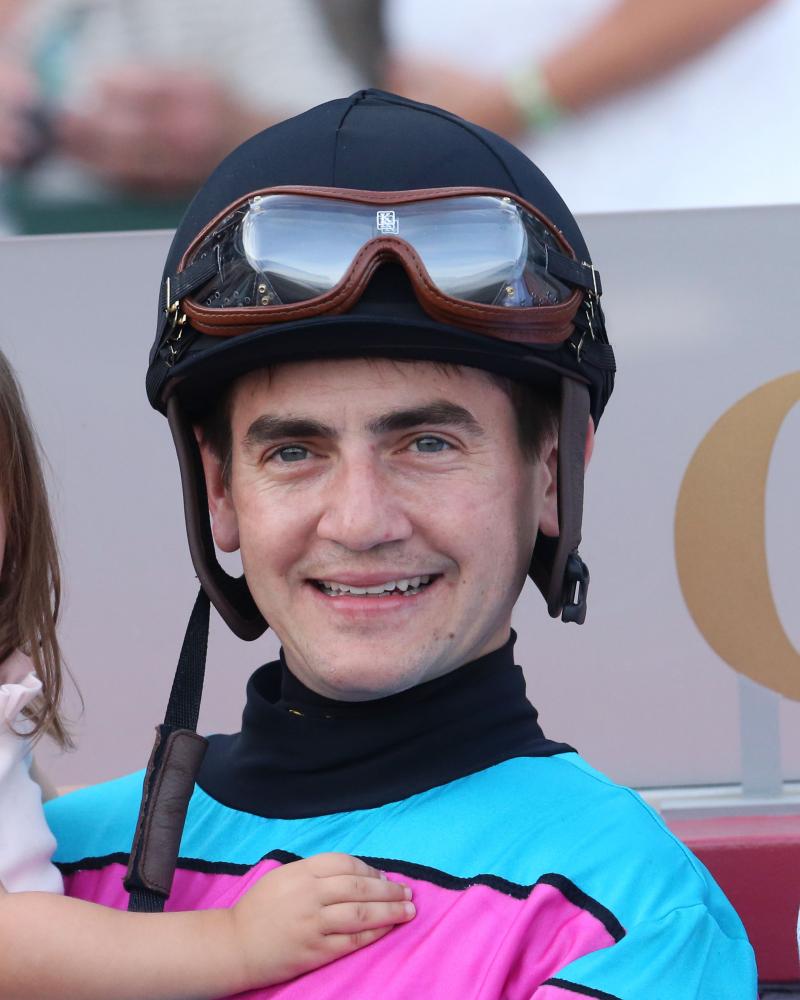 John Oxley’s Classic Empire completed his Preakness Stakes preparations at Churchill Downs with a gallop over the main track on Sunday morning. The Kentucky Derby fourth place-finisher is scheduled to depart Barn 36 on Sunday at 5 p.m. (all times Eastern) for a van ride to Pimlico Race Course.

“He’s been doing great,” assistant trainer Norm Casse said. “Coming out from the Derby he really wasn’t that tired. We dealt with the small issue in his eye but he’s been doing very well out of the race.”

Classic Empire’s major training for the Kentucky Derby was hampered this winter when the colt refused to train on multiple occasions. Casse made the decision to bring in exercise rider Martin Rivera from their farm in Ocala, Florida to work out the kinks with the 2-year-old champion. Since then, Rivera hasn’t left Classic Empire’s side.

“He’s a happy horse,” Rivera said. “He’s been doing better each day of training and feels great moving over the track.”

Rivera galloped Classic Empire 1 ½ miles Sunday at 6 a.m. and immediately jumped in his car to drive to Pimlico prior to the colt’s arrival later this evening.

“We’re all excited to give Classic Empire another shot in the Preakness,” Casse said. “His trip was compromised in the Derby after the start and hopefully we’re in a much better spot going into the first turn next Saturday then we were in the Derby.”

Lookin At Lee was a fast-closing second in the Kentucky Derby, which gave jockey Corey Lanerie the feeling he was a Derby winner.

“Turning for home I thought we were going to win the race,” Lanerie said. “I kept him close to the rail which was playing the best throughout the weekend and once the speed started backing up we were in the perfect position. I’ve tasted what it’s like to think we are going to win the Kentucky Derby. Now hopefully we can get the job done in the Preakness.”

Asmussen’s other hope is Sunland Derby (GIII) winner and 11th place finisher in the Kentucky Derby, Hence. The 3-year-old son by Street Boss will be ridden again by jockey Florent Geroux, who is excited to give it another try in the second jewel of the Triple Crown.

“In the Derby I sat behind Corey (Lanerie) because I could see he was loaded with horse,” Geroux said. “I thought I’d follow him throughout the turn but my horse didn’t really respond to the track like his. Hopefully with a better track we can run well.”

Both horses are scheduled to arrive at Pimlico on Tuesday.


FRANCO OUT SIX TO EIGHT WEEKS WITH BROKEN WRIST – Jockey Geovanni Franco is expected to miss six to eight weeks with a fractured wrist after being displaced from his mount, Marine Pilot, in Race 8 at Churchill Downs on Saturday, according to his agent James Giannone.

Franco, a native of Mexico, rode at Oaklawn Park this winter prior to coming to Kentucky for the Spring Meet.

Marine Pilot dropped his rider Giovanni Franco when he appeared to clip heals with another rival as horses exited the first turn and headed into the backstretch. As a result, the reins were dangling loose in front of Marine Pilot’s front legs as he continued on rider-less in mid-pack.

“I could see the reins dangling beneath him,” jockey Brian Hernandez Jr., rider of ninth-place finisher Dattts Our Guy, said. “I told Miguel ‘Watch out for that horse. His reins are going everywhere.’”

Mena, who was rallying on the outside under Archangel Rose, rode up along the side of Marine Pilot at the three-eighths pole and, amazingly, flipped the reins back over Marine Pilot’s head with his left hand to prevent the reins from getting tangled in the horse’s legs.

“He was a true hero,” Kentucky Horse Racing Commission Chief Steward Barbara Borden said. “It was an amazing display of horsemanship done with the safety of the horses and his fellow riders in mind.”

“Luckily everything worked out,” said Mena, who went onto finish second beaten only three-quarters of a length by Star Cross. “My horse ran a very good second and if I didn’t get the reins back on the loose horse, he could’ve tripped and fell.”

Marine Pilot was corralled after the race by Churchill Downs’ outriders and returned safely to trainer John Ortiz’s barn.

“It was a great day,” Hernandez said. “It’s always fun to get on a roll like that. Hopefully we can keep the streak going.”

Hernandez piloted the first two winners on Saturday’s card: Tarpy’s Surprise ($8) and Miss Cobblestone ($15.60). In the fifth race, the Louisiana native rode Fifth Title ($12.60) to a ½-length victory on the turf and continued his winning ways in the seventh, which gave trainer Tim Glyshaw his 400th career victory with Louies Flower ($12.40).


MEMORIAL SERVICE FOR TRAINER LYNN WHITING SET FOR MONDAY AT 2 P.M. – The memorial service for late Kentucky Derby-winning trainer Lynn Whiting has been set for Monday (May 15) at 2 p.m. EDT and will be held in Churchill Downs’ Triple Crown Room in the Jockey Club Suites.

Saturday will be the first time that the Matron Stakes will be run at Churchill Downs. It was previously run at Arlington Park.


WORK TAB – There were 86 horses on Churchill Downs work tab Sunday morning headlined by the speedy Whitmore, who recorded a bullet work for trainer Ron Moquett, clipping through a half-mile in :46.40. … Ben Ali (GIII) runner-up Eagle breezed four furlongs in :48.20 for trainer Neil Howard. … Southwest (GIII) runner-up Petrov worked a half-mile in :48.80. … Kentucky Oaks (GI) ninth-place finisher Ever So Clever had an easy half-mile maintenance work in :51 for trainer Steve Asmussen. … There were four horses who breezed on the Matt Winn Turf Course at 9:30 a.m. with American Oaks (GI) runner-up Sassy Little Lila working the fastest of the group with a half mile in :48.80. … For the full Churchill Downs work tab, click here: https://www.churchilldowns.com/horsemen/racing/workouts.