Classic Empire, who lost Saturday’s Preakness Stakes by a head two weeks after finishing fourth in the Kentucky Derby Presented by Yum! Brands, is scheduled to begin his preparations for the June 10 Belmont Stakes with a Friday morning jog at Churchill Downs.

“We are really proud of his Preakness effort,” assistant trainer Norm Casse said. “He came out of the race in great shape and we’re excited to get him back to training.”

The Casse’s are unsure as to when Classic Empire would ship to New York or if he would breeze at Churchill Downs or Belmont.

“We’ll have to look into the plane schedule,” Casse said. “We have a lot of horses at our Churchill division who will run in stakes races that weekend, so there are some logistical questions we need to figure out first.”

After encountering trouble at the start of the Kentucky Derby and running 12 lengths off of the early pace at the half-mile pole, Classic Empire was forwardly placed in the Preakness tracking Derby winner Always Dreaming. Classic Empire opened a three-length lead at the top of the stretch but was caught in the final stages by Cloud Computing.

J Boys Echo, who also is based at Churchill Downs, added his name to the Belmont probable field. Owned by Albaugh Family Stables and trained by Louisville-native Dale Romans, the 3-year-old son of Mineshaft finished 15th in the Derby. 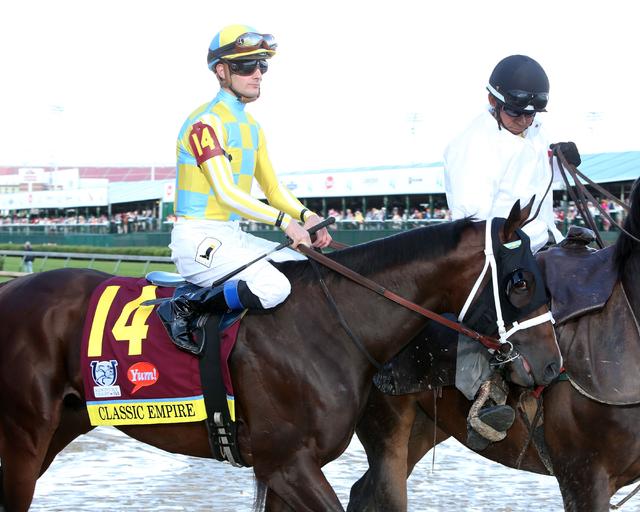