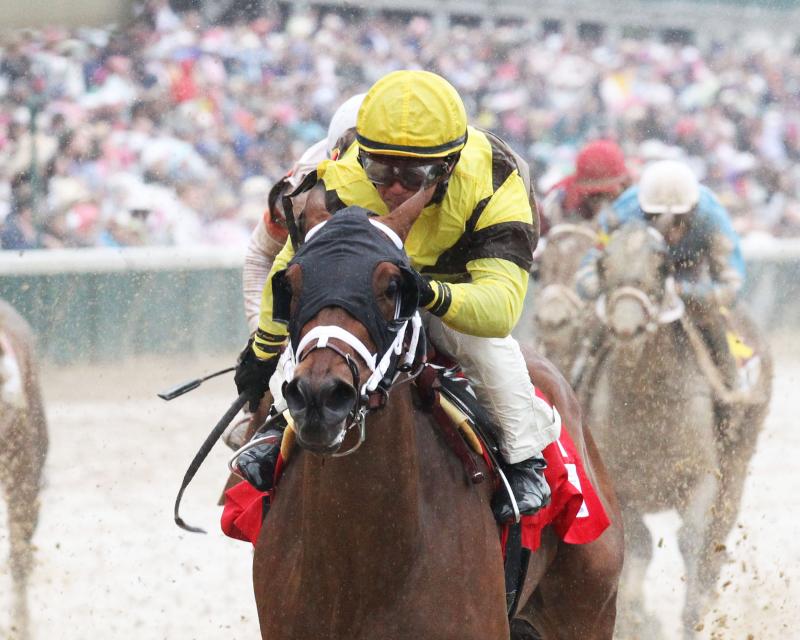 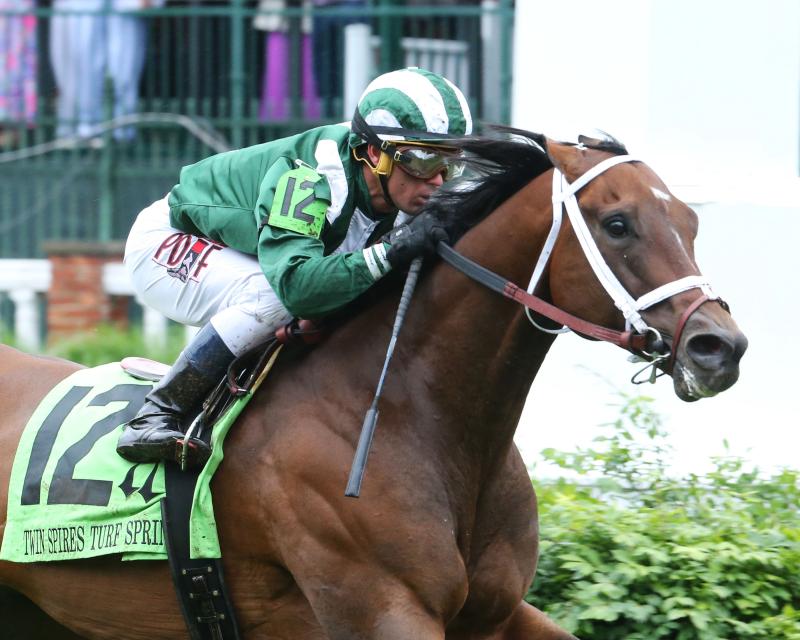 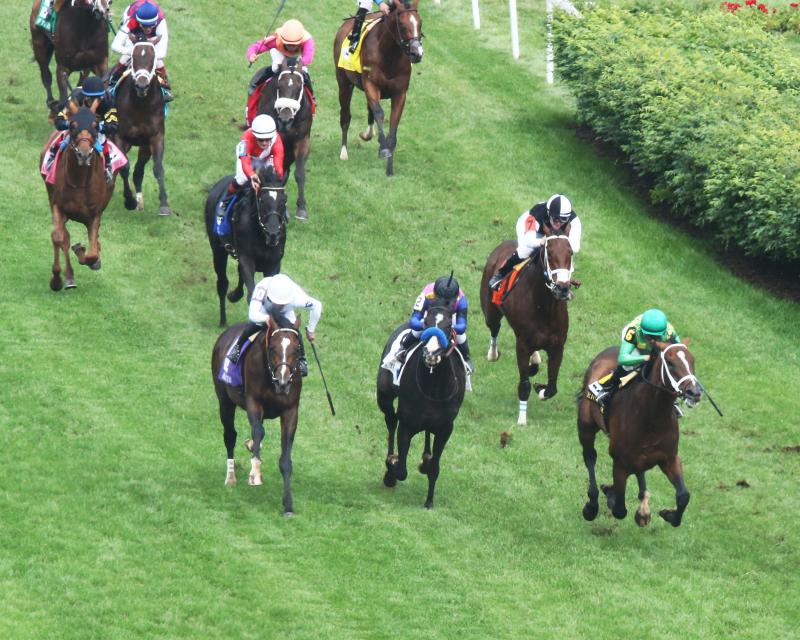 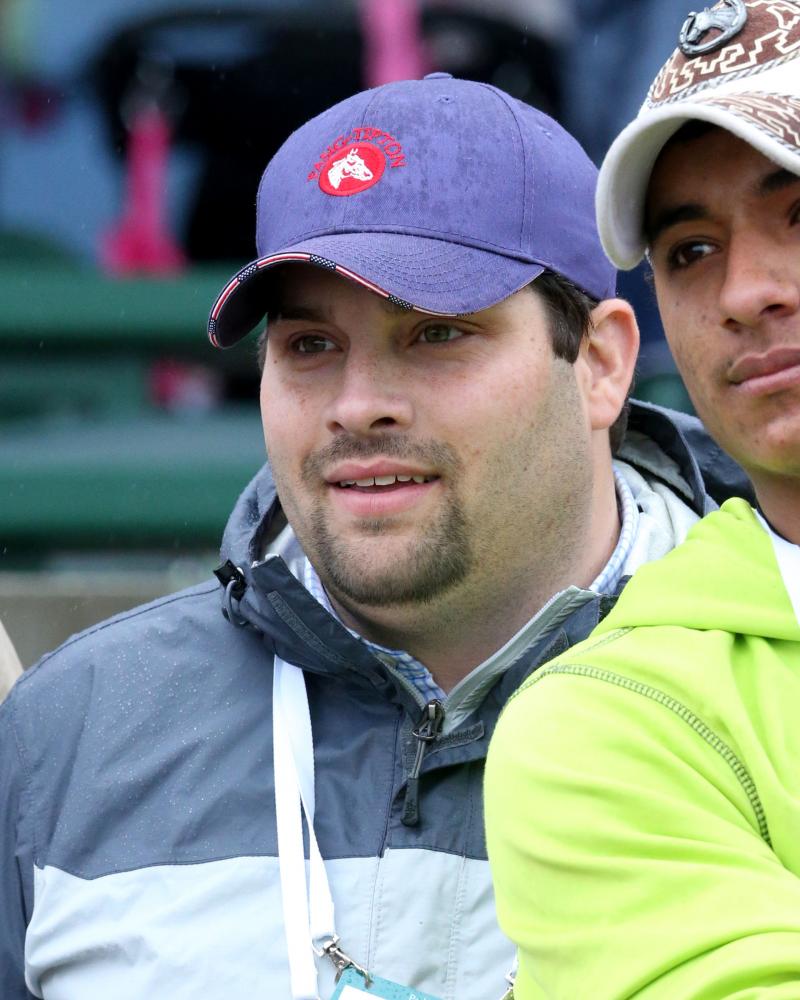 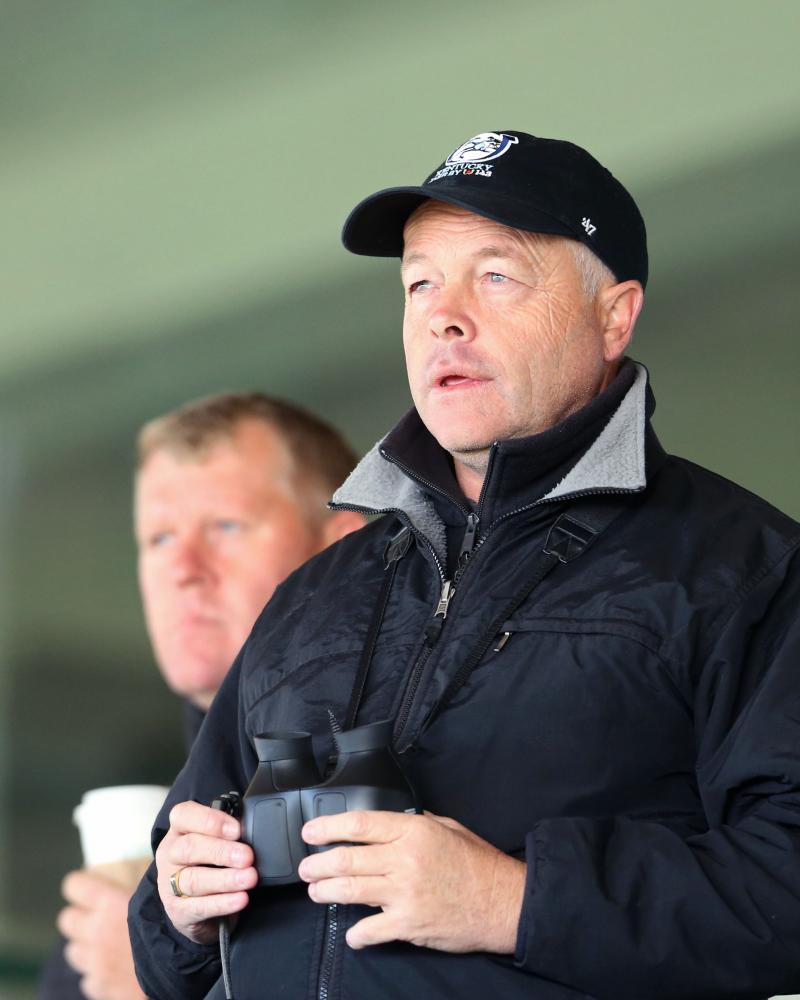 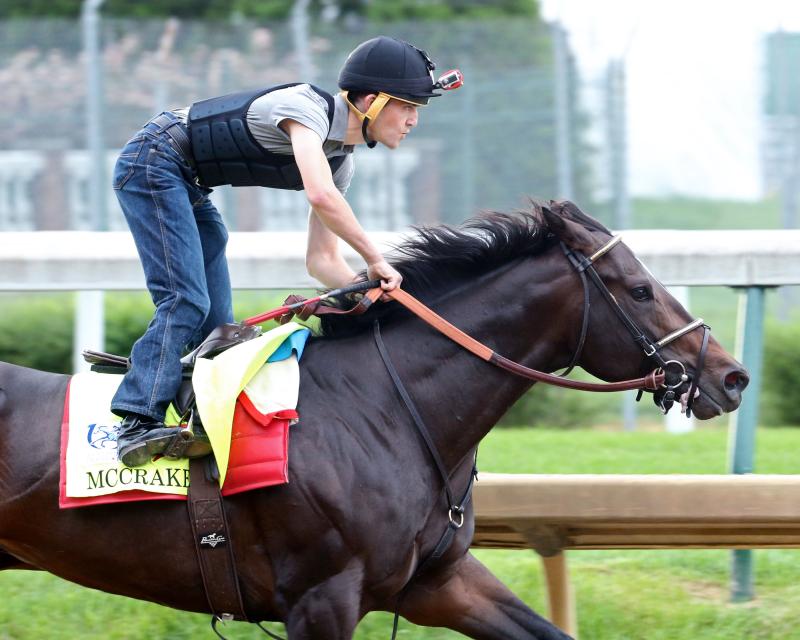 “I’m very proud of what our whole stable accomplished,” Cox said. “It was nice to be able to do so well Derby week but we need to keep the momentum rolling. This is our home track so it’s always good to win at home.”

Cox is planning to run all three stakes winners at Belmont Park for their next start.

The Acorn and Jaipur are on the undercard of the June 10 Belmont Stakes (GI) program.

“I never really expected Arklow to run that big,” Cox continued. “It was a huge step forward for him only having one prior on the grass. I’d love to run him in the (July 8) Belmont Derby (GI) which could eventually lead to the Secretariat (GI) at Arlington Park.”

Cox was tied at the top of the trainer standings with Steve Asmussen and J.R. Caldwell with five victories through the first eight days of the 38-day Spring Meet.

Classic Empire, off of his troubled fourth-place finish in the Grade I, $2 million Kentucky Derby Presented by Yum! Brands, galloped 1 ½ miles with regular exercise rider Martin Rivera. The son of Pioneerof the Nile will have one more day of training at Churchill Downs before vanning to Pimlico Race Course on Sunday afternoon.

Trainer Steve Asmussen’s duo of Lookin At Lee and Untrapped galloped Saturday morning just before the renovation break and are expected to breeze Monday morning at Churchill Downs before shipping to Pimlico on Tuesday.

WILKES SEEKS REDEMPTION FOR McCRAKEN – A week removed from a disappointing eighth-place finish in the Kentucky Derby, Janis Whitham’s McCraken is expected to return to the track Sunday morning, according to trainer Ian Wilkes.

“He’s doing fine,” Wilkes said. “He suffered a puncture wound to his left hind leg after getting banged around at the start. I was conservative with him for the last couple of days but we will return to the track on Sunday.”

McCraken was the 6-1 third choice in the Kentucky Derby but Wilkes is confident the son of Ghostzapper will bounce back.

“We’ll live to fight another day,” Wilkes continued. “I thought he made a tremendous move in the race. As soon as I saw Brian (Hernandez Jr.) ask him to go, I thought to myself, ‘Here we go, we’re going to be right there.’ Then, he flattened out. I need to figure out why.”

Wilkes has tabbed the June 17 Matt Winn (GIII) on the Stephen Foster (GI) undercard as McCraken’s next target.

MEMORIAL SERVICE FOR TRAINER LYNN WHITING SET FOR MONDAY AT 2 P.M. – The memorial service for late Kentucky Derby-winning trainer Lynn Whiting has been set for Monday (May 15) at 2 p.m. EDT and will be held in Churchill Downs’ Triple Crown Room in the Jockey Club Suites.

DOWN THE STRETCH – Clairenation, who was the 4-1 second choice in Saturday’s Unbridled Sidney, scratched and is expected to return in allowance company in the next couple weeks. … The Single 6 Jackpot was hit Friday by one winning ticket for $7,241.78. The jackpot will start over Saturday. … Julien Leparoux will ride the Tom Albertrani-trained Sadler’s Joy on Saturday at Belmont Park in the $400,000 Man o’ War (GI). He also will pilot the Arnaud Delacour-trained Hawkmoor (Ire) in the $150,000 Beaugay (GIII) – her first race since finishing sixth in last fall’s Mrs. Revere (GII) at Churchill Downs. … Nominations for the Louisville Handicap (GIII) and Matron (GIII) closed Wednesday and are available here: https://www.churchilldowns.com/horsemen/stakes/nominations/. Both races headline next Saturday’s 11-race card at Churchill Downs. … Churchill Downs is offering free General Admission for all mothers on Sunday for Mother’s Day. Limited dining tickets are also available at www.churchilldowns.com. 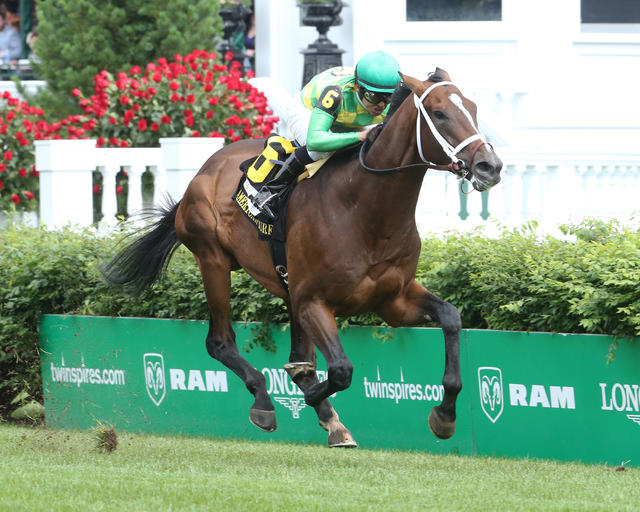