The six furlong Aristides goes as Race 9 with a post time of 4:55 p.m.

Trained by Greg Foley, Bango won last year’s Aristides by a half-length over Long Range Toddy and Sir Alfred James. He’s set to face Long Range Toddy once again in this year’s event. Most recently, the 5-year-old son of Congrats finished fourth in the $160,000 St. Matthews Overnight Stakes which was his first start in nearly six months. Bango has recorded six of his eight wins beneath the historic Twin Spires. Leading rider Tyler Gaffalione has the call from post 1.

Michael, Patricia and Taylor Freeny and Jennifer Grayson’s Bob’s Edge is another top contender in the Aristides after his victory in the March 19, $200,000 Whitmore Stakes (GIII) at Oaklawn. Trained by Larry Jones and ridden from post 5 with Adam Beschizza, the fleet-footed Bob’s Edge cruised to a 2 ¾-length win to begin his 4-year-old season in the $150,000 King Cotton. He entered the Aristides following a disappointing fourth-place effort behind top sprinter Jackie’s Warrior in the $500,000 Count Fleet Handicap (GIII).

4 G Racing’s St. Matthews Stakes winner Top Gunner will attempt to notch his third consecutive win for trainer John Ortiz. The 5-year-old son of Into Mischief has only missed the board in three starts and has amassed a record of 14-5-3-3 with $344,493 in purse earnings. Ortiz claimed Top Gunner for $30,000 from trainer John Sadler last March at Oaklawn. Rey Gutierrez will have the return call and drew post 6.

Wagering is available for the Aristides Stakes and every race from Churchill Downs on www.TwinSpires.com, the official wagering provider of Churchill Downs Incorporated and the Kentucky Derby. 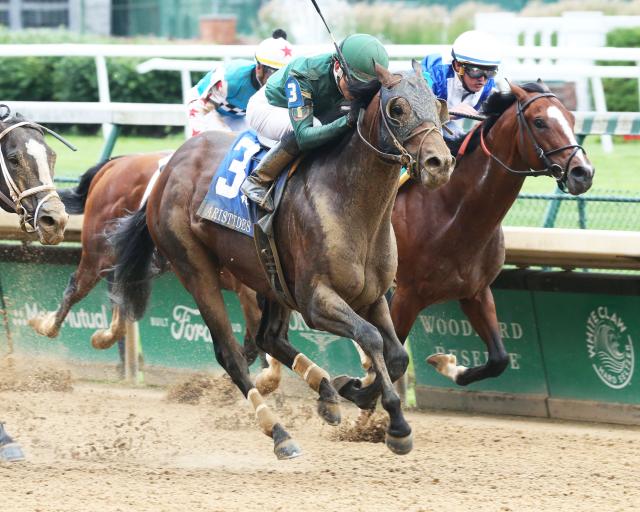