'Divine Intervention' Could Have Helped Mr. Wireless Get His Nose Down in Front in Friday Allowance Victory

It was a sentimental win Friday at Churchill Downs for Jon Lapczenski and JIL Stable’s Mr. Wireless. Just days before his allowance victory, his co-owner/breeder John Kerber passed away at age 86.

Kerber, who died Nov. 5 in his native Iowa, was able to make one final trip to Keeneland in October to see Mr. Wireless. Kerber co-owned and bred the former Indiana Derby (GIII) and West Virginia Derby (GIII) winner with his wife, Iveta, and raced under the JIL Stable designation.

“He was just a nice man who loved his horses,” trainer Bret Calhoun said. “He’d been sick for a few years and I think every time he’d have a horse run he’d seem to heel up. It was pretty amazing to see how his horses kept him going. A couple years ago we had some horses down at Oaklawn and one of his was running. His family had a hard time trying to even get him from Iowa down to Hot Springs. We wheeled him down to the apron to watch the race and when we won I think he jumped out of that chair in the winner’s circle and we could never get him back in it. I think we may have had a little divine intervention yesterday to help Mr. Wireless get his nose down in front.”

Kerber managed Kerber Milling Company, along with his brother, Phil, who took over the business that was founded by their father, Fred, in 1922. The mill was later developed into a livestock feed company and was transformed to Hawkeye Sow System. According to his obituary, Kerber was able to watch the Breeders’ Cup in the afternoon prior to his death.

Mr. Wireless, with jockey Deshawn Parker in the saddle, got his nose down in front of pacesetter Here Mi Song and a fast-closing South Bend in Friday’s one-mile allowance event. The 4-year-old gelded son of Dialed In improved his overall record to 12-6-1-1 with earnings of $850,907.

Calhoun stated after the race that Mr. Wireless is likely headed back to stakes company at Fair Grounds. 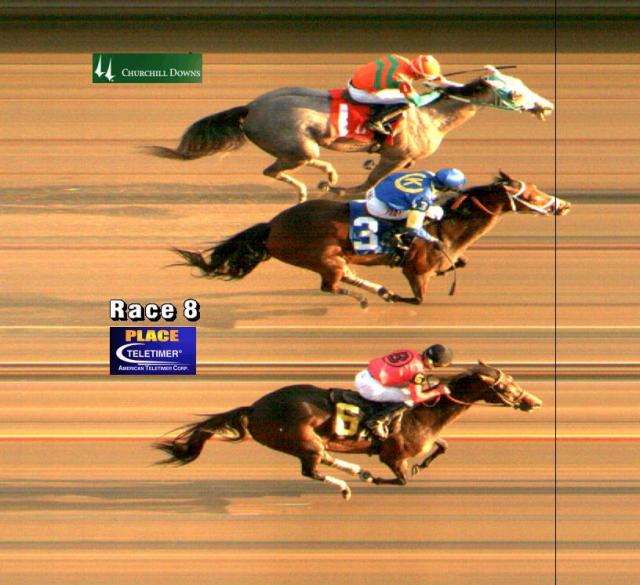