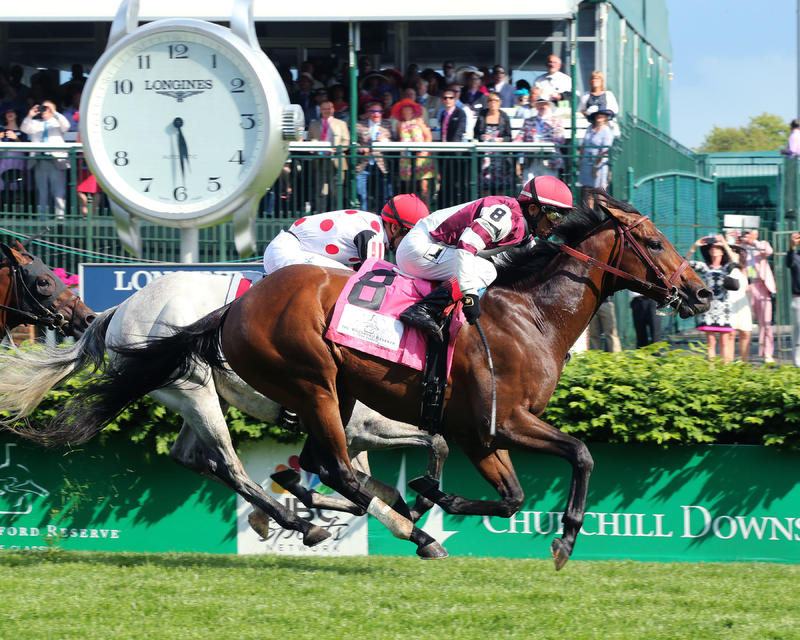 Gunpowder Farms’ Divisidero outgamed World Approval by a neck to win the 29th running of the $500,000 Woodford Reserve Turf Classic (GI) for 4-year-olds and up.

Trained by Buff Bradley and ridden by Edgar Prado, Divisidero covered the mile and an eighth on a firm Matt Winn Turf Course in 1:47.37.

Midnight Storm led the way through fractions of :23.09, :46.32 and 1:10.90 with Bolo in closest pursuit. On the far turn, World Approval went after Midnight Storm with Divisidero following right behind.

Divisidero and World Approval hooked up in the upper stretch and dueled the majority of the lane before Divisidero eased away in the final yards.

Tourist finished fourth and was followed in order by Big Blue Kitten, Danish Dynaformer, Midnight Storm, Reporting Star, Chocolate Ride and Bolo. Triple Threat (FR) and Kasaqui (ARG) did not finish following a spill in the far turn. Both horses were taken by their grooms back to the barn.

Edgar Prado (rider of Divisdero, winner) – “He broke sharply, better than he usually does. He was also closer than usual but he was doing it so easy so I let him run. Then I took to the outside on the backstretch as that’s where he prefers to be. And when I asked him for run, he responded nicely. It was very nice race for him.”

Buff Bradley (trainer of Divisidero, winner) – “I love winning on Derby Day. He’s a really special horse. We felt really confident coming into this race. We’re realistic. We knew this was a good bunch of horses. He’s a terrific horse and I think he’s going to show what kind of horse he is this year. Edgar (Prado) thought he’d be closer. We felt he could lay a lot closer. Edgar thought there wasn’t as much speed in here. We felt like when we got to this distance we’d let him run his race. Edgar did just a beautiful job. Edgar is our man. Once we get a jock who gets along with a horse and fits a horse, we stick with him.”

Julien Leparoux (rider of World Approval, runner-up) – "He ran a big race. He put me in the race a bit more today. He was fighting in the straight. The winner is a nice horse, too. But he ran good."

Irad Ortiz Jr. (rider of Slumber, third-place finisher) – “We saved ground, but we had to wait a little longer. He was coming late. He may have needed the race, we’ll see next time.”

Chad Brown (trainer of Slumber, third and Big Blue Kitten, fifth) – “He (Big Blue Kitten) ran like a horse that needed a race. He hadn’t started since the Breeders’ Cup (Oct. 31). Slumber ran a terrific race. If he hadn’t gotten stopped on the turn, I think he might have won it.” 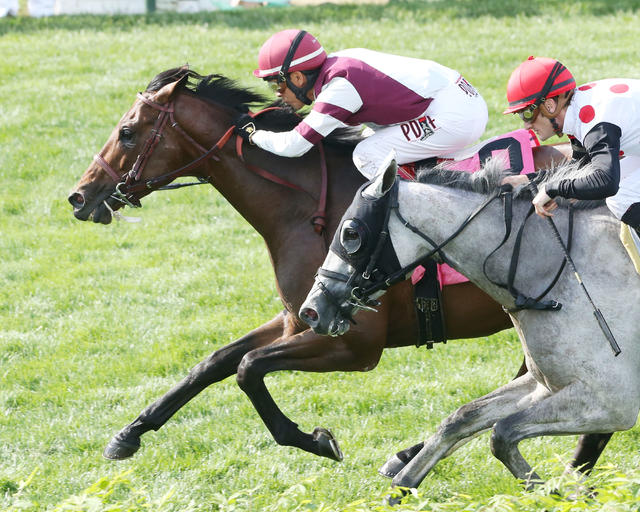