Dream Lith put in a wide rally and wore down pacesetter Yuugiri in deep stretch to win Saturday’s 78th running of the $400,000 Golden Rod (Grade II) at Churchill Downs by one length. Sandstone, the 4-5 favorite, was another 3 ¼ lengths back in third.

Yuugiri, who added blinkers for the race, went straight to the front and led the way through fractions of :24.04, :47.95 and 1:12.85 with Sandstone on her right hip and Cancel This and Famed up close as well. Dream Lith, who also added blinkers to focus, was rated in sixth in the clear down the backstretch and commenced her winning move around the far turn.

Sandstone drew closer to Yuugiri at the top of the stretch but the leader kicked on as Dream Lith powered home down the center of the track. Dream Lith, with a four-wide move, continued to rally and surged past a stubborn Yuugiri inside the final sixteenth of a mile for the win.

“I got her into a comfortable rhythm early in the race and just let her do her thing,” Vasquez said. “I knew I had a lot of horse and I was confident she’d be able to fight with (Yuugiri) in the stretch. She’s a very nice filly and has a good future in front of her.”

Behind Sandstone, the 10 ¾-length winner of the $200,000 Rags to Riches on Oct. 31, it was champion Essential Quality’s half-sister Famed, Secret Oath, Code for Success, Cancel This and Hal’s Dream.

Dream Lith is a daughter of Medaglia d’Oro out of the Street Cry (IRE) mare Elle Sueno and was bred in Kentucky by Southern Equine Stables LLC. 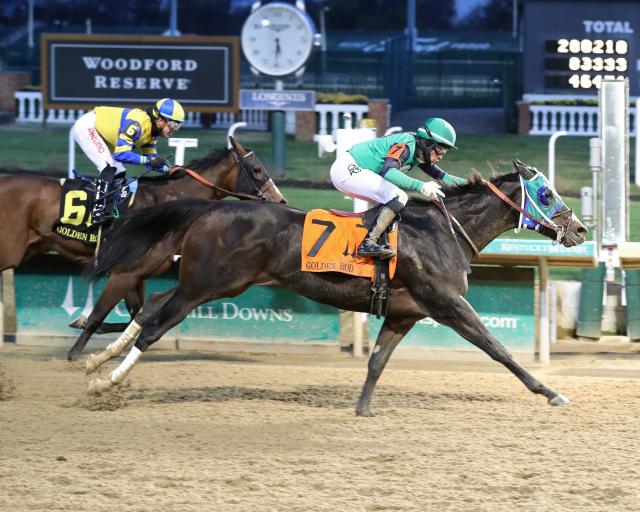