Simms, a former assistant to trainer Dale Romans, began his training career in 2017 and has a small stable based at Trackside Louisville, Churchill Downs’ training facility located approximately three miles from the historic Louisville racetrack. A native of North Dakota, Simms spent a majority of his childhood and college career in Virginia prior to joining the Army in 2011.

“Dreams do come true,” Simms said. “Just trust the process, pray and keep grinding. It was an awesome night winning this race at Churchill in front of so much of my family and friends. It means the world to have this much support for our stable. I was actually feeling under the weather most of the night but I felt so much better after the win.”

Kaziranga was a former $50,000 claim who was transferred to Simms’ care in late April. The gelding bested a field of eight competitors in a conditioned starter allowance race by 1 ¾ lengths as the 5-2 favorite.

Simms began his career in the Army as a Brigade Assistant Intelligence Operations Officer and traveled to Korea for a year. While in Korea he would go to the racetrack with local soldiers. Simms would pick out the horses to bet and the soldiers would help translate the program.

In 2013, Simms was deployed to Afghanistan and served as an Intelligence Officer in the 3rd Brigade, 1st Infantry Division. After returning to Kentucky in 2014, Simms began working at GE and helping Romans in the mornings at Churchill Downs.

“Dale and his assistant, Baldemar (Bahena), have taught me so much about horse racing.” Simms said. “They have been extremely supportive of my career.”

GETTING TO KNOW NORM CASSE – In the first part of a weekly series that will run Sundays in the month of June, we get to know jockeys and trainers in their life outside of the racetrack. Each week will feature a different jockey or trainer. Today will feature trainer Norm Casse.

Casse was the longtime assistant to his father, Mark, until branching on his own in 2018. Currently, Casse has horses stabled at Churchill Downs and Keeneland. Casse, who is married to TVG analyst Gabby Gaudet, was a graduate of Bellarmine University where he played baseball. Casse and Gaudet live in Louisville with their dog Waylon.

Q: When you were in high school or college, where did you go on spring break?

A: I always went to Florida and places involved with baseball. I never went anywhere crazy or did anything crazy but it always involved baseball.

Q: What is your favorite karaoke song?

A: Well, when I like to grill out I definitely enjoy a cold beer. It can change at times but more than likely it will be beer.

A: Wagner’s. There’s no other choice out there.

Q: Who is your favorite superhero?

A: Definitely the Ninja Turtles. Turtle power all the way.

Q: Who is your favorite WWE superstar?

A: Bret “The Hitman” Hart

Q: If a horse runs poorly and someone interviews you after the race, what is your favorite “trainer speak” to use after the race?

A: Luckily, so far, I haven’t been in a situation where I was in a race that a reporter needed a quote after the horse ran poorly. However, if I was ever put into that situation I would probably use the classic line, “They probable blew a shoe or something.” Although, the blacksmith may not be happy with me the next morning.

Q: What’s the worse excuse a jockey has given you after a poor ride?

A: Usually the jockeys I like to use on my horses don’t come back after the race with a poor excuse. That’s part of the reason why I like to use them so much. The other day I had a horse that had a bad ride and Julien Leparoux came back and the first thing he told me was he didn’t give the best ride. That’s why we ride him because he can attest to those things.

WORK TAB – While many locally-based trainers used Sunday as a “walk day,” or day off, after Saturday’s evening’s Downs After Dark Presented by Budweiser program, there were 90 horses with published workouts, including 12 horses that worked on the Matt Winn Turf Course.

Another horse likely to run in the $250,000 Wise Dan on June 15 is Ben Ali Stakes (GIII) winner Bourbon Resolution, who clipped through a five-furlong move in 1:00.20 on turf with jockey Chris Landeros aboard.

STAKES PROBABLES – Saturday’s 11-race program at Churchill Downs will feature the 43rd running of the $125,000 Old Forester Mint Julep (Grade III) at 1 1/16 miles on the turf for fillies and mares 3-years-old and up. The race is expected to feature 4-year-old filly Limari for trainer Brad Cox. Limari will be in search of her fifth-consecutive victory. Entries will be drawn Wednesday.

DOWN THE STRETCH – Jockey Julien Leparoux began Sunday’s 10-race card with 899 career wins at Churchill Downs. … There is a $26,155 carryover in the 20-cent Single 6 Jackpot on Sunday. The sequence will span Races 5-10. There also is a $1 Super Hi-5 carryover of $2,841. … Racing is set to continue Thursday for Twilight Thursday presented by Blue Moon. The evening will feature eight races with a post time of 5 p.m. along with $1 Blue Moon drafts, $1 domestic draft beer, food trucks, lawn games, one-on-one expert betting advice and live music on the Plaza Stage by Soul Circus 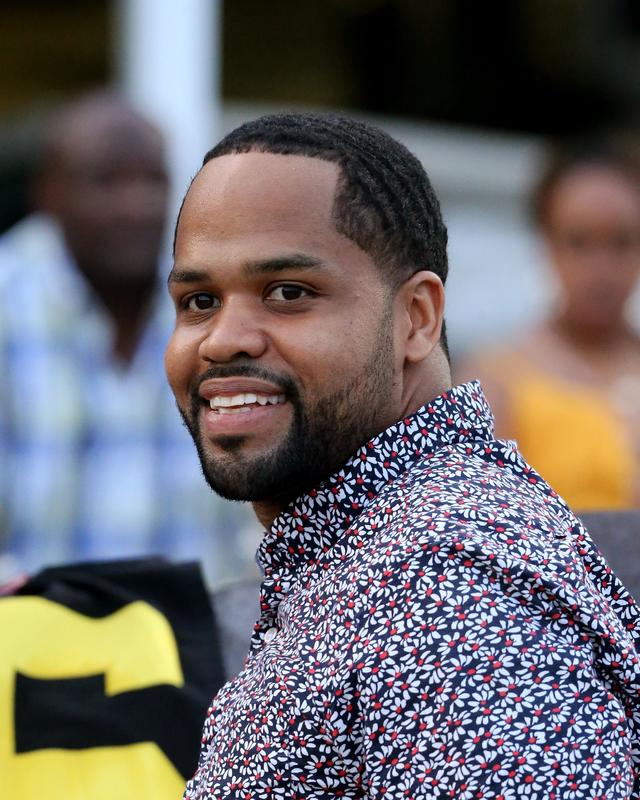