Through the back roads of rural Highway 42, just past Goshen, Ky., lies Skylight Training Center – the place trainer Tommy Drury has called home for more than 30 years.

Drury’s small stable of about 20 horses has primarily operated from Skylight – located 27 miles northeast of Churchill Downs – but has produced winning numbers comparable to some of the biggest trainers in the country.

“It’s so peaceful out here,” said Drury, as he watched his horses train from his office located just steps from the synthetic track. “I remember coming out to this same shedrow as a kid when my dad galloped horses out here for ‘Blackie’ Huffman.”

Drury followed in his father’s footsteps and began galloping horses while he split time training two horses on his own in the early 1990s.

“I had two horses that were just down the street at the old Van Berg Training Center that (Hall of Fame trainer) Jack (Van Berg) used to own,” Drury said. “I’d take care of those horses but would come over to Skylight to gallop for (trainer) Donnie Grego. At that time I had a really nice 2-year-old filly. It was probably the fall of her 2-year-old year when I thought she could be something special. So, I called her owner and said, ‘You may want to send this horse down to Florida because I think she’s grass and there aren’t a lot of opportunities in Kentucky during the winter. But, more importantly, she can run a little bit.’

“She ended up going to (Hall of Fame trainer) Bill Mott and he was so pleased with the way she came into his care that his then assistant, Ralph Nicks, called me and they ended up sending me several horses for layups after surgery or time off. My business essentially took off from there.”

Drury’s career has skyrocketed over the last decade with the 48-year-old conditioner winning at a 23 percent clip.

“I’ve had the great benefit over my career to have great owners send me horses for layups that turned out to be some of my most successful clients as a trainer,” Drury said. “Claiborne Farm, for example, has been extremely helpful when they would send me horses for layups or to keep with me in Kentucky. I’ve also been able to work with some great trainers like Bill Mott, Ralph Nicks and Al Stall Jr. when I have their horses in my care for layups. I can easily call them for advice or any questions I have.”

Multiple stakes winners and future stars have passed through Drury’s care at Skylight such as Departing, Hansen and Tom’s d’Etat. Another horse Drury had transferred to his care from (retired trainer) Frankie Brothers was Ohio-bred Takechargedelilah.

“I knew Frankie well from my early days at Skylight and he now assists with the Starlight Racing syndicate,” Drury said. “He called me one day and said he had this Ohio-bred filly that he wanted to send me. It was a great opportunity to have a horse for those owners and she ended up winning two stakes in Ohio and was named the Ohio-bred Champion 3-Year-Old Filly in 2018.”

Recently, Drury began expanding his stable and now has a small string of horses based at Churchill Downs. Drury, an avid University of Kentucky fan, is not shy of placing his horses where they need to win whether it be at Churchill Downs or tracks across Indiana and Ohio.

“Confidence has been the biggest thing for us with making sure our horses belong,” Drury said. “The good part about being at Skylight is we can send our horses to Ohio and Indiana to spots where we think they can win. Kentucky is the most difficult circuit in the country and it’s very special to now feel like we belong.”

Drury stated he’ll likely run a handful of horses the remainder of the 2019 Fall Meet before his stable gears up for the winter racing season at Northern Kentucky’s Turfway Park.

WORK TAB – Churchill Downs was bustling with activity Saturday morning as several stakes contenders recorded published workouts, including $600,000 Clark (GI) hopeful Tom’s d’Etat who worked five furlongs in 1:01.60 for trainer Al Stall Jr. … Sagamore Farm’s undefeated $120,000 Street Sense winner South Bend worked a bullet five furlongs in :59.60. South Bend is probable to enter the $300,000 Kentucky Jockey Club (GII) on Saturday, Nov. 30, according to trainer Stan Hough. … Possible Clark competitor Mr. Freeze breezed a half-mile in :48 through opening splits of :23.80 and :35.60 before galloping out five furlongs in 1:00.60, according to Churchill Downs Clocker John Nichols. … Owendale, who finished 10th in the $6 million Breeders’ Cup Classic (GI) returned to the work tab with a half-mile work in :48.80. Owendale could target the Clark as his next start, according to trainer Brad Cox. … For the complete Churchill Downs work tab, visit: https://www.churchilldowns.com/horsemen/racing/workouts.

For the latest scratches and changes information for the 11-race program, visit: https://www.churchilldowns.com/racing-wagering/toteboard/program-changes/. First post is 1 p.m.

DOWN THE STRETCH – Sunday is First Responders Day at Churchill Downs with free admission or a discounted $29 ticket to Millionaires Row for active first responders. … Every Sunday throughout the Fall Meet there is a “Stakes and Eggs” brunch special ($48 for adults and $25 for children) in the Stakes Room. 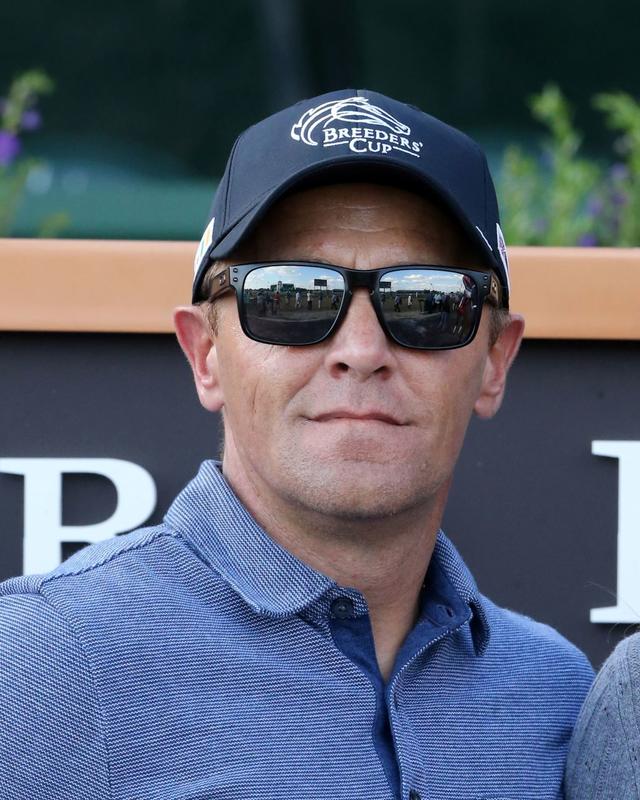