Cazadero, trained by Hall of Famer Steve Asmussen, dazzled in his debut on May 29 at Churchill Downs under Ricardo Santana Jr. Cazadero, a 2-year-old homebred son of Street Sense, sported an impressive work tab entering his maiden race which included a swift half-mile move in :46.40 from the gate at Keeneland. Since his debut, Cazadero has been stabled with Asmussen’s string at Churchill Downs.

Also entered in the race is Cazadero’s stablemate Hulen, who recently bested seven rivals by 1 ½ lengths in a 5 ½-furlong maiden special weight on June 12. Owned by Asmussen’s longtime owners Bill and Corrine Heiligbrodt along with Madaket Stables and Spendthrift Farm, Hulen was bred in Texas by the Asmussen family and was sold at the Fasig Tipton October Yearling Sale for $50,000.

Corey Lanerie will be in the irons from post 2. 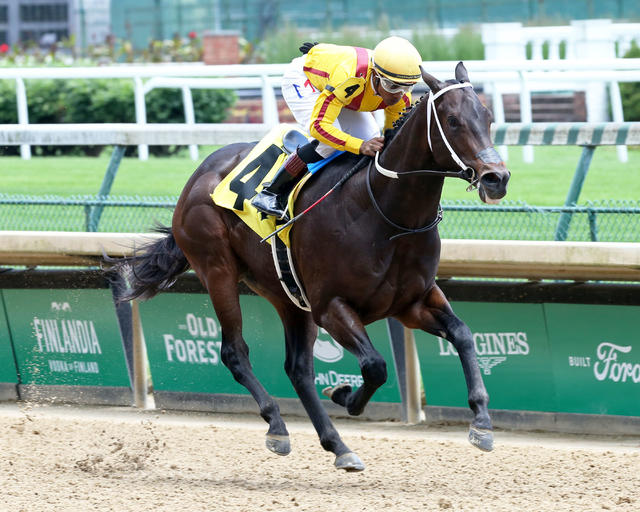