The 1 1/8-mile Wise Dan, run on the Matt Winn Turf Course, will share the spotlight Saturday with the $100,000 Audubon presented by TwinSpires.com, a 1 1/8 miles turf test for 3-year-olds. The Wise Dan was carded as Race 9, while the Audubon will go as Race 6. First post is 1 p.m. (all times Eastern).

Factor This, a previous $62,500 claim in 2018, has won five races with trainer Brad Cox, including back-to-back stakes victories in the $150,000 Fair Grounds (GIII) and $300,000 Muniz Memorial (GII). The 5-year-old son of The Factor has been working consistently over the turf course at Churchill Downs with his pilot Shaun Bridgmohan aboard.

“He just looks like a more mature horse this year,” said Bridgmohan, following his half-mile move in :47.60 on June 7. “He’s filled out and really gained a lot of size. Even from the Fair Grounds this winter he looks bigger here at Churchill.”

Factor This will try for his 10th career victory from post position No. 3.

Chief among the other rivals to Factor This is Live Oak Plantation’s 2019 Wise Dan hero March to the Arch. Trained by Mark Casse, March to the Arch began his 2020 campaign with a victory in the $150,000 Sunshine Millions Turf at Gulfstream Park and back-to-back third-place finishes in the $175,000 Tampa Bay (GIII) and $100,000 Appleton (GIII). March to the Arch traveled to California for his last start in the $300,000 Shoemaker Mile (GI) but finished a disappointing 10th. Florent Geroux will be in the irons for the Wise Dan from post 7.

The early National Weather Service forecast for Louisville calls for mostly sunny skies with highs in the low 90s. 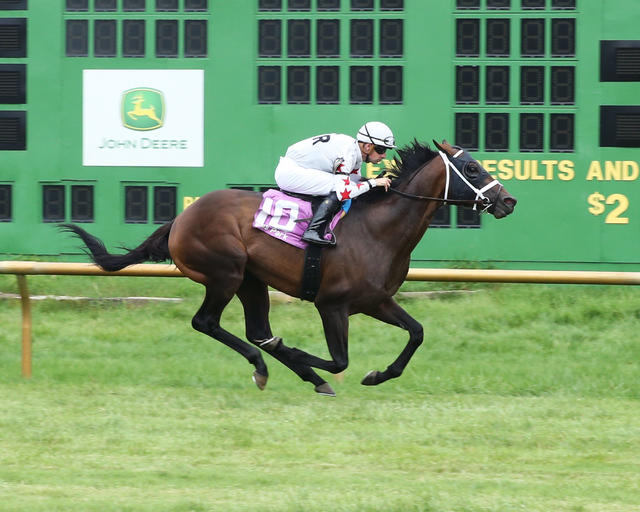